The hospitality boss who docked a worker’s pay by five hours because of his “excessive” phone use has revealed the insane backlash her business has faced following the scandal.

“The employee has been texting and emailing me saying he will escalate further to media if I don’t pay him immediately,” Ms Doyle claimed.

“The threats are very disappointing. There is no need to try to destroy someone’s business or their reputation.”

The former employee on Monday posted to Reddit complaining that he had been docked five hours of pay after his January 2 shift that he worked entirely “single-handedly”. 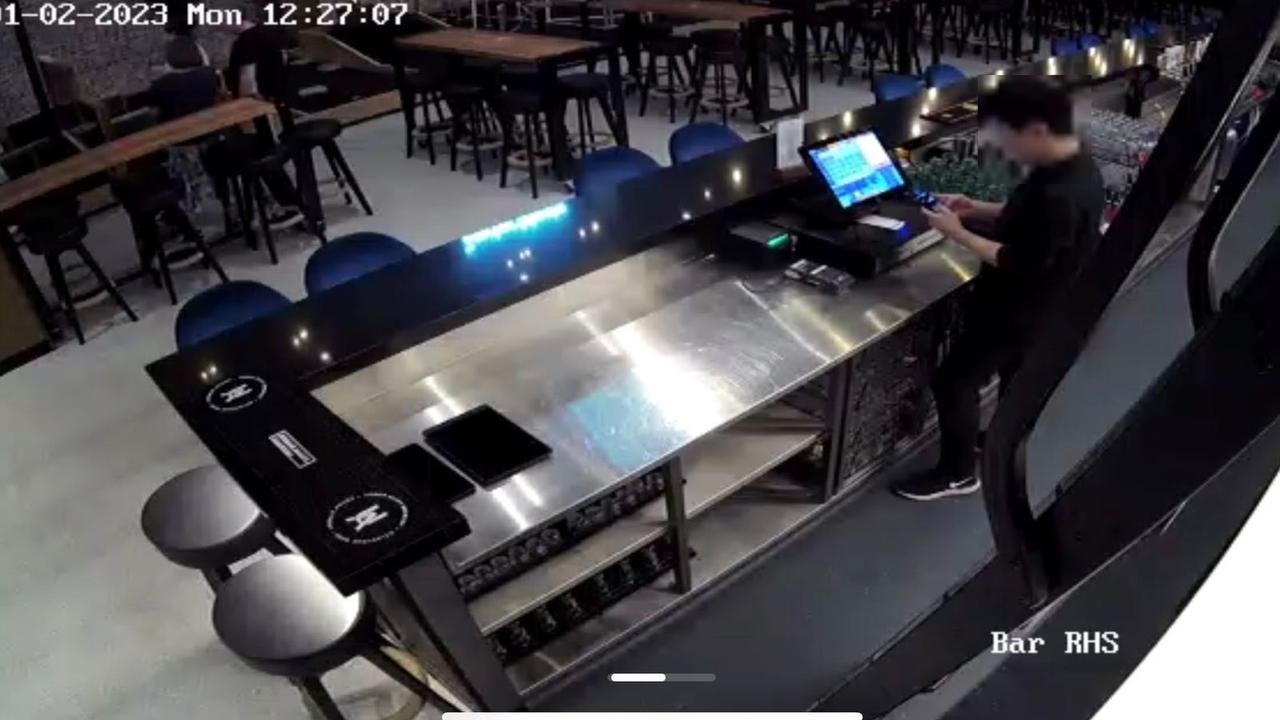 The worker has persisted in demanding he be paid by his former employer. Picture: Supplied

While he conceded he used his phone when there were no customers, his boss Ms Doyle – watching him on cameras from Sydney – said he actually used his phone for five hours straight.

“He worked close to nine hours and I paid him for four, which were the hours he was not on his phone,” she said, adding that he was “head down and engrossed in his phone” the whole time.

After taking the docking of his pay to social media, the internet responded by flooding Birdies’ Google page with false one-star reviews, and messaging Ms Doyle “vile” things on her business and personal social media accounts.

While some believe she broke the law by denying the worker pay for the full time he was at the business, she has maintained she sought legal advice and remains firm on not paying him.

“Fair Work is a fantastic resource. If the employee wants to he can contact them and Fair Work will investigate,” Ms Doyle said.

“To hold a business to ransom through fear of reputational damage is unnecessary and manipulative.” 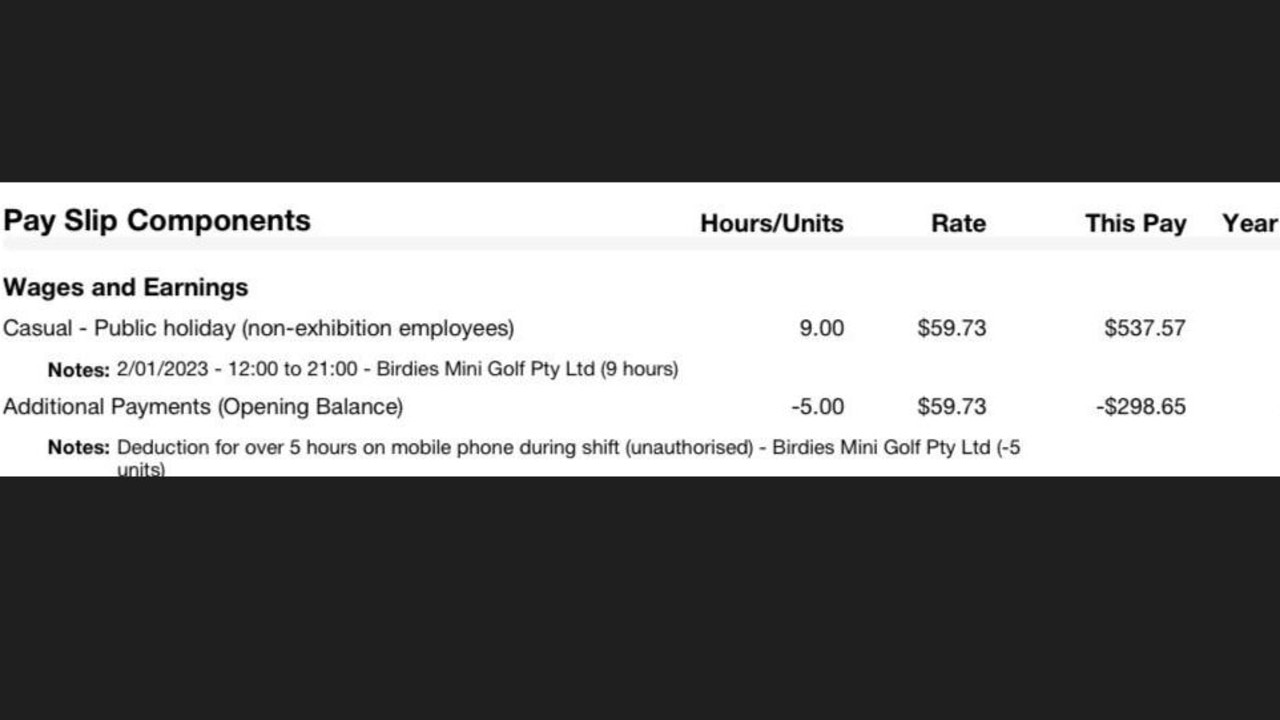 Close to $300 was deducted from the worker’s pay. Picture: Reddit

After his last shift, the worker texted Ms Doyle letting her know he wouldn’t be continuing at the venue, but according to his former boss, he later texted her “threats”.

He has remained insistent he gets paid the $298.65 he believes he is owed.

Speaking with news.com.au on Tuesday, he claimed he didn’t intend to launch a campaign against Birdies when he made the unflattering post online.

“This whole thing was not my intention when I posted on Reddit,” he said.

“However I will state that I did not sign a contract about pay deduction or phone use so what the owner did is wage theft.”

According to Fair Work, taking money from an employee’s pay is only legally allowed in a few specific scenarios, like if the employee agrees in writing and it’s principally for their benefit.

It would also be allowed if its in line with a law, court order, by the Fair Work Commission, or under the employee’s award. January 2 was the bartender’s final shift at the venue. Picture: Google Maps

If the employee agrees to it as part of their registered agreement, it would also be allowed.

The employee has denied threatening his former boss, telling news.com.au he just “emailed saying if she doesn’t pay I will go to Fair Work”.

He confirmed he told her he had been contacted by the media, but he didn’t mean it as a “threat”.

“I have also said in that email that I don’t condone what the other Redditors are doing. And this was not my intention when I posted to Reddit.”