A new map has revealed the parts of Australia at higher risk of bushfires this summer – with flood-ravaged parts of NSW likely to be the hardest hit.

After a year of drenching rains and major flood events, grass has grown at an exponential rate and increased the risk of grassfires for inland and western NSW.

The Australian and New Zealand National Council for fire and emergency services (AFAC) released its seasonal bushfire outlook on Tuesday, along with a map that shows higher bushfire risk zones.

“While many parts of Australia saw above average rainfall and significant flooding this year, the saturated ground in many of these regions supports enhanced vegetation and fuel load growth,” a statement from AFAC said. 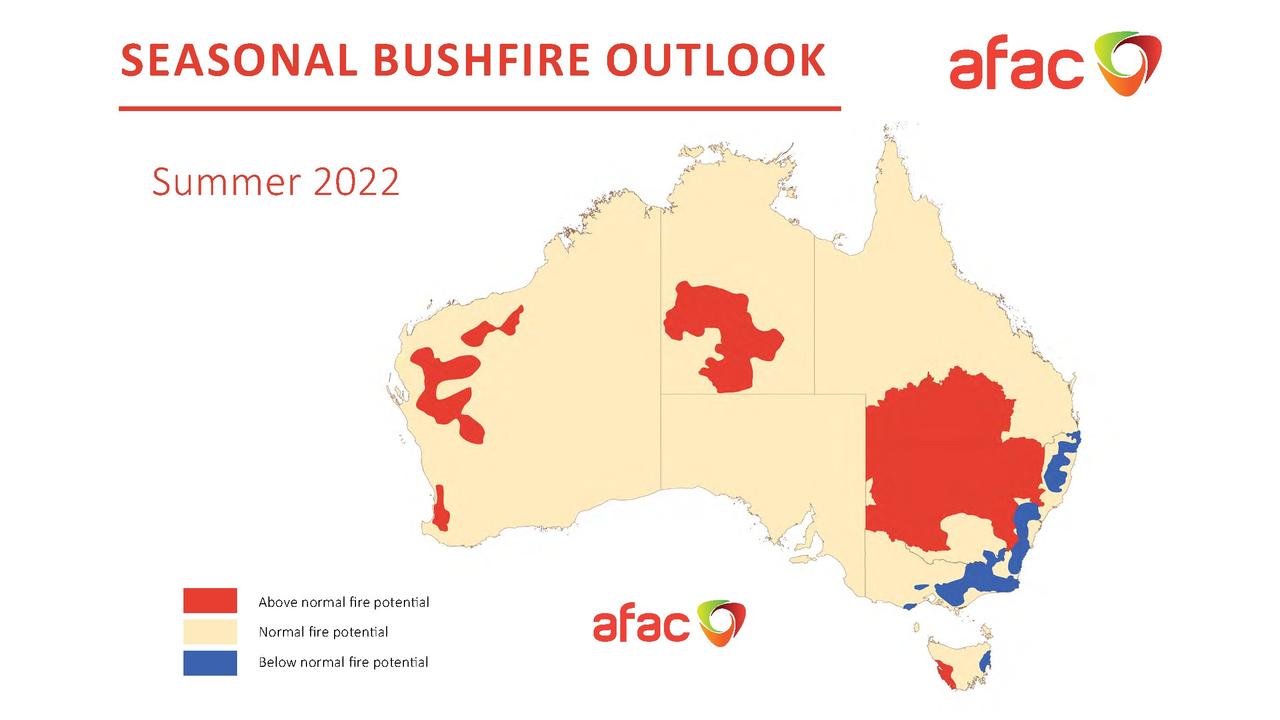 The bushfire outlook for summer has been released. Picture: AFAC

“This, coupled with expected warmer and drier conditions later in the season, is generating varied fire potential for summer.”

Large swatches of NSW, southwestern Queensland, Central Australia and parts of Tasmania and Western Australia are among the regions forecast to experience a higher risk of bushfires.

“Persistent above-average rainfall across most of NSW during spring has resulted in very high soil moisture and flooding throughout many areas,” the report stated. 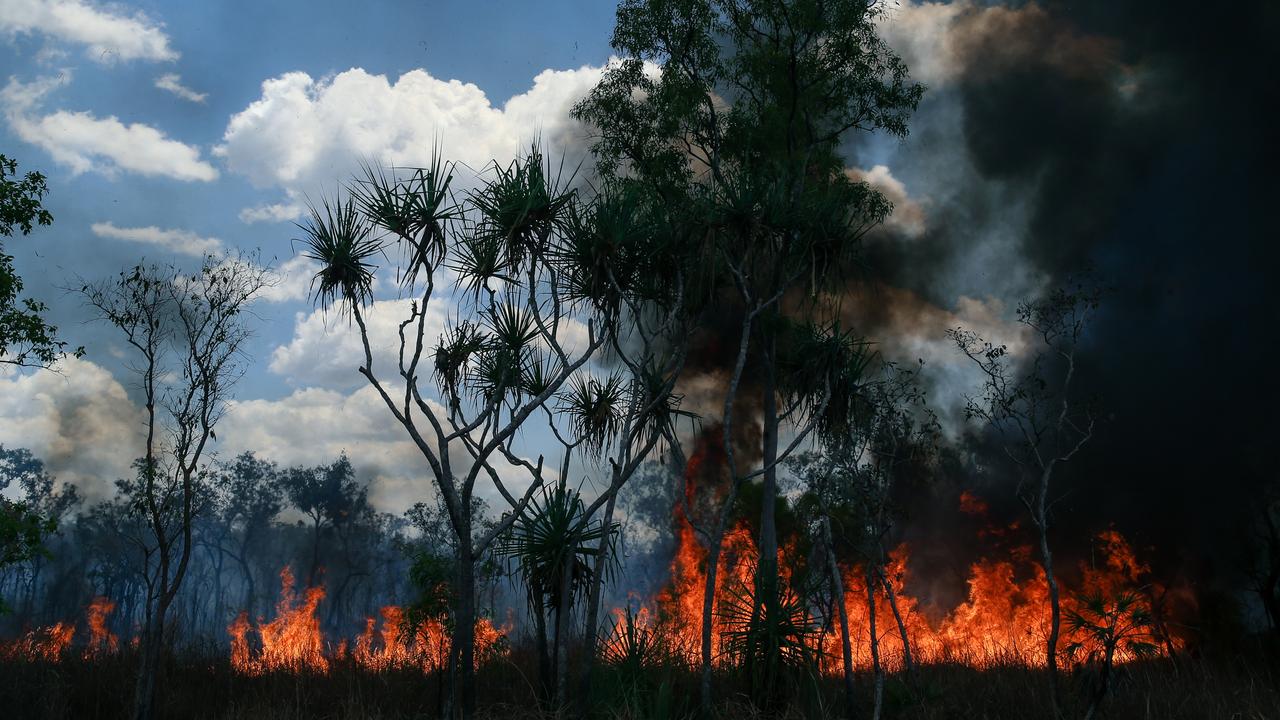 “However, with an expected return to more normal rainfall conditions over summer, these grass fuels are likely to cure and become more susceptible to fire,” the report stated. 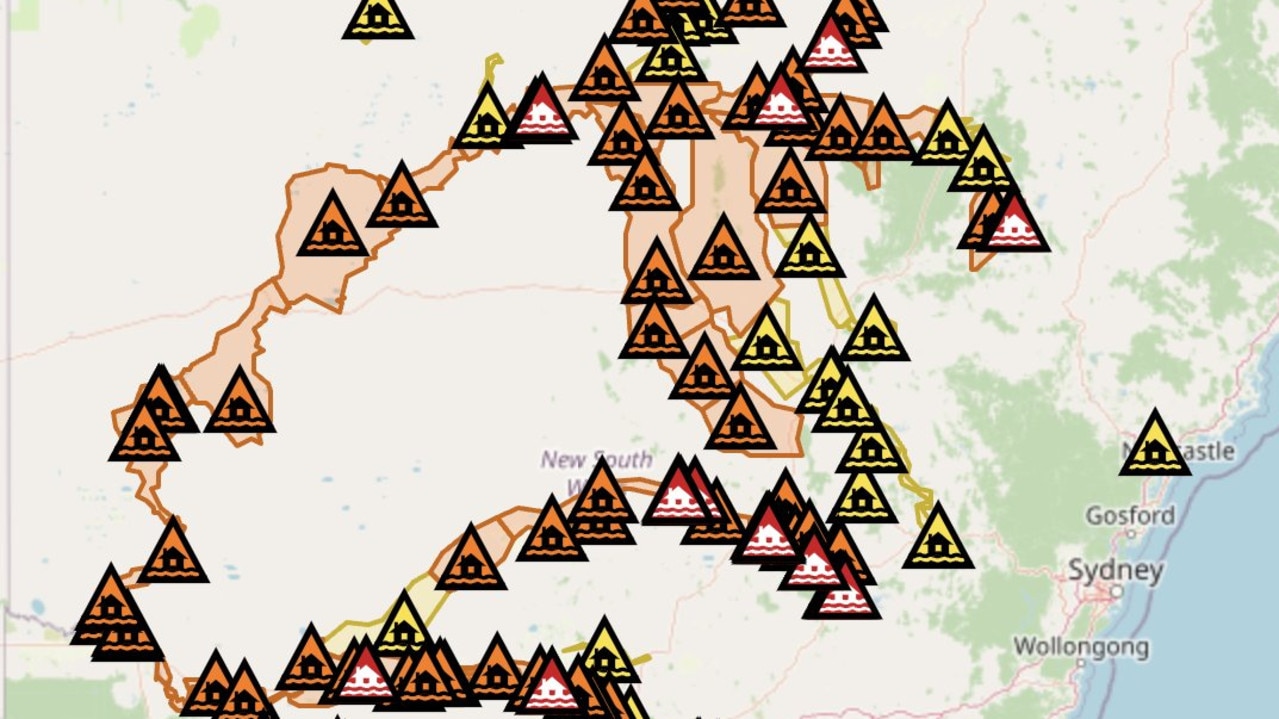 The bushfire risk is elevated for flood-devastated regions of NSW later into the summer season. Picture: NSW SES

Last week, the Bureau of Meteorology forecast a wetter-than-average Christmas for coastal NSW, most of Victoria, South Australia, large parts of Queensland as well as northern and eastern Tasmania.

Significant rainfall could lead to more flooding where rivers are already high, dams are full and catchments are wet. 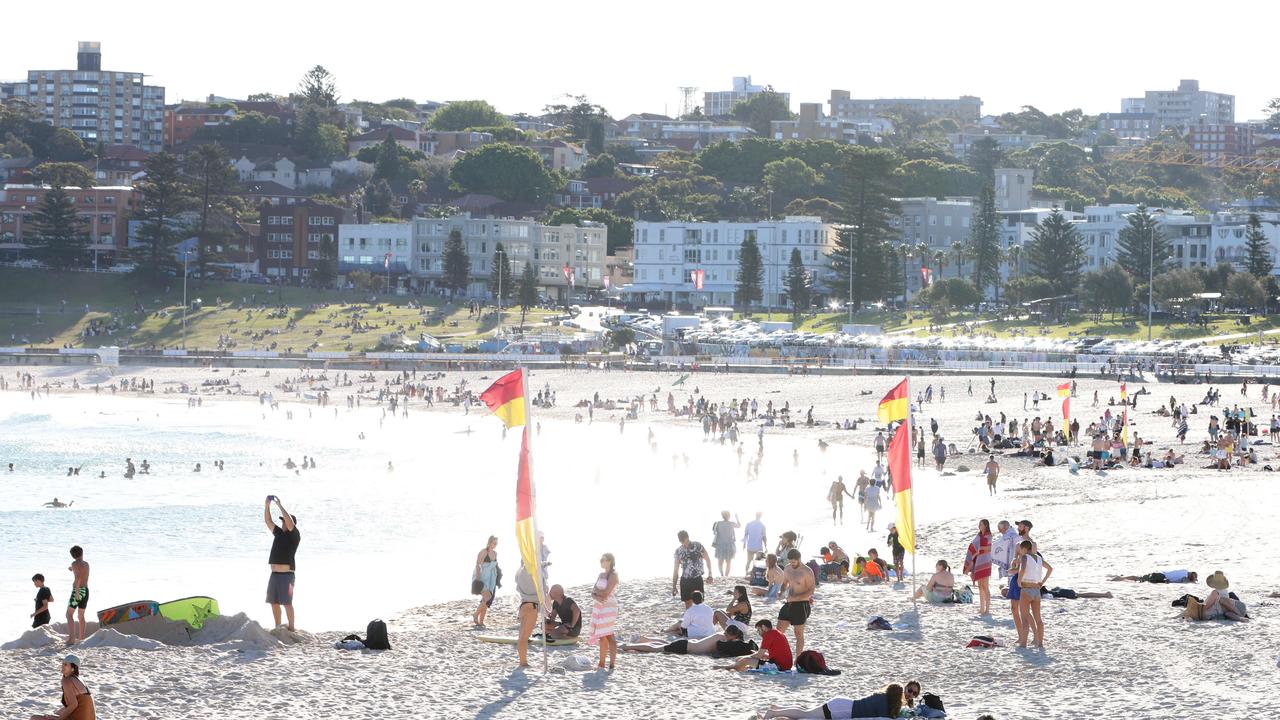 The bureau has warned of a wetter-than-average Christmas. Picture: Damian Shaw

Summer nights are expected to be warmer than average across the tropical north and some southern regions, including parts of Tasmania.

Warmer days are expected across most of WA and the Northern Territory, north and central Queensland coastal areas and parts of the south, including Tasmania.

There’s also an increased risk of tropical cyclones and heavy rain in northern Australia over summer due to rising ocean temperatures.