A body has been found in Eugowra, six days after a man went missing during severe flooding in the NSW Central West town.

NSW police officers found the body on the outskirts of the town about 3pm on Saturday after spending the week searching for the man, who was last seen at his home on Monday as flood waters surged down his street.

The body had not been formally identified on Saturday evening but police believed it was that of missing 85-year-old Ljubisa ‘Les’ Vugec.

The discovery comes three days after 60-year-old Dianne Smith’s body was also found near Eugowra, where residents were still cleaning up on Saturday after a “wall of water” hit the town early last week.

Emergency services are monitoring record flooding at Condobolin, which likely to experience its worst flood since 1894 when the Lachlan River peaks at an expected 7.8 metres on Wednesday.

Floodwaters from Forbes are currently rushing 85km downstream into Condobolin, a small town of about 3400 people, where residents in low-lying areas were told to evacuate before 2pm on Thursday.

Prepare-to-evacuate orders have also been issued for Bedgerabong and Warroo, west of Forbes, and low-lying properties around Menindee. 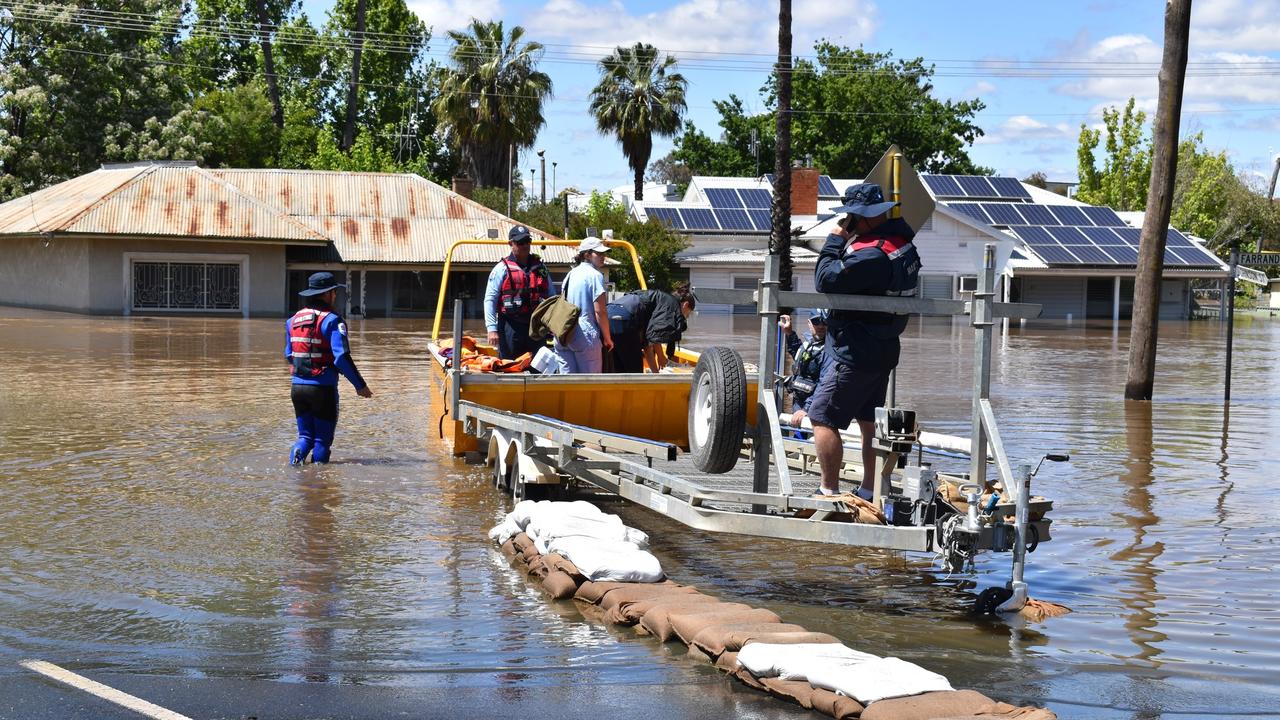 Emergency services are scrambling to prepare for the next flood, as Forbes continues to recover from extensive damage.

Flood waters began to recede in Forbes on Friday, reconnecting its cut-off southern suburbs to the CBD and turning the community’s focus to recovery and clean-up.

Forbes Shire Council mayor Phyllis Miller said she was frustrated the flood recovery base camp had been set up in Parkes, which is 32km away from Forbes.

We’re not a mob of dills out here in the country.”

“I’m endeavouring to try to get some of those recovery people in motels in our town,” she said.

“We’ve got 200 to 300 beds. They should be used, not setting up camps. It’s a nonsense. It’s a cost to taxpayers that should not happen.” 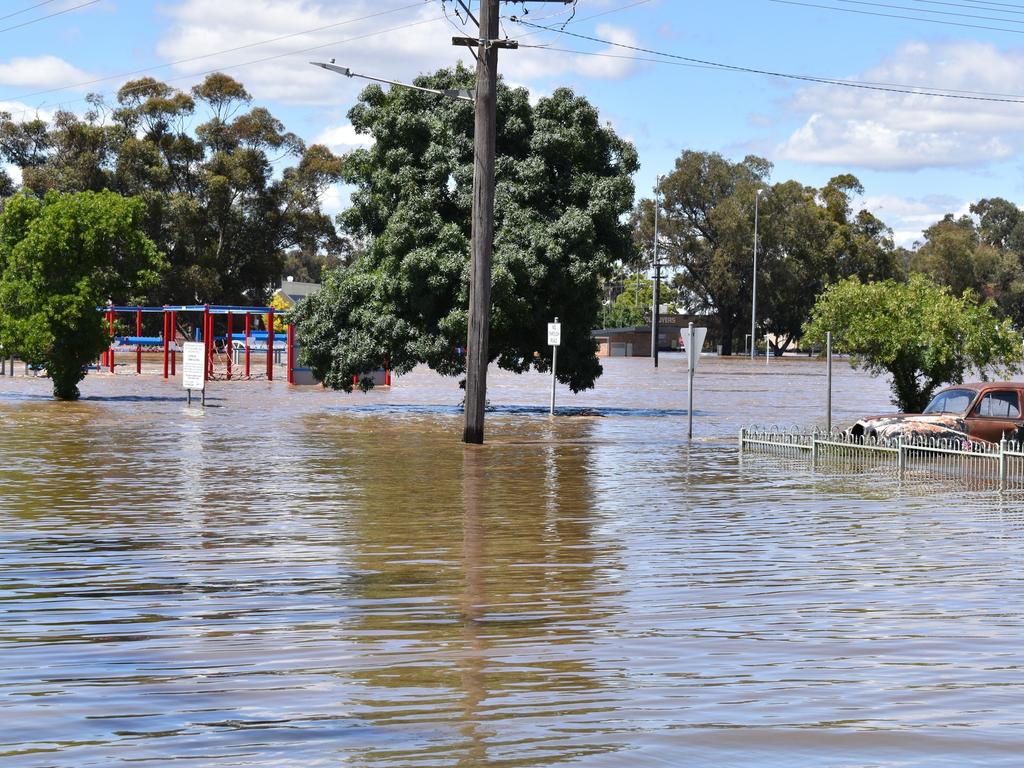 Floodwaters at Forbes is receding, while Condobolin residents are being warned flood levels may rise in coming days.

Ms Miller said the smaller neighbouring communities of Bedgerabong, Warroo, Corinella and Jemalong were all dealing with “serious flooding” on Saturday afternoon.

The NSW State Emergency Service on Saturday afternoon urged everyone in the region to remain on alert as predicted rainfall could cause more flash flooding in already full river catchments.

“While the weather is not expected to be as severe as last weekend, storms are unpredictable in their timing and location and may cause flash flooding and landslips,” the SES said in a statement.

“Windy weather can bring down trees, blow around outdoor items and remove roofs, so NSW SES advises people to prepare their properties now.” 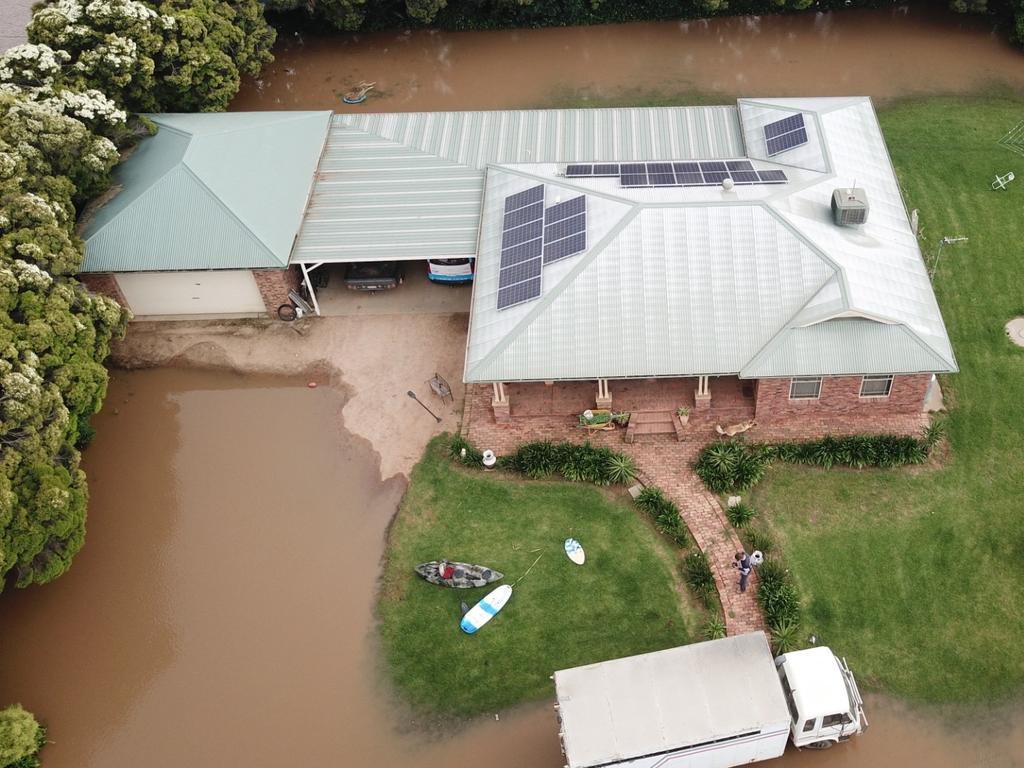 Mr Sullivan said there were many emergency services personnel in Condobolin to help the community prepare.

“We’ve got lots of SES in town … we have the ADF around supporting, lots of emergency response and community support in this town,” Mr Sullivan told Today on Saturday morning.

“We had a look around the town this morning and there’s significant preparation levels.

“Levees have been constructed, properties have been sandbagged with the aim to protect them from the rising floodwaters here.”

Mr Sullivan said there was “still a lot of water” in Condobolin, with more expected as water rushes downstream on the Lachlan River. 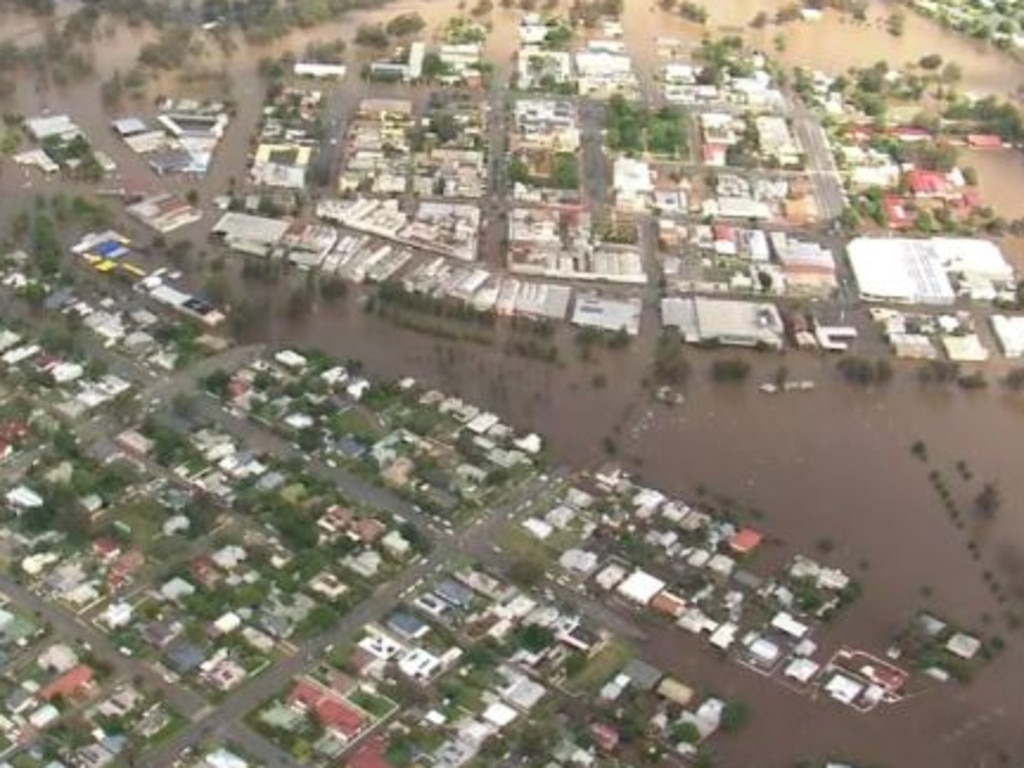 Homes were devastated by flooding in Eugowra. Picture: Nine 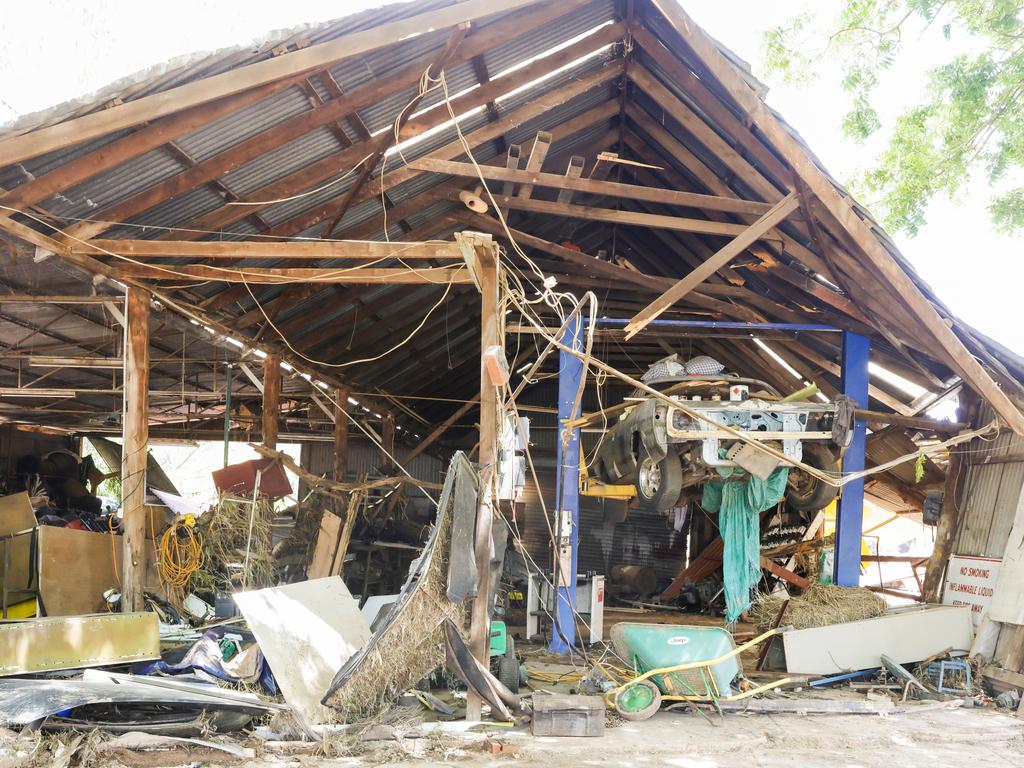 Mr Sullivan said there were 256 calls for help in the past 24 hours, nine of which were flood rescues.

“Our safety advice is don’t drive, ride and walk into floodwaters at all,” he said.

“We have seen multiple flood rescue activations around in Forbes and Leeton this morning for cars that have driven into floodwaters and occupants of those vehicle have needed to be rescued.”