Anyone driving through Sylvania in Sydney’s Sutherland Shire in recent months would likely have spotted a handpainted banner on the side of the road in huge, bright red letters reading, “COLES HOME INSURANCE I’M STILL WAITING …”

The unmissable sign, hanging from metal fencing in front of a fire-damaged property on the busy Princes Highway, was even adorned with plastic skeletons for Halloween — one holding a phone, just to drive home the point.

“You wouldn’t think you’d get treated like s**t paying a policy for so long,” said Damian Palisi. “I’ve been here for over 25 years, my kids were brought up here.” 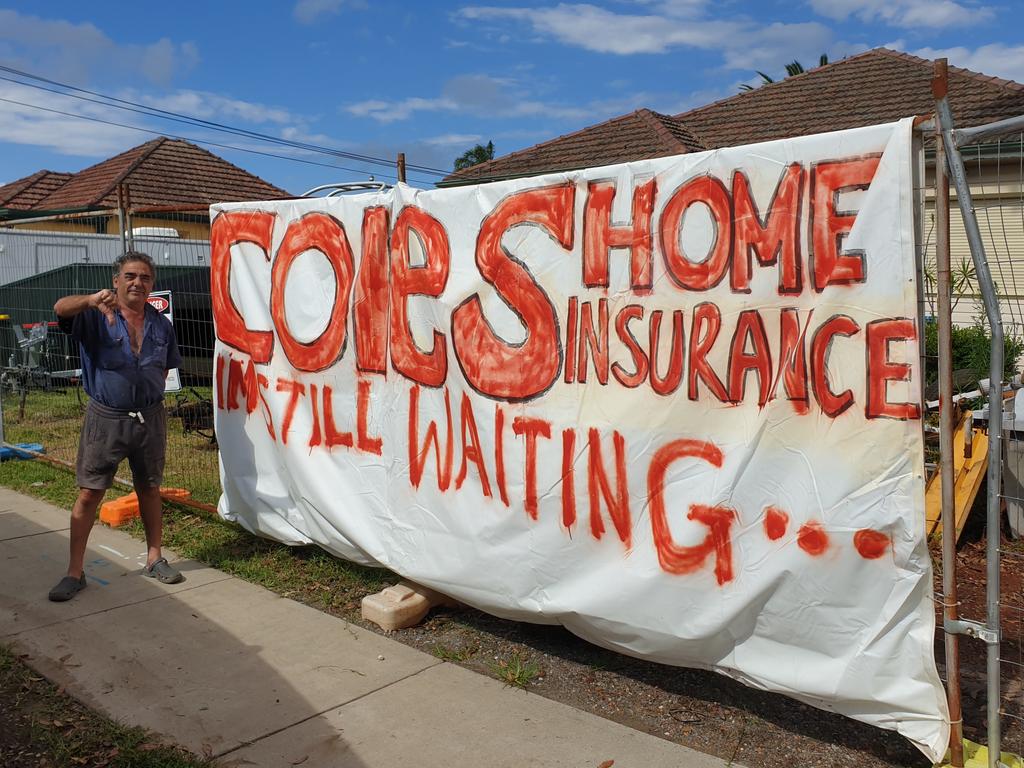 Damian Palisi says he has been left in limbo by Coles Insurance. Picture: news.com.au

For nearly six months, the 58-year-old has been forced to live in a “cockroach-infested” motel just up the road while being left in limbo by Coles Insurance, which he says has refused to pay out his home and contents policy.

“I rang the insurance company today — I’ve had enough,” he told news.com.au on Monday. “I woke up with a f**king cockroach on my face today.”

Mr Palisi says the sign — which attracted attention online this week — was painted by his daughter as a public protest.

“I’m about to add to it very soon,” he said. “It’s going to be ‘Slow, Slack, Dangerous’. It’s wrong what they have done — all I want is my home. I have been treated with that much disrespect.”

In August last year, Mr Palisi was asleep on the lounge when he woke to a “banging and crackling” outside. His spa had caught fire during the night, with the pergola and back of the house soon engulfed in flames. 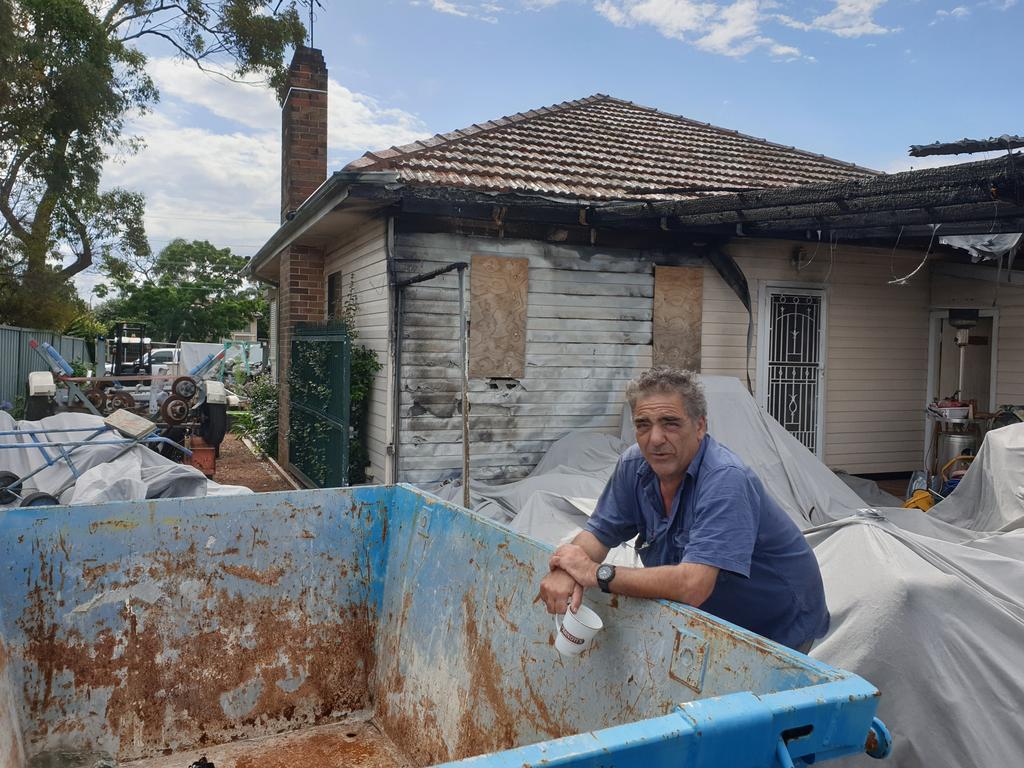 His Sylvania home was damaged by fire in August 2022. Picture: news.com.au

The former boat repairer suffered burns and smoke inhalation trying to put out the fire, which rendered the house uninhabitable and left asbestos dangerously exposed.

According to Mr Palisi, Coles Insurance has “done f**king nothing” to secure the asbestos or begin repair work because the company — after inspecting the site and seeing dozens of boat motors strewn about the yard — accused him of running his business from the property, voiding his policy.

But Mr Palisi insists he was forced to shut down his boat repair business in 2017 due to injuries from being knocked off his scooter in a hit-and-run accident at Taren Point.

“So I sold a lot of crap and kept what I wanted to keep,” he said.

“I’m a bit of a hoarder as you can see. All of these are mine. I do admit it looks like a boatyard, but they’re my bits of s**t. They reckon I’ve been running a business from here but that’s not true — all of these motors have been here for five years, nothing really has moved. You look at Google Earth and the same s**t’s here. If I was doing business it’d be different boats and this and that.” 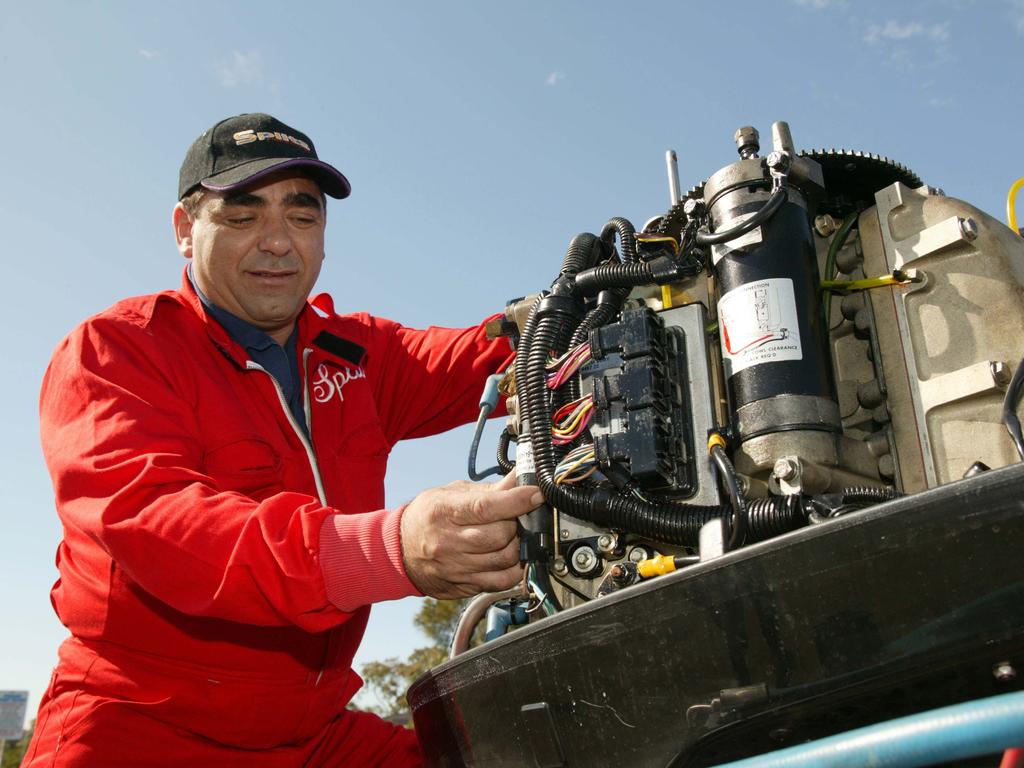 He now does boat transport for a living — but insists none of his business is conducted from the property.

Mr Palisi, who estimates the total repair bill will be around $300,000 to $400,000, has been waiting for a final determination from Coles Insurance for more than five-and-a-half months.

He says he has co-operated fully with the insurer’s investigation to prove he was not running a business, forking out more than $15,000 in legal fees so far, but still can’t get an answer.

“I’ve been open and honest, I let them look at everything,” he said.

Even after receiving the fire investigation report earlier this month “they still won’t give us an answer, yes or no, if they’re going to pay”.

In the month after the fire, Mr Palisi said the insurer would “basically do nothing” and the stress put him back in hospital. “I’m on the phone stressing at them and ended up with really bad chest pains,” he said.

“I went to the hospital and ended up having five bypasses.” 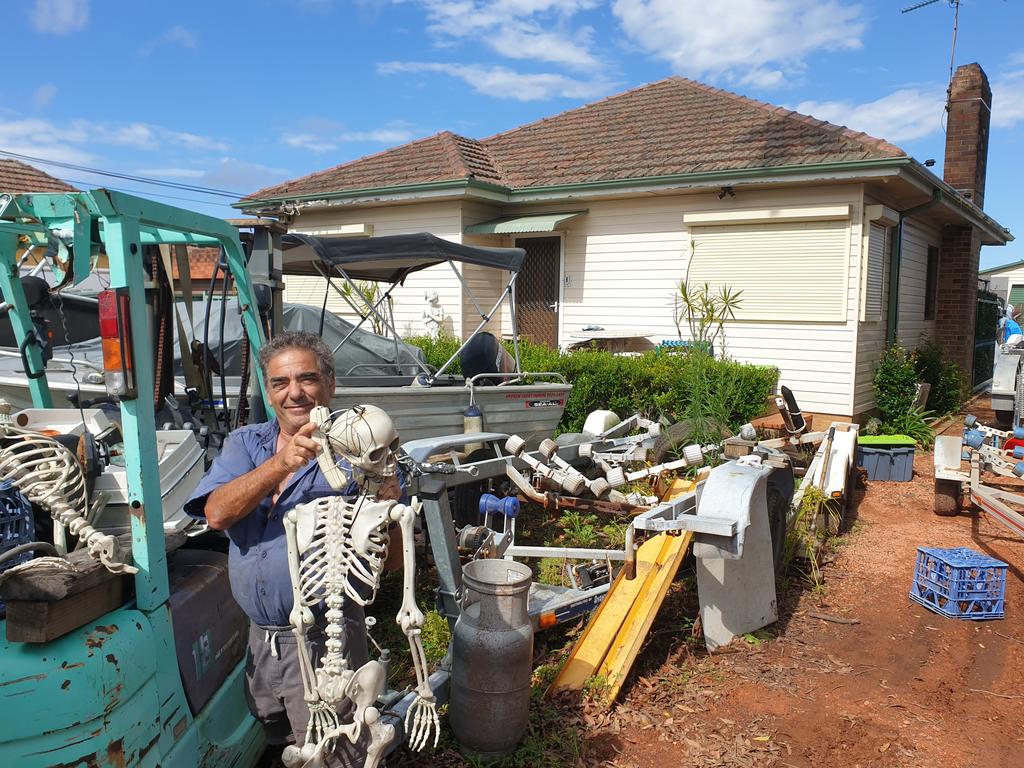 The insurer alleged he was running a business from the property. Picture: news.com.au

In the months since, nothing has been done to clean up the damage or properly secure the asbestos. “I’ve been ringing them up about it, they wouldn’t talk to me,” he said.

“Eventually I got onto the people that did the make-safe, that cut off the electricity. They sprayed this with glue and paint that lasts for seven to 10 days [to keep the asbestos down], but it’s been going everywhere for ages. They left it exposed since the day of the fire. It puts other people in danger. Asbestos has washed down here on rainy days out past the footpath. It’s just so bad.”

Mr Palisi claimed Coles Insurance, which is underwritten by IAG — the country’s largest general insurer — “said they wouldn’t spend a cent on anything until it’s approved”.

“I wanted to pay and get it all removed [but] Coles said you’re not to touch anything,” he said.

He blasted the insurer as “dangerous to people”. 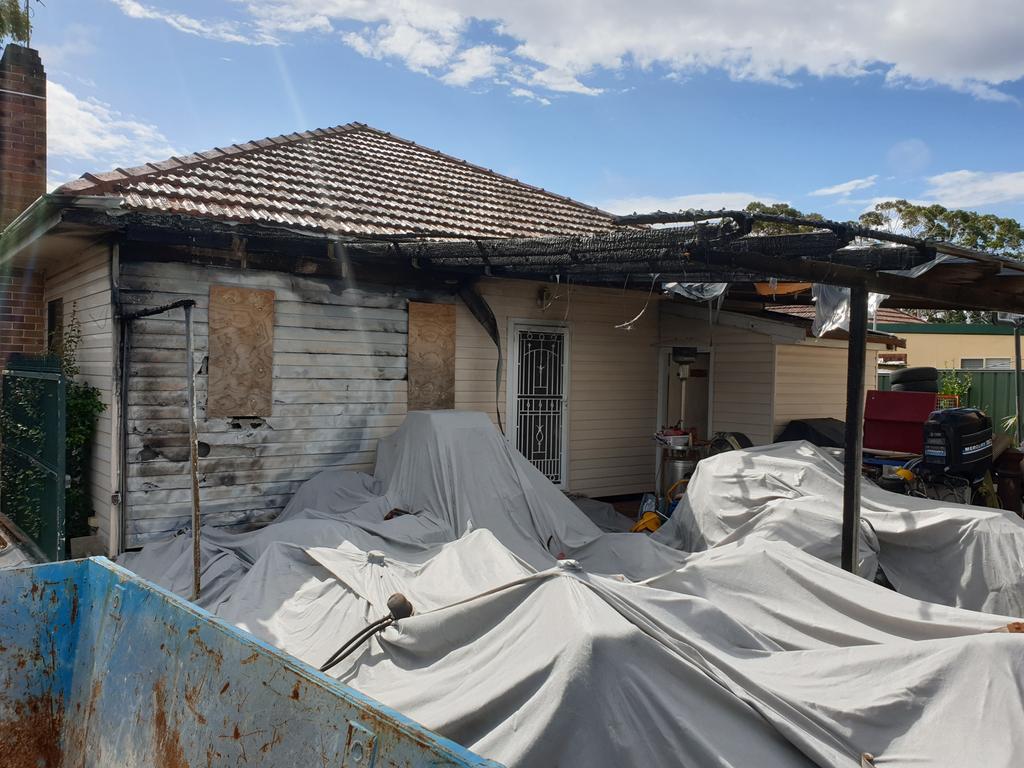 IAG says it has been ‘in regular contact with our customer’. Picture: news.com.au

In a statement on Thursday, a spokesman for IAG said its “focus is helping our customers get back on their feet as quickly as possible and we’re dedicated to providing our customers with immediate support and the most efficient claims experience possible”.

“When assessing claims, we may need to review the circumstances of a claim in more detail before providing a final decision,” he said.

“Following the fire, arrangements were immediately made for a make-safe repair at the customer’s home to ensure it was safe and secure, and that there was no loose asbestos at the property. We also arranged for a hygienist to inspect the property and provided temporary accommodation for our customer.”

He added, “The team has been in regular contact with our customer to finalise all the necessary information required, some of which has been recently received. We’re in the process of reviewing this information and will provide a further update to the customer as soon as possible.”