A cinnamon-obsessed man has splashed more than $150 to secure himself seven pastries and avoid an hours-long queue at a cult-favourite US cinnamon bun shop that’s just opened its first store in Sydney.

The beloved US-based chain Cinnabon opened its first NSW bakery in Haymarket in Sydney’s CBD on Sunday, with people waiting more than three hours for the frosting-drenched rolls.

The hype inspired Sydney-based personal trainer, Josh R, 32, to make an ad on Airtasker and offered $110, plus the cost of the buns, for someone to wait in the line.

The call out read: “The line at Cinnabon Haymarket is huge and I’d like someone to pick up a box of original Cinnabon for me”. 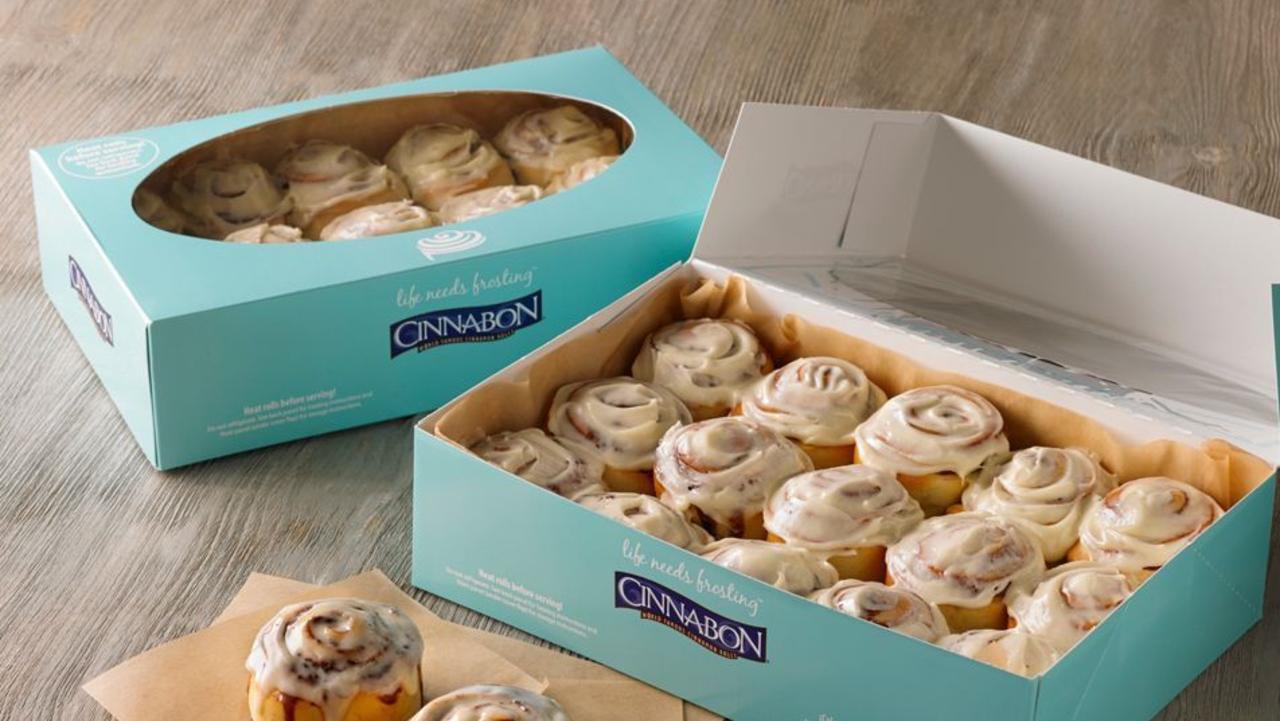 The man forked out $110 for a box of the frosting-filled cinnamon treats. Picture: Supplied.

Accepting the task, fellow Sydney man Yen-Tin Liu told NCA NewsWire he waited just under two hours, and estimates there were 150 to 200 people in the line.

“It was frustrating because they kept on changing the limit on how much people could purchase and certain flavours would sell out,” he said.

In the end he secured two classic Cinnabon rolls, one Caramel PecanBon, and four MiniBon Rolls, which came to $41.50.

He also managed to get two extra rolls for his girlfriend and his colleague.

“She said it was good but not worth the two-hour wait,” said Mr Lui.

The beloved bakery opened its first store in Washington, US in 1985 and has since opened 1200 bakeries in 48 countries, with seven other stores in Victoria and Queensland.

The brand also had a cameo in the Emmy and Golden Globes nominated television show, Better Call Saul, in which the titular character, Saul Goodman is seen working at a Nebraskan store while on the run. 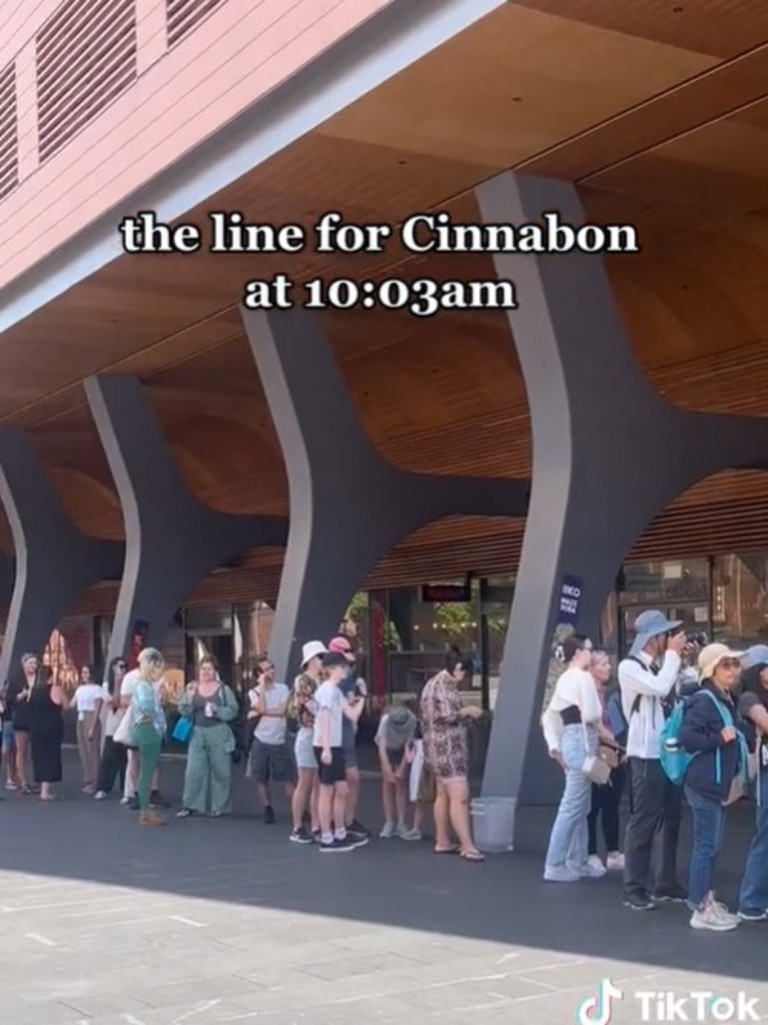 The line snaked around the Haymarket dining quarter. Picture: TikTok. The opening times on Cinnabon’s website warned pastry-hungry customers that staff may cut off the queue an hour before closing time to prevent people from missing out.

On TikTok, videos of the Sydney store shared queues dozens of people deep over the weekend. In the comments, people shared their experiences of waiting, with some people waiting more than three hours for the pastries.