A heroic father has died after swimming into a rip to save his daughter’s life on the mid north coast this afternoon.

Emergency services rushed to Back Beach at Black Head, 25km north of Forster, after the man was pulled from the water unconscious.

Officers were told the man’s teenage daughter became caught in a rip at around 3pm. 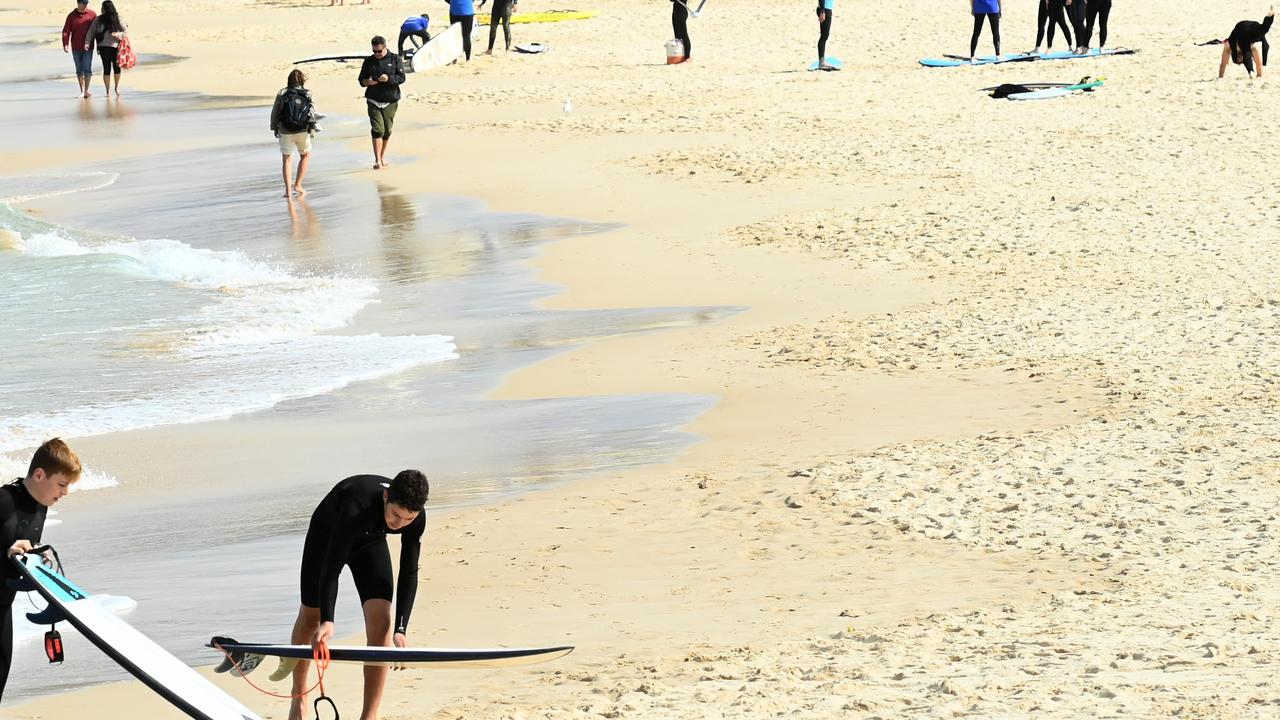 The father attempted to rescue his daughter from a rip, however was unable to keep himself afloat. Picture: NCA NewsWire / Jeremy Piper

The 42-year-old then went into the water to try and save his daughter before becoming caught himself.

A nearby surfer was able to bring the girl onto his board and take her to shore.

He then returned to save the man, however he was found unresponsive in the surf before being taken to the beach.

Members of the public attempted to give the man CPR until paramedics arrived, however the man was unable to be revived.

A report will be prepared for the information of the Coroner.