Local tech start-ups in NSW will have the opportunity to access funding and mentorship under a partnership between the state government and global investment firm Techstars.

One of the largest pre-seed investors in the world, Techstars will join Sydney’s “Tech Central” employment and innovation corridor, with applications for its new accelerator program opening on Monday.

Each year, 12 successful candidates will gain access to mentors, a network of corporate relationships, investors, and alumni over 13 weeks.

“From our location in Tech Central, founders will have the opportunity to participate in an accelerator program that will build upon their entrepreneurial skills, help them find product market fit, and uncover innovative solutions that can make lasting impact across the community,” she said. 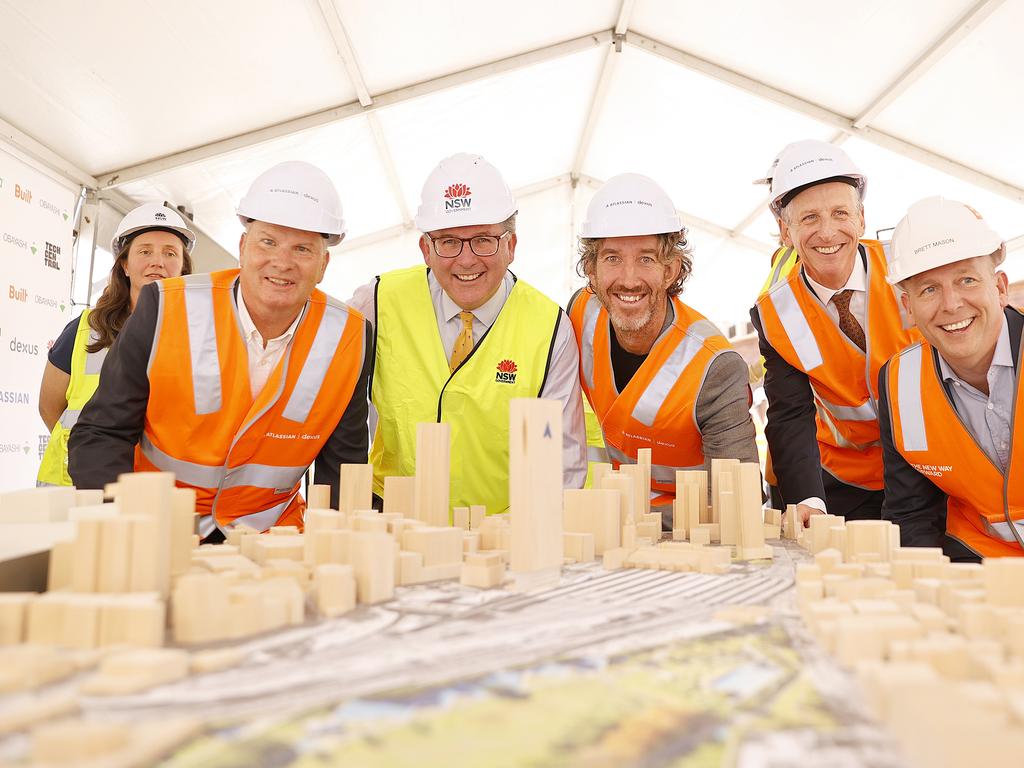 Alister Henskens with Atlassian Co-Founder and Co-CEO Scott Farquhar, and others including Dexus CEO Darren Steinberg at a construction site of the Tech Central district in Sydney. Picture: NCA NewsWire / Dylan Coker

The precinct is made up of six neighbourhoods close to the city centre which are home to universities, researchers, start-ups and innovators including software giant Atlassian.

“Already home to global powerhouses such as Atlassian, Canva, ROKT and Safety Culture, Tech Central will support the growth of next generation cutting-edge companies with the addition of Techstars,” Mr Henskens said.

“Techstars graduates include 20 companies (worth more than $1bn), start-ups that went on to raise millions of dollars, employ thousands of people and list publicly on stock exchanges around the world.”

Mr Henskens said more support for global and local accelerators and incubators would be announced later in 2023.

Working to strengthen the NSW start-up ecosystem and small and-medium sized enterprise capability is one of the key pillars of the Perrottet government’s strategy of fostering new digital technology companies.