Federal Police claim to have stopped $8 billion in illegal drugs from reaching Australian streets this year, with its top commander issuing an ominous warning to organised criminals over the holiday break.

More than 3000 offences, ranging from serious organised crime to human trafficking, were investigated by Australian Federal Police (AFP) officers over the last 12 months.

But even with the year wrapping up, AFP Commander Kate Ferry on Friday delivered a stern warning to criminals. 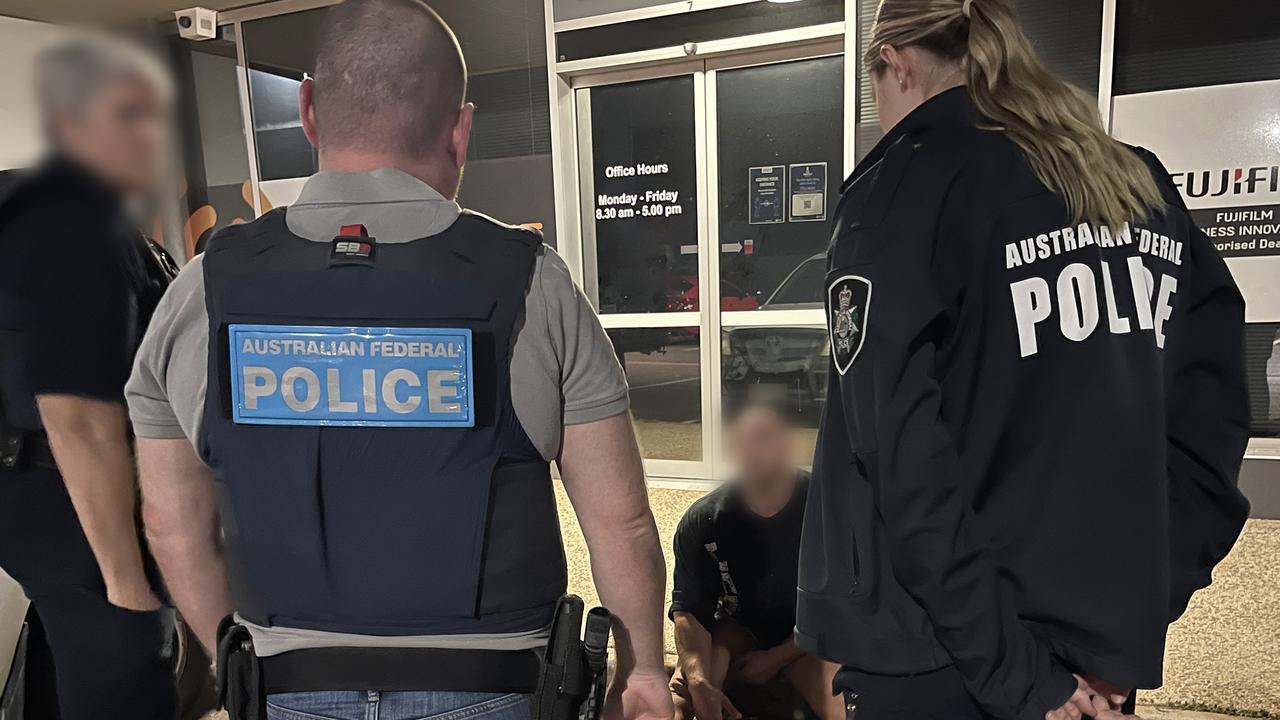 A Darwin man alleged to be involved in a major crime syndicate was arrested earlier this year. Picture: Supplied by AFP 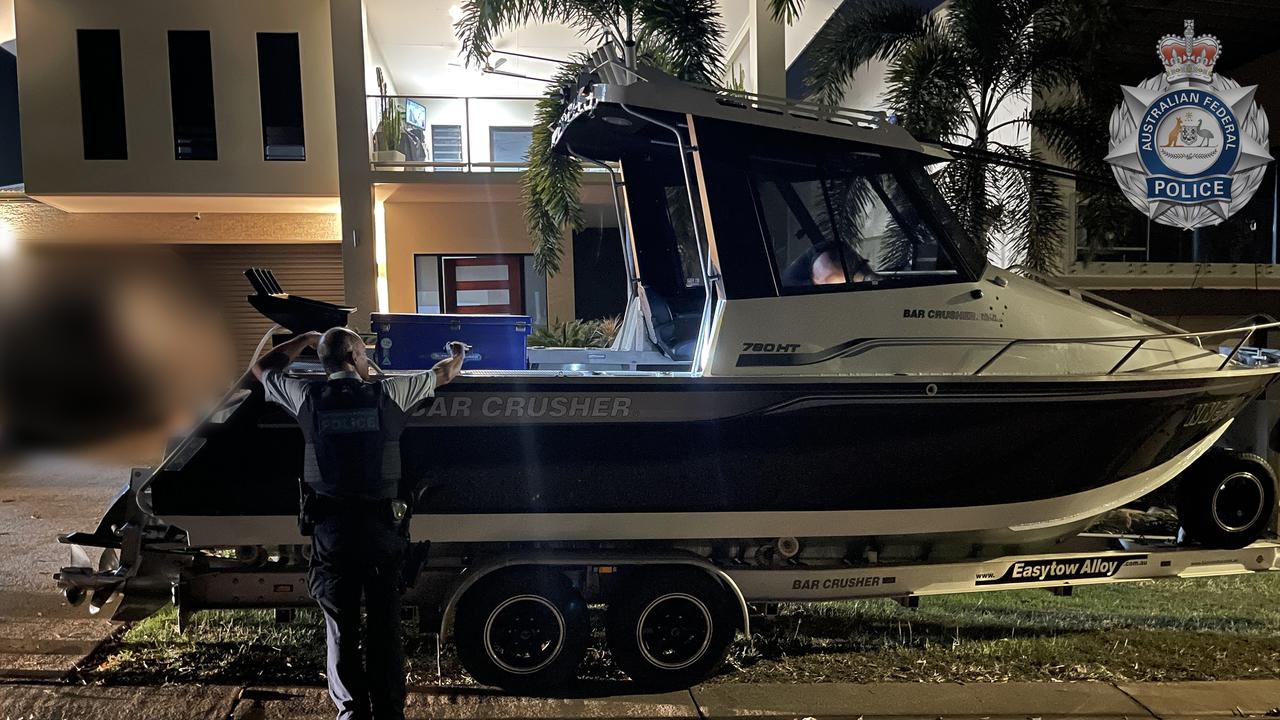 The Darwin man’s 7.8m boat (pictured) was suspected to be an instrument of crime.

“Our message to criminals, from organised crime syndicates through to cybercriminals, fraudsters and everything in between, is that the AFP won’t be slowing down over the holidays,” Ms Ferry said.

“Our work is never done. Our commitment and momentum continues and we will be targeting you.”

Images released by the AFP reveal the extent of their activities, with an AFP spokesman saying about 19,653kg of methamphetamine, heroin, cocaine and MDMA were seized.

Another 21kg of precursor items used to make the drugs were also discovered.

In Queensland, two men were charged for their alleged involvement in a money laundering syndicate, with officers discovering a safe loaded with cash concealed under the staircase of a Bardon property earlier this year.

In Sydney, a woman was charged with attempting to import 25kg of amphetamine, with officers discovering multiple luxury goods that included designer handbags, shoes and a Rolex watch. 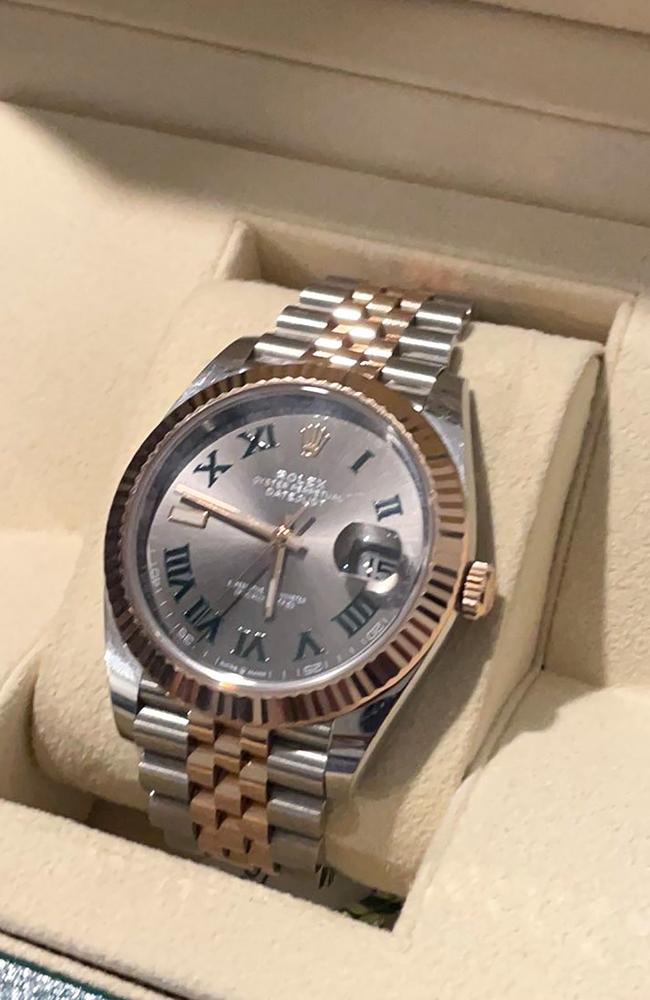 A luxury Rolex watch, among other items including handbags and shoes, was seized from a Sydney woman’s home in November. 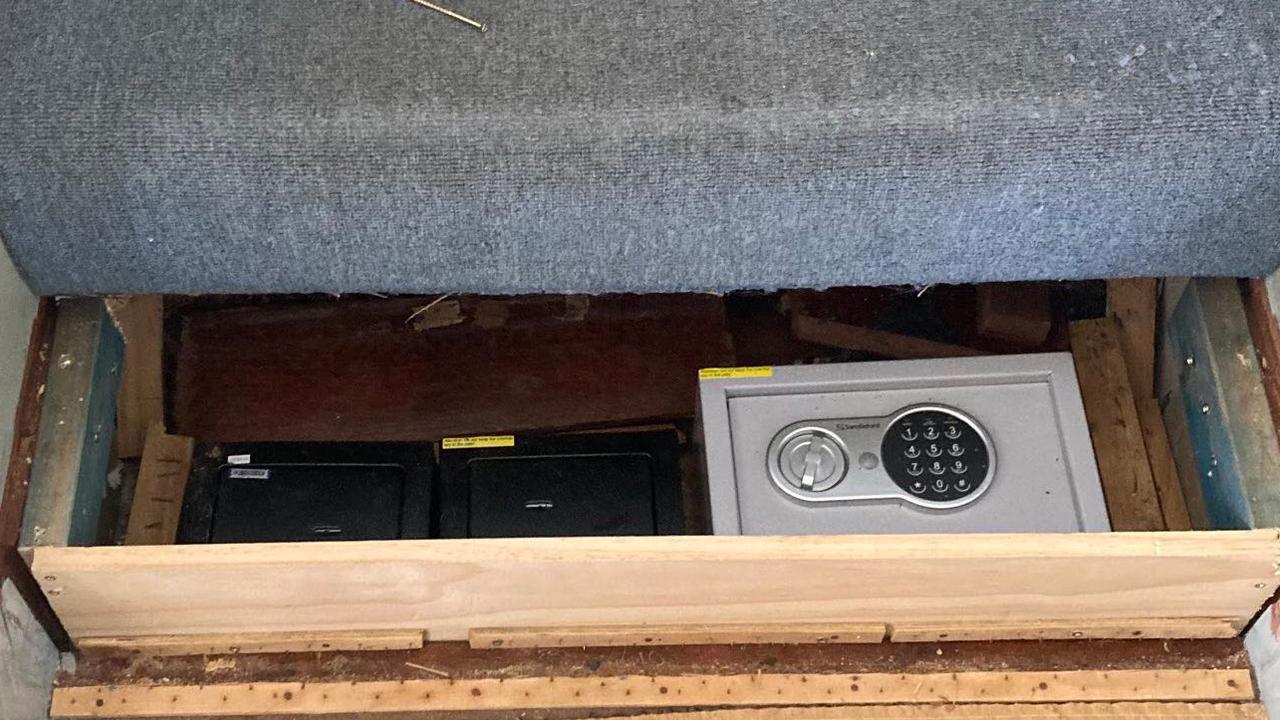 Two Queensland men were charged for their alleged involvement in a money laundering syndicate. They were allegedly responsible for laundering $4.5m in cash since February last year, after the AFP discovered safes and cash hidden under the stairs of a Bardon property (pictured). 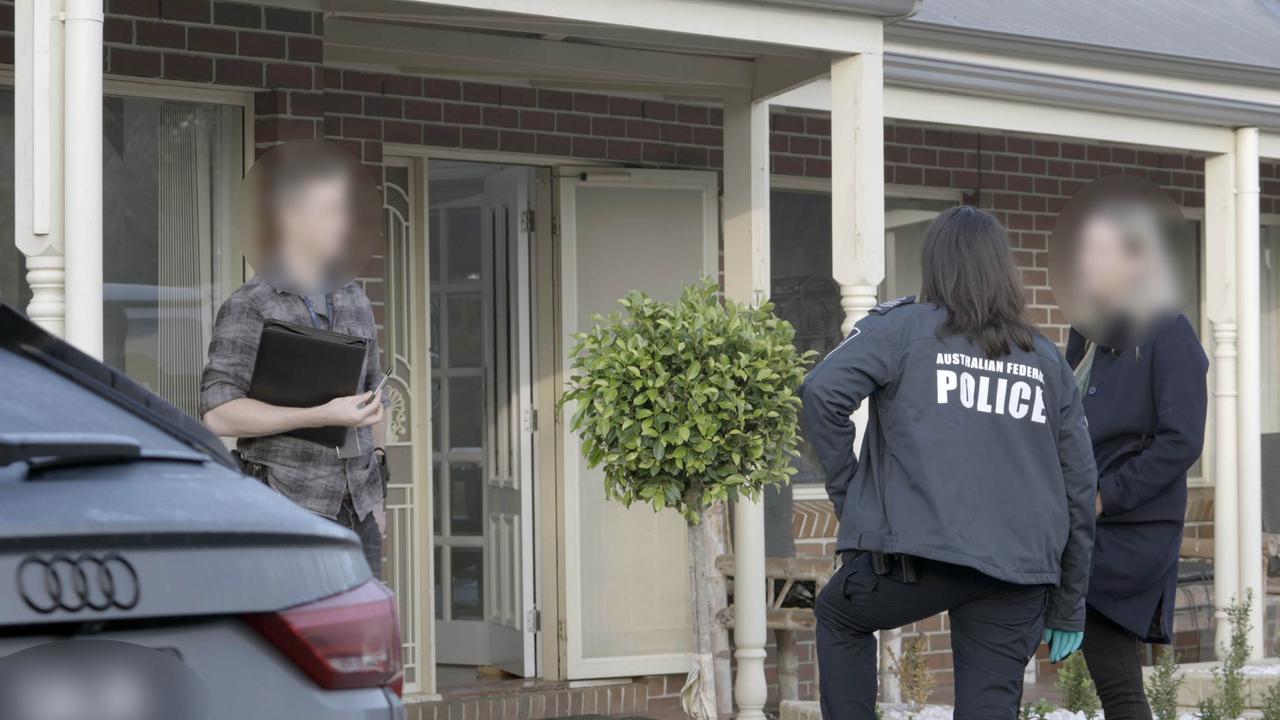 Multiple people were arrested as part of Operation Fuji – launched in November last year after 400kg of methamphetamine was seized at Kuala Lumpur International Airport. It was consigned to an address in Melbourne, with arrests made in April.

It is estimated these items prevented more than $8 billion in drug-related harm reaching the Australian community, the spokesman said.

One major bust involved officers dismantling a criminal network allegedly importing and manufacturing hundreds of kilograms of cocaine under the alleged direction of a Columbian-organised crime syndicate.

Nine people were arrested across Queensland, the Northern Territory and NSW. 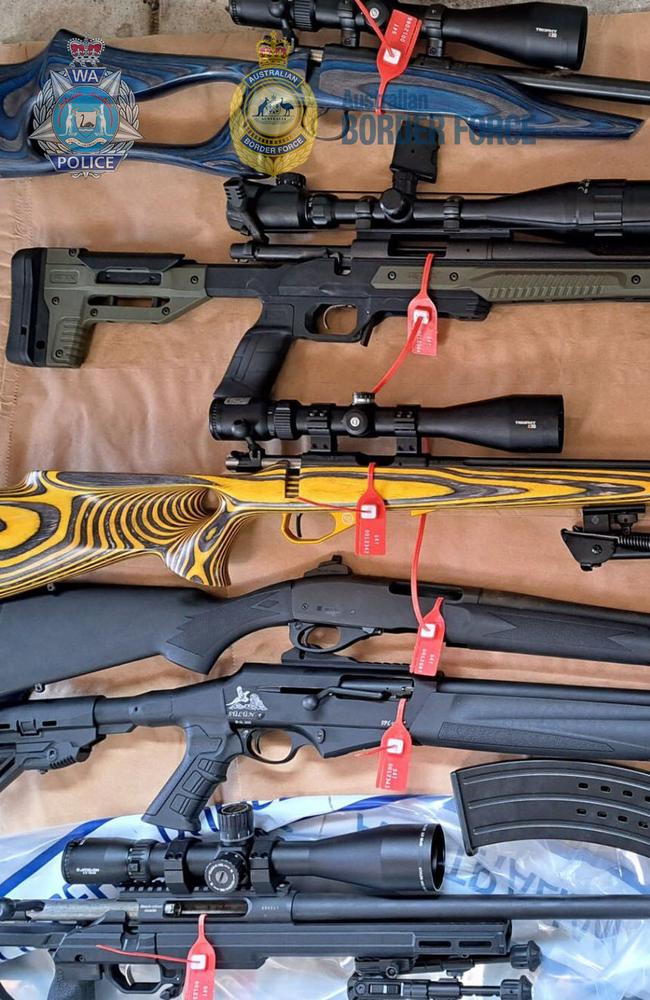 Multiple firearms (pictured), ammunition and a smoke grenade were discovered at a Perth home. Two SKS semiautomatic assault rifles capable of firing 40 rounds per minute, a double-barrel shotgun, three bolt action rifles and 10,000 rounds of ammunition were part of the alleged haul. 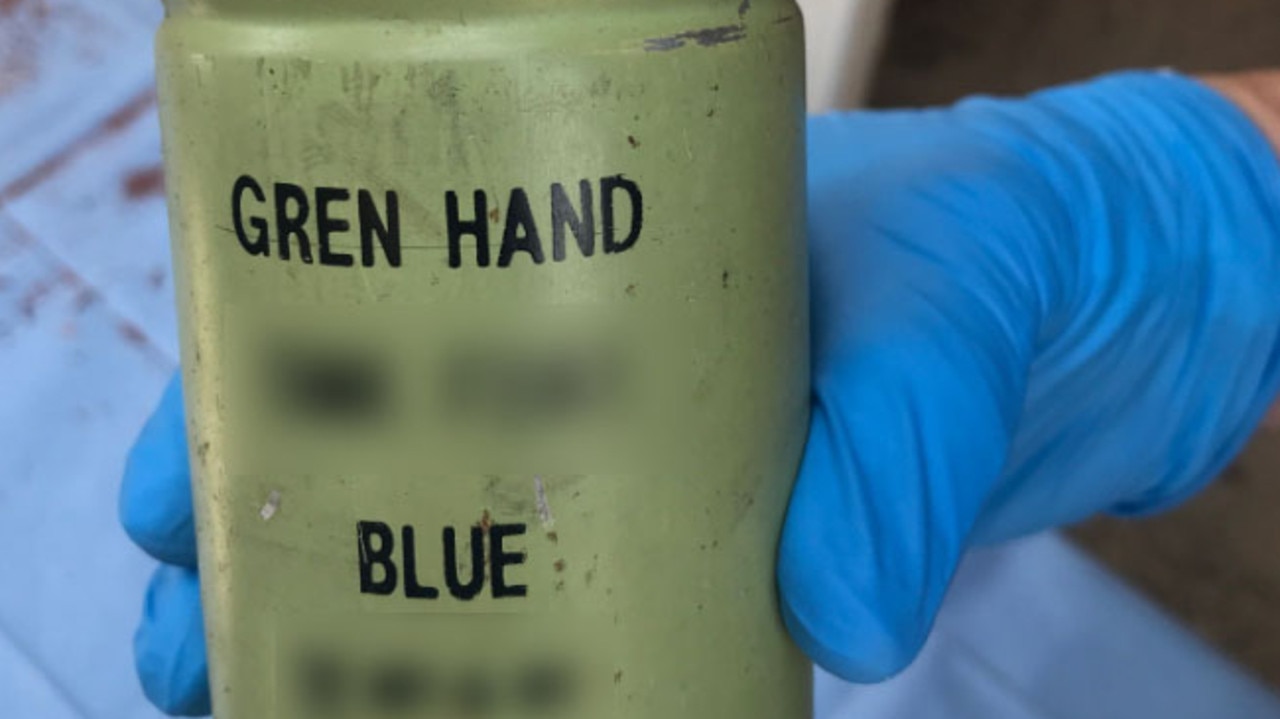 One of the men, 33, who is alleged to be the head of the operation, was arrested in Darwin, with police seizing his 7.8m boat.

“These seizures have delivered a major blow to organised crime, but more importantly, they have protected countless lives that would have been affected by these drugs,” Ms Ferry said.

“We are incredibly proud to have made a difference in just 12 months, whether it be for users, healthcare workers, emergency services or families that deal with drug issues each and every day.” 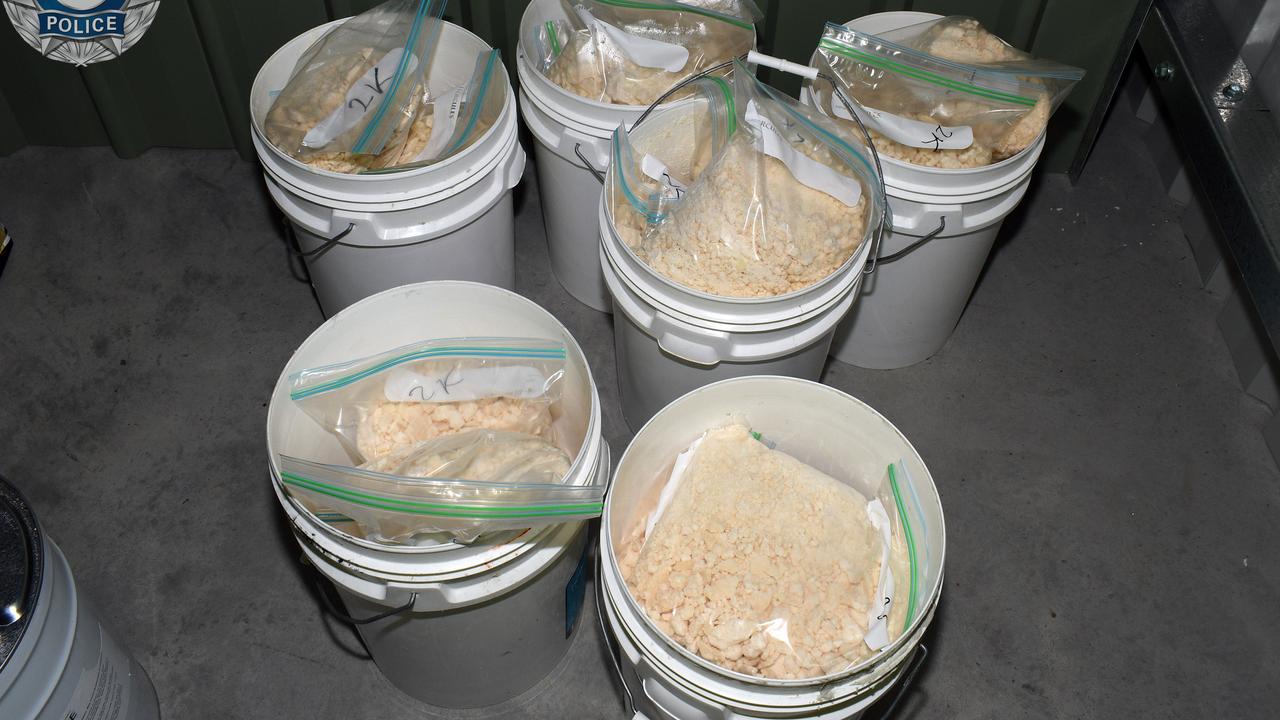 Part of the AFP’s massive haul of more than 19,600kg of drugs seized across the country.

In total, 792 people were arrested and charged with more than 2000 offences over the year.

Ms Ferry reiterated the AFP’s fight against child exploitation, with a significant grant to the International Criminal Police Organization (INTERPOL) for the enhancement of a critical international database. 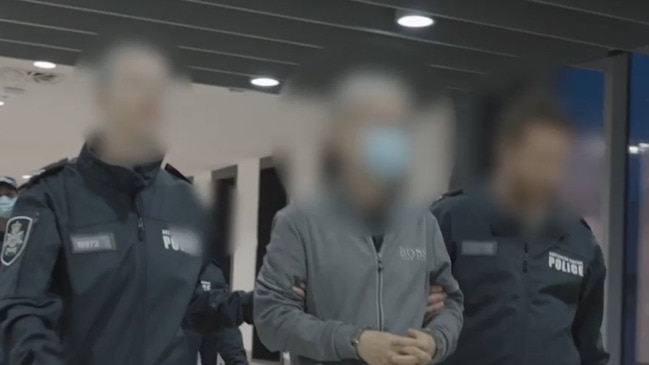 She said 213 people were charged with 1301 offences relating to alleged child exploitation between January and November alone.

To address human trafficking, the AFP protected 53 individuals, including women and children, who were at risk of forced marriage, forced labour and being purposely left overseas between July last year and November 2022.