A huge lightning bolt struck the ground in a south-east Queensland suburb as about 16,00 homes lost power due to thunderstorm activity.

Queensland experienced a drenching overnight as remnants of Ex-Tropical Cyclone Ellie hammer most of the state with significant rainfall totals and thunderstorm activity.

A resident of Redcliffe, north of Brisbane, shared shocking footage of the moment a lightning bolt hit the suburb and lit up the night sky. 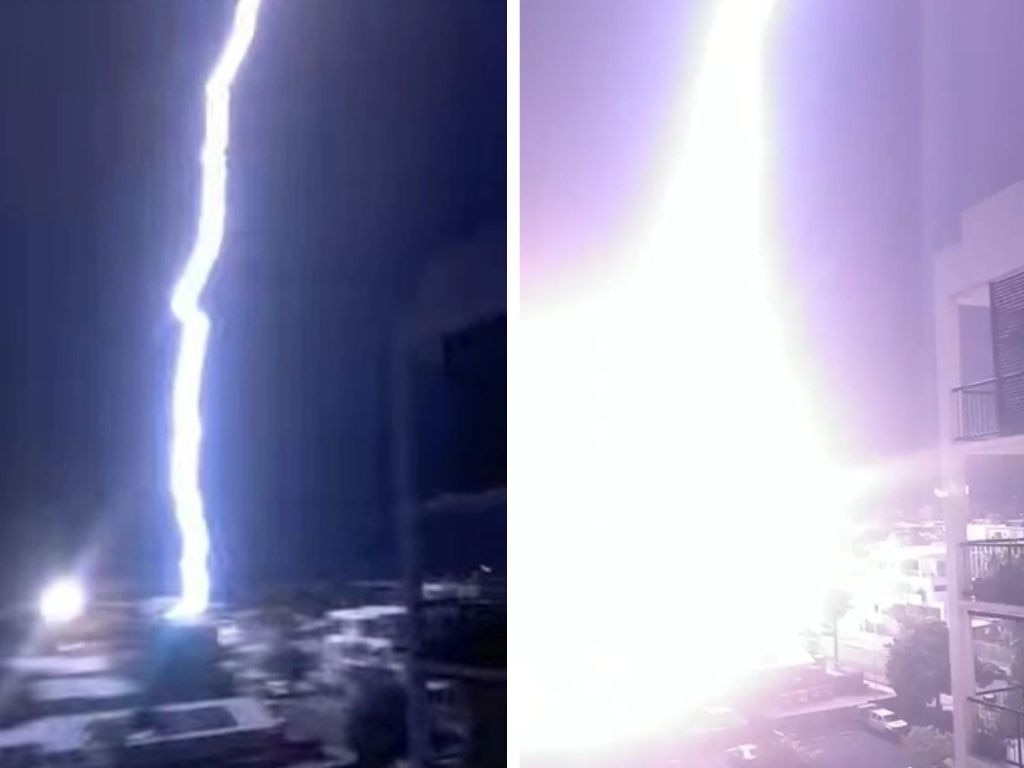 Dramatic video has captured the moment a bolt of lightning hit Brisbane.

There are still more than 1000 properties out of power as of 7am, with 840 of those in the northern Brisbane suburb of Kallangur.

Major flooding is being experienced on the Georgina River in far-west Queensland while further north, moderate flooding has been reported on the Flinders River.

Significant thunderstorms smashed Greater Sydney on Wednesday afternoon as a severe weather alert was at about 2.30pm. 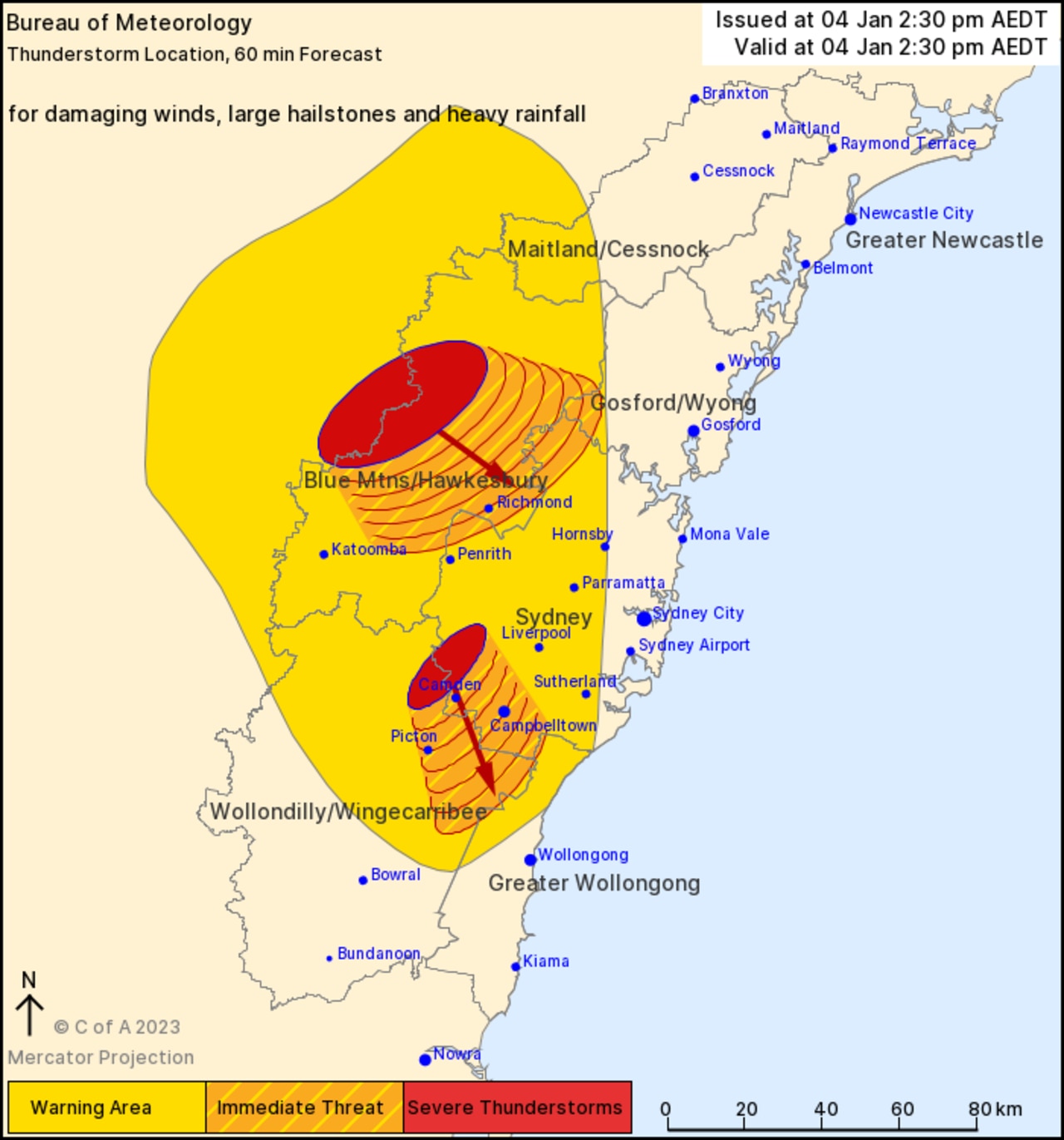 A severe storm warning was issued for Sydney on Wednesday afternoon. Picture: BOM

The Bureau of Meteorology warned severe thunderstorms were detected on the weather radar near Bilpin, Colo Heights and Badgerys Creek.

A flash flood warning was issued as damaging winds and heavy rainfall lashed the region.

A wind turbine caught fire off the Hume Highway near Goulburn and was gushing black smoke into the air.

#NSWRFS crews are on scene at a wind turbine fire, off the Hume Highway at Breadalbane. The fire, visible from the surrounding area and the highway, is burning high on the turbine and out of reach of firefighting resources, but is contained. Only report unattended fires to 000. pic.twitter.com/AMlBk2Go6v

NSW Rural Fire Service crews attended and were able to contain the blaze.

More storm activity is expected to linger in parts of NSW and Queensland through Thursday, though it appears to be pushing north away from Sydney.

“We are going to be seeing some severe storms today most likely from the Blue Mountains up to south-east Queensland,” Sky news Meteorologist Rob Sharpe said. 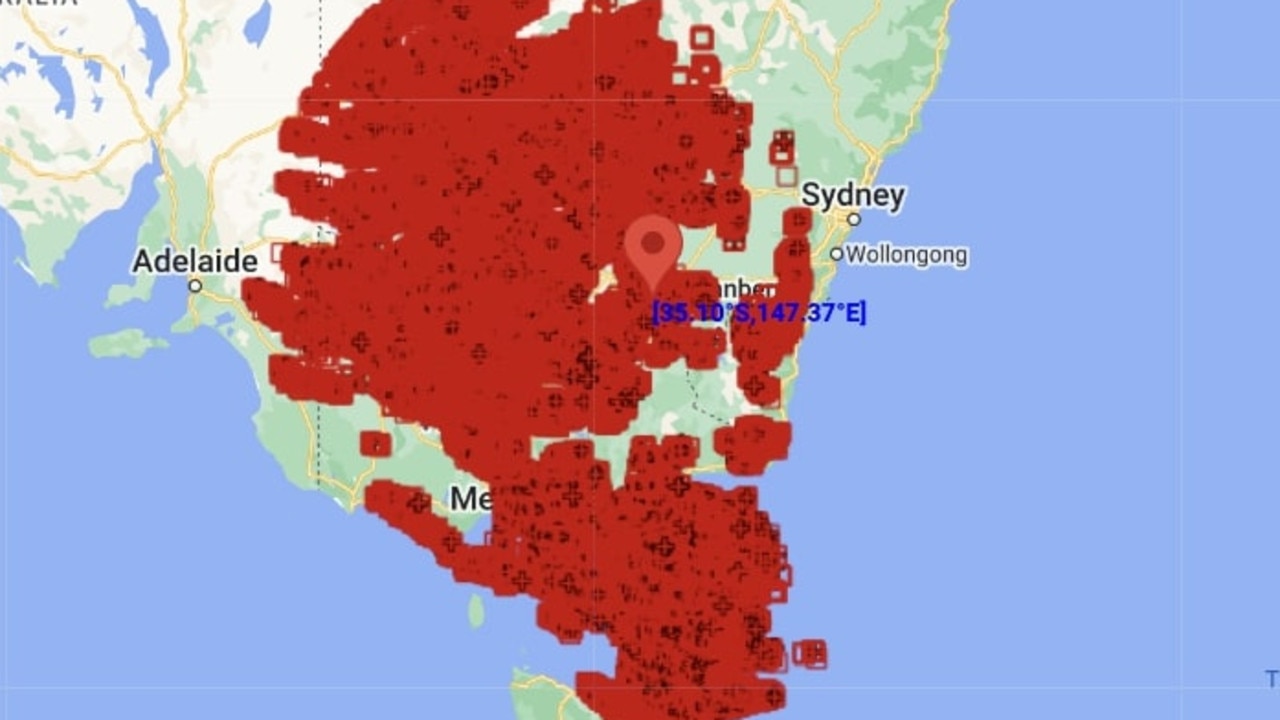 A shocking number of lightening strikes were recorded in NSW, Victoria and Tasmania thanks to the widespread storm. Picture: Weatherzone.

Southerly winds are running up the NSW coast bringing extra cloud and showers for coastal communities.

While thunderstorms have migrated further north towards the NSW – QLD border.

It comes after more than 1 million lightning strikes were recorded within 700km of Wagga Wagga on Monday, according to Weatherzone.