Victorian Opposition Leader Matthew Guy has distanced himself from Liberal candidate Renee Heath after further details were aired about her controversial religious ties.

Mr Guy issued a statement on Saturday saying Ms Heath will not sit in the Liberal party room if she is elected on November 26.

“Today, I have spoken with Liberal Candidate Ms Renee Heath to advise that she will not be sitting in the Liberal Party Room following the election,” Mr Guy said.

“Neither I, nor the Liberal Party, were aware of information prior to today’s report in The Age (newspaper).” 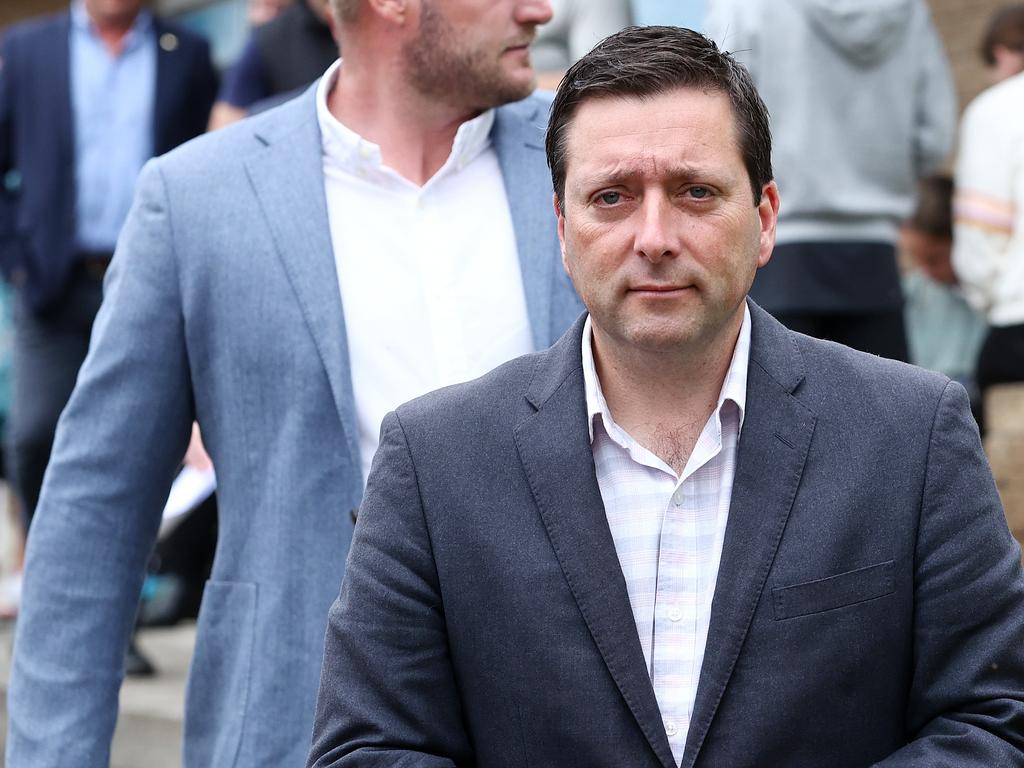 Victorian Opposition Leader Matthew Guy has distanced himself from a Liberal candidate over her links to a controversial church. Picture by Michael Klein

Mr Guy released the statement after new allegations were published in the Nine newspapers about Ms Heath’s religious beliefs and those of her ultraconservative Pentecostal church.

Ms Heath is a member of the City Builders Church, which is opposed to gay, trans and reproductive rights and has been linked to alleged extreme gay conversion practices.

Her father Brian Heath is a pastor at the church.

Ms Heath, 36, is vying for an upper house seat and is expected to be elected given she occupies a safe spot on the Liberals’ ticket for Eastern Victoria.

He said on Saturday some of her views hadn’t been known when she was vetted for Liberal preselection, but it was too late to formally disendorse her as a candidate.