A South Australian councillor has described how he felt “left behind” in an “unlivable home” after going without power for nearly 10 days.

After battling through one of Adelaide’s worst storms, Holdfast Bay councillor Will Miller experienced a gruelling nine days without power despite multiple attempts to contact SA Power Networks to resolve the issue.

He received multiple text messages notifying him the power had been restored or that crews were working on it, but still his lights remained useless.

Mr Miller, who has just been re-elected as a councillor for the Somerton Ward in Holdfast Bay, said the power went off during Adelaide’s storm on November 12.

“We didn’t really think that much about it, so we gave SA Power the space to fix it and we had utmost faith that it was going to be done,” he said.

By the following Monday morning, Mr Miller’s electronic appliances and lights were still useless despite receiving the first of many texts from the power company saying power had been restored. 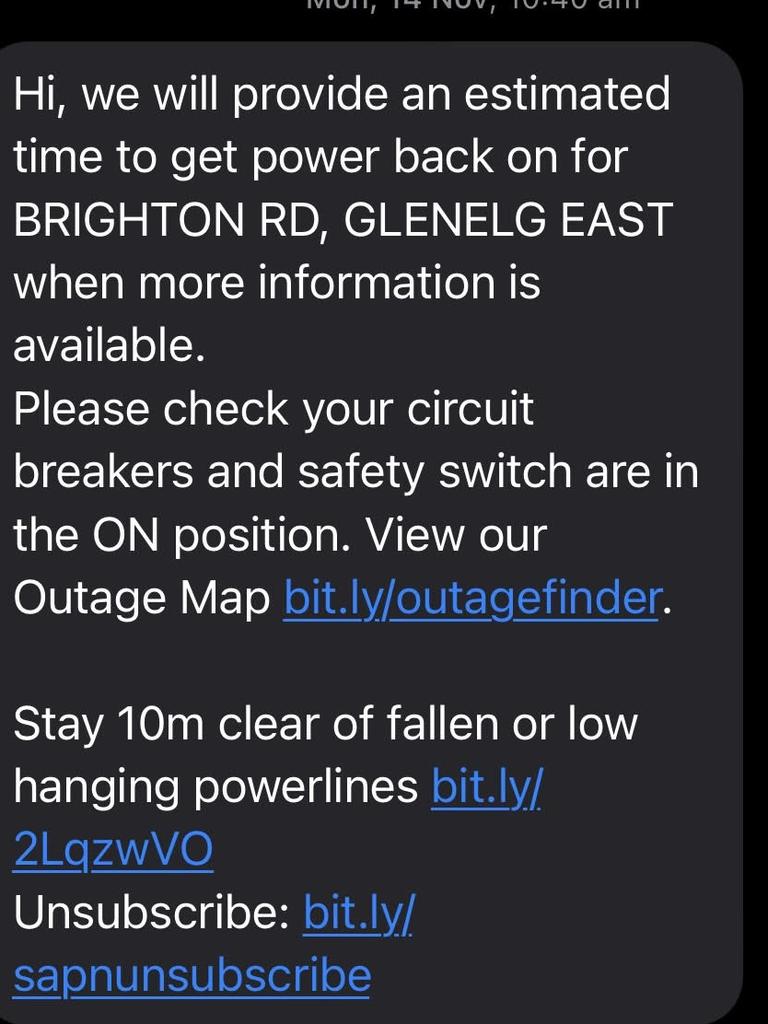 He received three messages claiming power had been restored, or the company was working on it. Picture: Supplied 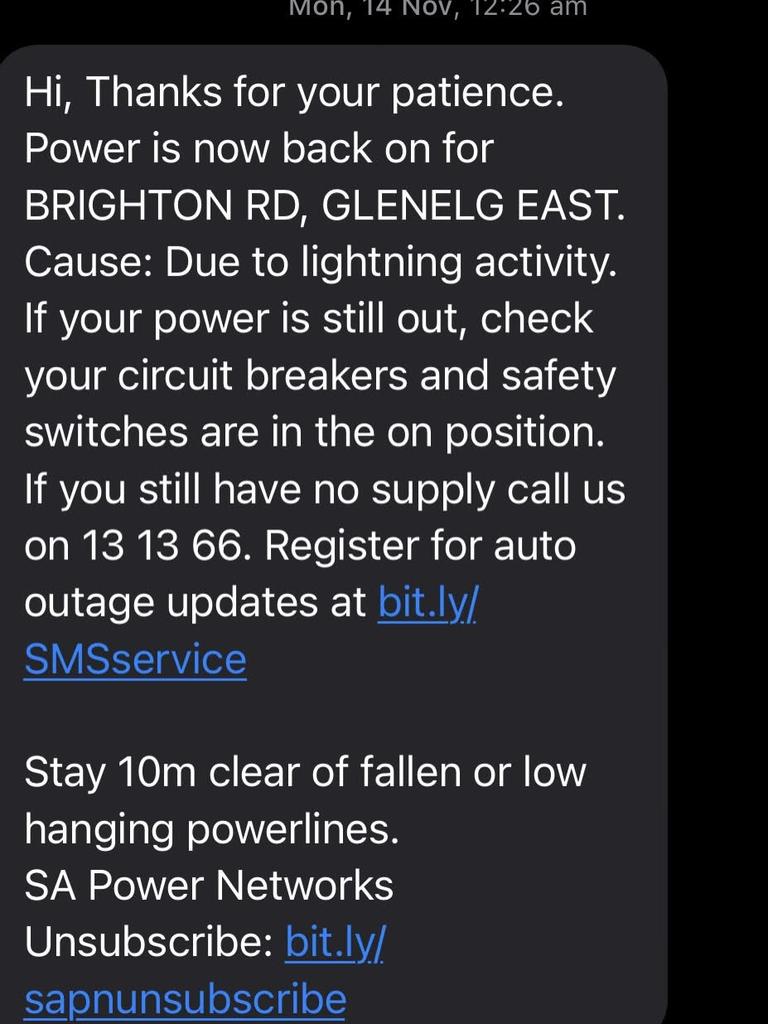 The first false message Mr Miller received saying his power was back at midnight on Monday. Picture: Supplied

Mr Miller said after calling to notify them that the problem still had not been resolved, he was told the complaint needed to be re-registered.

He was then informed there were other, newer outages that needed more attention than his, and his claim would have to wait.

“Basically, from then on there was no update, no information, no fix to the power or any indication it would be fixed,” Mr Miller said.

Mr Miller, who works from home and relies on power to get his job done each day, was left with little choice but to rely on family and friends.

“When you’re living out of a backpack, and you don’t know whether you’re packing for two nights or for a week, or nine days which it ended up being, you need to know what adequate preparation you need to make,” he said.

“But we don’t know how many people in South Australia were affected in the same way that we were, and whether these are people who are both powerless in electricity and powerless in abilities to cope with the loss of power.”

Throughout his powerless days, Mr Miller grew increasingly frustrated as his house remained dark but thought of what the situation would have been like for people with dependants who didn’t have anywhere else to go.

“We felt left behind because once we got so many days into it without any indication of when it was going to be restored, we went well beyond caring about perishables or advancing mould in the fridge,” he said.

“It gets to a point where you’re paying rent for a house that’s unlivable, and everyone else moves on but you can’t.”

Despite the constant back and forth, Mr Miller said he couldn’t fault the customer service representatives who tried to help his cause.

Instead, he blamed the lack of information passed down to those employees dealing with customers on the front line.

“I’m sure that they’re working tirelessly to get power back on for people, both on the ground and then in the offices, but when that information isn’t being relayed to people who are without power for over nine days, then that’s simply unacceptable.”