Daniel Andrews looks set to scrape a third term as premier of Victoria, the Newspoll on the eve of the state election shows.

The poll, conducted exclusively for The Australian, has the Labor government on track to retain 45 to 50 of its 55 seats in the 88-seat parliament – a slim majority at worst.

The two party-preferred poll puts Labor at 54.5 to 45.5, half a point up from three weeks ago.

If mirrored at the election on Saturday, that would represent a 2.8 swing towards the Coalition since 2018.

Labor’s primary vote is at 38 per cent, according to Newspoll, with Matthew Guy’s Coalition at 35 per cent.

The Greens trail on 12 per cent, and independents are at 15 per cent. 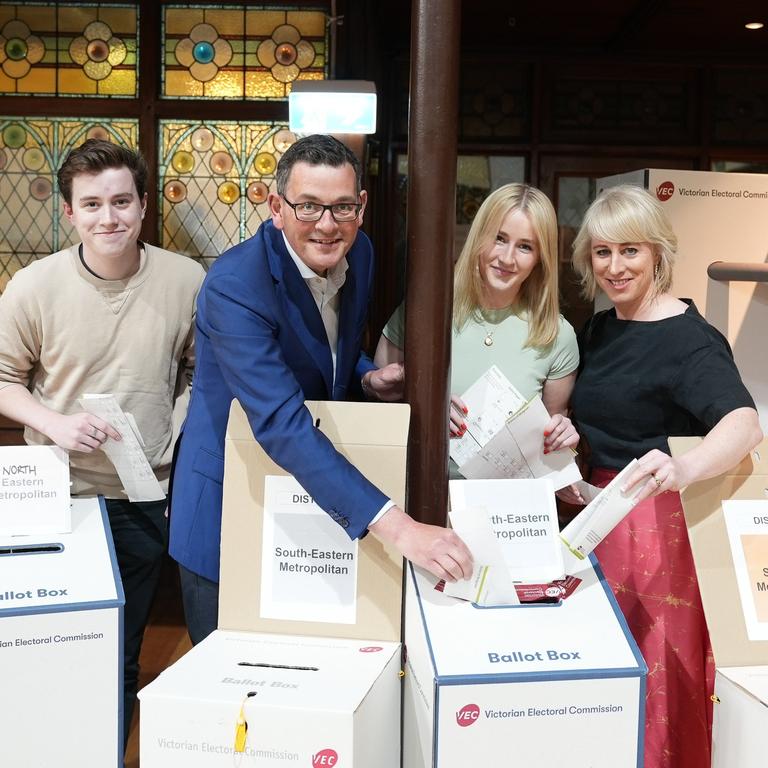 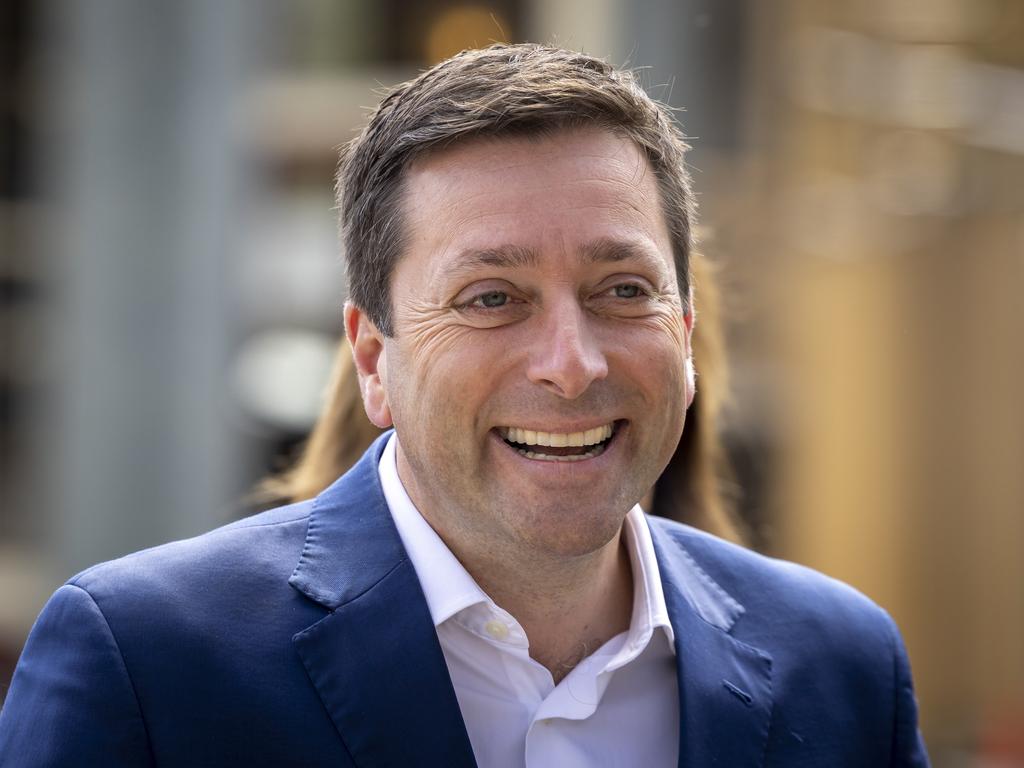 Mr Andrews and his wife Catherine, along with their two children of voting age, Noah and Grace, were pictured smiling in front of ballot boxes as they voted early on Friday.

“Like so many other Victorians, we’ve got a few things happening on Saturday so we voted early and on the way to somewhere else,” Mr Andrews tweeted.

Mr Andrews’ seat is Mulgrave in Melbourne’s southeast suburbs, meaning he broke tradition by not casting his vote on election day and doing so outside his seat.

Opposition leader Matthew Guy confirmed he would be voting in his own seat of Bulleen on election day “as you would expect”.

“I have voted early before, but with a whole bunch of cameras at a press conference, not kind of secretly,” he told Today.