Dominic Perrottet’s political rival has said he doesn’t believe the Premier’s admission that he wore a Nazi costume to his 21st birthday party will affect the election.

NSW Opposition Leader Chris Minns made the surprising comment on Saturday in the wake of the scandal, which has rocked the sitting Liberal Government and sent shockwaves through Dominic Perrottet’s leadership.

In the meantime, Mr Perrottet has remained tight-lipped about the possibility of a party room meeting over the coming days

I learnt Nazis were genocidal racists through history at a state high school, books from a mobile library and productions like Rise and Fall. With a private school and heaps of privilege how did young Perrottet miss out? Verdict: he is now unelectable.

When asked about the infamous uniform themed birthday party, Mr Minns appeared sympathetic towards the Premier’s past indiscretion, adding that “it’s very clear it was a mistake”.

But he was firm that it wasn’t his place to comment how voters will react.

“I’m not going to offer a running commentary in relation to it. My view is pretty straightforward,” he said.

“It was obviously a big mistake, he’s made an apology. I thought that the apology was sincere.”

The Kogarah MP echoed the words of Deputy Opposition Leader Prue Car, who was the first Labor minister to speak out against the issue on Friday afternoon.

She lashed the Liberal party for “internal brawling” and said it was evidence of a “government in chaos”.

“Now they seem to be threatening each other with photos from 20 years ago,” Ms Car continued.

“Is this a sort of government that the people of NSW deserve?

“They’ll have their chance to better have a say on that in 70 days time.”

“If they can’t get united in the run-up to an election campaign, what hope have they got of being united if they win the election?” he said. 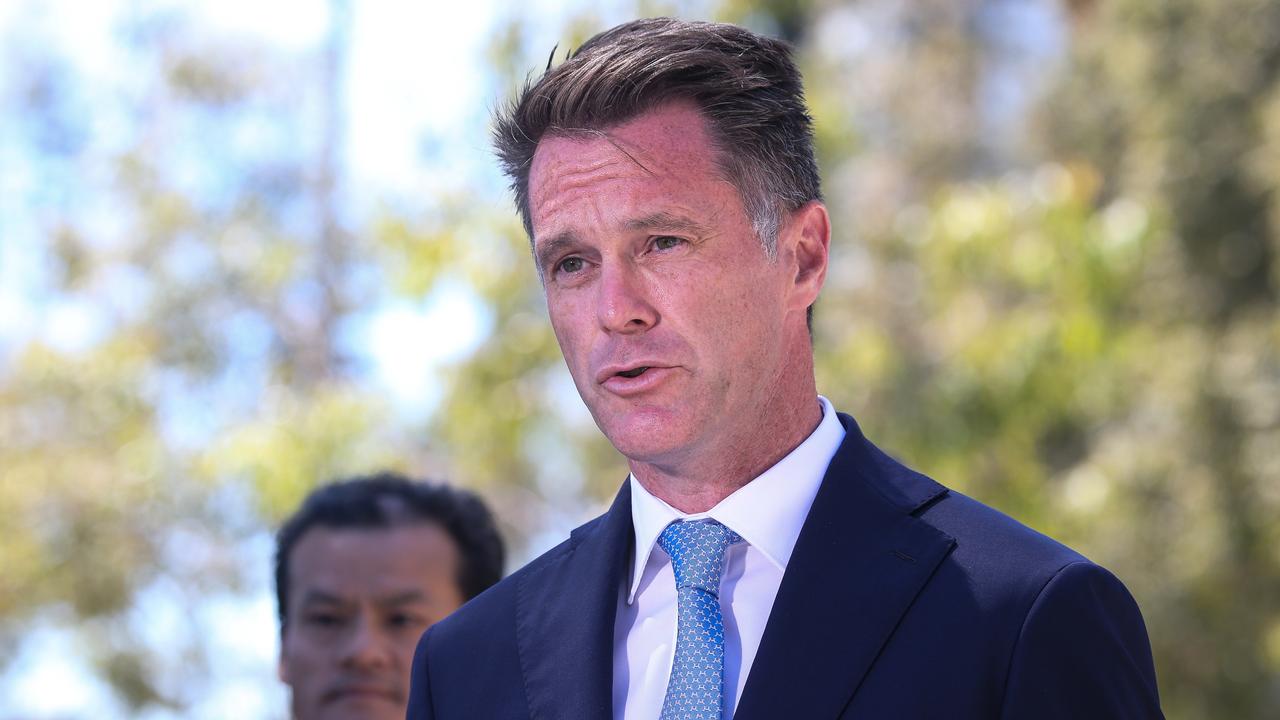 Similarly, Mr Dominello said: “If you want vision, look at the courage he is doing in relation to gambling reform. This is generational leadership we are talking about, courageous leadership.

“I absolutely back him in every day of the week.” 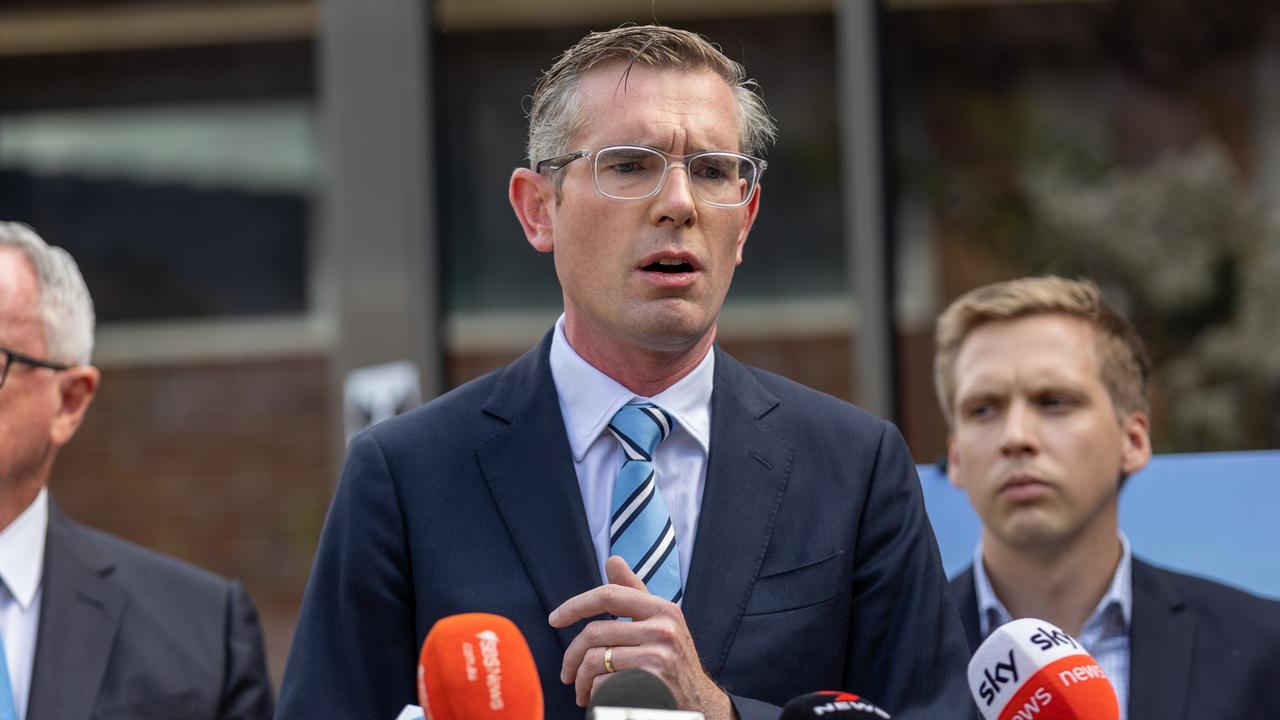 The day prior, NSW Treasurer Matt Kean also stood by the Premier just moments after he made his confession, reiterating his remorse.

“The Premier has just admitted that he made a terrible mistake a long time ago,” said Mr Kean.

Events leading up to Perrottet’s admission

Although select cabinet members appear supportive, the reasoning and timing of Mr Perrottet reveal has been questioned.

The Premier said a call with a Cabinet minister on Tuesday evening had prompted the reveal.

Mr Perrottet has denied any animosity in relation to the call, nor is he aware of a photo from the night.

Instead, he says their conversation made him realise he “needed to tell the truth and not someone else”.

The person behind the call was shortly revealed by 7 News to be Transport Minister David Elliott, who recently clashed with Mr Perrottet in regards to his cashless gambling reform.

Two days before, Mr Elliott also announced that he would be excluding himself from cabinet decisions relating to cashless gambling due to his son’s work with pokes manufacturer Aristocrat. 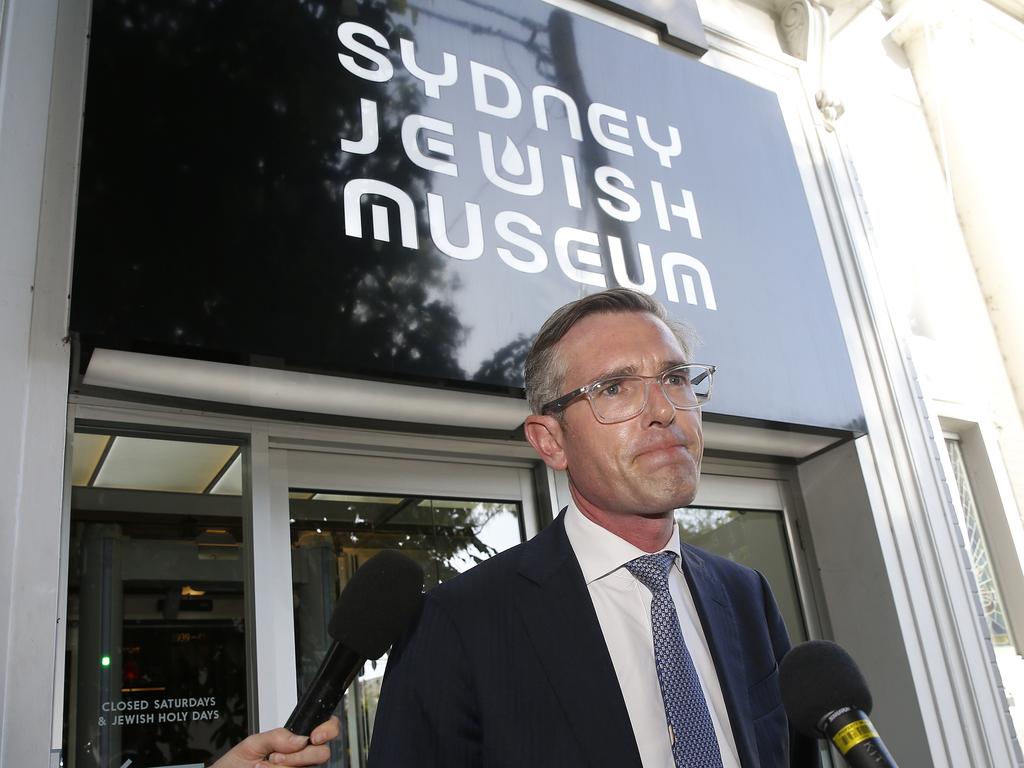 Premier Dominic Perrottet outside the Sydney Jewish Museum after confessing to wearing a Nazi uniform to his 21st Birthday. Picture: John Appleyard

After two days of gruelling press conferences, Mr Perrottet has maintained there was no political motivation behind why he made the 20-year admission.

“It is ultimately not about me in relation to this, it is about the hurt that the mistake I made caused many people across our community and I am terribly sorry for that,” he said on Friday.

In the open letter addressed to “members of the Jewish community,” Mr Perrottet said he reflected on his “decision in 2003 with shame” and hoped it would lead to greater education about the Holocaust.

“While I cannot change that decision, I am resolved to redouble my efforts to combat anti-Semitism and help young people to avoid making the same mistake I made,” he wrote.

“It is my hope that something good can come from this terrible mistake, and I am determined to continue to do everything I can to fight anti-Semitism and make NSW a safe and welcoming place for all who call it home.”