Four New Zealanders involved in Monday’s Sea World helicopter crash have broken their silence about the ordeal, thanking their “hero” pilot for keeping them safe.

The two holidaying couples from Auckland, Elmarie and Riaan Steenberg and Edward and Marle Swart, were on board the helicopter which miraculously landed after the mid-air collision. 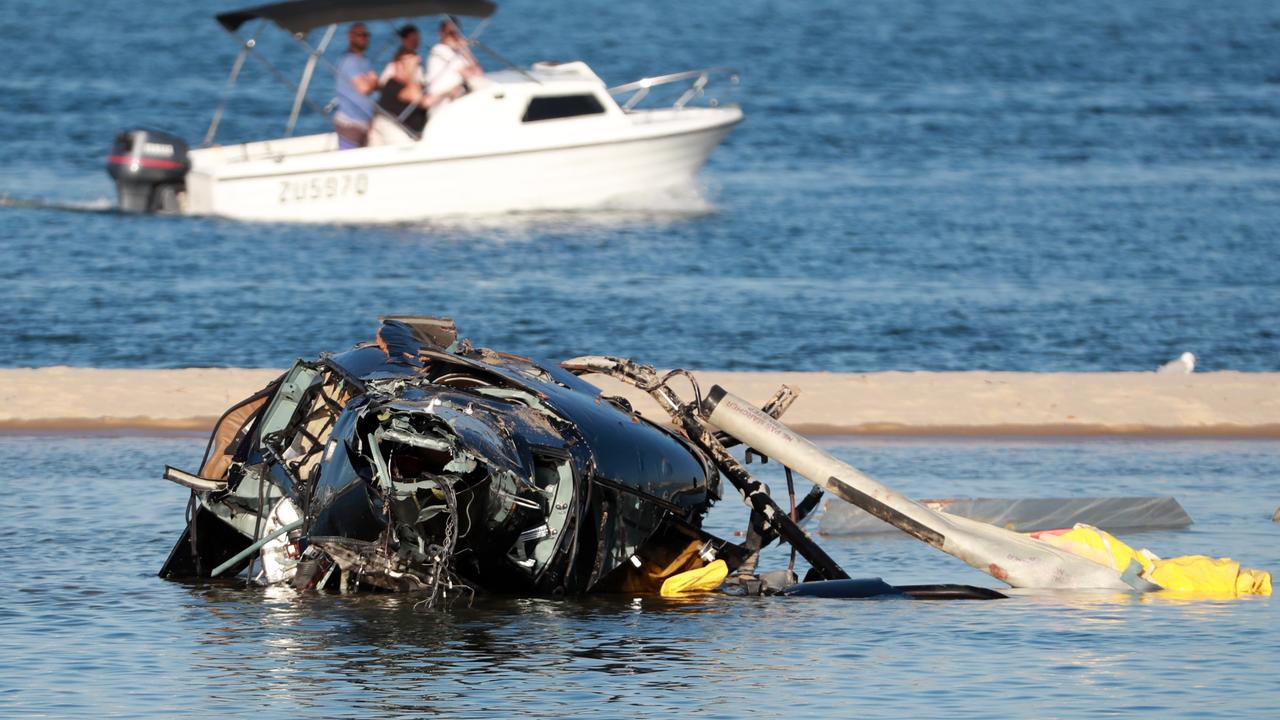 Four people were killed and many more were injured after two helicopters collided near Sea World on the Gold Coast. Picture Scott Powick

The two couples were holidaying on the Gold Coast when the tragedy occurred.

A joint statement on Wednesday detailed how a fun day turned into a nightmare.

“On behalf of our families, we are completely devastated by the horrific helicopter accident that occurred on January 2,” they said. 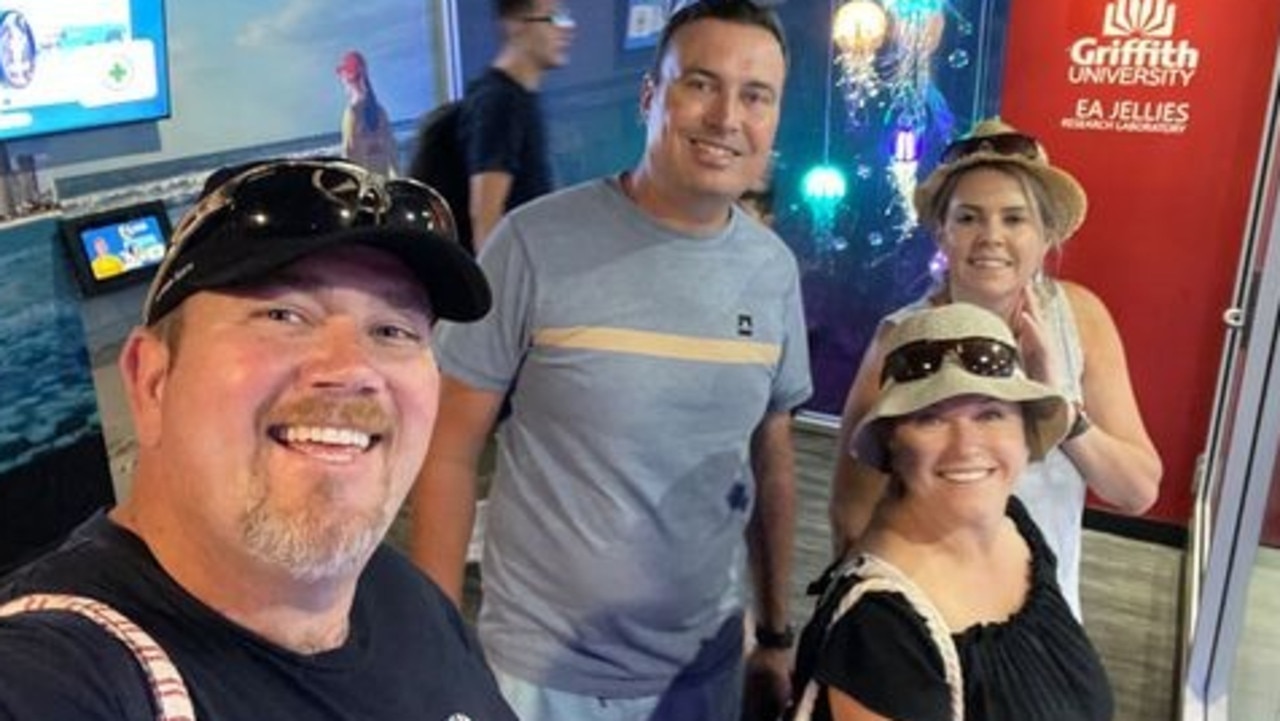 Edward and Marle Swart along with Riaan and Elmarie Steenberg survived the Gold Coast helicopter crash on Monday.

“A fun 5-minute joy ride on vacation to Australia turned into a nightmare.”

“Our deepest sympathies and sincere condolences to the injured and the deceased and their families”.

Four people from the other chopper involved in the collision died on Monday, with three others, including two young boys, still in hospital with critical injuries.

The New Zealand holiday-makers said they were “grateful and blessed” to have escaped the disaster with just minor injuries.

“(We’re) very sad for the people who lost loved ones and the little ones and mum fighting for their lives in hospital,” they said.

‘A fun 5-minute joy ride on vacation to Australia turned into a nightmare’.

“Our hearts are so heavy for them.”

“Our gratitude goes out to every bystander who ran to help, every police officer and emergency services personnel who helped us with our immediate needs keeping us calm and making us comfortable,” they said.

“We saw mateship in action. Australians come together to help in time of need.

The four thanked the Australian medical staff, first responders and their pilot, who they described as a “hero”.

The helicopter the two couples were travelling on was able to land despite severe damage to its front. Picture: David Clark

“To our pilot, who, through all the chaos, landed the helicopter safely, keeping us and other bystanders safe. You are our hero. Thank you so very much,” they said.

The pilot and a 27-year-old West Australian woman were also on board their aircraft.

While their helicopter managed to land despite what appeared to be severe damage to its front, four of seven passengers in the second aircraft tragically died.

Sea World Helicopters pilot Michael James survived the tragedy and has been heralded a “hero”.

Geelong mother and son Winnie (33) and Leon (9) De Silva, along with Nicholas Tadros (10) survived but are in critical condition in hospital.

Operation Victor Sandlewood, comprising of Gold Coast Criminal Investigation Branch Detectives and the Forensic Crash Unit, has been established to assist the Australian Transport Safety Bureau as they piece together what happened on January 2.