Young people are most concerned about finances, housing instability, the environment and their mental health, a Mission Australia survey has revealed.

The youth survey report showed the environment (51.0 per cent), equity and discrimination (35.9 per cent) and mental health (33.9 per cent) were key issues for teenagers aged 15 to 19.

“Transitioning to adulthood comes with challenges and these are even more pronounced for more vulnerable young people like those who are homeless or financially stressed,” she said.

“As we consider this year’s findings, we must bear in mind the impacts that the pandemic, recent natural disasters and financial pressures have on young people’s lives and perspectives.

“Australia must do all we can, so the negative impacts of the past few years don’t cause ongoing problems for this generation.” 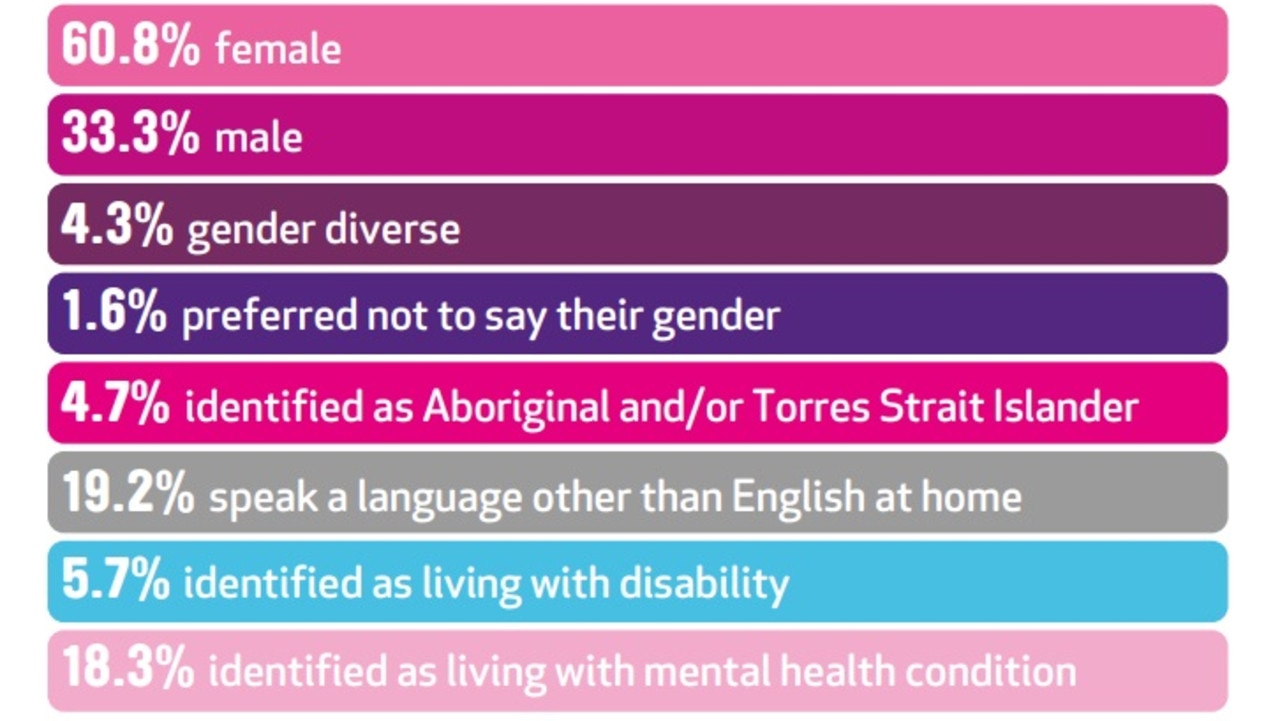 The report revealed about one in 10 young people were worried about having a safe place to live and 8.4 per cent spent time away because they felt they could not return home.

About one in 20 young people or their families could not afford bills or car expenses, while 6.4 per cent had to seek some form of financial assistance.

“Young people at risk of homelessness must be identified early and have access to evidence-based housing and support models,” Ms Callister said.

“If Australia builds enough new social and affordable homes, and adequately increases income supports like JobSeeker and Youth Allowance, this would go a long way to help families and their children to afford life’s essentials and a safe and secure home.”

The importance of environmental issues among young people has skyrocketed to 51 per cent — up from 38 per cent last year and 29.8 per cent in 2020.

“If the governments (Australian but also internationally) and corporations took stronger action against climate change, I think I’d be less worried,” one 15-year-old girl from NSW said.

About one in four people were also extremely or very concerned about climate change, the report revealed. 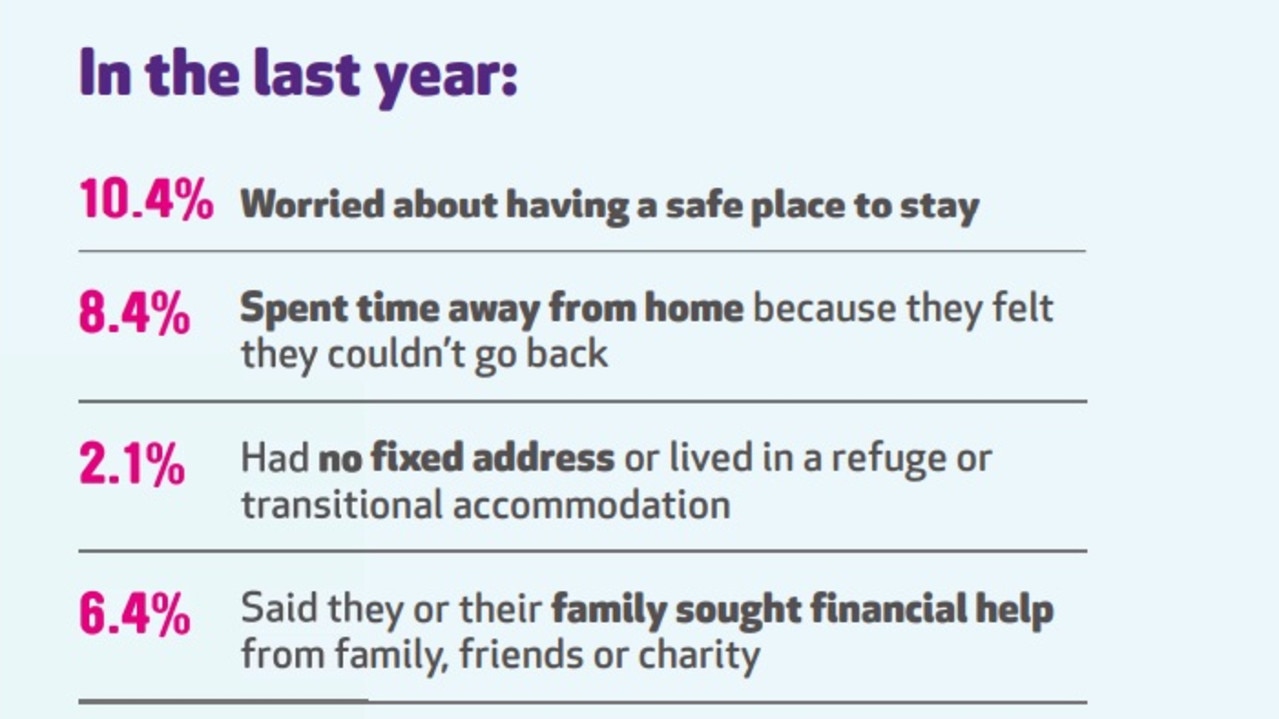 More than 10 per cent of respondents were worried about having a safe place to stay. Picture: Mission Australia

Equity and discrimination were considered important national issues for 35.9 per cent of respondents, while 27.1 per cent said they were unfairly treated in the past year, mostly due to their gender, race/cultural background or mental health.

“Clearly young people are enduring and seeing gender, racial and mental health related discrimination around them, and this must be addressed,” said Ms Callister.

About one in three people felt mental health was an important national issue.

Results also showed 28.8 per cent had high psychological distress and 23.5 per cent felt lonely all or most of the time.

More than half of respondents have needed support with their mental health at some point in their life.

“The biggest challenge I have faced is racism and discrimination, as well as struggling with the perception of self and confidence,” a 16-year-old boy from Queensland said.

“These have been problems all of my life and they have not changed at all. I don’t feel they will ever change.”

About half of respondents were positive about their futures, but that figure has been slowly decreasing since 2020. 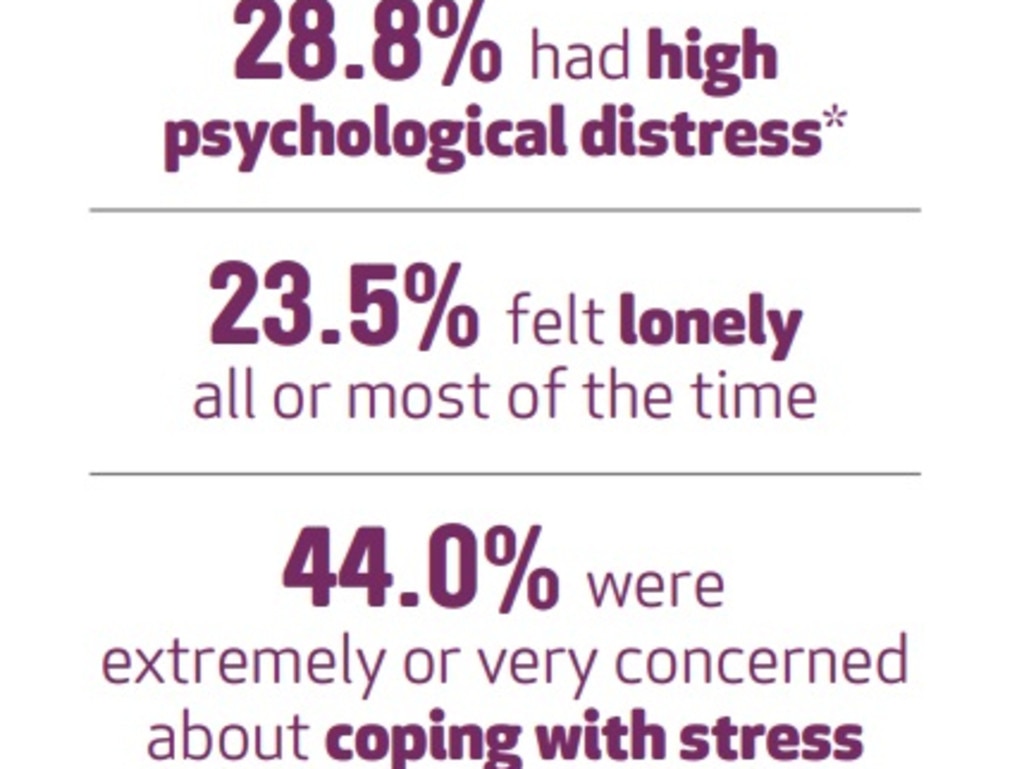 Almost one in four respondents felt lonely all or most of the time. Picture: Mission Australia

Youths also gave feedback about how they managed their personal issues during the pandemic.

It was suggested there be a better online school system if there was ever a return to lockdowns.

“I believe that the root of the problem was the Covid lockdowns, which is a one-off and will probably not happen to that extent again,” a 17-year-old boy from NSW said.

“I guess the biggest things for me would be to have less demanding online school with modified programs, as it should be unreasonable to complete school fully online.

“However, there were some benefits to online school if done differently, which would be useful if not done every day long-term.”

Other feedback included assistance to transition back to face-to-face learning and additional help to recover from the impacts of lockdowns and remote learning.

“More support and recognition towards those who went through lockdown during their early high schooling years,” a 15-year-old boy from Victoria suggested.

“There hasn’t been much mental health support towards those who struggled through the lockdown.”

A 16-year-old girl from NSW suggested: “Putting in ways and learning new actions to prepare for future lockdowns that might come about to ensure that teens and children are allowed to have some freedom and be able to socialise.”