A Jetstar flight from Melbourne travelling to Bali has been forced to turn around after seven hours in the air after Indonesian officials denied the aircraft entry into the country.

On Tuesday night, flight JQ35 was due to depart Melbourne Airport for Denpasar, but was reportedly delayed for five hours before eventually departing at around 11pm.

The aircraft had nearly reached the edge of Australia when it turned around mid-air and headed back to Melbourne.

Footage from FlightRadar24 shows the plane performing what looks like a U-turn in the sky, and moving back towards Victoria.

The aircraft turned around as it reached the edge of Australia and headed back towards Melbourne. Picture: Flight Radar 24

After about 12 hours in the air, passengers on-board the flight took to social media to express their anger at the airline.

“I’m so physically and mentally exhausted, I can barely be angry. Just given up,” one passenger tweeted.

“Thankfully the pilot and cabin crew were great. I felt sorry for them because they were also left in the dark.”

After lots of speculation as to why the aircraft was denied entry, a Jetstar spokesperson confirmed to NCA NewsWire a miscommunication with Indonesian officials was to blame for the mix up.

“We swapped yesterday’s Melbourne to Bali service to a larger Boeing 787 aircraft to carry more customers during the holiday,” the Jetstar spokesperson said. 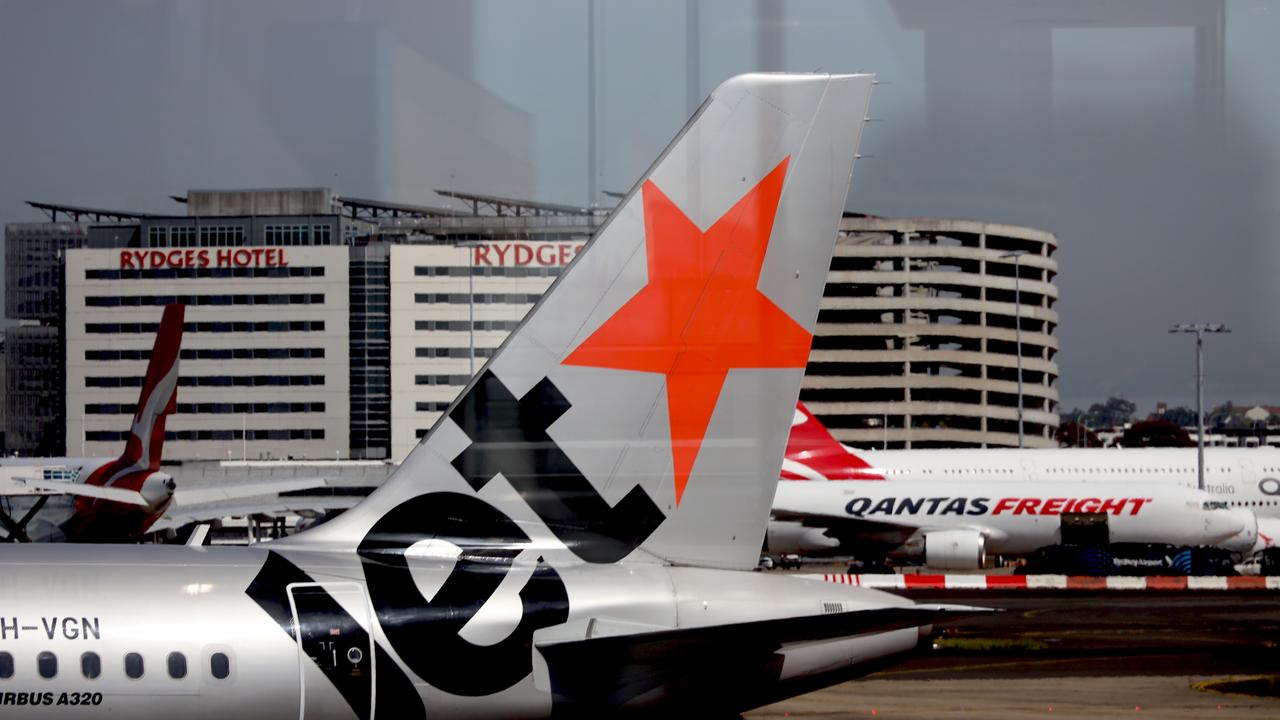 “Unfortunately, due to a miscommunication, the swap to a larger aircraft had not been approved by the local regulator in Indonesia. As soon as we became aware, the flight returned to Melbourne, and we have re-booked passengers on a flight later today.

“We know this has been an extremely frustrating experience for customers and sincerely apologise for what happened. While customers wait for their new flight, we’re providing them with hotel rooms and meal vouchers, and we’ll cover additional airport transport costs. To thank customers for their patience, we’re also reaching out to them to provide a $200 travel voucher.”

At 4pm on Wednesday, Jetstar said the passengers were due to again depart Melbourne “shortly”.

“We’ve begun a review to understand how the miscommunication happened so we can prevent it from occurring again.” 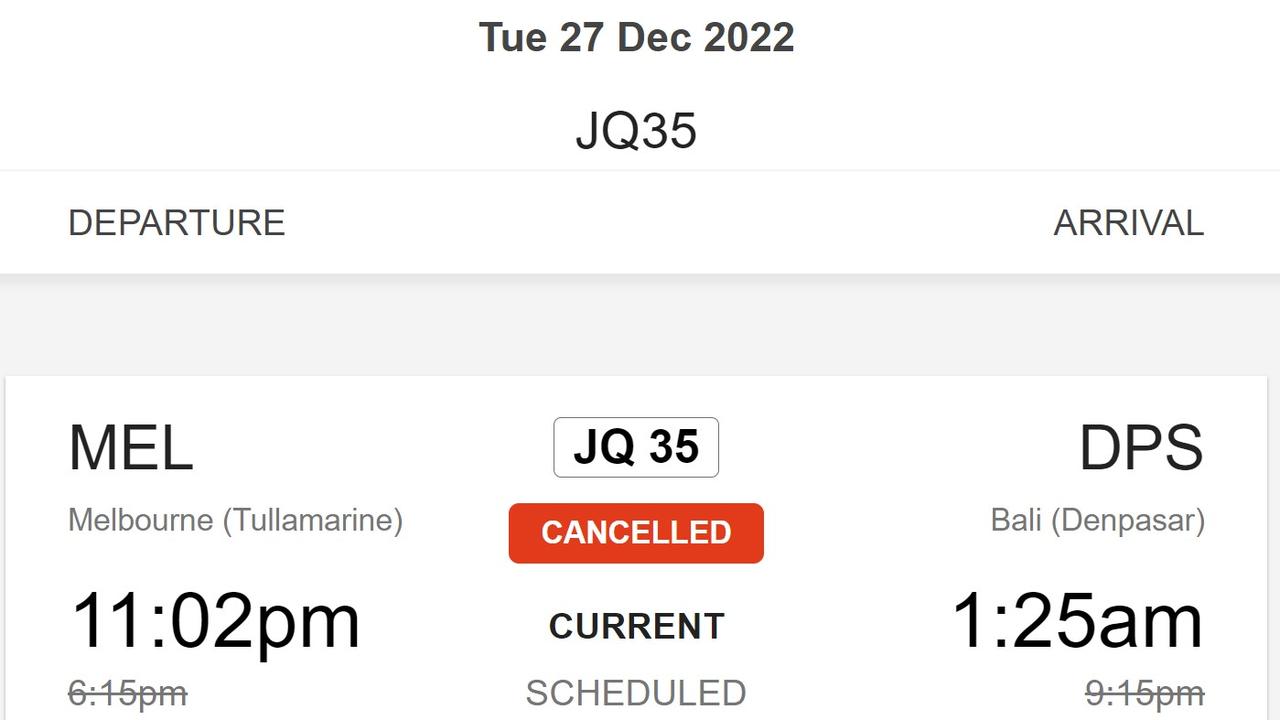 Social media posts revealed the flight, which was due to land at 1.25am local time, had been cancelled. Picture: Facebook

Posts on popular Bali and travel-related Facebook groups revealed the flight had been classed as “cancelled” after it was due to arrive at 1.25am local Indonesian time after hours of delays.

Jetstar also revealed other flights had been impacted as a result of the cancellation, with flight JQ36 reportedly experiencing delays.