A kind Jetstar passenger has thrown her support behind a “beautiful mum” who received hostile treatment from a “grumpy” man during a flight on the weekend.

The mum was travelling with two children on a flight from Brisbane to Canberra on Sunday when a man sitting nearby got “grumpy”.

A fellow passenger felt horrible about the mum’s predicament and wanted to hand her a kind note once they arrived in Canberra, but in the chaos of disembarkment and the baggage area, she never saw her again.

In an effort to still have her support known, she shared a photo of the note to social media this week, hoping it would reach the mum.

“You’re a good mum, don’t let anyone let you think otherwise,” the kind note, written on a Jetstar notepad read. 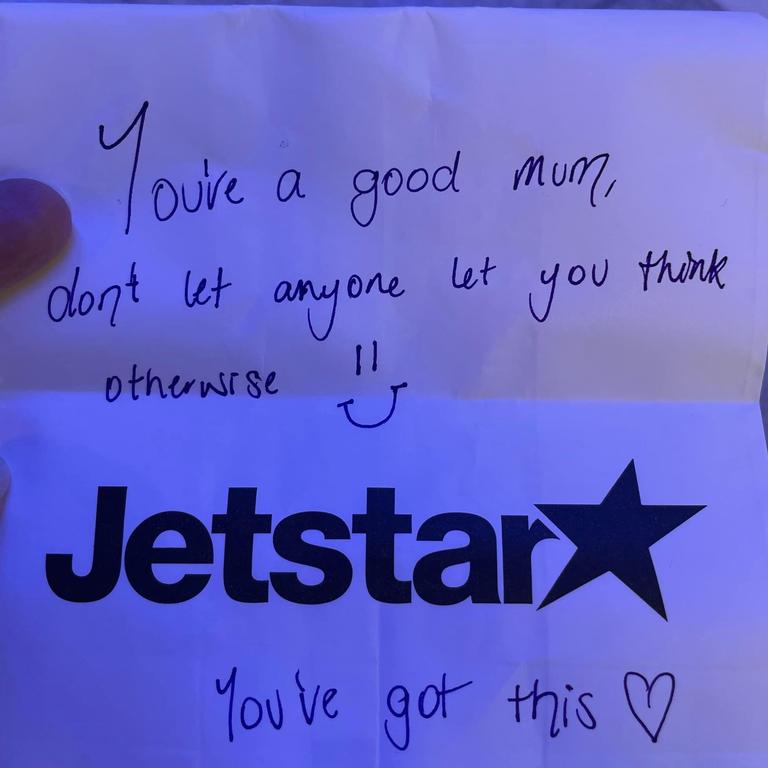 The mum had received hostile comments from a ‘grumpy’ man. Picture: Facebook

In her post online, the author said she wanted to let the mum know she was “in your corner”.

“To the beautiful mum of two little ones on JQ656 from Brisbane this afternoon,” her post read. “I’m so sorry that crusty man sitting next to my husband got grumpy.”

The author told her she was “a great mum” and was “so brave flying solo with two little ones”. “You didn’t deserve his narky comments,” she said.

“I wrote this note and was going to give it to you at baggage collection but couldn’t find you.

“I really hope this finds you – wherever you are. Just to know that I am in your corner and not scare you from flying again. Don’t let him spoil your sparkle.”

Dozens responded commending the woman’s kind act and assured her that her words would mean a lot to the mum, who they hoped eventually saw the note.

“I’m sure this would mean the world to that Mumma! Thanks for taking the time to get this message to her,” one comment read.

“Like parenting isn’t hard enuf and then have to deal with other people’s judging just makes it unnecessarily more stressful,” someone else added. 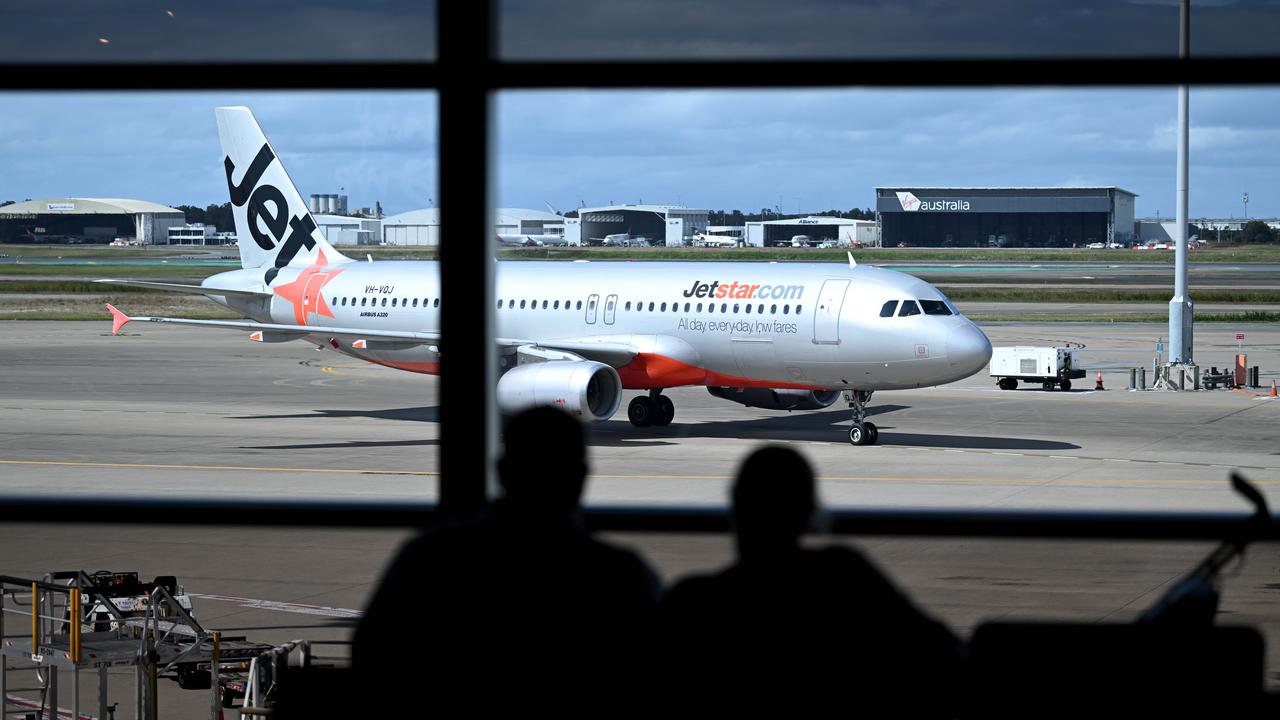 The shocking comments were delivered on a flight from Brisbane to Canberra on Sunday. Picture: Dan Peled/NCA NewsWire

The author later added that at the time, she was shocked over what she heard the man saying to the mum.

“I was in shock and didn’t hear the whole exchange. I did entertain the little girl for the remainder of the flight and offered to watch them if she needed to use the bathroom. Hubby helped her with her bags,” she said.

Other members of the community praised her for her act.

“Thank you so much for your kindness. I know anyone who has ever flown with young children and especially alone really appreciates your gesture,” one wrote.

“I take my hat off to her. It’s hard enough having one child on a plane never alone two by yourself. Well done don’t let that grouch get to you,” another said.