A climate activist who is fighting to remain out of jail after being sentenced under NSW’s tough new protest laws has thanked her supporters as she led a rally through Sydney’s CBD.

Deanna “Violet” Coco was earlier this month sent to prison for a minimum of eight months after pleading guilty to a string of charges relating to a high-profile climate change protest during which she blocked one lane of traffic on the Harbour Bridge.

The 31-year-old was slammed by a magistrate as “selfish” and “emotional” before being sentenced to 15 months in prison with an eight-month non-parole period. 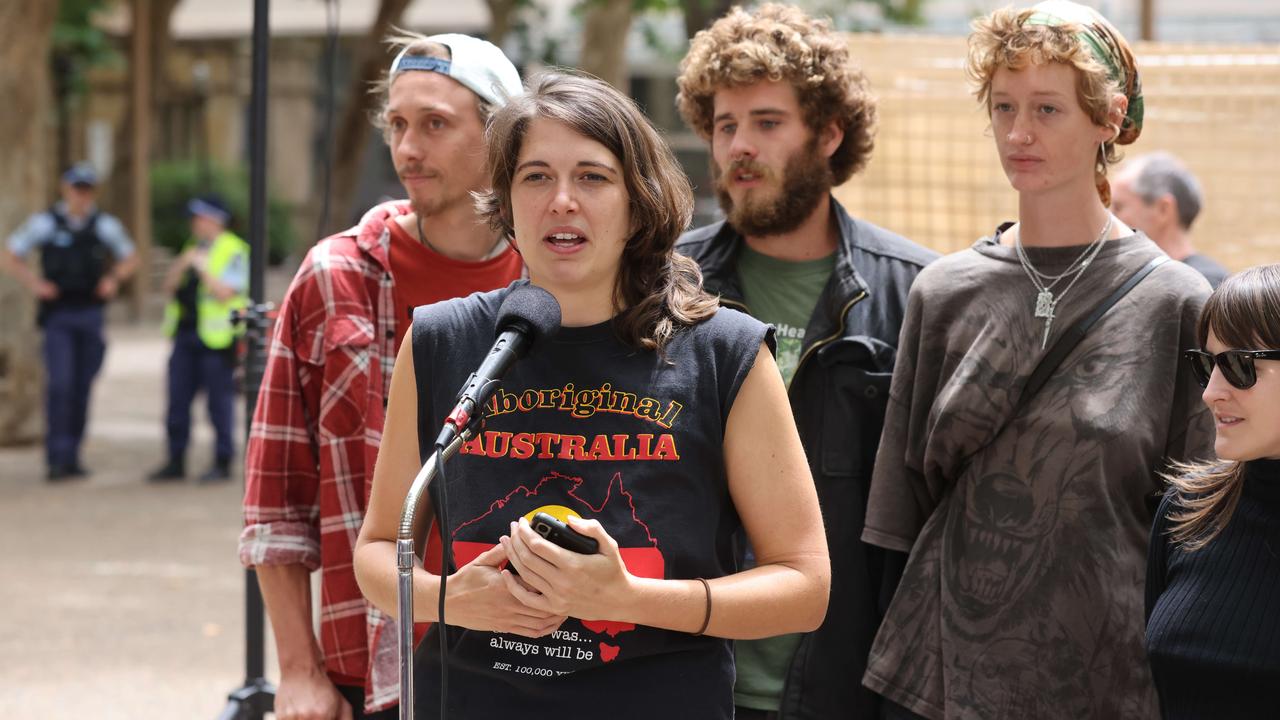 The sentence prompted widespread backlash and criticism as her lawyers launched an appeal.

After spending a week-and-a-half in Silverwater prison, she was on Tuesday released on bail with a raft of conditions including that she not go within 1km of the Sydney Harbour Bridge.

She was the first person jailed under the Perrottet government’s tough legislation, under which protesters who block roads, bridges and rail lines can be jailed for a maximum of two years. 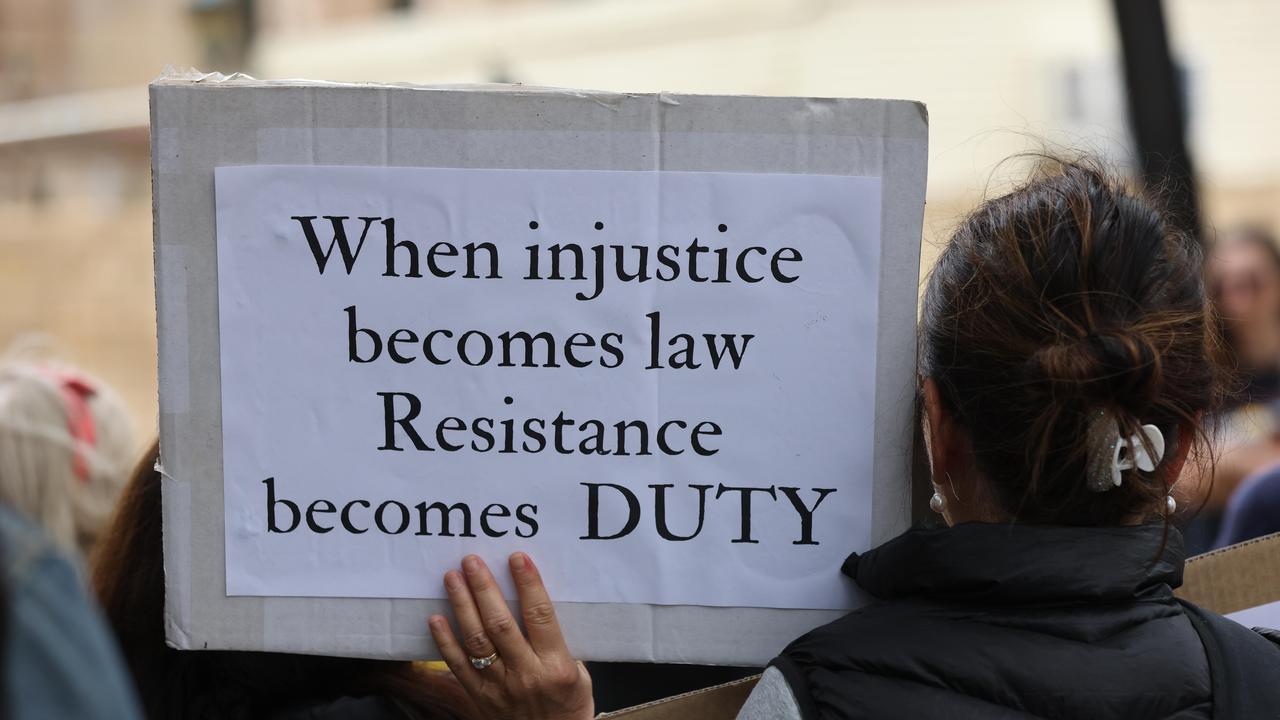 On Saturday, Ms Coco addressed a small protest at Sydney’s Town Hall during which she described her stint in prison, which included seven days in isolation.

She described her cell as a small box and how she kept her spirits up by feeding birds that would sit on the small window.

“Thank you for not letting me spend Christmas in there,” she told the crowd of about 150 protesters.

She stood alongside fellow climate activist Mali Cooper, who in September had her charges dismissed on mental health grounds after she stopped traffic on the Sydney Harbour Tunnel and placed her head in a bike lock. 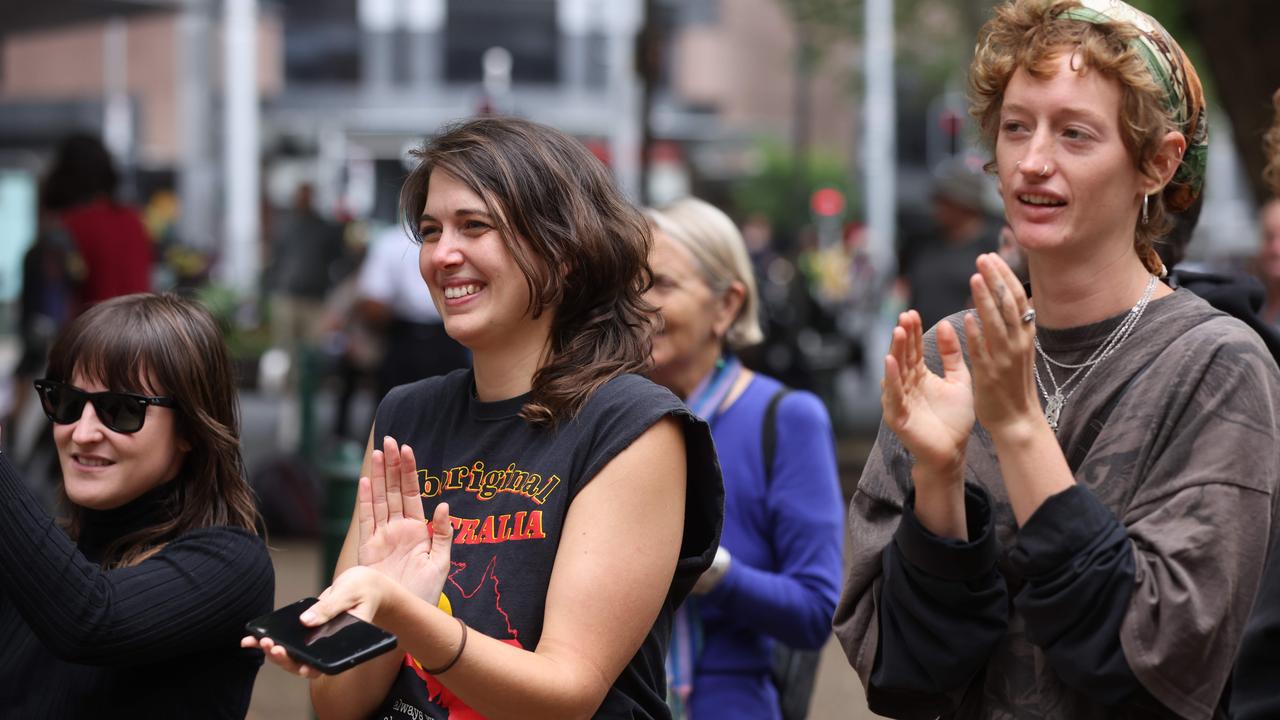 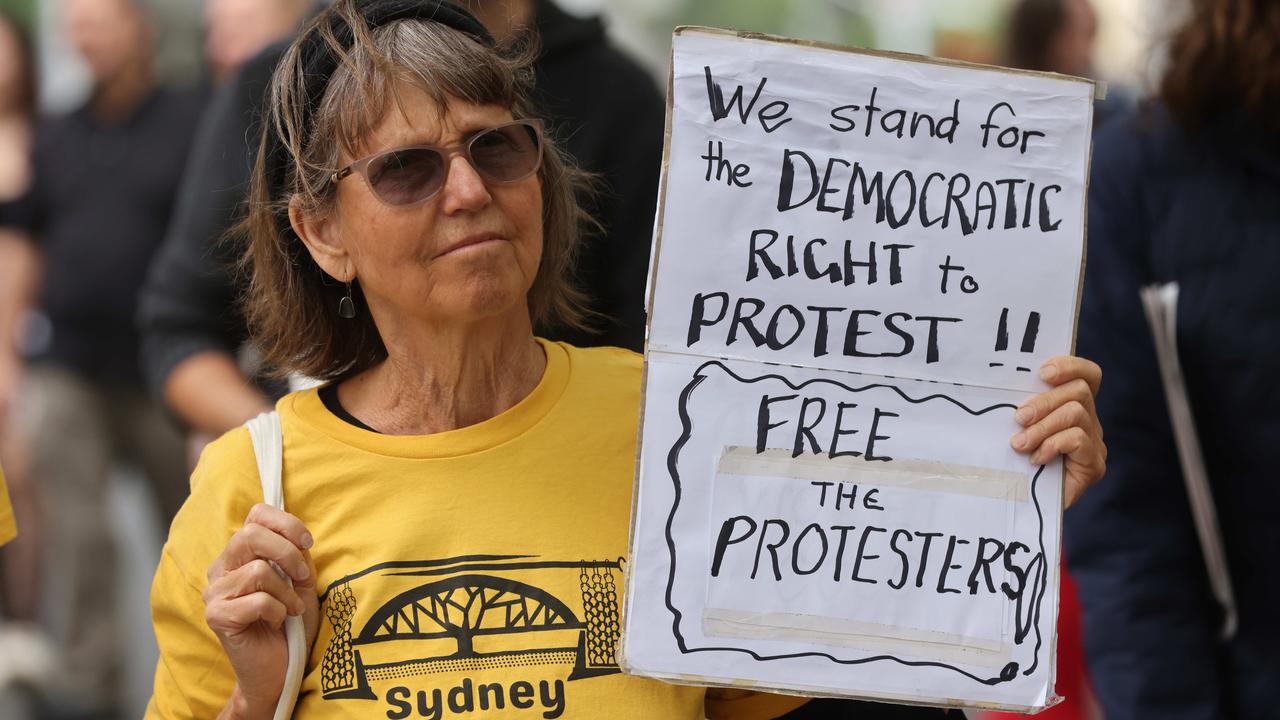 One of the signs in the crowd. Picture: NCA NewsWire / David Swift

Ms Coco said the protest laws, which were ushered following a string of high-profile protests across NSW earlier this year, represented an attack on democracy.

She said civil disobedience was at the forefront of social change throughout history.

“I’m so grateful for the response of everybody to not let this go unchallenged and it’s the strength of this community which has not only granted me my bail and got me out here, but also is fuelling the challenging of these unjust laws which affect all of us,” she said.

After a series of speeches the protesters then marched to Parliament House chanting “stand up, fight back”.