Police are “awaiting” a report from a NSW MP who claimed he would refer Dominic Perrottet for a criminal investigation after the Premier’s shocking Nazi costume admission.

Shooters, Fishers and Farmers leader Robert Borsak has spent the past two days publicly threatening to refer Mr Perrottet to police after he confessed to having worn a Nazi uniform to his 21st birthday party.

Mr Borsak said police were the “logical” choice to investigate whether Mr Perrottet failed to disclose he had worn the costume in 2003 on legally binding candidate vetting forms.

A spokeswoman for NSW Police said on Monday afternoon it was aware of Mr Borsak’s comments and would “await the relevant correspondence” from him.

“Until that correspondence is received, it would be inappropriate to comment further,” she said.

Mr Borsak declared in an interview with Sky News on Monday morning the police investigation was “the priority for everyone who believes in law and order in NSW”.

“The reality is there is a dirty little problem if you’ve signed a statutory declaration as the Premier of NSW,” Mr Borsak said.

He said the Premier should face prosecution if he had “lied” on the documents. 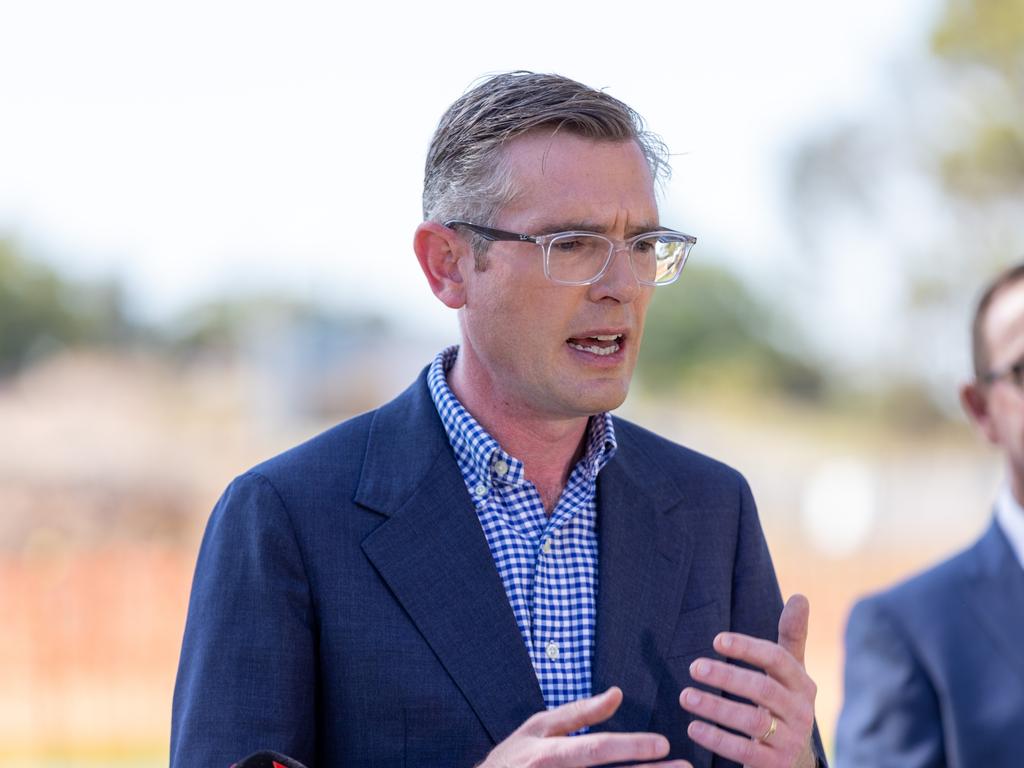 NSW Premier Dominic Perrottet has faced days of questioning over his shocking admission to having worn a Nazi costume to his 21st birthday party. Picture: NCA NewsWire / Seb Haggett

“You make mistakes, you grow up, you move on. I accept that. I don’t have a problem with that at all,” Mr Borsak said.

“My issue is what’s actually happened in the last three terms of parliament when he signed his nomination forms, the statutory declarations that he gave.”

Mr Borsak first threatened to refer the matter to police on Sunday, three days after Mr Perrottet publicly confessed to having worn the costume to what he said was his uniform-themed party.

Mr Perrottet has refused to say whether or not he declared the costume on his candidate vetting forms and dismissed Mr Borsak’s comments as a stunt to distract from the problems plaguing the SFF.

Mr Borsak lost three of his MPs last year after they quit to become independents over concerns about his behaviour. The SFF leader had suggested his only female MP should be “clocked”. 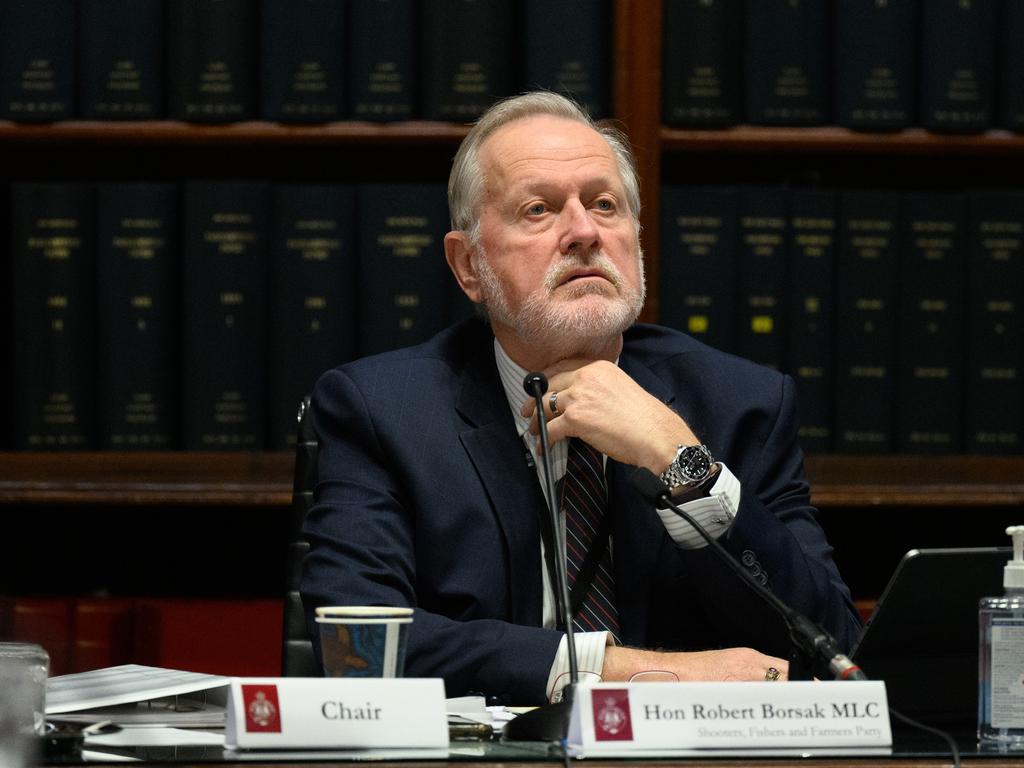 NSW Treasurer Matt Kean has backed Mr Perrottet, saying on Monday that Mr Borsak had “no credibility on this issue or anything else”.

Mr Kean also firmly ruled out challenging Mr Perrottet for the party leadership ahead of the NSW state election on March 26.

Mr Borsak is also seeking to use his position on the NSW parliament’s public accountability committee to agitate for an inquiry into Mr Perrottet’s fitness for public office.

But his push appears doomed to fail after NSW Labor and The Greens both ruled out supporting the referral.

Mr Perrottet apologised for the “terrible mistake” he made as a 21-year-old to wear the Nazi costume as he made the revelation last Thursday.

He said he had decided to come clean after receiving a call from a cabinet colleague — who was later revealed as retiring Transport Minister David Elliott — who raised the incident with him.

With questions swirling over internal division in the Liberal Party, Mr Perrottet will face cabinet colleagues on Monday at their first party room meeting since he made the emotional confession.