Veteran broadcaster Alan Jones is auctioning off hundreds of belongings, months after selling his $15 million farmhouse complete with a private forest.

Among the most expensive items include an Arthur Boyd artwork with an estimated bidding price of $200k to $300k and a 2006 Bentley Flying Spur, which has so far gained a $25k bid — roughly a third of the asking price.

But one of the more obscure items listed on the Lawsons auctioneers website has caused quite the stir on Twitter. 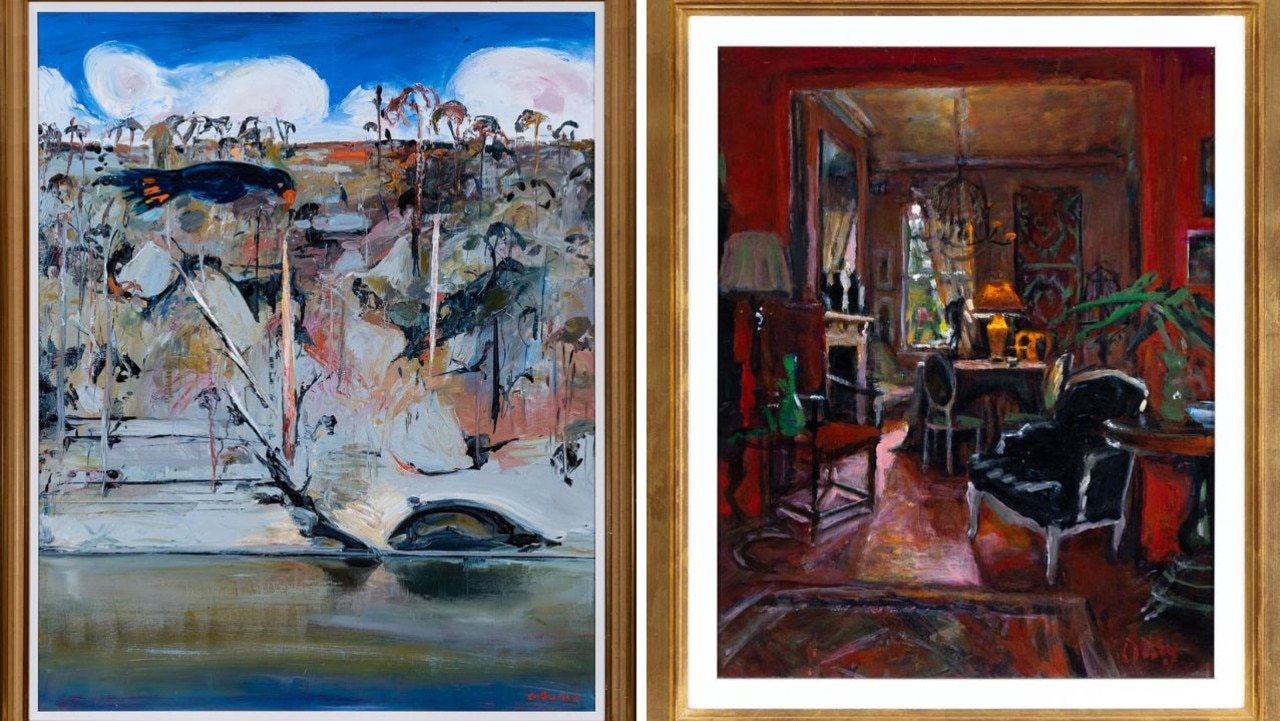 In a tweet, author and columnist Peter FitzSimons alerted his followers to one of Jones’ listings, a “bookshelf filled with books – for as low as $200, INCLUDING my book on Kokoda”.

The tweet, which has been viewed 35k times, continued: “Harrumph! Part of an overall sale, selling stuff for as low as $40. Very odd?” 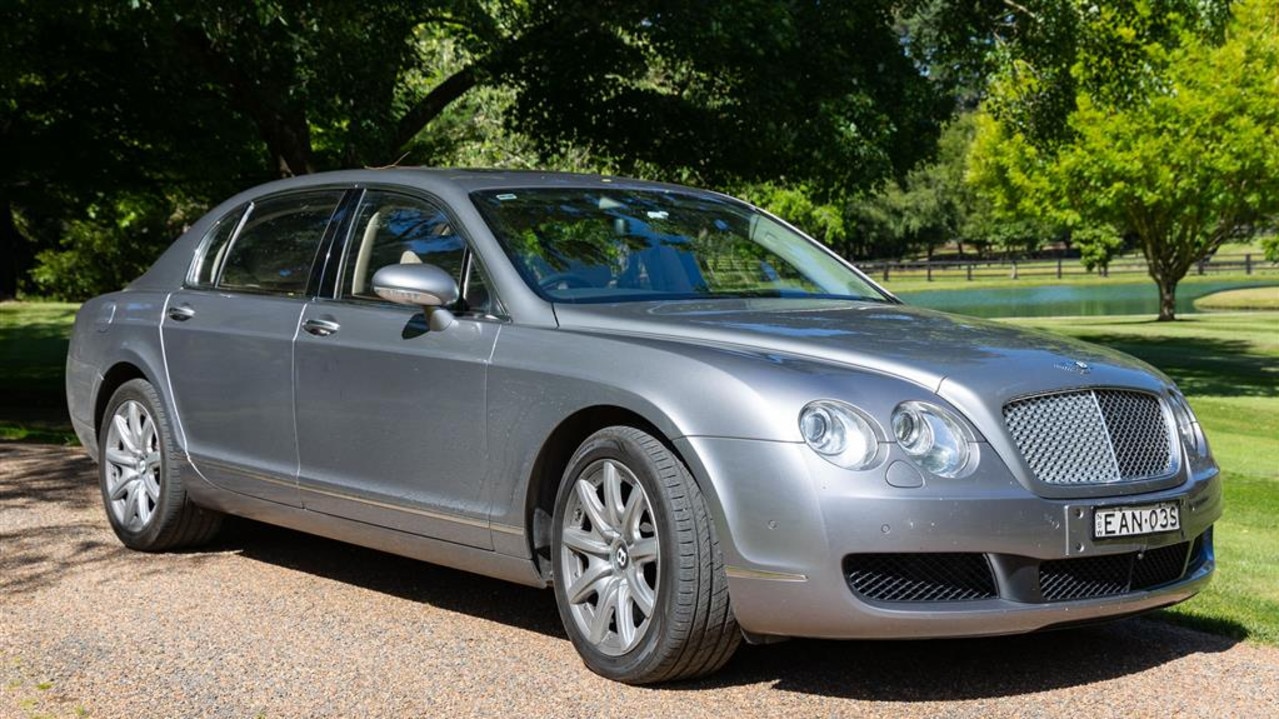 Jones’ 2006 Bentley Flying Spur was yet to attract a bid anywhere near the asking price. Picture: Lawsons Auctioneers

Mr Fitzsimons’ tweet linked to the listing of the bookcase, which was described as “a timber bookshelf containing a quantity of books, mainly children’s” and asked for $200-$300.

Soon enough, Mr Fitzsimons discovered the bookcase included not one, but two of his books, tweeting “the insult deepens”. 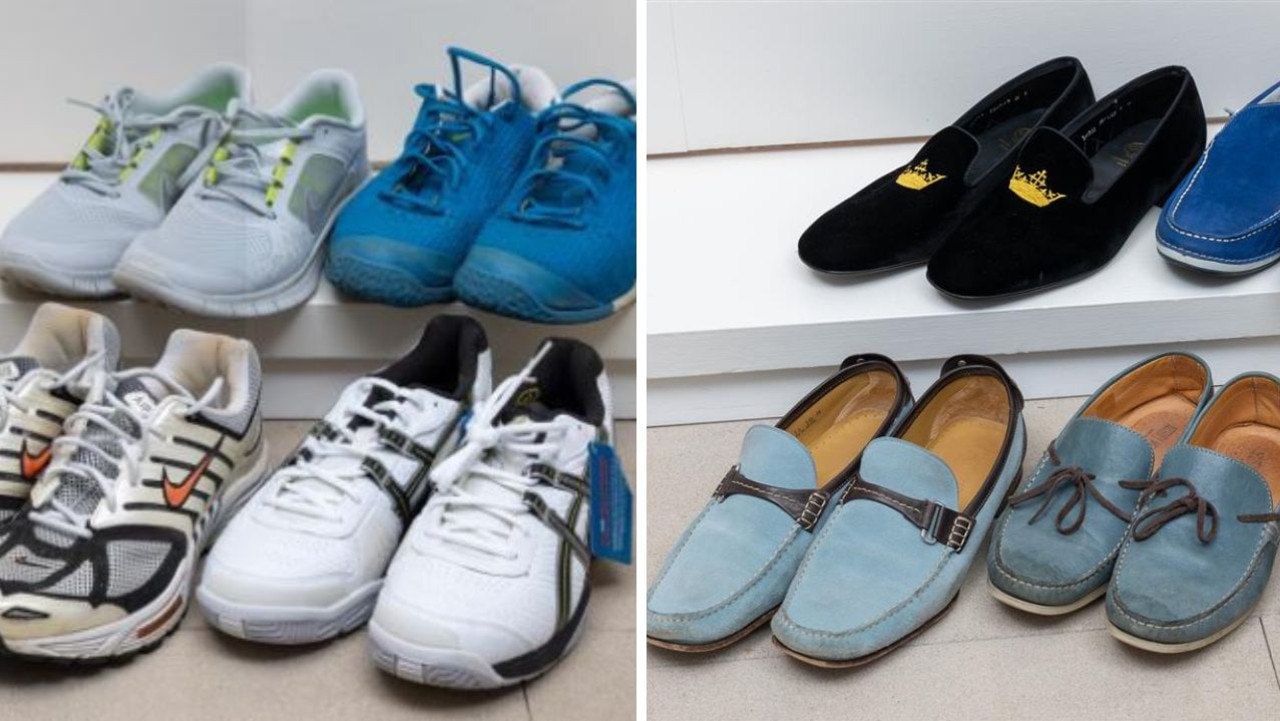 The broadcaster’s training shoes and slip on shoes are up for grabs. Picture: Lawsons Auctioneers

The 10-bedroom home — with tennis courts, stables and caretaker’s cottage — reportedly sold for about $2 million less than the $17.5 million asking price. 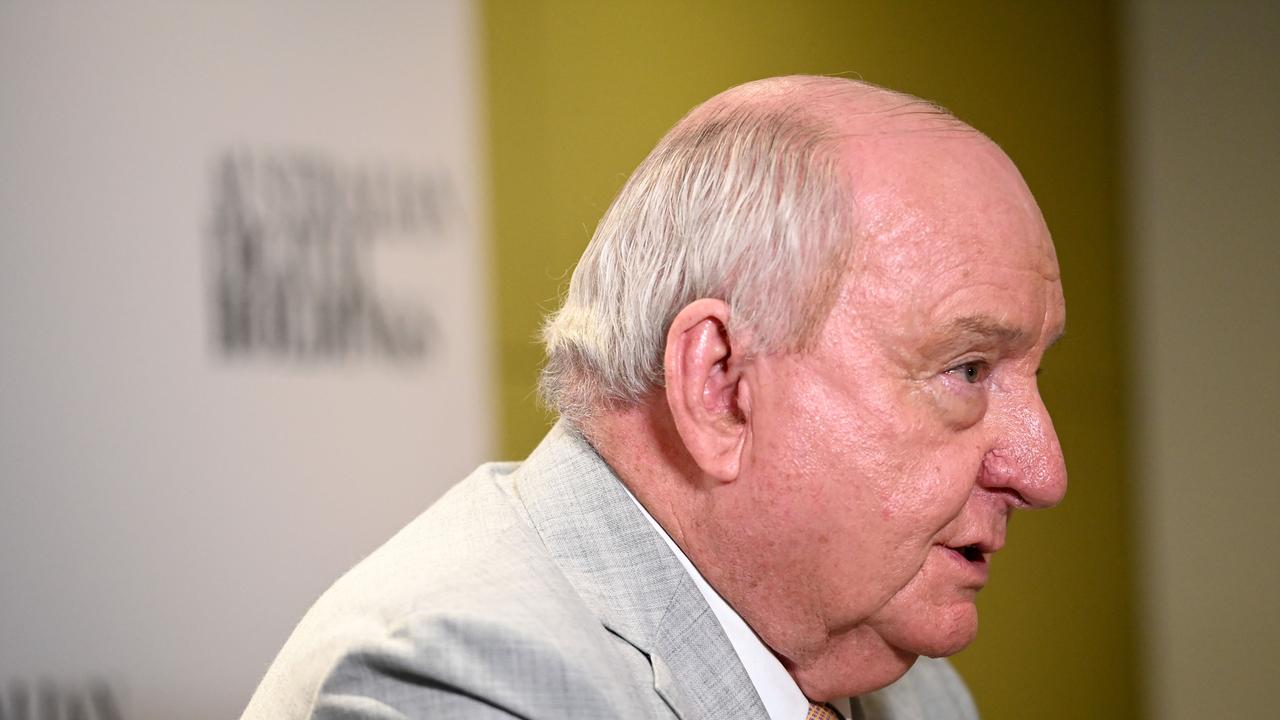 Now, Jones is auctioning off some of his former home’s contents on January 14.

As one would expect for an auction relating to such an extravagant property, many items listed are far from cheap. 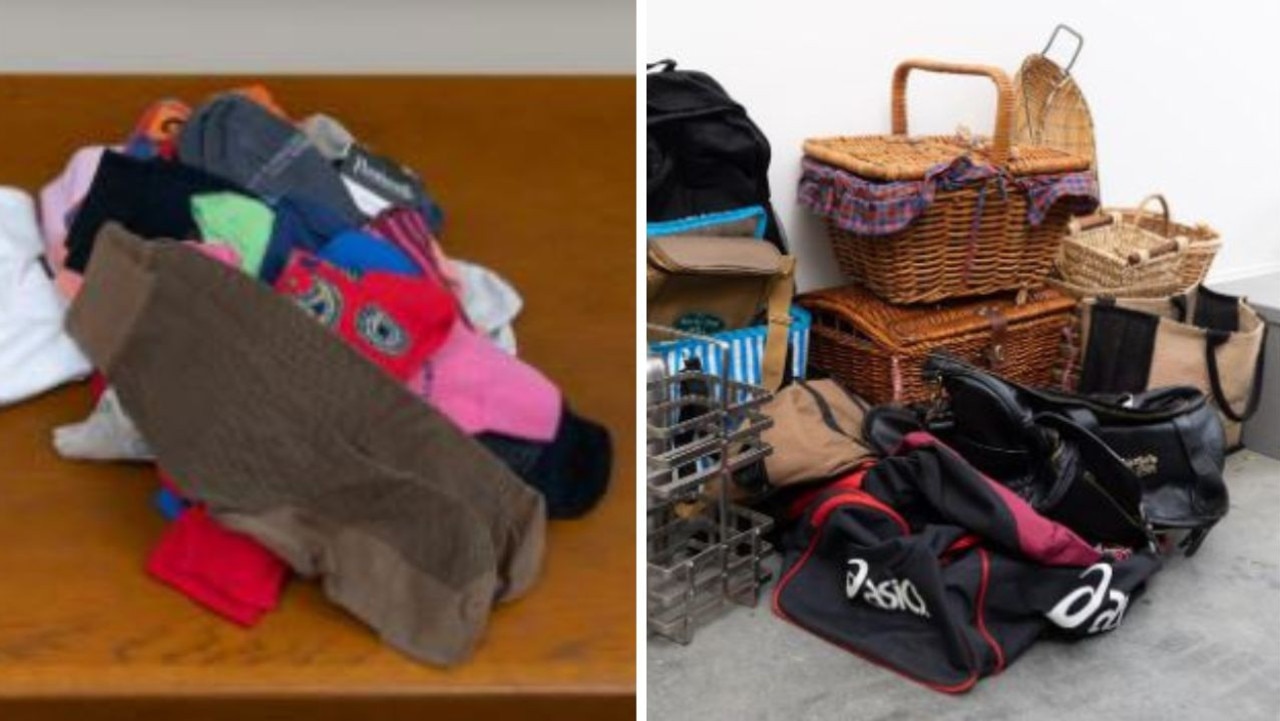 They include two Margaret Olley paintings listed at a $40k-$60k asking price and a “large and impressive Flemish 17th century verdure tapestry depicting a swooping eagle in a pleasant landscape” for an estimated $15k-$25k.

Some listings have raised some eyebrows on social media. A group of ceramic birds and whale (l) and silver-plated horseshoe and nails (r) are also listed. Picture: Lawsons Auctioneers

Jones listed about 25 animal statues and trinkets, ranging from $40 to $700. They featured dogs, cats, many types of birds, frogs, sheep, an elephant, a cow, horses and children riding a polar bear.

Several Twitter users asked why Jones did not donate the books and other cheaper items to charity. 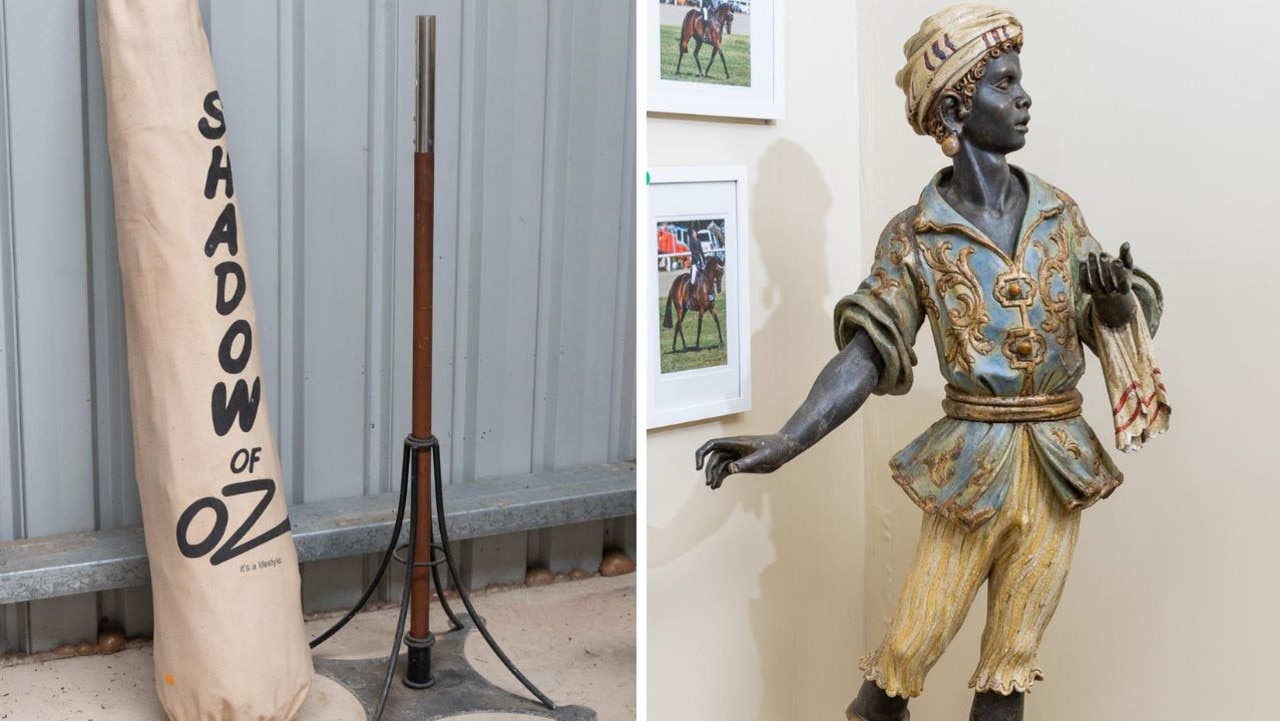 Jones is selling a Shadow of Oz umbrella for $40-$60 and a painted plaster blackamoor for $800-$1200. Picture: Lawsons Auctioneers

Another curious user asked: “Anyone going to buy the Jones Boy’s running shoes?”

Jones retired from radio broadcasting in 2020 after spending decades at 2UE and 2GB.

He took on a brief stint at Sky News in 2021 before moving online with Alan Jones Direct To The People, which produced web shows and podcasts.

Over the years, the controversial broadcaster has referenced his “unbearable” back pain which landed him in hospital last year.