Before this week Gracie Piscopo was living her luxurious life in Perth, sharing snaps of her son to Instagram and hauls of her favourite fashion brands to YouTube.

But on Tuesday the 26-year-old model and influencer was thrust even further into the spotlight when the father of her son was charged with murdering his mother more than two years ago.

Andre Zachary Rebelo has been charged with murdering Colleen Rebelo after police were called to her home on Preston Point Rd in Bicton just after 2.30pm on May 25, 2020.

Mr Rebelo, 26, was taken into custody on Tuesday and on the same day faced Fremantle Magistrates Court, where he was remanded into custody to reappear on December 21.

The couple have been dating since 2014 and share a young son named Romeo, who was born in 2019. 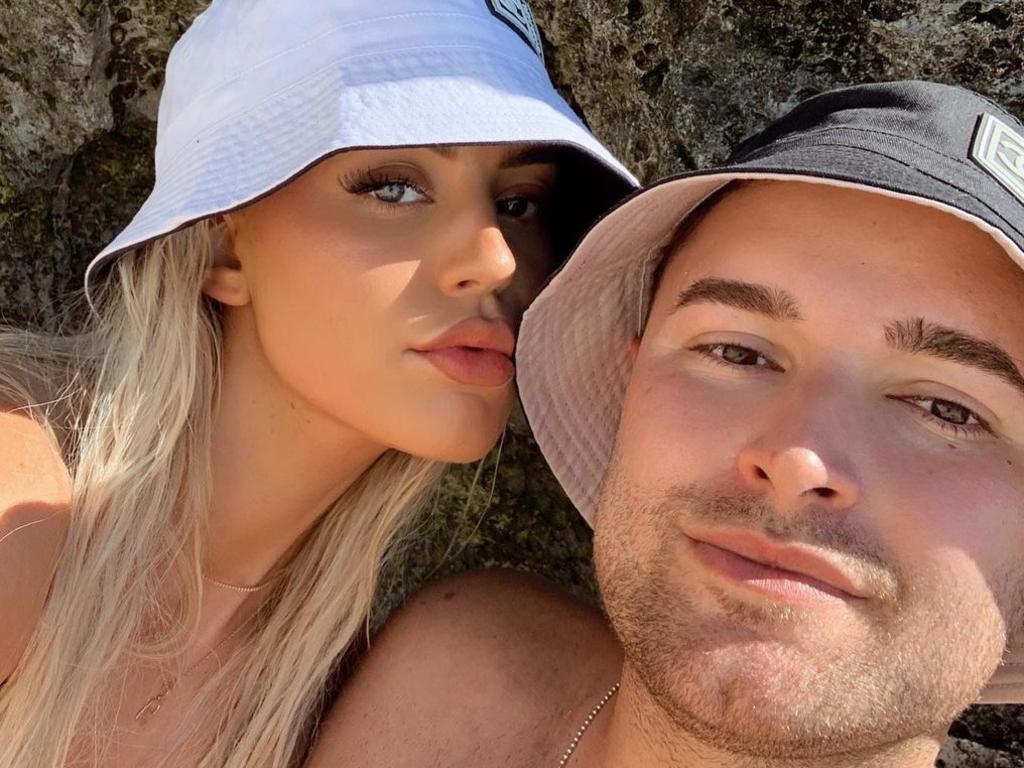 Andre Zachary Rebelo, who has a child with model Gracie Piscopo, has been charged with murdering his mother more than two years ago. Picture: Instagram Ms Piscopo is a model with more than one million followers and has amassed more than 32 million views on her YouTube channel.

The 26-year-old was born in Perth and is usually active on social media, posting content relating to fashion, beauty, fitness, skincare, haircare and travel.

She often posts “day in the life” videos that follow the young family on activities such as going to the zoo or park.

The influencer’s most famous YouTube video “Bali Vlog” was posted in October 2016, with the six-minute video showing the highlights of her holiday on the island.

She was interviewed by fashion brand The Littl in 2018 and said her full-time job was running a YouTube channel and Instagram page.

“A day in my life consists of a balance of work, working out, spending time with my family and a little bit of self care at the end of the day with a face mask and my favourite show or movie,” the model said. 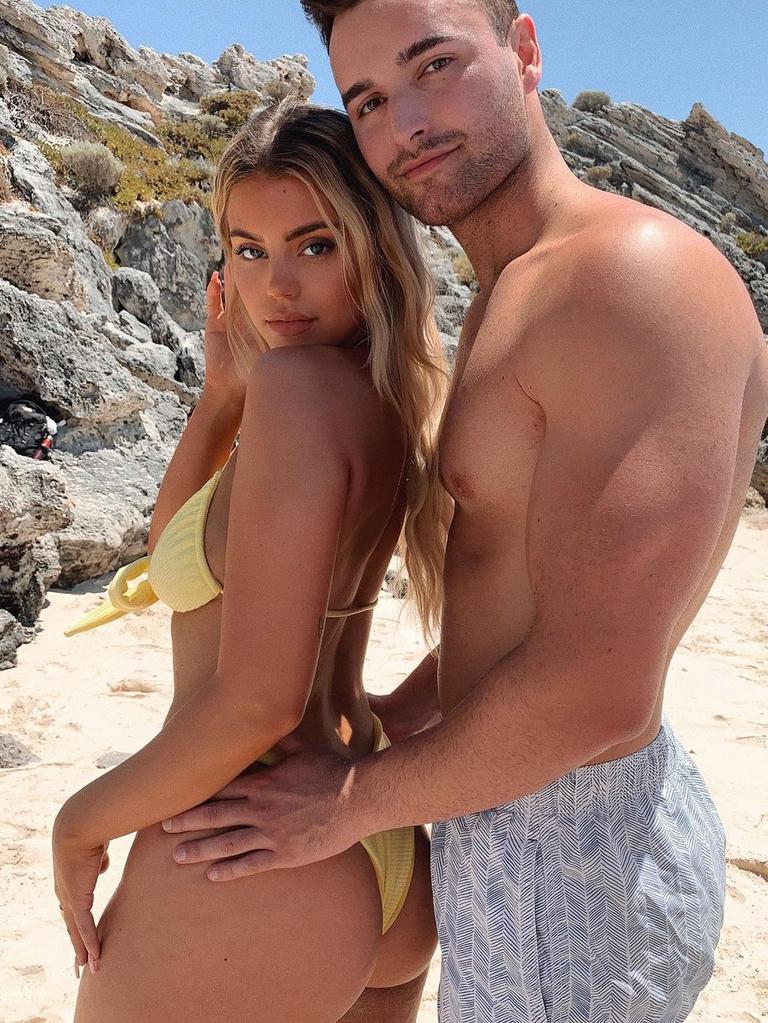 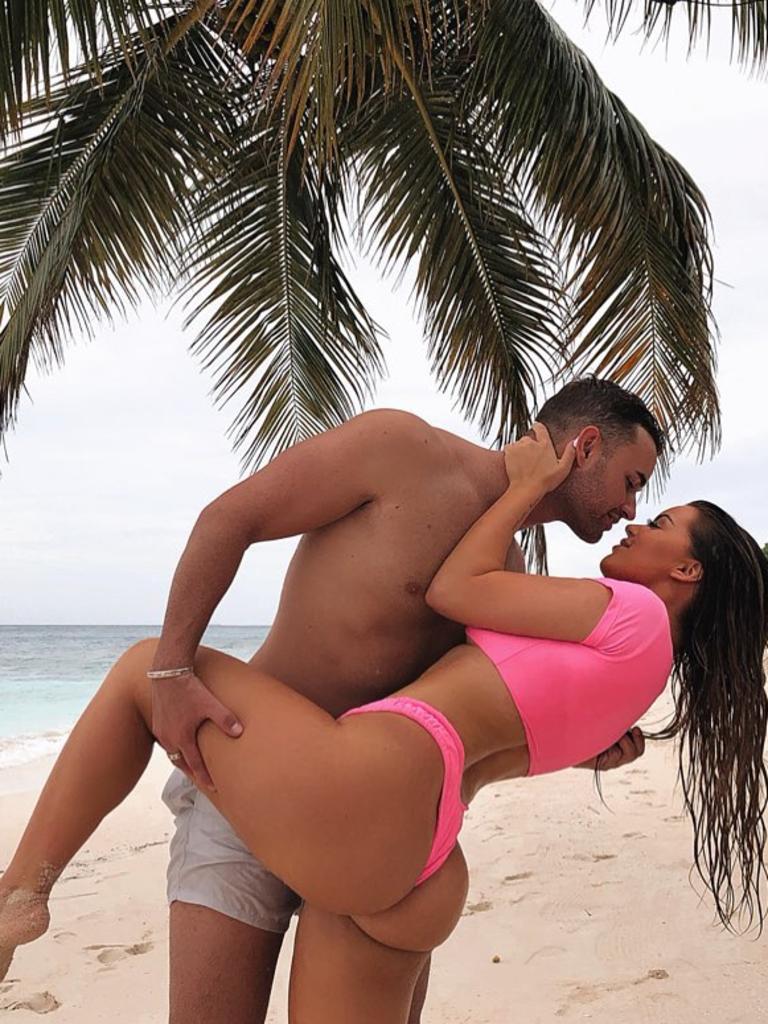 Mr Rebelo was taken into custody on Tuesday. Picture: Instagram

Ms Piscopo usually posts regularly to her social media channels, but the page has been quiet for almost a week.

She shared much of her pregnancy experience with her followers on the internet, including a gender reveal where Ms Piscopo and Mr Rebelo popped a balloon to reveal they were having a son.

In 2020, she shared a video dubbed “house tour”, showing off the home she shared with Mr Rebelo. In the video she said Mr Rebelo’s “first love” was their coffee machine.

“I’m second to this coffee machine … Andrew would die without his coffee, without his Nescafe pods, it’s his first love,” she told the camera.

She showed the bedroom she shared with Mr Rebelo that had a neon sign reading “Always and Forever” on top of their bed.

As well as working with Kardashian’s brand, Ms Piscopo has also worked with major brands such as Showpo.

While her Instagram used to be filled of photos alongside Mr Rebelo, he has not appeared for some time.

When Ms Piscopo turned 21, she posted a photo with Mr Rebelo gushing that he was “the love of her life”. 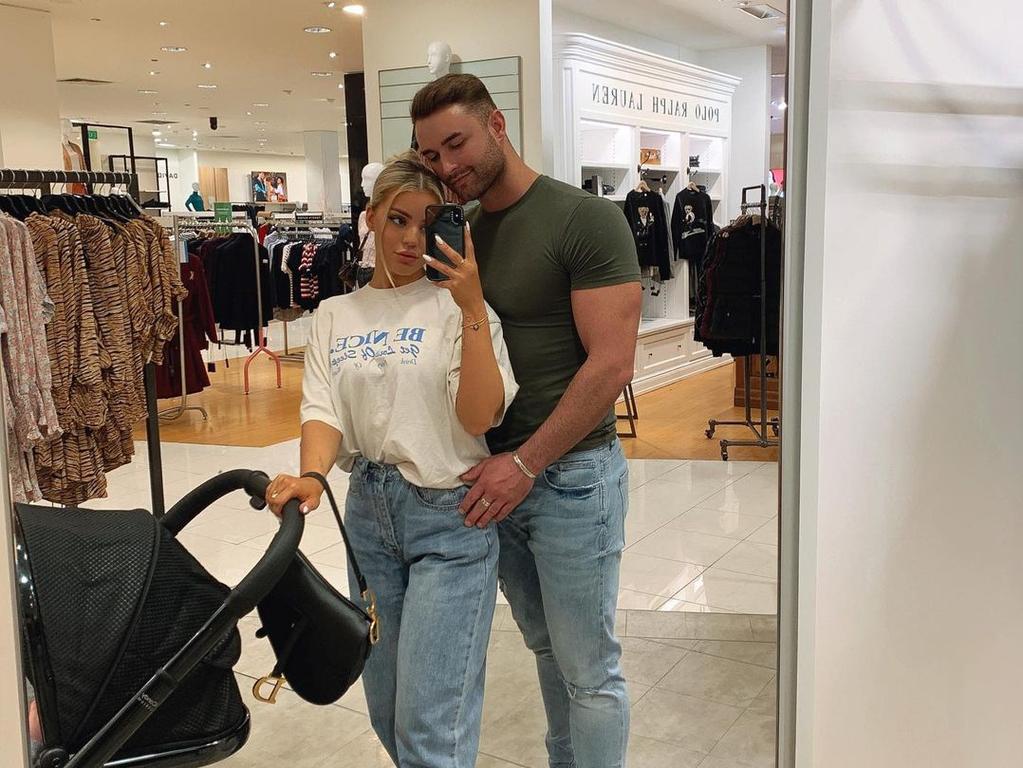 The charges against Mr Rebelo marked the end of a ‘two-year investigation’, police said. Picture: Instagram

“You make me feel so loved and I am so blessed to have someone as special and as beautiful as you in my life,” she wrote under the image.

“You hold the biggest spot in my heart and there is not enough words in the universe to describe how much you mean to me. Thank you so much, I love you, I love you.”

Under another image posted almost six years ago, Ms Piscopo described her partner as having “the purest heart”.

“I can’t even describe my love for you in words, you have the purest heart and the most beautiful soul,” the influencer wrote.

“You have filled my life with indescribable joy and I am so God-damn crazy about you.”

In 2015, Ms Piscopo posted another heartfelt Instagram caption about her lover, saying she “couldn’t be luckier” to be with such an “honest, funny, loyal” man.

“We don’t have anything we hide from each other,” she said.

“We’re both very honest and open.” 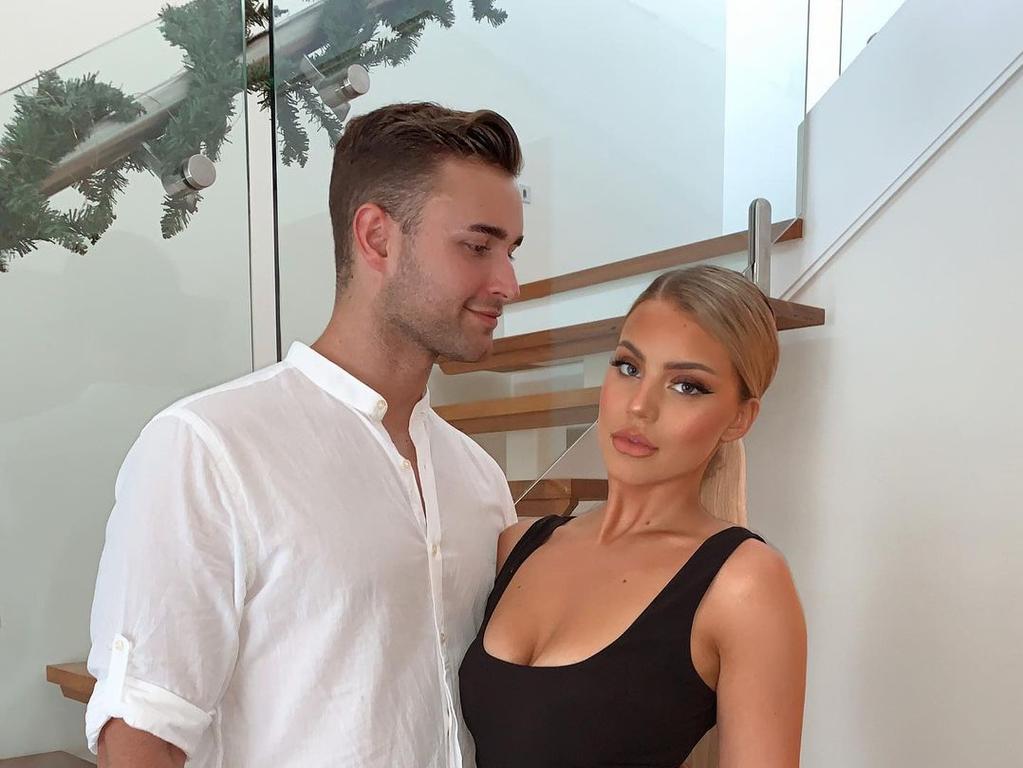 According to an online biography for Ms Piscopo from around 2019, Mr Rebelo was “into cryptocurrency trading” and at the time was her manager.

“He takes care of her finances and the behind-the-scene work on her videos,” the biography read.

“She and her partner grew up in the same neighbourhood but went to separate schools.

“They initially got to know each other through her ex-boyfriend, and later after they both joined Instagram, she sent him direct messages.

“They recently celebrated their fifth anniversary in October 2019.”

Detective Sergeant Clinton Bragg would not confirm Ms Rebelo’s cause of death when questioned by reporters on Wednesday but said the charges against her son marked the end of a “two-year investigation”.

“It’s taken two years to get it to this point and it’s just an example of how we will not stop until we thoroughly investigate to bring these things to a conclusion. 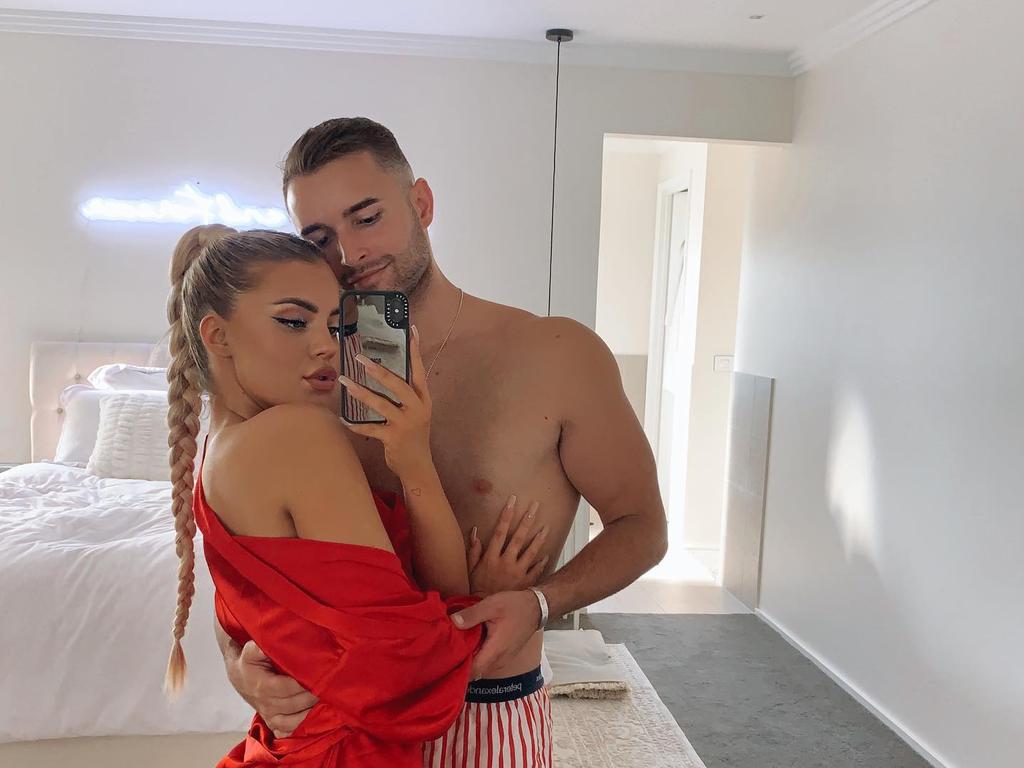 “I’d like to praise the investigative team who were diligent and refused to stop in their efforts to bring this investigation to where we are today.”

Asked who reported Ms Rebelo’s death, Sergeant Bragg said it was “reported by a family member, but I won’t go into that”.

There are reports Mr Rebelo made the triple-0 call.

Court documents show Mr Rebelo has also been charged with five counts of forging a document with intent to defraud.

He has pleaded not guilty to those charges and is due to stand trial in the WA District Court in December next year.

Sergeant Bragg wouldn’t go into “specifics” with those charges.

“There were lots of avenues of inquiries, there were some dishonesty inquires, but that’s as far as I’ll go,” he said.

It is understood the fraud charges are linked to the murder investigation and happened after Mr Rebelo’s mother’s death.

In her death notice at the time, Ms Rebelo was described as a “devoted and loving mother of Julian, Andre, Monique and Fabian”.

“Due to current circumstances a private funeral will be held,” the notice read.

There is no suggestion Ms Piscopo has any involvement in Ms Rebelo’s death. 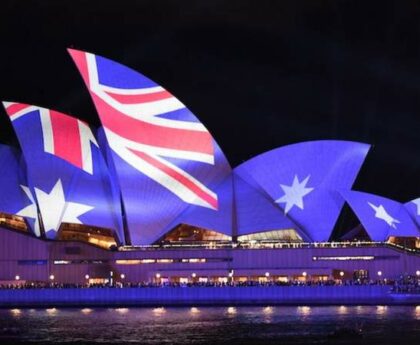