West Australian wonder Hannah Green will relish hunting rather than being the hunted on Sunday as she sets her sights on South Korean leader Jiyai Shin.

Shin and South African star Ashleigh Buhai outdid the trio of Aussies vying for the Australian Open in a Saturday birdie blitz, setting a tough task for home hopefuls, also including Grace Kim and Minjee Lee, ahead of the final round.

Green, fresh off blazing her way to the top of the leaderboard, relented her command on the field with bogeys on hole 4 and 10 before steadying with back-to-back birdies to finish 12-under – two strokes shy of Shin.

But it’s a position she feels comfortable in.

“I probably like that I’m coming in on the hunt versus having the lead,” the 25-year-old said. 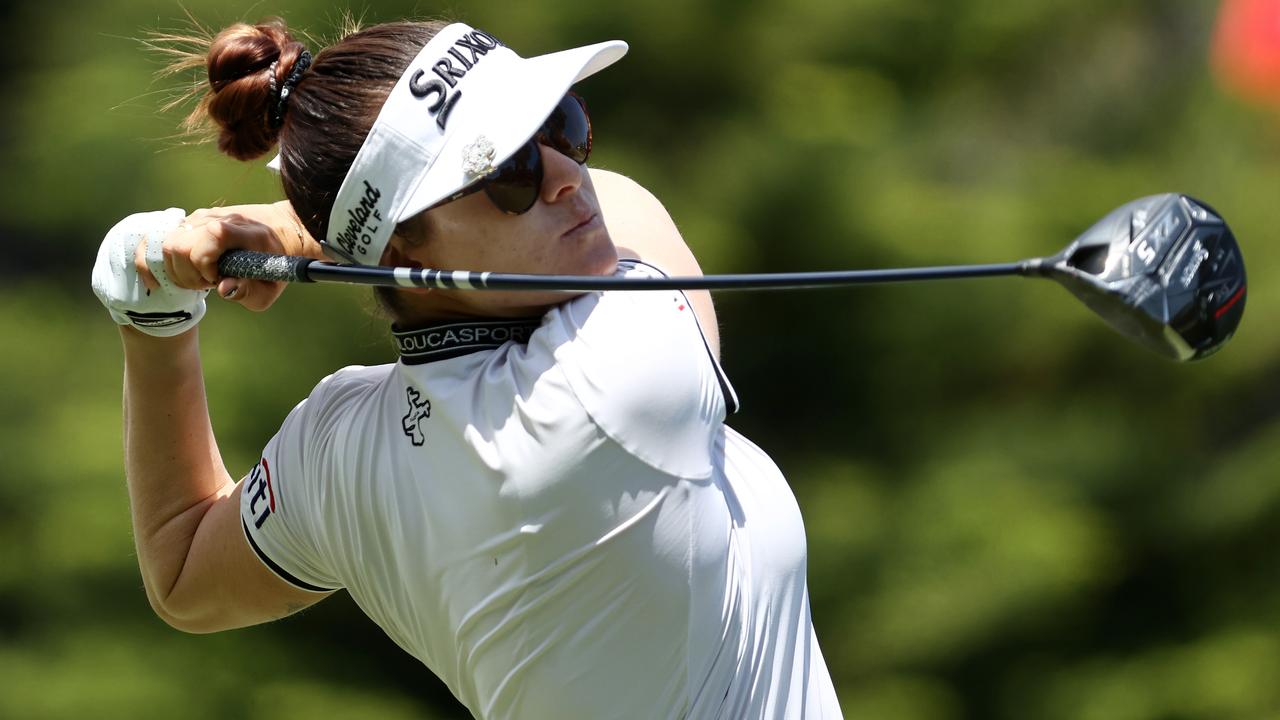 Hannah Green is keen to get on the hunt. Picture: Michael Klein

“I was pretty disappointed with how I was playing, so it’s nice to at least finish on a positive note with two birdies.

“You just never know on this golf course, it’s starting to get firm and it depends on how the wind is so you just have to stay patient, which is difficult.”

Green said knowing she was being chased down by the likes of Shin and Buhai had played on her mind at times, although missing putts while her playing partners made them proved “a bit frustrating”.

“But I didn’t hit it great at all, so I can’t really complain about my round,” she added. “If anything, I should say I probably am glad that I got at least got under par.

“At least knowing how the course is going to play tomorrow, we’ll see when I can be aggressive and when I can’t. Hopefully I just get the lucky bounces and pick the right clubs.”

Shin, a two-time Women’s British Open winner, strutted down the fairways with competitive flare and had the shots to match, finishing the day at an imperious 14-under.

The 34-year-old has a one-stroke lead on fellow British Open champion Buhai, who is eyeing off a romantic triumph alongside caddie and husband David.

Shin joked following her round that she was “not 25 anymore” but said she loved playing the Sandbelt and felt confident taking on the “tough course” at Victoria. 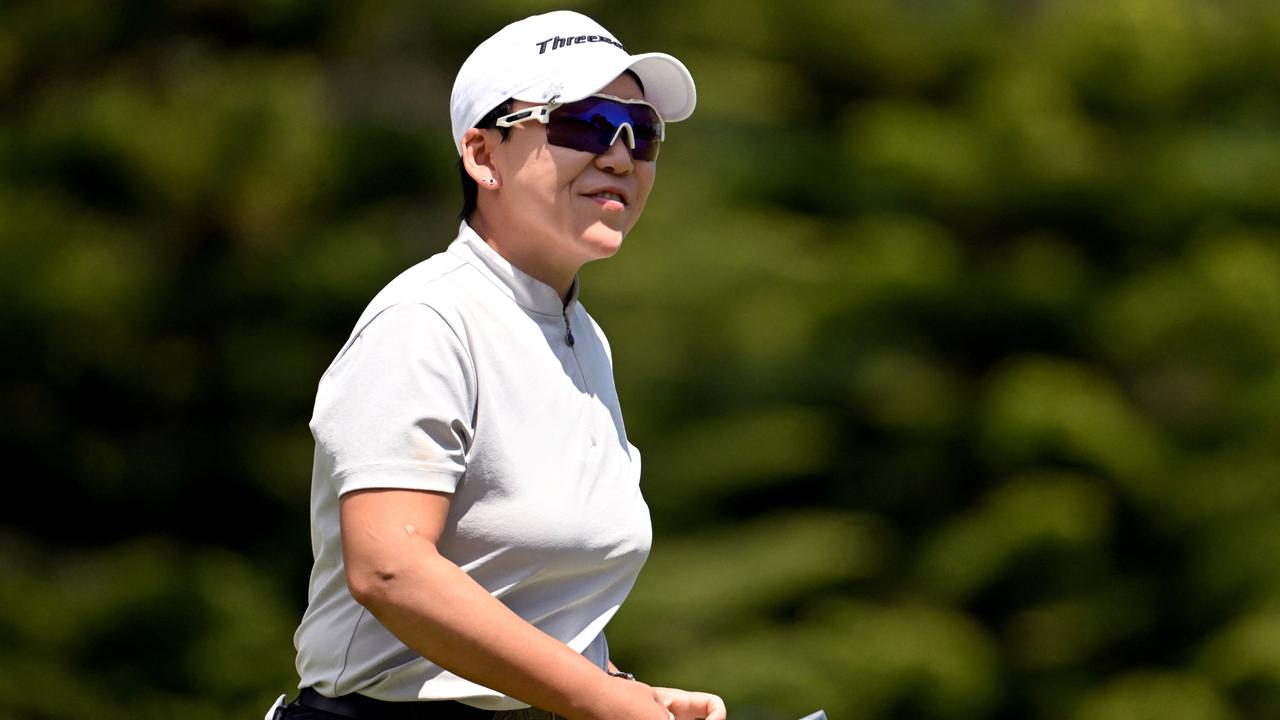 Jiyai Shin is in the lead despite “not (feeling) 25 anymore”. Picture: William WEST / AFP).

“I always love to play here. I have a lot of friends out here so they make you feel confident. How cool, I’m really lucky to play this event,” she said.

Behind Green, Grace Kim and Minjee Lee had respectable days amid a fight to make ground on the leaders.

Kim was particularly strong down the stretch with three consecutive birdies but cost herself a fourth on hole 18 with a close-miss putt to finish nine-under.

She appeared frustrated in the early stages of her third round but often shot herself out of trouble.

The trio of Buhai, Lee and Kim attracted a strong crowd playing a hole ahead of the men’s leaders, with Green and Shin coming after the latter in a dream for hole-hopping golf fanatics. 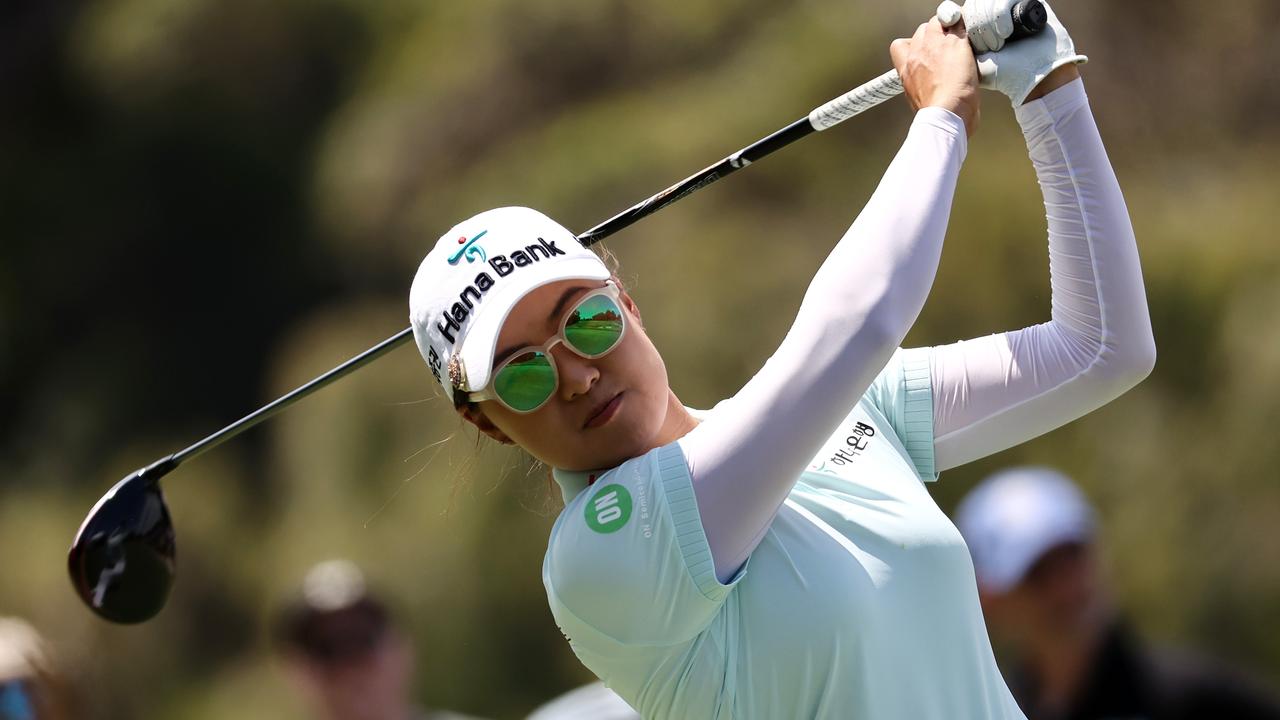 Minjee Lin struck up a seven-under total, but is seven strokes behind Shin. Picture: Michael Klein

Spectators turned out in big numbers on a warm Melbourne day, beating the 30-degree heat under the shade of tree-lined fairways with numerous fans praising the opportunity to watch the women alongside the men in a first for national championships.

Lee was her composed self, also in a tough battle for family bragging rights after younger brother Min Woo shot himself into men’s reckoning. She maintained a tidy seven-under total of her own.

The finishing groups completed their work on Saturday in the surrounds of an emphatic group of fans, who lined the 18th from the fairway to the hill overlooking the green.

Lee and Green proved the big hits, with resounding applause for veteran Adam Scott wedged in between.

Green, Buhai and Shin will tee off at 11:34am Sunday, after Lee, Kim and So Yeon Ryu commence their quests for the cup at 11:12am.