A hospitality boss is receiving death threats after a former casual employee posted online about being docked five hours of pay because he used his phone while working.

In a post on social media on Monday, the worker appealed for advice after losing $298.65 in wages from a public holiday shift at Birdies Mini Golf and Sports Bar in Melbourne’s Forest Hill.

A note on his pay slip, which was uploaded as a photo, stated: “Deduction for over five hours on mobile phone during shift (unauthorised)”.

He claimed he “single-handedly worked at the place from open to close”, and said while he did use his phone when there were no customers, he felt the penalty was too harsh.

Hundreds of people commented telling him to report the deduction to the Fair Work Ombudsman, basing their advice on their belief he was docked unfairly.

Following his post however, a representative from Birdies said the worker, who she believed to be a young university student, received multiple warnings for his “excessive personal mobile phone use”. Less than half an hour had gone by before the worker pulled out his phone. Picture: Supplied

Less than 30 minutes had passed after clocking on for his January 2 shift before he got his phone out and began watching movies and scrolling through social media, the bar’s representative told news.com.au.

She said she had warned him several times previously, during and after shifts in December, that if he continued to use his phone so much, his pay would be affected.

“I warned him, ‘If you keep doing this, I’m not going to pay you for the hours you’re on the phone and doing personal things,’” she said.

On the day of his final shift, his boss, based in Sydney, ended up sending him home early.

She said she had been watching him via cameras and called him at least a dozen times asking him to do some work.

“There’s a whole list of things to do. It’s not just about serving customers, if there’s no customers you can clean, you can mop the floor or dust – there’s a million things to do,” she said.

“He worked close to nine hours and I paid him for four, which were the hours he was not on his phone.”

She said it was obvious he wasn’t just checking the odd message given he had pulled up a stool and had his “head down and was engrossed in his phone”. 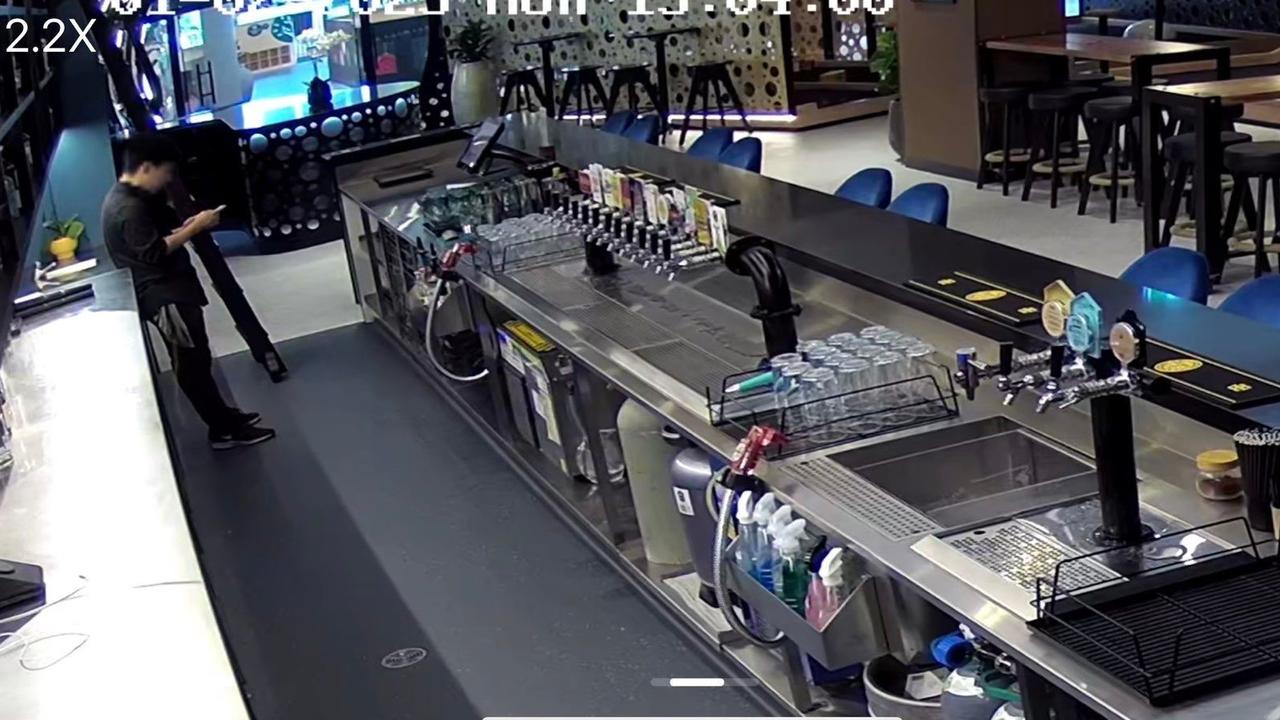 He was engrossed in his phone for five hours, his boss said. Picture: Supplied

“He wouldn’t have even seen if a customer came in, let alone doing all the duties he is supposed to do,” she said.

His boss claimed she generally had a relaxed approach to phone use, but felt the young man was “taking advantage” of her and her business.

“There’s a big difference between a quick text here or there and sitting down to watch a movie,” she said.

“When it’s excessive like this – hours at a time – I am going to say something because I’m paying that person to be working for me.”

She said she flew down to Melbourne the following day to complete the cleaning jobs he didn’t do, which she claimed took her four hours. 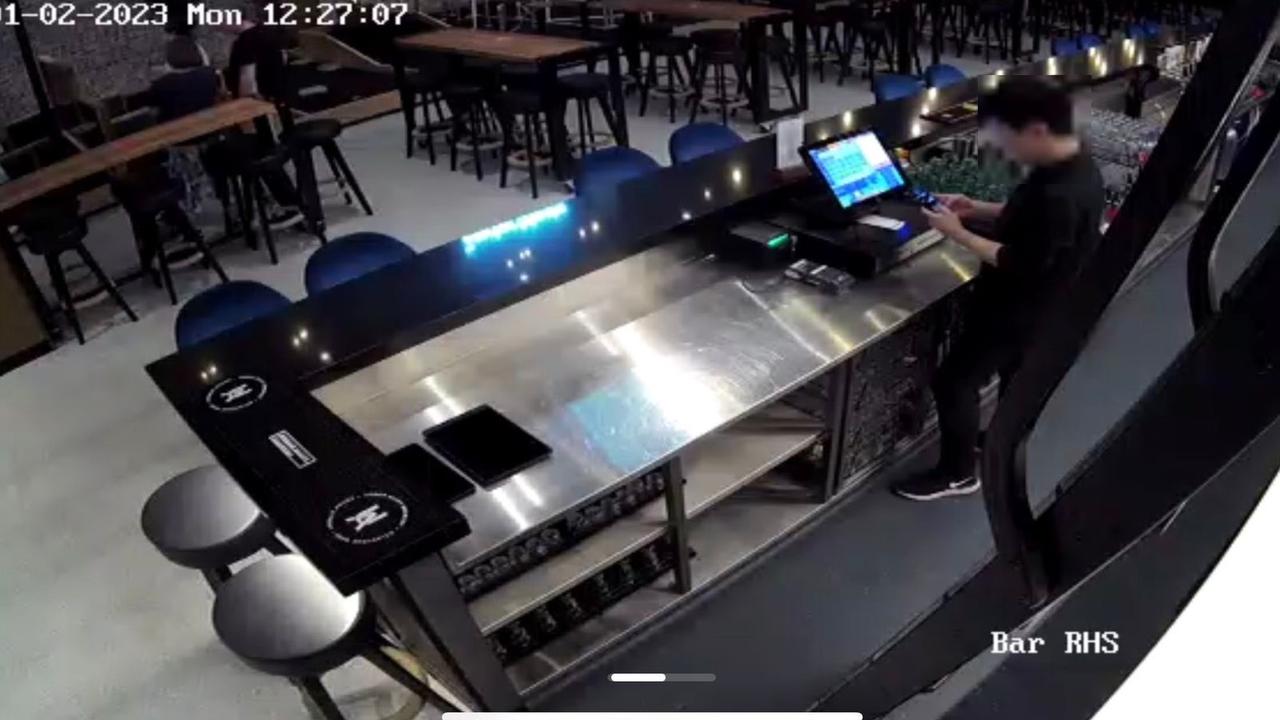 This was, unsurprisingly, his final shift. Picture: Supplied

Despite an enormous push from community members online calling on the worker to be paid for the full time he was at the bar, his former boss said she was remaining firm on not paying him.

“I’ll go through whatever Fair Work process if I need to and I’m happy to engage lawyers,

but my position is, he had been warned on two previous shifts that excessive personal phone use was not acceptable,” she said.

“He agreed and he understood the policies.”

After the shift, she says he texted her to say he wouldn’t be picking up any more.