An Australian influencer has divided TikTok users over a rant about the drastic spike in her investment property’s interest rate.

Amber Paul, who’s best known for providing updates on influencers, posted the insight to TikTok, complaining that payments had more than doubled in less than a year.

“Can I just vent for a second?” Ms Paul asked before launching into her complaints.

“So last month the interest on my investment property was $2700 a month. Just seven months ago in May it was less than half that at $1300 a month.”

However, despite the young mother’s apparent financial woes other users were quick to point out they were in far more dire situations.

“I don’t have food in my fridge, Amber,” one person wrote. 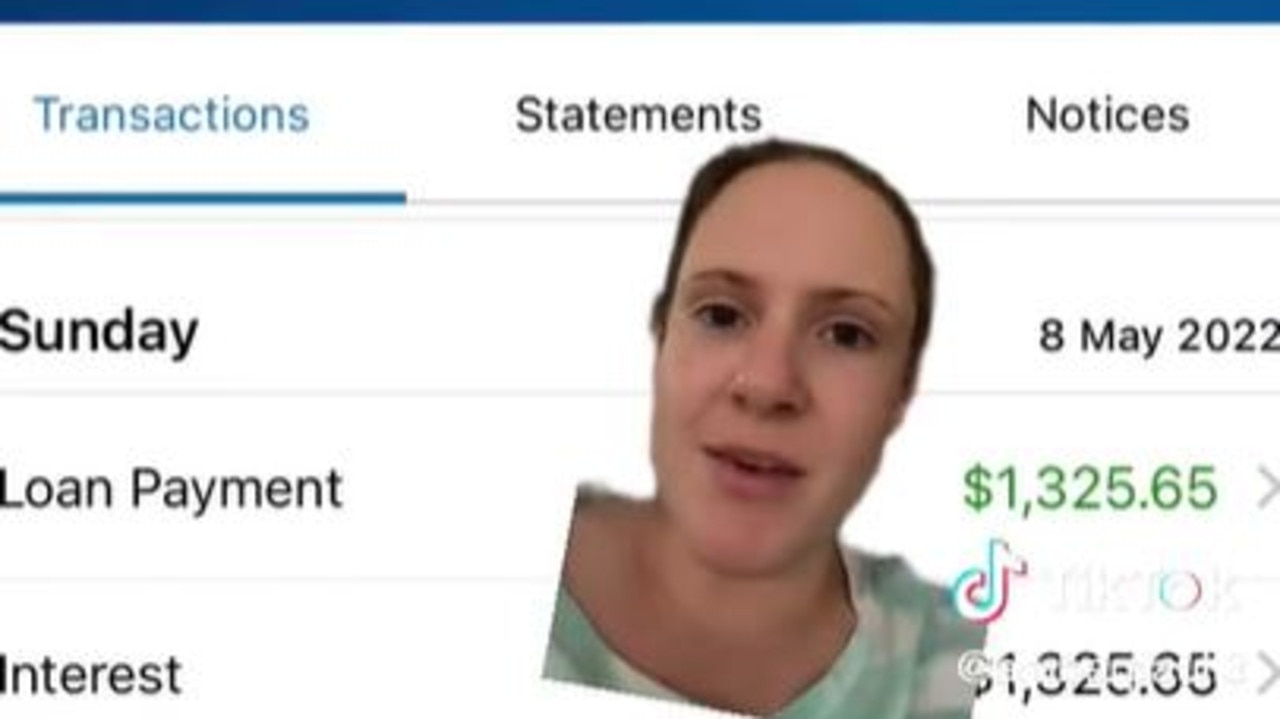 Influencer Amber Paul said the payment was just half the amount six months ago.

“It’s almost like an investment can be a gamble,” added another.

“Sell it then … it’s an investment property. I don’t pity you.”

Others were more sympathetic, adding they could relate to the rising housing payments.

“Same! Now I’m unsure if we should sell,” one homeowner wrote.

“We are forking out another $3000 a month on top of the tenants’ rent just to keep it.”

Paul said she also considered that option but would have to sell the house at less than what she bought it for five years ago.

The RBA cash rate sits at 3.10 per cent after being hiked a mammoth seven times during 2022.

The fast pace of rate hikes have been attributed to ensuring inflation expectations remain anchored around its 2 to 3 per cent target.