A Sydney resident has revealed her shock at being visited by police informing her a human skull had been found in a recycling bin used by her apartment complex.

Two officers knocked on the woman’s door about 11am on January 6 to let her know they were investigating how the remains came to be in the complex’s bin.

Workers that collected waste from the Crows Nest block, on Sydney’s lower North Shore, made the grim discovery and informed police, the woman told news.com.au.

She had been on the phone with her sister before getting the Friday morning knock at the door.

“I was very taken aback and slightly alarmed (and) concerned but mainly just intrigued and surprised,” she said.

A human skull has been found in a Sydney apartment complex recycling bin. Picture: David Fletcher

About 40 apartments make up the complex, which she said was a typically “very peaceful and relaxed residence with friendly neighbours”.

“I definitely would not have suspected something like this to happen where I live,” the woman said.

Police had been hoping the discovery was something else, she added.

“They said they were hopeful for an innocuous explanation – academic, medical, or art project – and that even possibly it was related to the high schools nearby.”

She said the bins were emptied once a week, suggesting the skull had appeared in the few days since the last collection.

The resident said despite the shocking find, the complex had not felt any different, outside of leaving the tenants intrigued.

“It’s not every day that you have police knocking on your door, especially not with something as suspicious as this,” she said. 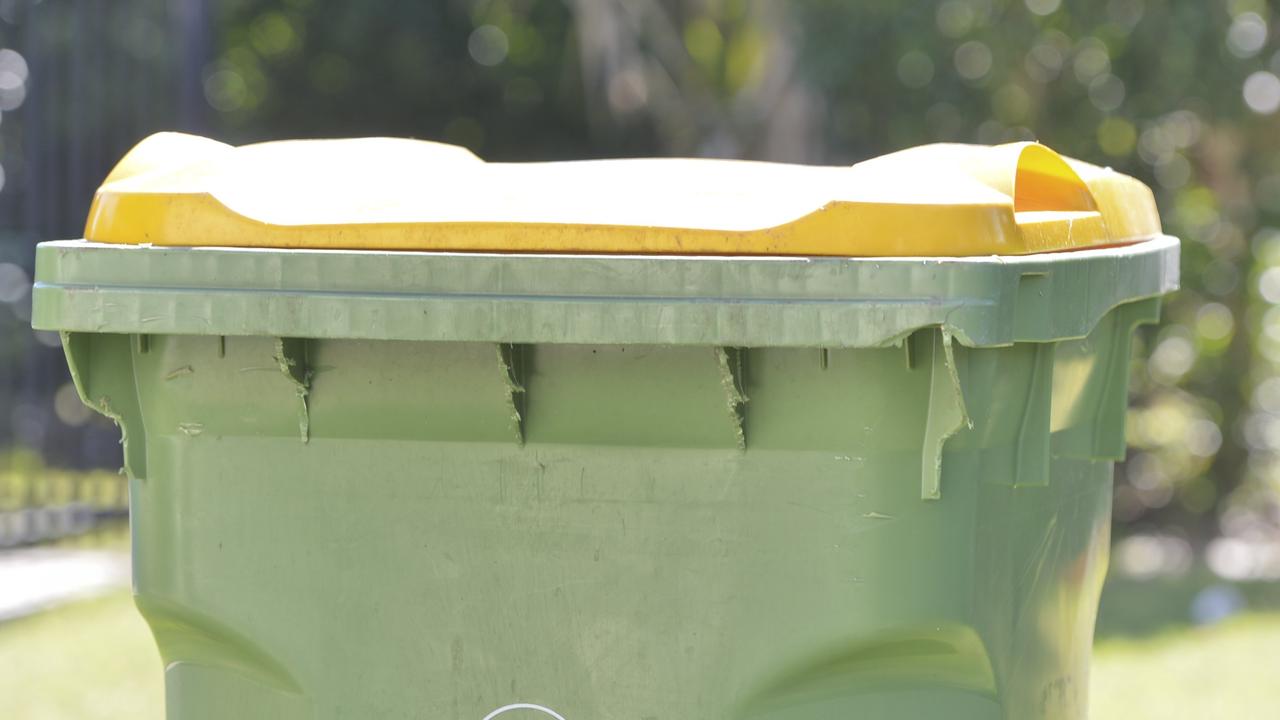 Police knocked on all doors in the complex following the discovery.

“I hope the whole situation is resolved soon and that no one has been endangered.”

The North Shore Police Area Command told residents the skull had been found in a yellow recycling bin on January 4.

“On Wednesday the 4th of January 2023, what is believed to have been medical equipment and another noteworthy item was located in a yellow recycling bin at this address,” a letter distributed to residents read.

“Police would like to establish who the owner of these items is,” it stated, asking for residents to email the Command if they knew anything.

NSW Police said North Shore Police Area Command officers became aware of the skull on January 6 about 8.45am. It’s unclear why the skull was not handed in straight away.

“Initial inquiries suggest the skull was being used as a medical training tool”.

“There are no suspicious circumstances. The skull is currently being examined by an anthropologist.”