TV star Carrie Bickmore’s bombshell split from Chris Walker has stunned Australia – but according to an insider, one telling sign revealed potential trouble between the former golden couple long ago.

The top producer and the former The Project host met on the set of the program in 2012, two years after Bickmore lost her first husband, Greg Lange, to brain cancer.

He became a stepfather to Bickmore and Lange’s son, Ollie, and in 2015, the couple welcomed their first child together – a daughter Evie. Three years later, they became parents once more with the arrival of another girl, Adelaide.

Both Bickmore and Walker confirmed their separation after a decade together on Wednesday morning via a statement shared to their Instagram Stories. 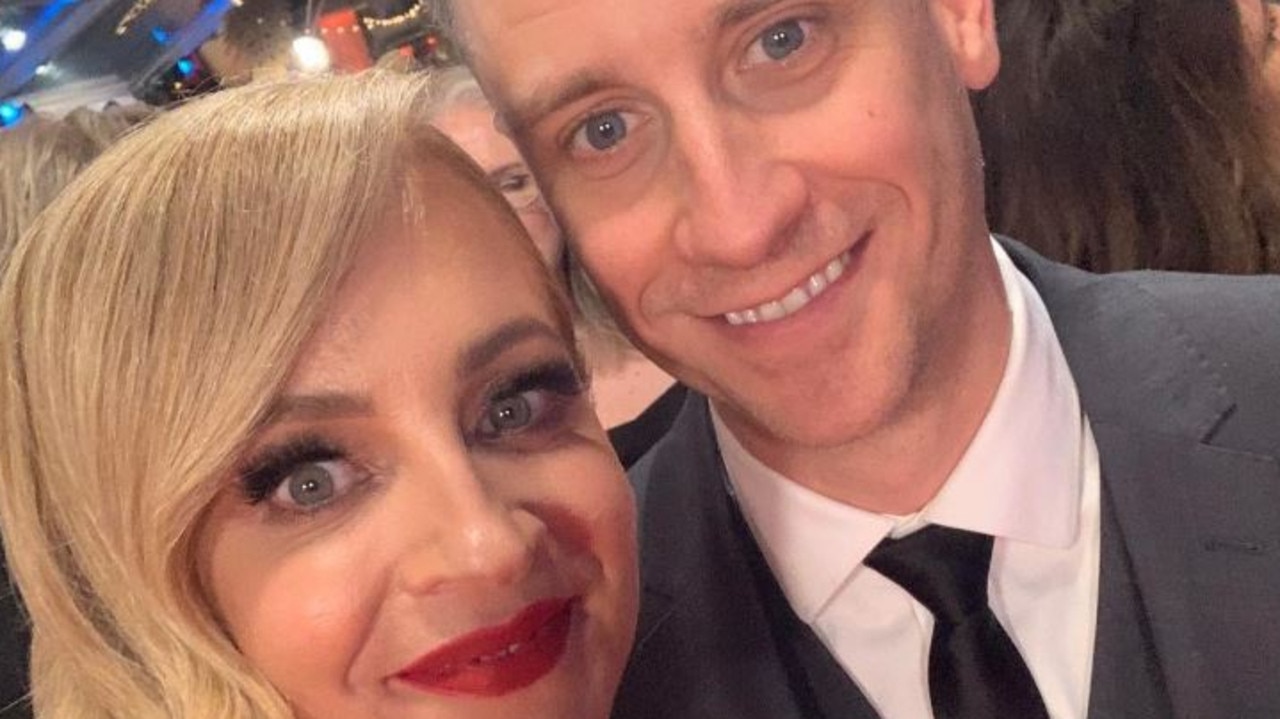 “Hi there. It’s with immense sadness that [Carrie] and I have decided to separate,” the pair wrote.

“While this is a tough time, our focus is to concentrate on parenting, loving and supporting our three amazing children, Ollie, Evie and Addie with everything we’ve got. They are doing great.

“We won’t be making any further comment at this stage.”

The news sent shockwaves across the country, with fans left stunned by the break-up, which many believed had come out of nowhere.

However, according to entertainment commentator Peter Ford, who is heard on radio around Australia, the first cracks may have been starting to show almost a year ago, when Bickmore announced on-air in March that she would be departing The Project for “a few months” to “seize the moment” by temporarily moving to the UK with her family.

It was a surprising move, but at the time it seemed to make sense, with Bickmore explaining that the couple and their kids were “heading off on a family adventure together”.

“We’ve been wanting to do it for a while but lots of reasons, timing hasn’t been right, but we figure it’s never going to be the perfect time to go and it’s something we really want to do before my son starts his final years at school so we’re doing term two in the UK,” she said last year.

“So I will be off for a couple of months.” 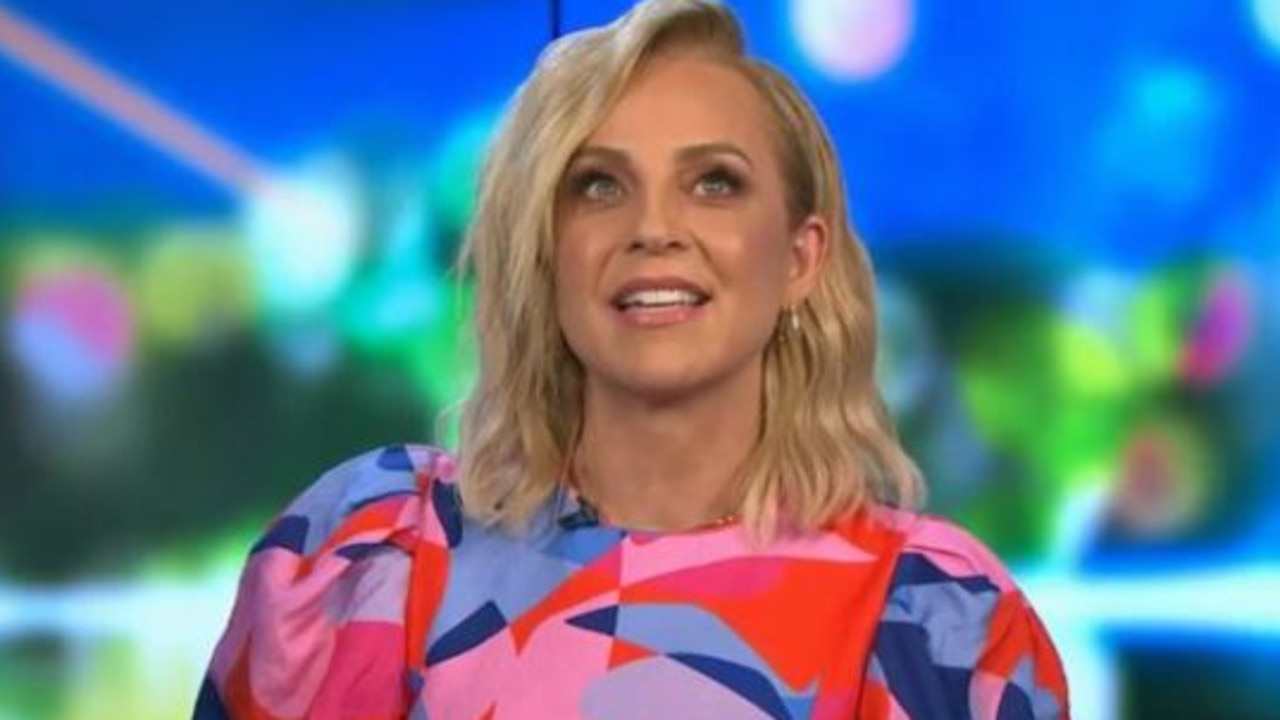 Carrie Bickmore revealed she was taking an extended break on The Project last March. Picture: Channel 10

Ford said while he was “taken aback” by news of the split, and stressed he didn’t know “what’s going on behind closed doors”, with the benefit of hindsight, the extended European getaway may have been a sign of things to come.

The lengthy holiday in the middle of the year certainly raised eyebrows, especially given Bickmore’s lucrative plum role which came with a reported $1.5 million salary and which is considered to be one of the best in the notoriously competitive TV industry.

“Clearly, she took time off last year in Europe, and I thought, most people don’t take time off like that – if they’ve got a TV or radio contract, you don’t take an extended break in the middle of the year,” Ford told news.com.au.

“So I thought that was about [them being] in search of something, trying to find something. “But she came back and resumed work, and now this.

“I honestly don’t know [what’s caused the split], but Carrie and Chris Walker are both really decent people.”

He agreed that the industry was shocked by the announcement, despite the couple facing a brutal 2022 which saw Walker embroiled in a nude Skype scandal after accidentally revealing himself to up to nine ABC co-workers. 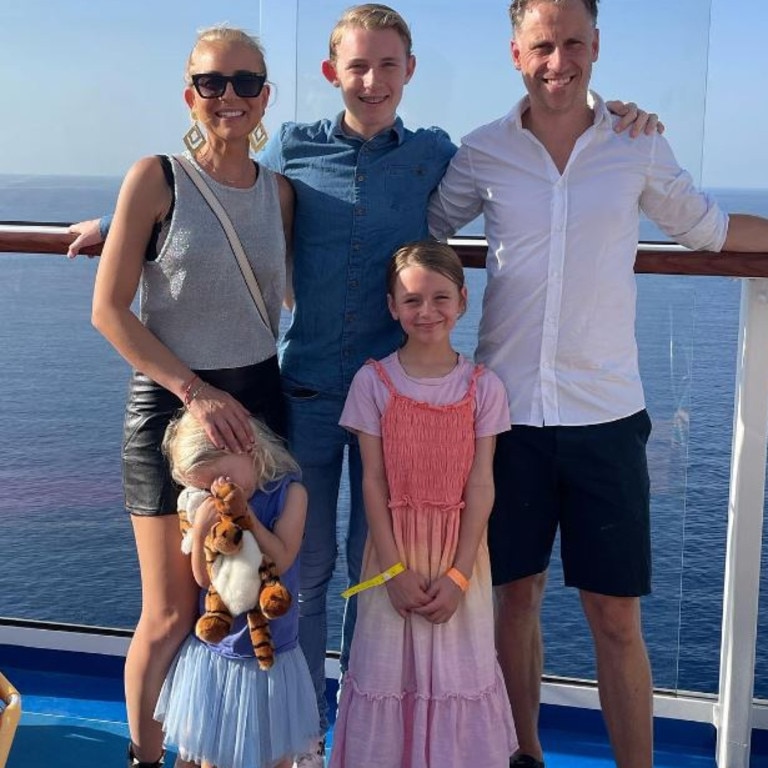 Bickmore remained tight-lipped over the May incident as it gripped headlines, though some speculated it may have put strain on their relationship.

After her return to Australia in July, Bickmore also opened up about the family’s UK trip on her Hit Network radio show Carrie & Tommy, revealing that holidaying as a family had been “really, really hard”, and particularly difficult for her youngest.

Then, in October, the Gold Logie winner broke down as she announced she was leaving The Project after 13 years as host, describing the decision as the “hardest of my professional life”.

The revelation came amid a turbulent period for the Channel 10 program, which was rocked by a mass exodus of talent last year after Bickmore and co-hosts Lisa Wilkinson and Peter Helliar all announced their departures within weeks of each other.

“People thought they had weathered that storm last year with the online meeting and everything – we still don’t exactly know the details of it, but it seemed like maybe the European vacation was all part of that,” Ford said of the split.

“There’s a lot we don’t know – Carrie has obviously put out a fairly short statement on her terms and details, and knowing the sort of person she is, I’d be very surprised if she ever had the intention of offering more detail.”