Premier Dan Andrews has revealed the surprising way he celebrated after watching the numbers tick over on election night to reveal a landslide win to the Victorian Labor Party.

The Labor Party was victorious in 49 electorate seats as of Sunday morning, with Premier Andrews retaining his position of Premier for the third consecutive run.

Speaking to reporters, Mr Andrews detailed the quiet celebrations that kicked off back at home after he wrapped up his victory speech on Saturday night. 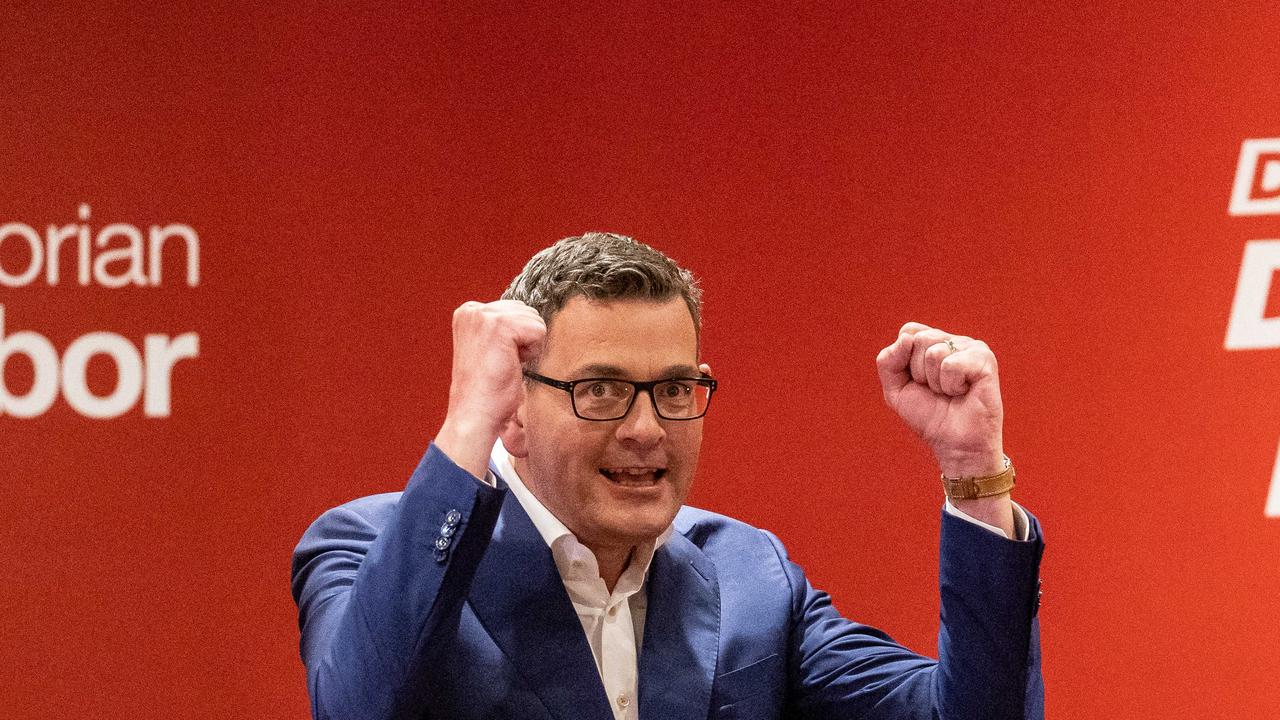 Dan Andrews said he “did not get on the beers” after the Victorian election win. Picture: Jake Nowakowski

“I went home with family and friends and senior staff and had a couple of glasses of wine,” Mr Andrews said.

“Did you get on the beers?” one journalist probed.

“I did not get on the beers but many others did,” Mr Andrews replied with a smirk on his face.

“Which I thoroughly endorse because we’re back – Victoria’s open.” 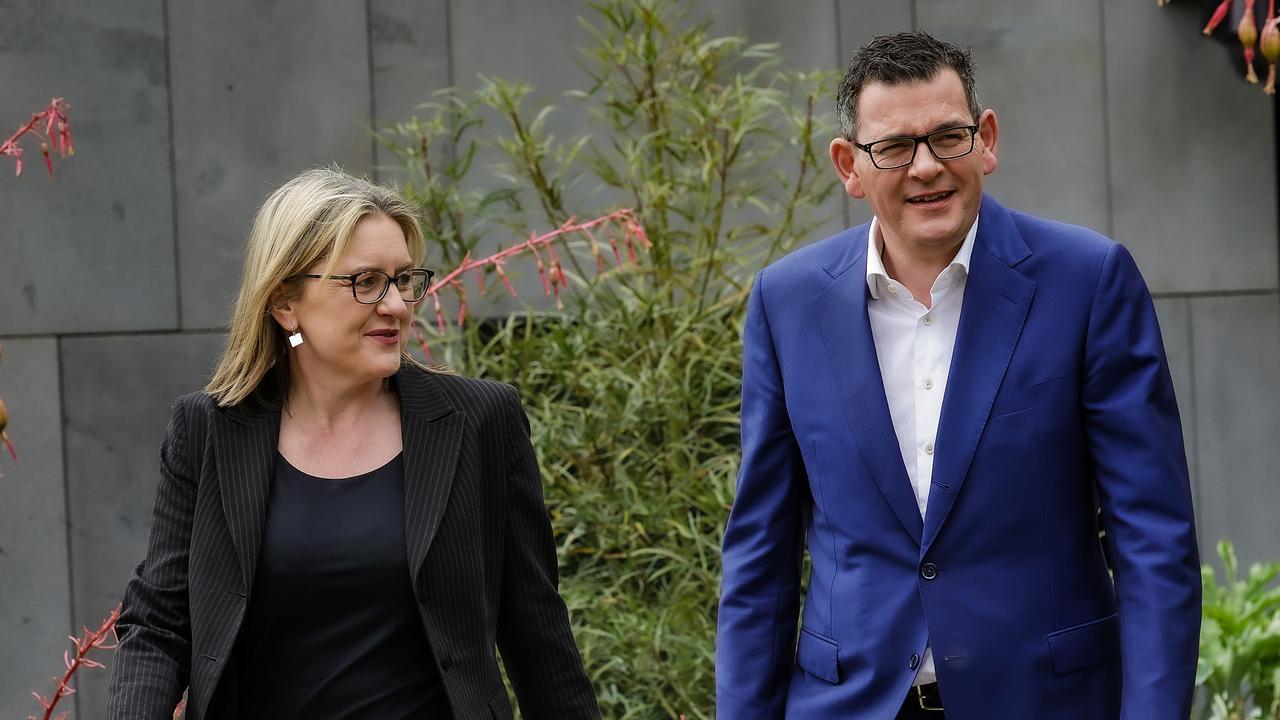 Daniel Andrews said he “endorses” Victorians getting on the beers to celebrate the win. Picture NCA NewsWire / Ian Currie

Premier Andrews gained global attention during the early days of the pandemic when he said in a press conference that it was not appropriate for Victorians to “have all their mates around” to “get on the beers”.

The Victorian Premier made his victory speech in the seat of Mulgrave after 11pm on Saturday night joined on stage by his wife Cath and their three children.

“We will deliver every part of a positive plan to benefit each and every Victorian committee matter how you voted – about how you voted given the better your views and opinions. That is what our job is,” Mr Andrews said. 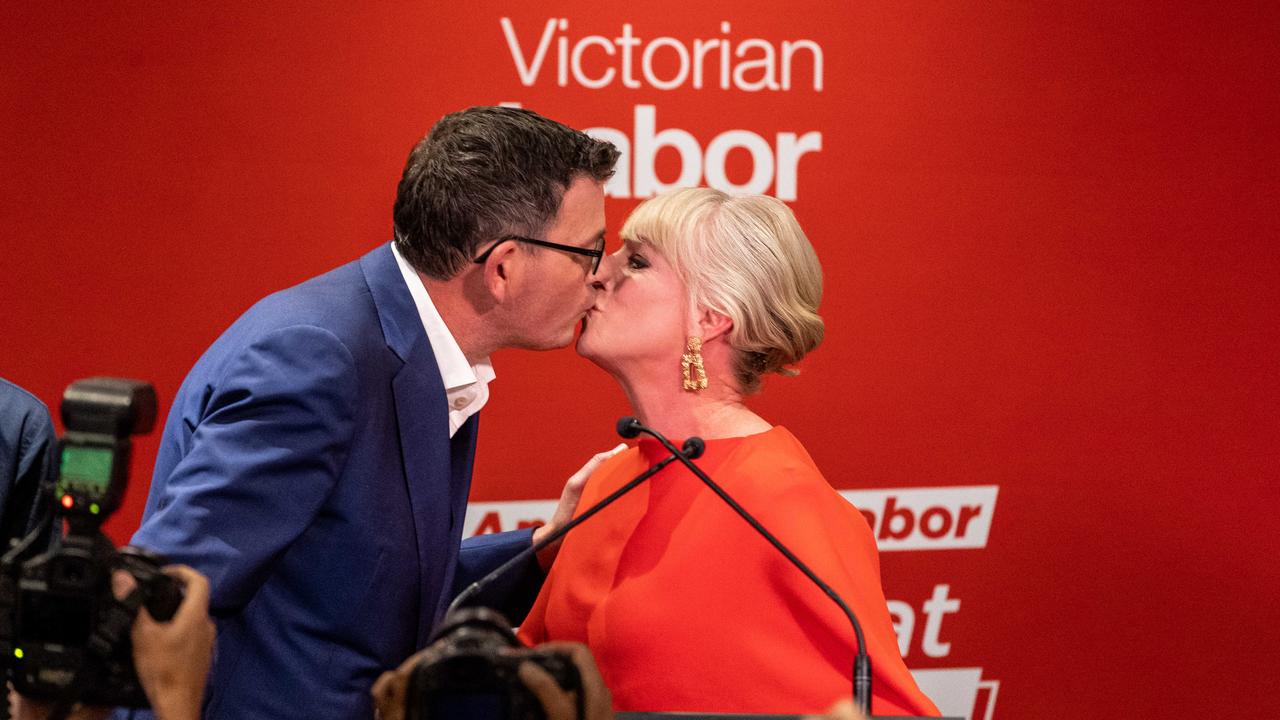 “We will deliver every part of a positive plan to benefit each and every Victorian committee matter how you voted – about how you voted given the better your views and opinions.

“That is what our job is. We take our responsibility seriously. Because Labor does what matters.”

Opposition leader Matthew Guy conceded defeat shortly before 11pm and said he had called Mr Andrews to congratulate him.

“I hope that the Labor Party, who will form the government, will heed that message and will have a change in style, a change in attitude,” Mr Guy said.

“We respect the right of Victorians to choose their government.

“We say to each and every Victorian, the choice is yours and we respect that. We except to, ask you’d expect, to hold the government over the next term to account.