A significant upgrade of the country’s National Situation Room will mean Australia is better prepared for terrorism events and natural disasters.

The all-hazards headquarters, based in Canberra, have been upgraded in response to recommendations from the Royal Commission into National Natural Disaster Arrangements.

Technological improvements mean staff can react “swiftly” to issues which arise and provide critical advice to the government.

Prime Minister Anthony Albanese said the upgrades were key in the face of the ongoing threat of widespread flooding. 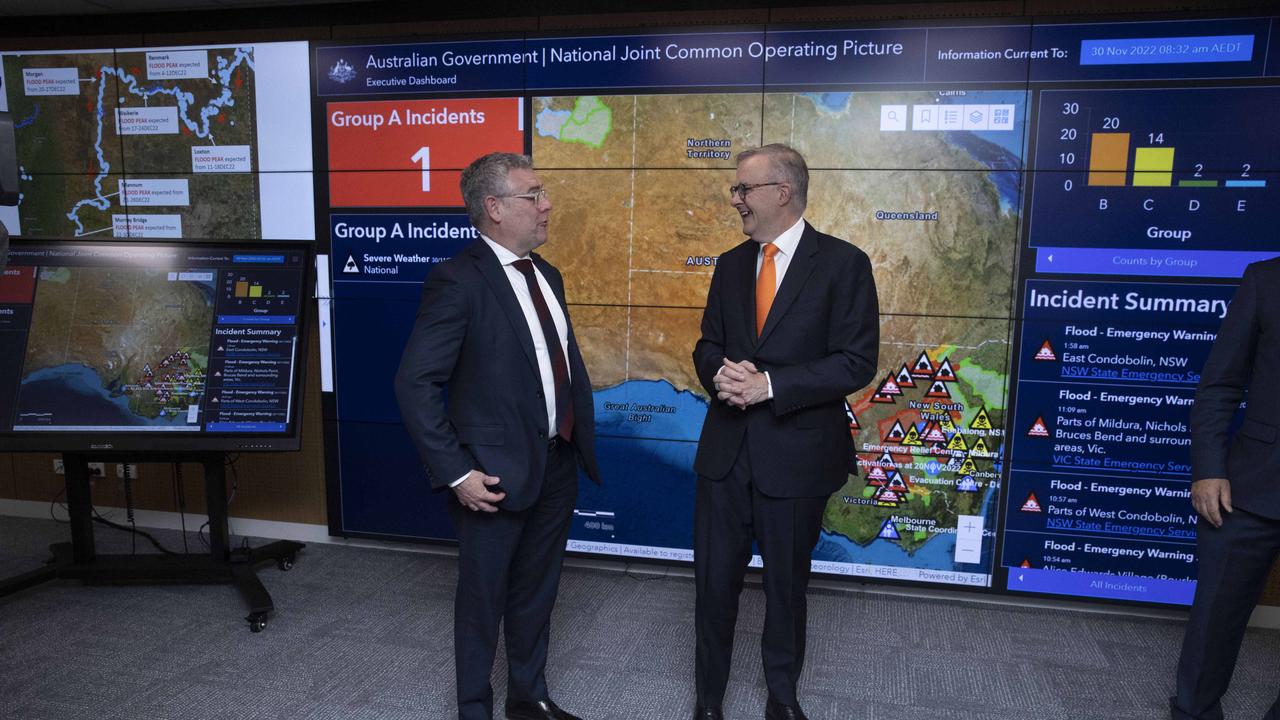 “(This is) people helping people who are going through disasters. It’s also about making sure that governments get better at planning for that,” Mr Albanese said.

“That includes bushfire readiness, because the very heavy rainfall that we’ve received in recent times carries the risk of more regrowth and more fuel for bushfires in the summers ahead.

“This new national situation room will make sure we can co-ordinate the strongest possible response, enhancing collaboration between agencies and maximising co-operation between the different levels of government.” 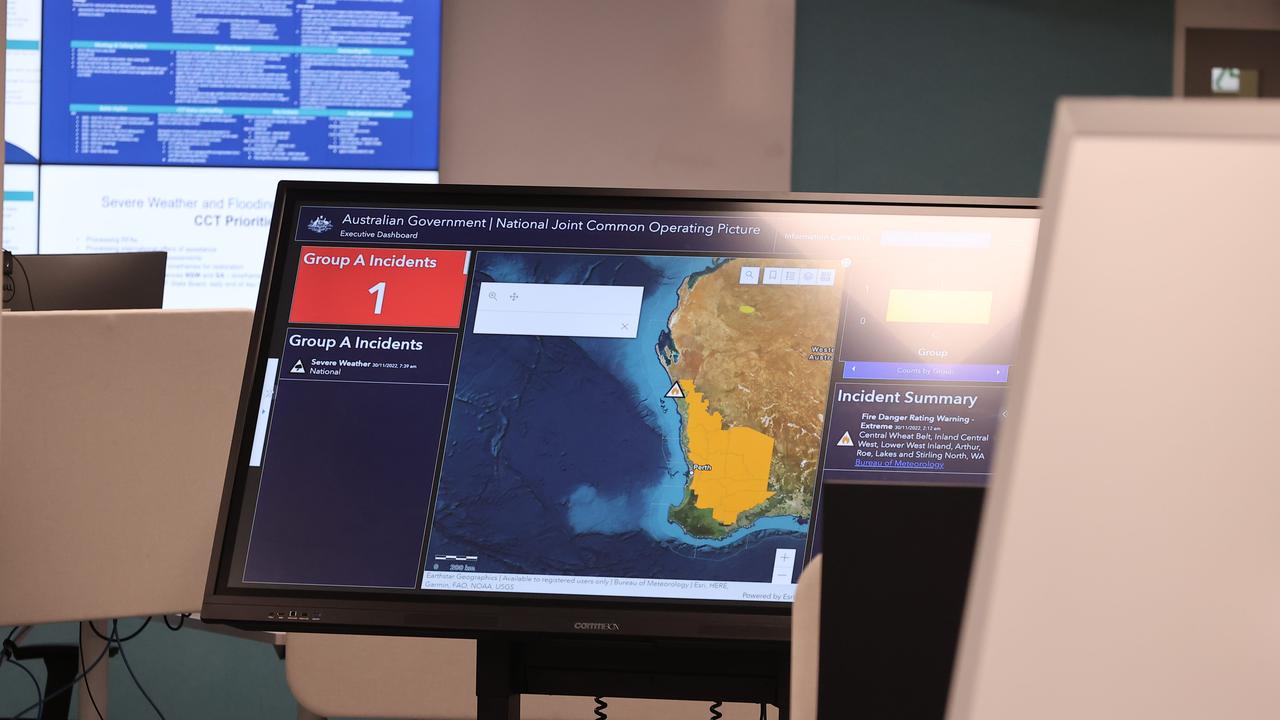 The staff working in the NSR respond to natural disasters, as well as to terrorism incidents. Picture: NCA NewsWire / Gary Ramage

The NSR was paramount to the government’s response to such incidents as the Lindt Cafe siege in 2014, the Tham Luang cave rescue in 2018, the 2019 Christchurch mosque shootings, the Black Summer bushfires, the Afghanistan repatriation and the years-long Covid-19 response.

Home Affairs Minister Clare O’Neil said the NSR was key to the government’s response to terrorism.

“(It) is invaluable in responding to rapidly escalating incidents including counter-terrorism or cyber security threats,” she said.

“By bringing together all the relevant agencies into one room, we can respond quickly to life-threatening crises as they occur.”

Emergency Services Minister Murray Watt said the new facility, and the collaboration it encourages “really enables a much faster and more effective response to these disasters”.