As Aussie music lovers gear up for the much-anticipated Hottest 100, radio station Triple J has hinted that listeners could witness some record breaking moments this weekend.

Triple J has given listeners a few hints about what could be in store when they tune into the radio on Saturday.

In a social media post, the radio station revealed at least two “massive” Hottest 100 records will be broken, along with the fact that five artists will join the “15-songs-or-over” club across all the annual countdowns.

More than half the songs on the list will be from Australian artists and 23 acts will make their debut on the countdown.

This year’s Hottest 100 is also going to be more explicit than the last, 30 per cent more explicit to be exact, with 131 F-bombs to be dropped across the countdown.

Here is everything you need to know before you tune in on Saturday.

Start time and how to listen

While the radio station hasn’t released an official end time, the broadcast usually runs for six or seven hours – so make sure you are prepared with plenty of cold drinks and delicious snacks.

Listeners can tune in via your radio, online, or via the Triple J app.

For those who don’t want to have to wait until Saturday to start listening to some great tunes, a countdown of the Hottest 200 will play from 10am AEDT on Friday.

This will include the songs that just missed out on the top 100.

And the party will still be going on Sunday, with Double J playing the Hottest 100 of 2002.

Who is the favourite to win?

The countdown is still days away but a clear favourite has already emerged for the number one spot.

Australian artist Flume s being tipped to come in as number one with his song Say Nothing (ft. MAY-A), paying $1.80 on SportsBet.

The second favourite is B.O.T.A [Baddest Of Them All] by Eliza Rose & Interplanetary Criminal at $3.25.

Prediction site 100 Warm Tunas has also predicted the top spot is likely to be taken out by either Flume or Gang of Youths’ in the wake of your leave. 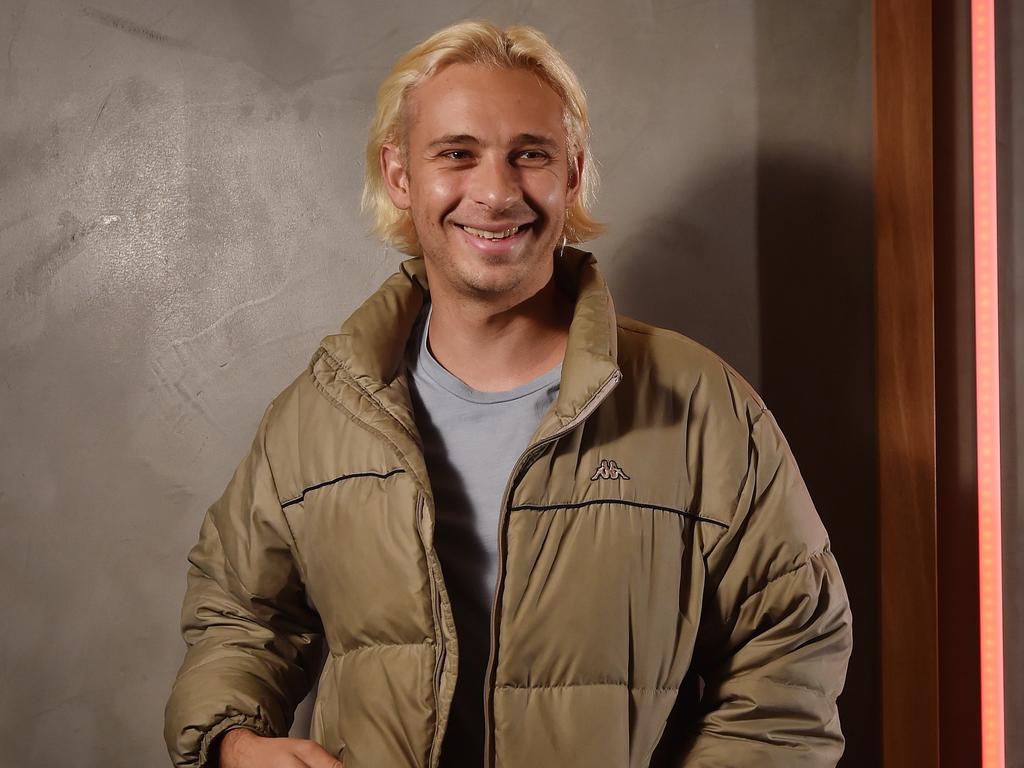 Flume is a favourite for taking out the top spot on the Hottest 100. Picture: Nicki Connolly

Regardless of the outcome of Saturday’s countdown, it will be hard reach a more unexpected result than we saw last year when The Wiggles took out the top spot.

The beloved children’s’ entertainers came in at number one with their cover of Tame Impala’s Elephant, narrowly beating Justin Bieber and The Kid LAROI’s catchy megahit Stay – which was strongly tipped to win in the lead up to the event.

When did the hottest 100 start?

Joy Division’s Love Will Tear Us Apart was the first ever Hottest 100 winner.

According to the ABC, Zion wanted to create a listener poll to determine their 100 favourite songs of all time, inspired by polls run by Rolling Stone magazine.

From 1993, the poll took on the form we now know and love, with listeners voting for their favourite songs of the year.

In 2017, Triple J announced that they would no longer be holding the Hottest 100 on Australia Day, citing the “growing dialogue around Indigenous recognition and perspectives on 26 January”.

The radio station announced the change following an online survey that found 60 per cent were in favour of moving the countdown to a different day.

“You told us how much you love the countdown and most of you are up for a new day,” the announcement said.

“We all agreed that the Hottest 100 shouldn’t be part of a debate about the day it’s on. The only debate should be about the songs.”

Instead, the radio station chose to hold a “Hottest 100 Weekend” every fourth weekend in January, hence why this year’s countdown will be held on January 28.