A KFC customer has revealed her disgust after making a foul discovery in a box of chips she had already half-finished.

The young woman shared photos online of what she found in her meal Sunday evening and claimed it was enough to turn her off eating from the fast food outlet for life.

Several different kinds of insects, one almost the size of a medium chip, were shown fried among the box of salty potato.

A disgusted woman has shared the mortifying experience she had while tucking into her dinner last night.

The largest appeared to be a damsel bug, an insect with bulging eyes, long antennae and tubular-sucking mouthparts. According to Britannica, they typically eat insect eggs, aphids and small caterpillars.

Another seemed to be a small grasshopper, while a third was too far gone to identify.

“​​I love my KFC chips with a side of … whatever the f*** this thing is,” the woman wrote to Facebook.

After complaining to the KFC store she said she was offered a $20 discount, but she was far from satisfied given she had of plans of ever going back.

The woman reported the matter to the Queensland Department of Health as well as the KFC online portal. 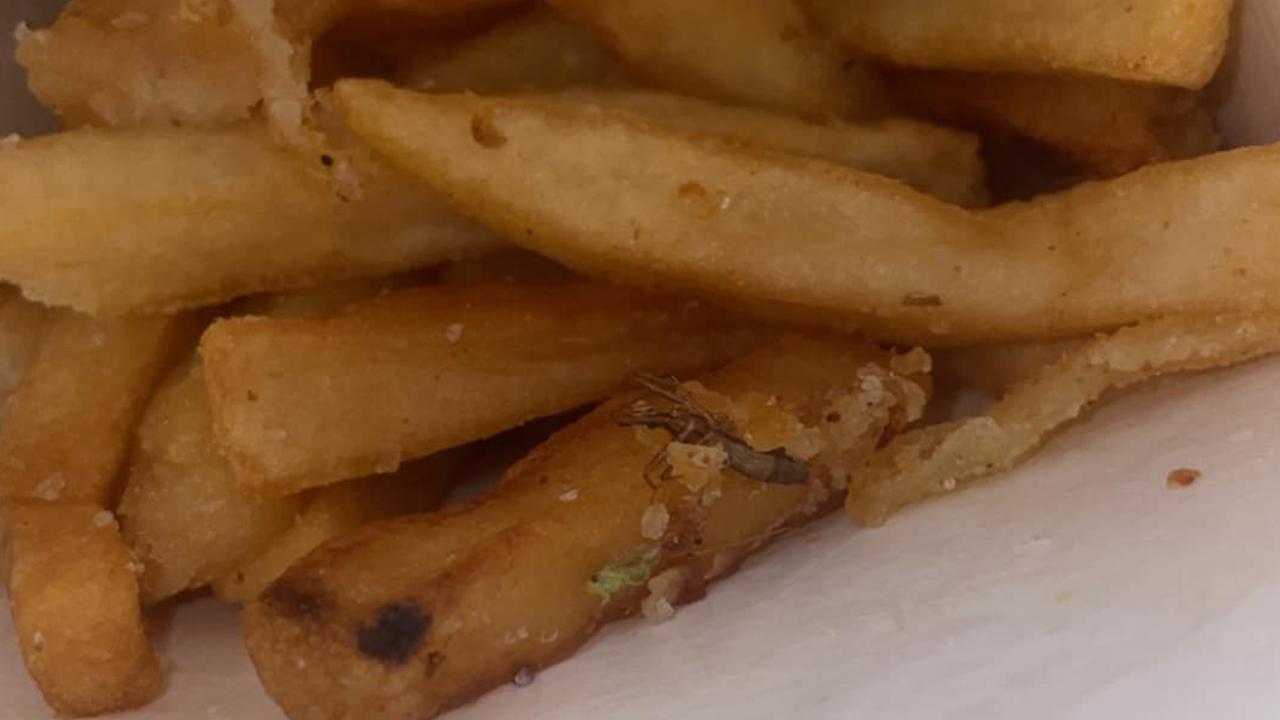 More than 300 people responded to her vile find, many encouraging her to persevere with her complaint.

Others made suggestions she may have inadvertently eaten insects earlier in the box without knowing it.

“The fact that you’ve eaten half the box means there’s a fair chance you’ve eaten other bugs,” someone wrote in a comment.

“I would have been crying and throwing up,” someone else said.

“I wonder if they got in there when the chips were initially being produced or at the store,” a third said.