Horrific footage has emerged of a Perth taxi driver being allegedly bashed on the road after he was dragged out of his car.

A video shared on WA Incident Alerts shows the driver in an orange high-vis vest allegedly throwing punches at another man who was hauled onto a busy road. After the altercation, the man in the orange shirt can be seen returning to his white ute, leaving the other driver on the ground. As it stands, it’s unclear what occurred before the fight.

Towards the end of the 24-second video, the driver gradually picks himself up and returns to his car. 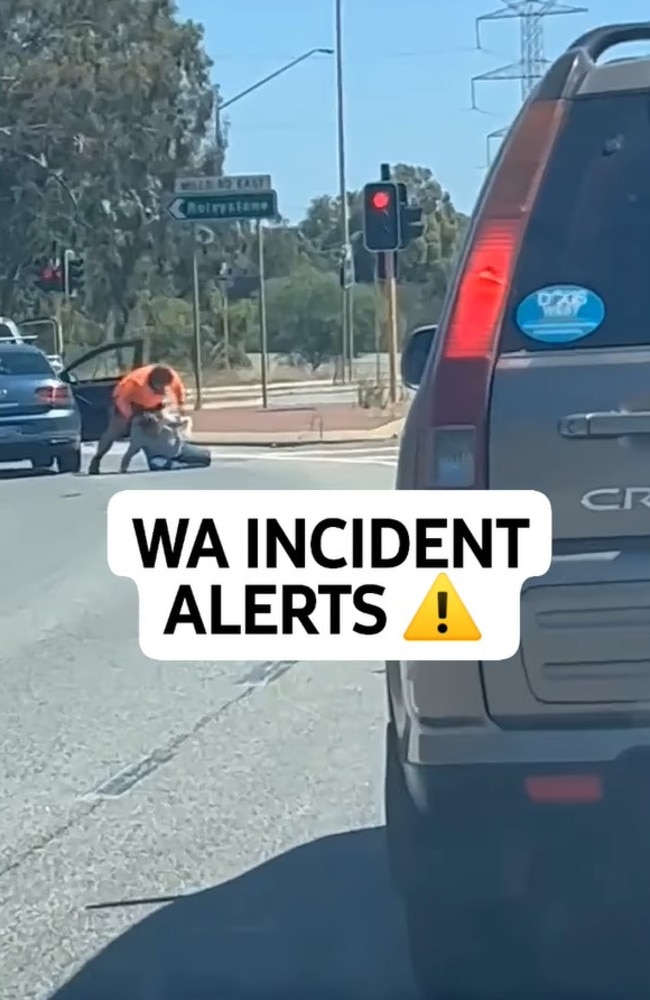 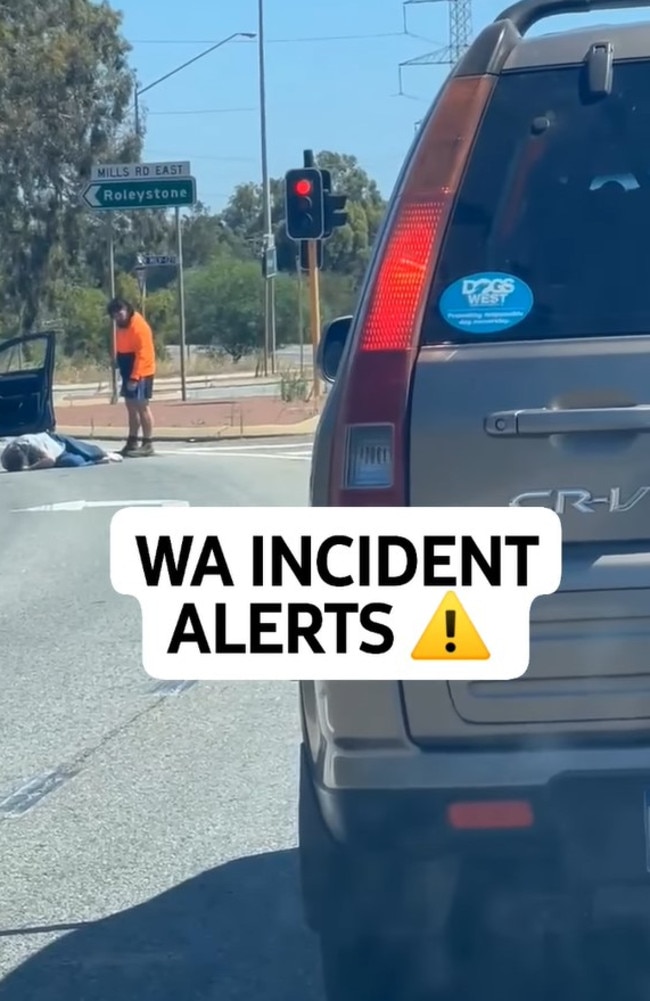 The driver was left on the road, with the man in the fluoro shirt driving off. Picture: WA Incident Alerts.

The alleged fight happened at around 2.30pm on Tuesday afternoon on the corner of Tonkin Hwy and Mills Road West, in the suburb of Martin, roughly 24km from Perth.

The footage was shared on social media by WA Incident Alerts, with the page reporting that onlookers offered assistance to the taxi driver, while the other driver allegedly fled the scene.

When contacted, WA Police said officers were investigating the incident and have been in contact with the taxi driver. 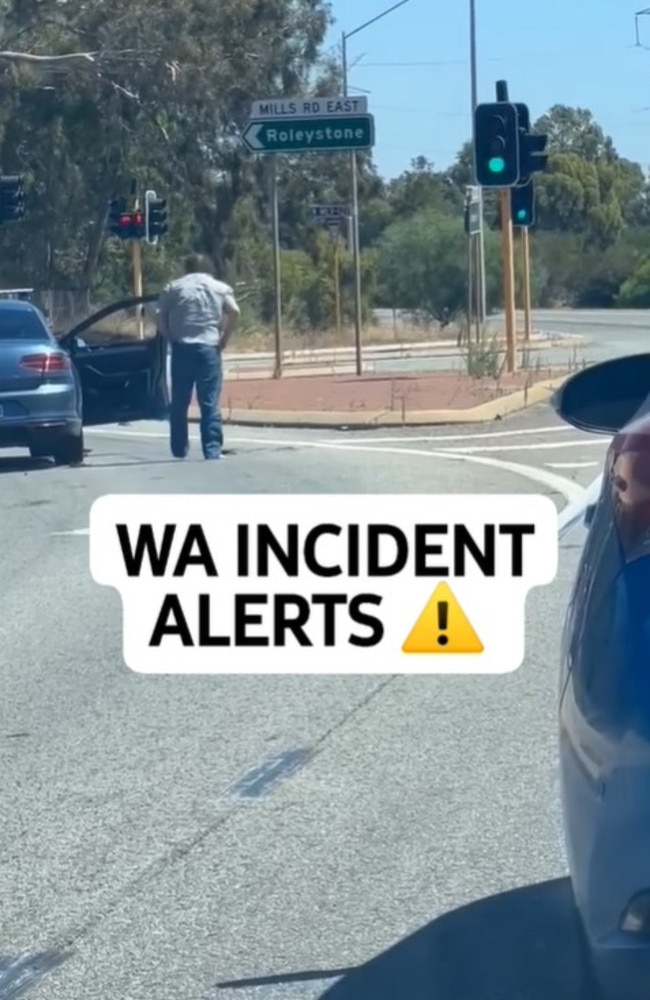 The taxi driver gradually got back on his feet. Picture: WA Incident Alerts.

In comments connected to the social media post, shocked viewers shared their disgust at the alleged fight.

“I hope someone got the number plate, that’s terrible,” one viewer wrote.

“What an absolute stain on society, no matter what people do or not do, (it) does not give you the right to lay into someone. I hope he gets charged; there is so much unnecessary violence nowadays. People need to get grow up,” another comment read.