There is a common thread uniting these women. They were Queenslanders. All of them were beautiful and strong-minded, loved by their families but especially by their children. They all held dreams and aspirations for a brighter future.

But their names are recognisable for a far more sinister reason – they were all murdered at the hands of their violent partners, who each used a horrifying weapon to carry out the ultimate act that would rob the world of their presence: fire.

Ms Clarke and Ms Langham will never see justice lived out but Ms Parkes’ killer James Morton Mason was in December sentenced to life in jail for killing the beloved grandmother in February 2020.

Mason ignited Ms Parkes’ car, with the fire subsequently spreading to her Chermside house and consuming it, along with her. Chillingly, it was just weeks before Ms Clarke and her children – Aaliyah, 6, Laianah, 4, and Trey, 3 – were doused in petrol and set alight by Rowan Baxter, her former husband.

A year later, Doreen Langham’s body would be found in the smouldering ruins of her Browns Plains house alongside the body of Gary Hely, her violent ex-partner. Hely had doused Ms Langham and the house in petrol before igniting, killing them both. 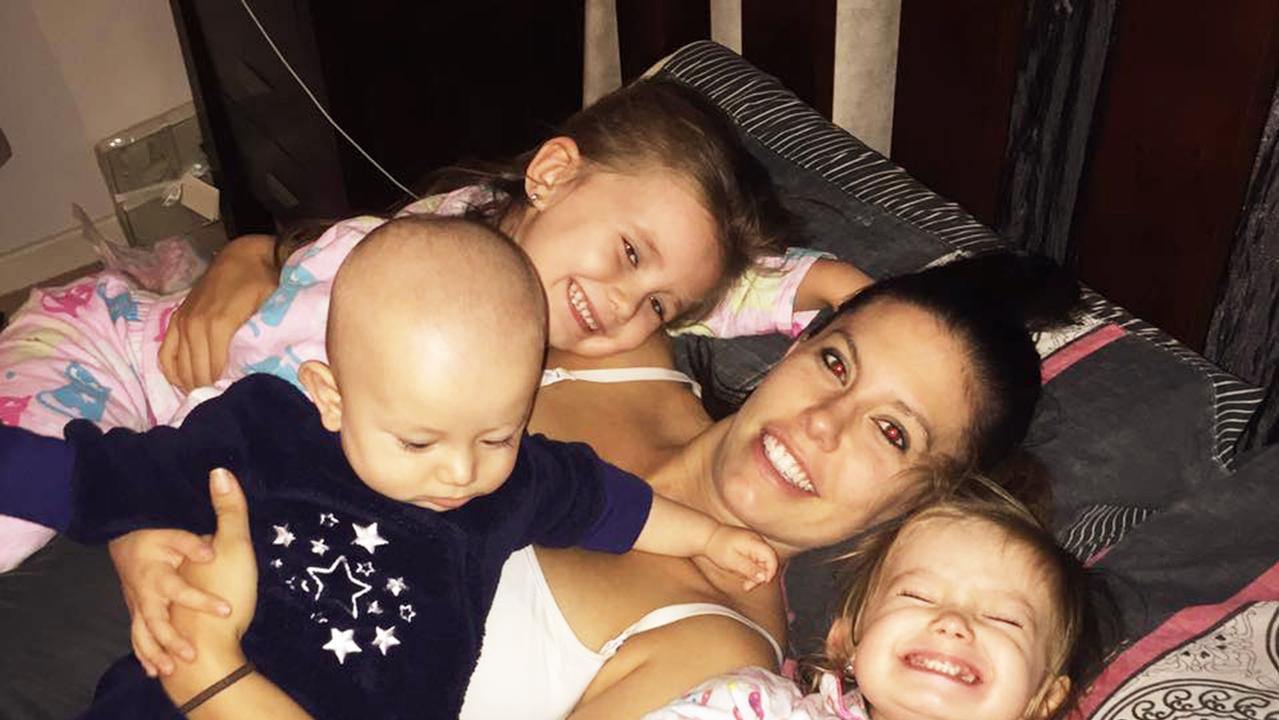 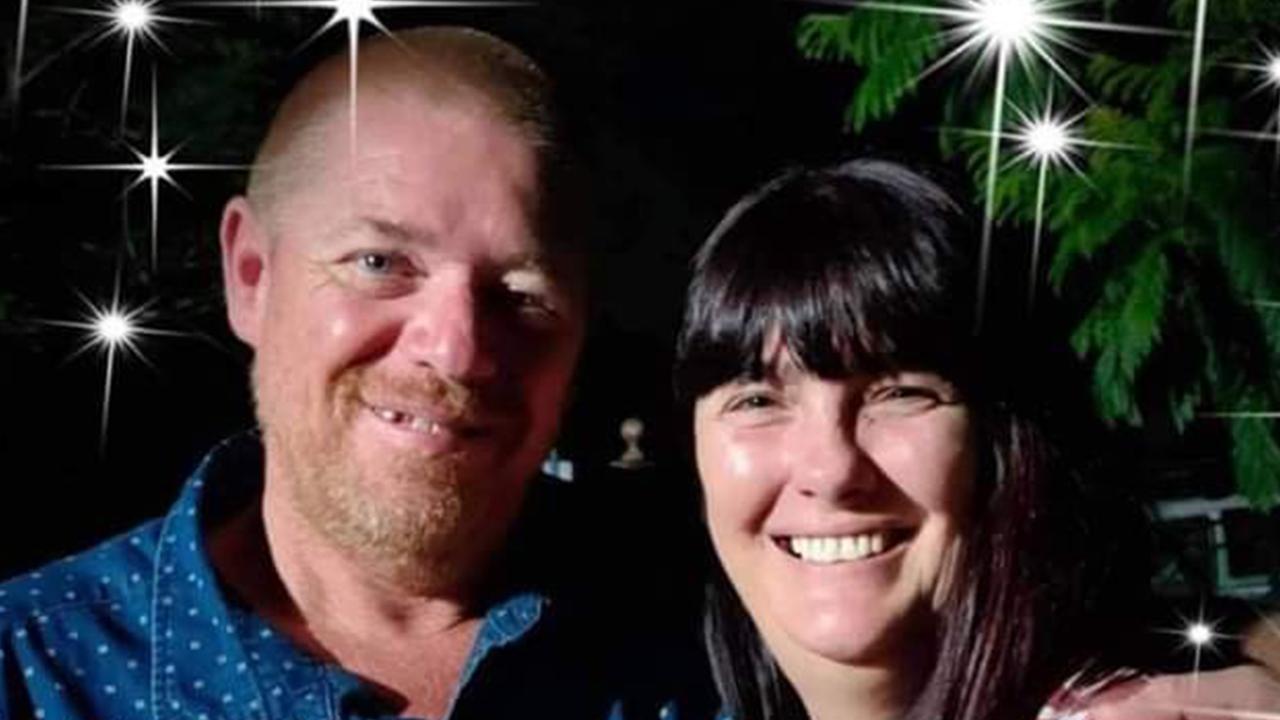 Doreen Langham (right) with her ex-partner Gary Hely. The pair’s bodies were found in her Browns Plains home after Mr Hely set it on fire.

In April 2021 another woman, Kelly Wilkinson, was allegedly set on fire by her estranged husband Brian Earl Johnston.

Mr Johnston and another man, Bradley Bell, are both charged with Ms Wilkinson’s murder. Their matters remain before the courts.

The use of fire by abusive current or ex-partners is not a new phenomenon, but the deaths of Ms Clarke, Ms Langham and Ms Parkes have shone a light on a worrying trend in the fight against domestic and family violence (DFV) in Australia.

Professor Heather Douglas is an expert in the field of legal responses to DFV in Australia, having comprehensively researched women’s engagement with the legal system while she was a fellow with the Australian Research Council from 2015-19.

She has also co-ordinated the National Domestic and Family Violence Bench Book – a leading resource for judicial and legal officers who are considering issues relevant to DFV. 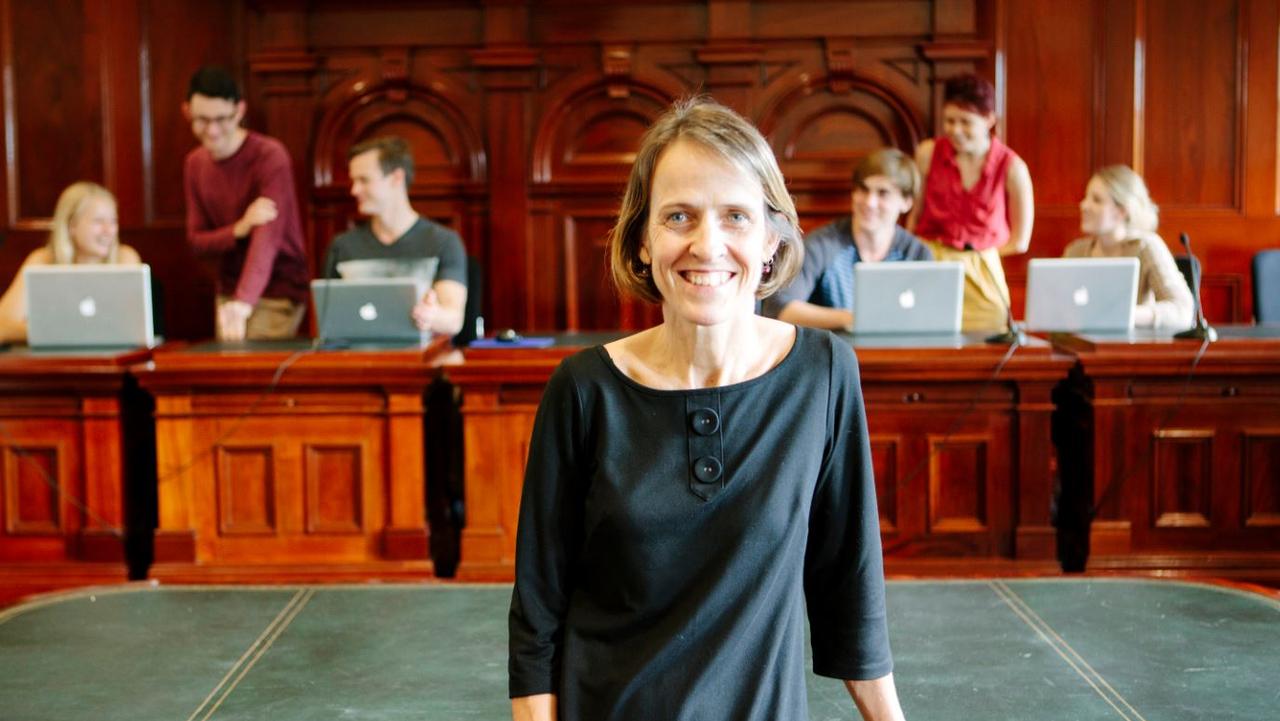 Professor Heather Douglas, an expert on domestic violence who teaches at Melbourne Law School, has written extensively about the use of fire in relationships marked by DFV to exert control. Picture: UQ

Speaking to NCA NewsWire, Professor Douglas, from the Melbourne Law School, says burn-related violence has been reported across the globe for centuries.

“South Asian countries like India, the use of fire and burning has long been identified as a form of family violence,” she said.

“In India, a very high proportion of deaths from fire are acknowledged as likely to be associated with family violence. Kerosene burning is considered a unique form of family violence there.”

Professor Douglas said it was difficult to determine whether such attacks were increasing in Australia, as statistics about them were “virtually non-existent”, but a connection is now being “more openly made in the media” to pay attention to cases like Ms Clarke.

In her latest paper, The use of fire and threats to burn in the context of domestic and family violence and coercive control, Professor Douglas explains fire can be harnessed by partners in their efforts to maintain and regain control in abusive relationships – and that the abuse is more easily “hidden as an accident”.

Reviewing 49 reported legal cases where offenders had been jailed for such an act, her research paper found fire could be used in relationships marked by DFV to “exert control”. 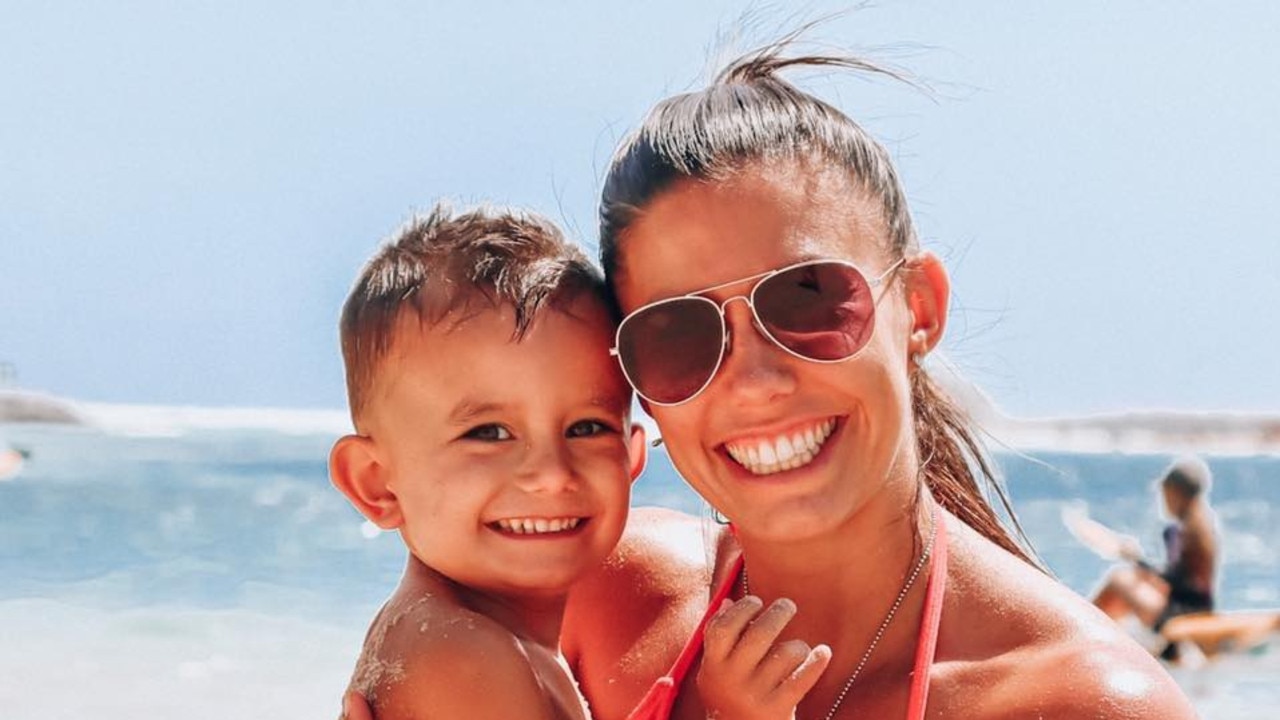 Hannah Clarke (pictured with son Trey) had detailed her ex-husband’s coercive control and abuse to police prior to her death. Photo: Facebook 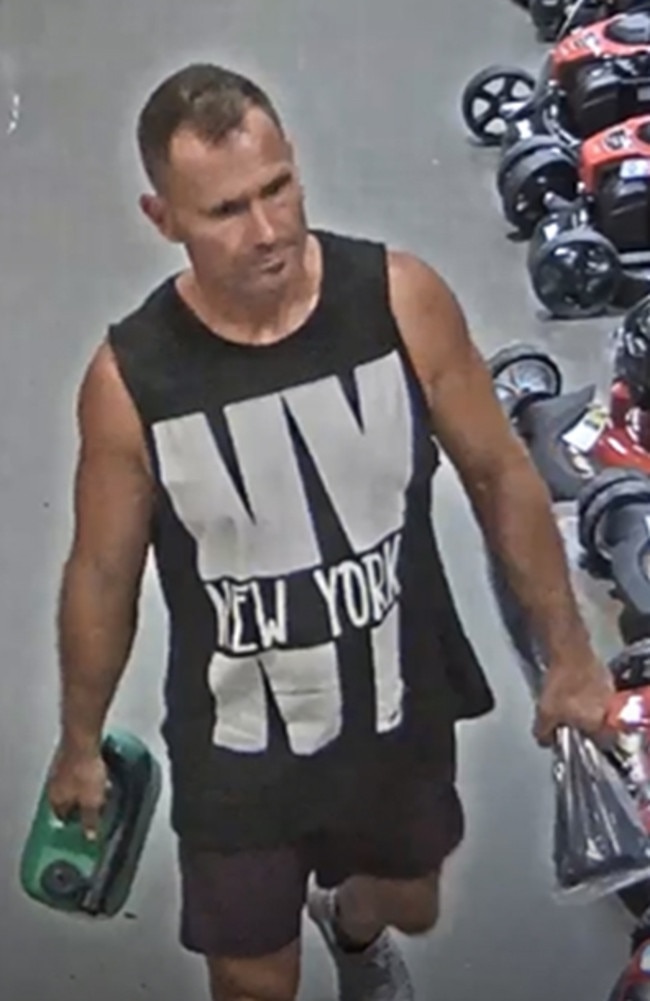 Rowan Baxter was captured on CCTV buying fuel cans and zip ties at Bunnings Warehouse a day before killing Ms Clarke and the children.

“Fire and the threat of its use is potentially a very dangerous and effective form of control in an abusive relationship, and an effective way to demonstrate continued control through destruction of the person’s wellbeing for leaving it,” she said in the paper.

“Fire is difficult to control, and its users might see themselves as somehow less responsible for its outcomes.

“Linked to this point is the fact that the use of fire as a form of DFV is potentially explained away and hidden as an accident in hospital records and emergency service call outs and thus, its connections with DFV may be more easily obscured than other forms of DFV.”

One of the recommendations involved fire services playing an “enhanced” role in the response to and prevention of DFV – looking to England as an example.

“English fire services also provide enhanced home fire safety checks for those who are identified to be at risk.”

In the case of Ms Clarke and Ms Langham, separate coronial inquests identified troubling patterns of “coercive control” exhibited by their former partners in the lead-up to the deaths.

Distinct from other kinds of domestic violence, coercive control is defined by White Ribbon Australia as a pattern of abuse that “erodes a person’s autonomy and ability to flourish”, thereby shifting the balance of power in a relationship.

Professor Douglas said one of the major problems with responding to coercive control was that police, service providers and even friends and families of victims looked at only one incident rather than the “range of behaviours” exhibited by perpetrators.

“Most incidents appear innocuous until they are seen in the context of the range of behaviours that the abused person is experiencing. For example a person might state their preference to wear particular clothing on an occasion,” she explained. 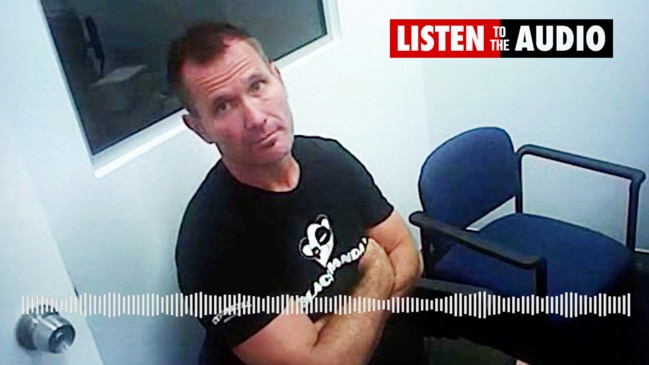 In Ms Clarke’s case, Baxter not only criticised what she wore but obsessively checker her phone, tried to isolate her from family and friends, demanded sex every night and attempted to gaslight her when she eventually left him.

“Generally, that may be considered at worst inappropriate, but when that behaviour is seen in the context of multiple instances, it can be understood as part of a pattern,” Professor Douglas said.

Professor Douglas even gave evidence at Ms Clarke’s coronial inquest in February, expressing the view that her outcome may have been different if police were aware of the risk factors and explained this to the young mum, along with encouraging her to press charges against Baxter.

Professor Douglas told NCA NewsWire that it was “questionable” whether criminal law responses truly kept women safe from violence in the longer term.

“In many cases even where people are charged with offences they will obtain bail or will not receive a sentence of imprisonment,” Professor Douglas said. 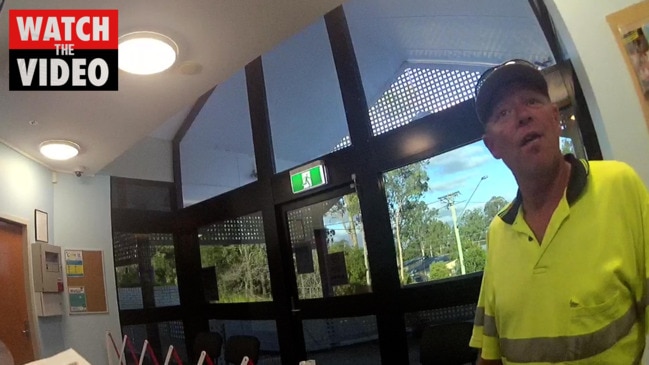 “Even if perpetrators are remanded or imprisoned they will eventually be released and will often be angrier, more social excluded – they may find it more difficult to find employment – and more dangerous.

Professor Douglas also said many women did not want to have their partner charged with criminal offences.

“This might be for a range of reasons, including loss of financial support from their partner, loss of support of their partner’s family or not wanting to have their children stigmatised for having a father in jail,” she said.

“Many people see a crime of coercive control as a solution – it might help in some cases but not in most.”

In June, former deputy state coroner Jane Bentley delivered scathing findings on the conduct of Queensland Police in their failure to protect Ms Langham from her estranged ex-partner.

Professor Douglas’ assessment on that inquest – coupled with Ms Clarke’s – is just as searing. 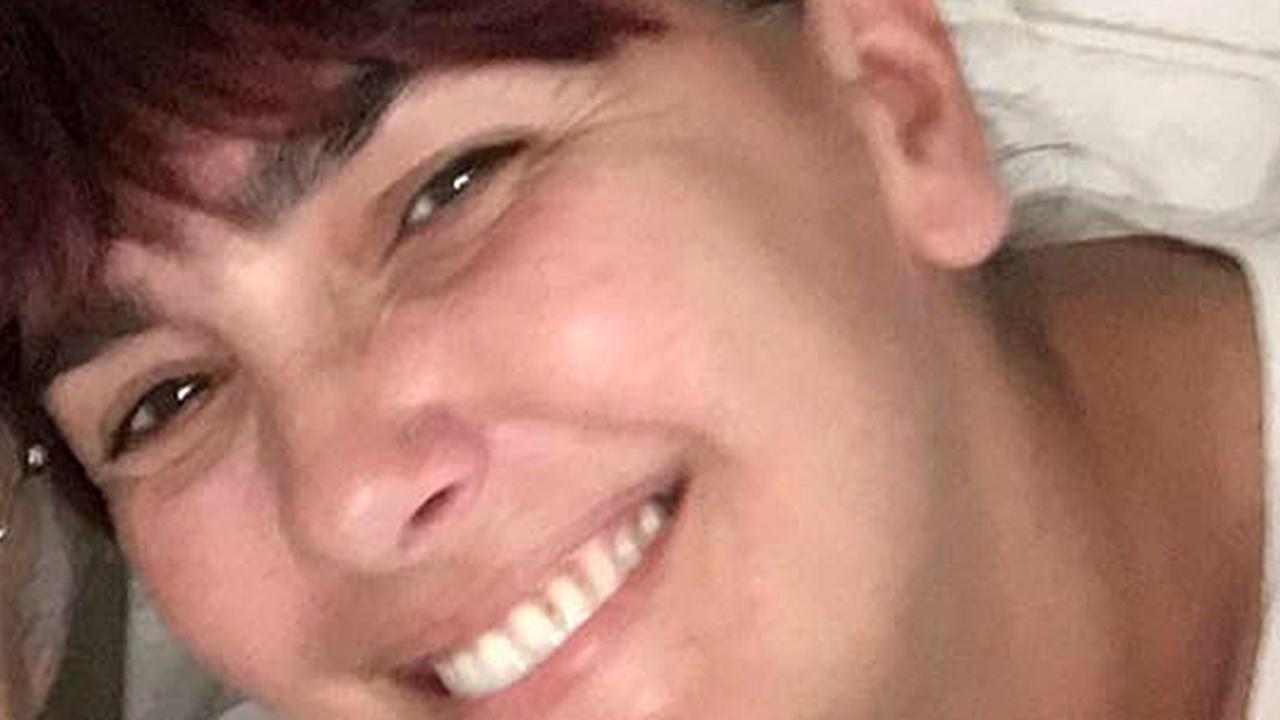 Professor Douglas said more could have been done by police to assist Ms Langham (pictured) before her death, with a coroner delivering scathing findings on how officers failed to protect her.

“One thing the inquests showed, particularly Ms Langham’s, was the lack of follow-up domestic violence training for police officers more senior in the job, the police officers’ apparent lack of knowledge of risk factors, the failure to look at interstate police records and their refusal to provide appropriate assistance,” she said.

Police involved in Ms Langham’s plight did not even support her to get a protection order from Hely – something Professor Douglas said could have “sent a message” to the violent ex. 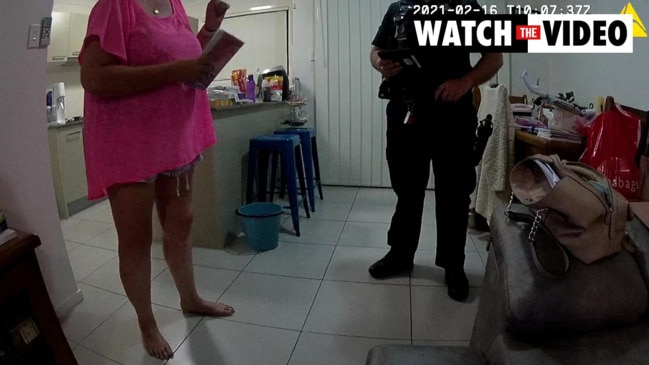 “If Queensland Police had got his (Hely’s) NSW records, the risks to Langham would have been underlined further and better support could have been provided to her,” Professor Douglas said.

The QPS itself has been under heavy scrutiny for its response to DFV.

A recent commission of inquiry identified cultural issues within the force were inhibiting the policing of DFV, along with a general lack of understanding of such relationships, under-resourcing and confusion on the front lines of policing.

It has been recommended that over the next 12 months, the QPS review its recruitment strategy to ensure it values applicants who have an interest in policing DFV, along with attracting people from diverse backgrounds and experiences, among other important measures. 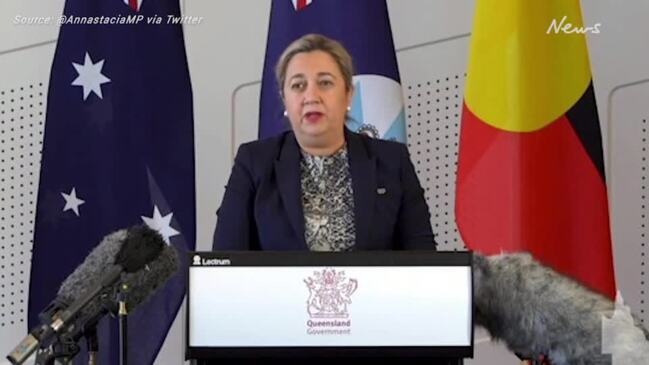 “Cultural change is very hard to achieve. I think 12 months is very optimistic but it will be a start,” Professor Douglas said.

Asked if she thought the Sunshine State was hitting a turning point to addressing DFV, she told NCA NewsWire that more work needed to be done to achieve better, more creative solutions.

“Thousands of people in Queensland are charged with family violence offences every year … yet the domestic violence perpetration statistics seem to get worse,” she said.

“I hope the inquiry represents an opportunity to take training of family violence seriously across all levels of the police service and provided to police regularly, at least annually not occasionally.

“We need to take care too of the work culture of the police service to ensure it is not sexist or discriminatory – we would need to recruit less police if the police culture was less toxic, as we would be able to hang on to police for longer, as the workplace would be a more supportive environment.

“We need to keep remembering that criminal law doesn’t seem to be that helpful in stopping violence.”