A Hollywood star is swapping her red carpet style for an apron in support of McHappy Day.

Eva Mendes headed down to McDonald’s at Haberfield in Sydney’s inner west on Saturday to help raise much needed funds for McHappy Day.

Ms Mendes, who has had a string of movie rolls including Hitch and Ghost Rider, said she was thrilled to be supporting the charity, even opting to help flip burgers if needed. 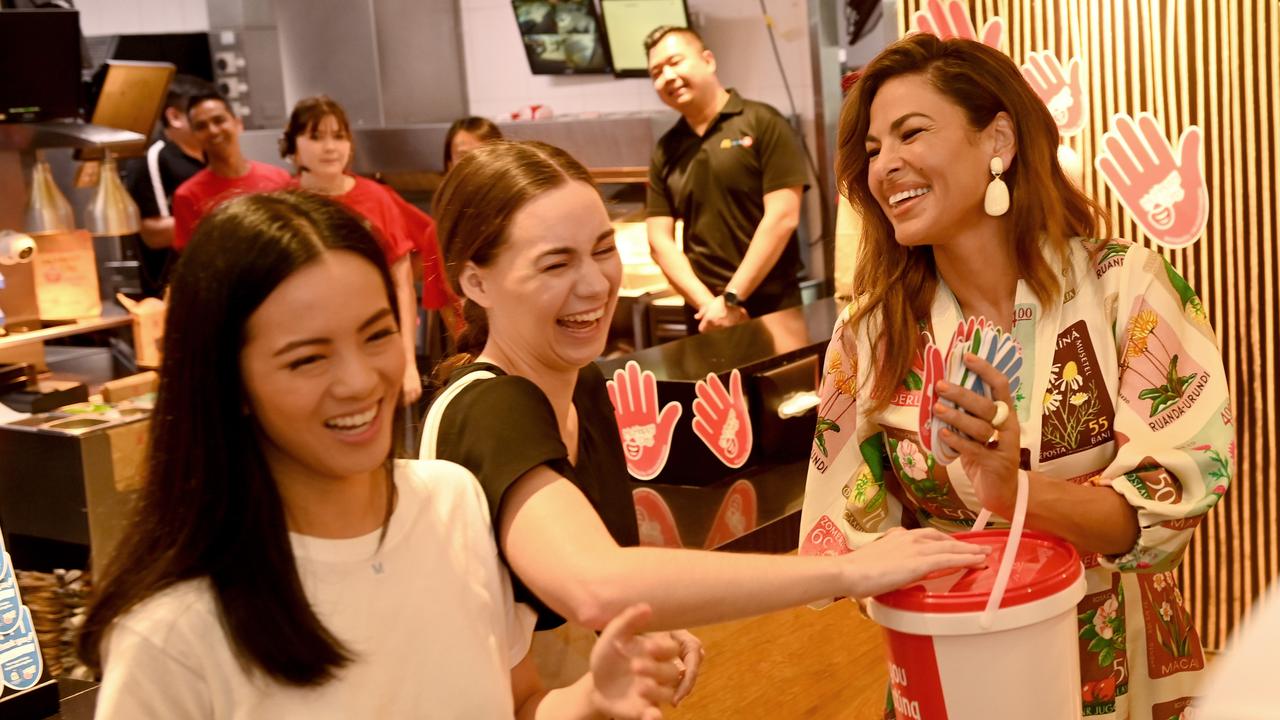 “It is so fun here, the moment I got into Maccas this morning it’s McHappy Day, balloons flying everywhere, these babies attacked me with love,” the actress said.

“I felt instantly at home and I’m just having the best time here connecting with the families.”

Mendes said there were many people in the store “coming together” to celebrate families for the good cause.

“It was so important for me to actually be on the ground, yesterday I was at the Ronald McDonald House at Westmead.”

The actress said she was honoured to be there in person and urged others to put their money into the charity. 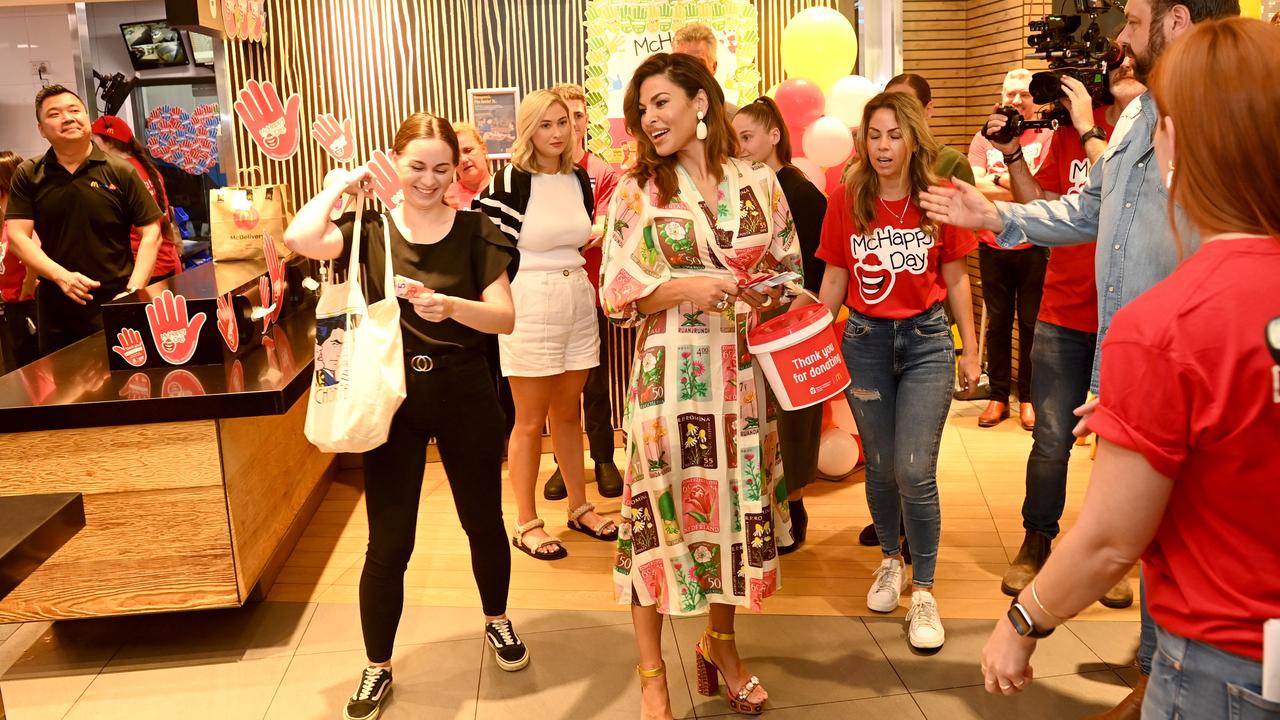 “What are you having for dinner tonight? Make it a Big Mac and let it go to charity, you can also get silly socks at your local store,” Mendes said.

“This organisation saves lives, it helps families during the most hellish times in their lives and I know personally that it does and I’m here to say thank you and to keep the donations coming in.”

McHappy Day is an annual fundraiser for Ronald McDonald House Charities, which provide supports for the families of children receiving medical care in hospital.

The charity also offers accommodation options for families to have a home away from home after travelling long distances to get the needed medical care for their sick child. 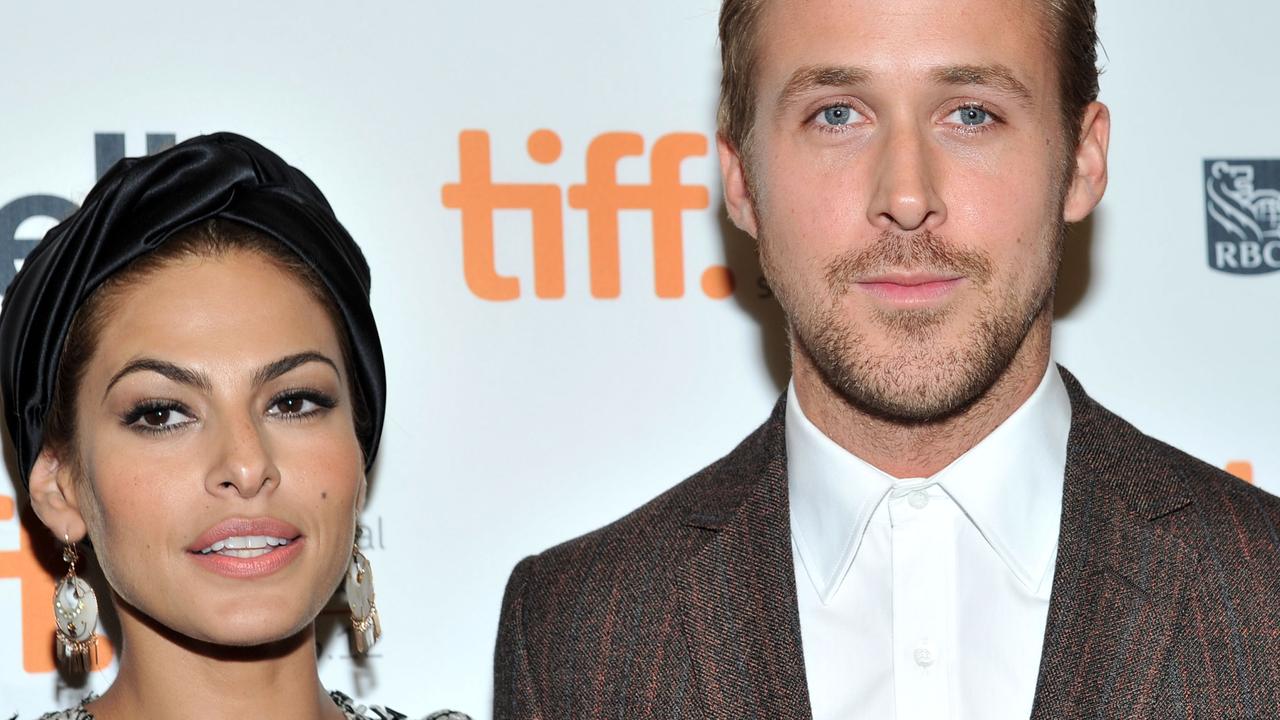 Actors Eva Mendes and Ryan Gosling are living in Sydney while filming for the The Fall Guy gets underway. Picture: Sonia Recchia/Getty Images

Mendes was ambassador two years ago, when, due to Covid lockdowns and border closures, she had to carry out her duties online.

The 48-year-old said she decided to support the charity after seeing her cousin in the US use the Ronald McDonald House Charities when her now-eight-year-old was a baby undergoing treatment for cancer.

Mendes is currently in Australia alongside actor husband Ryan Gosling while he is filming The Fall Guy.

“We travelled together as a unit this entire time because I really feel like, especially when the children are little, it is important to keep the family together,” she said.