An Adelaide woman has been hailed as a hero after confronting four teenagers allegedly in the middle of stealing trolleys full of alcohol from a local liquor store.

Police attended a BWS supermarket at Waterloo Corner Road in Burton just before 2pm on Saturday following reports of a theft.

“The four thieves loaded up shopping trolleys with alcohol and made off without payment,” a police spokesman said.

Customers looked on in disbelief as the masked figures walked out of the store without paying and made their escape. 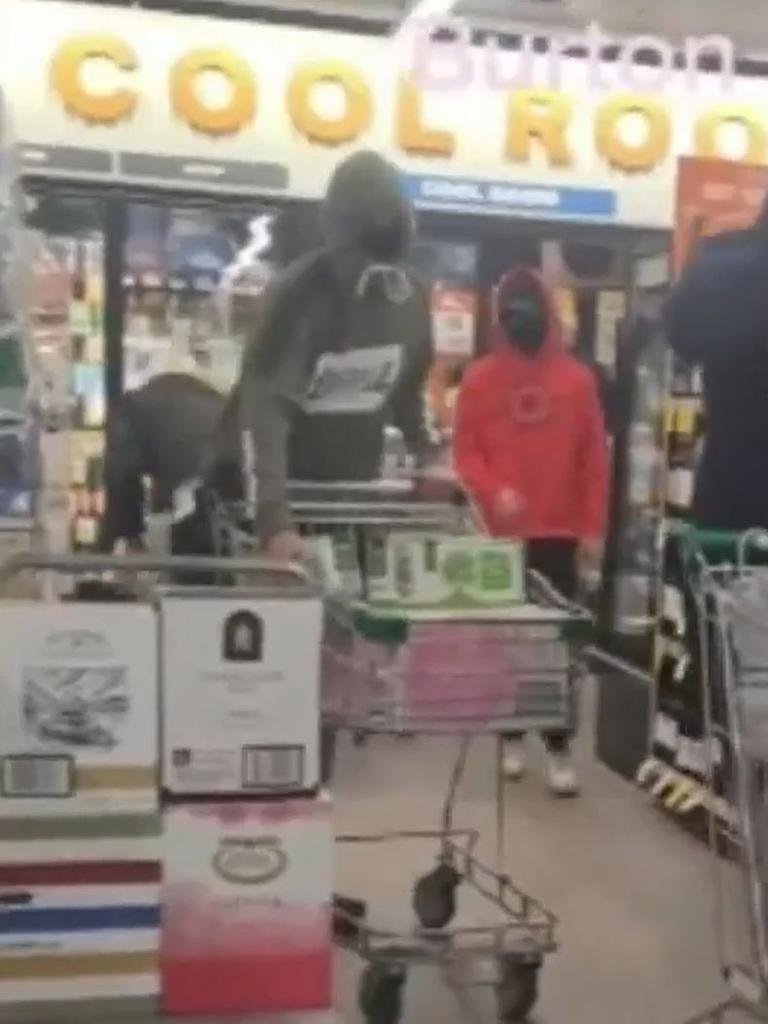 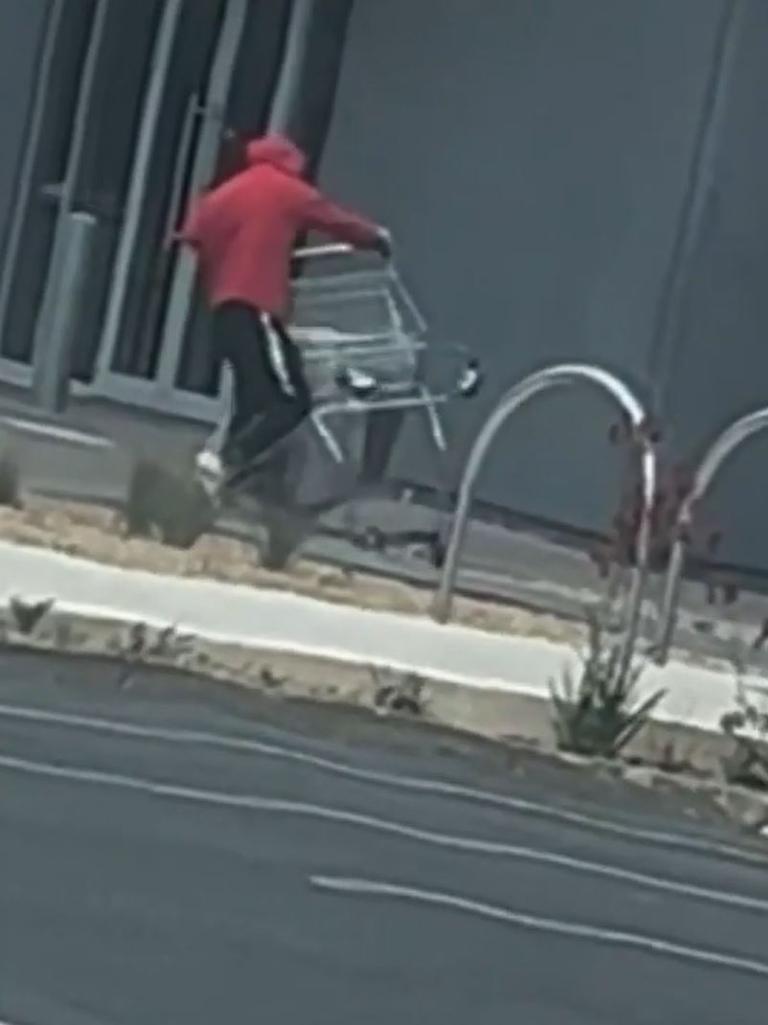 Cindy, 56, had been in the carpark with her partner when she spotted the group running from the store.

“I thought ‘this person isn’t going to get away’, and me a five-foot-tall woman with arthritis is going to try and wrestle these young boys,” she told 9News.

The grandmother said she faced off with one of the alleged thieves, holding onto the shopping trolley and pleading with him to stop.

“I just said ‘why are you doing this? but he didn’t answer because he was just about 14 I reckon,” she said.

As she faced off with the teen, her partner jumped into his car and rammed into one of the trolleys with his car.

“I just needed one more man to help me get the trolley and we would have been able to do a citizen’s arrest,” Cindy said.

“If the community doesn‘t work together, they are just going to run the place.”

She said all four teens managed to escape and she walked away with just a large green bruise on her right arm.

Investigations into the theft are continuing.

Anyone who recognises anyone in the vision or has any information that may help to identify any of the suspects is asked to contact Crime Stoppers on 1800 333 000 or online at www.crimestopperssa.com.au