Hero pilot Michael James, who has been praised for saving the lives of his five passengers, has been released from hospital after being interviewed by police.

The Courier Mail reports the 52-year-old Sea World Helicopters aviator was released from Hospital on Thursday, where police had recently interviewed him.

Mr James was the pilot of one of two helicopters involved in a mid-air collision on Monday on the Gold Coast. 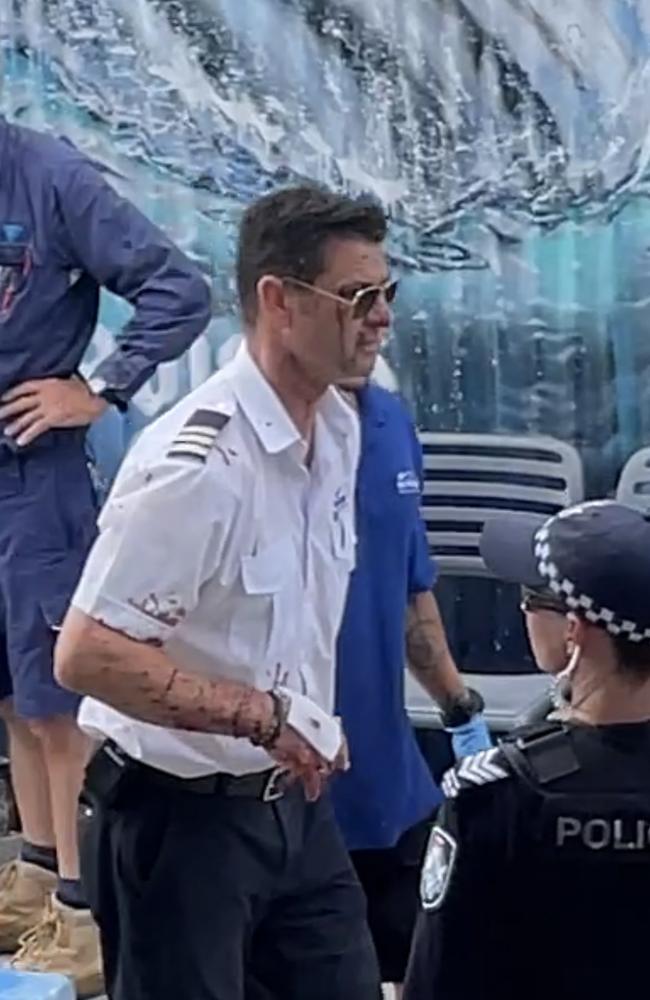 He was able to safely land his severely damaged helicopter on a Southport Broadwater sand spit, saving the lives of four New Zealand holiday-makers and a West Australian woman on board.

The second chopper in the collision plummeted to the ground after the impact, killing four of seven on-board, including the pilot. 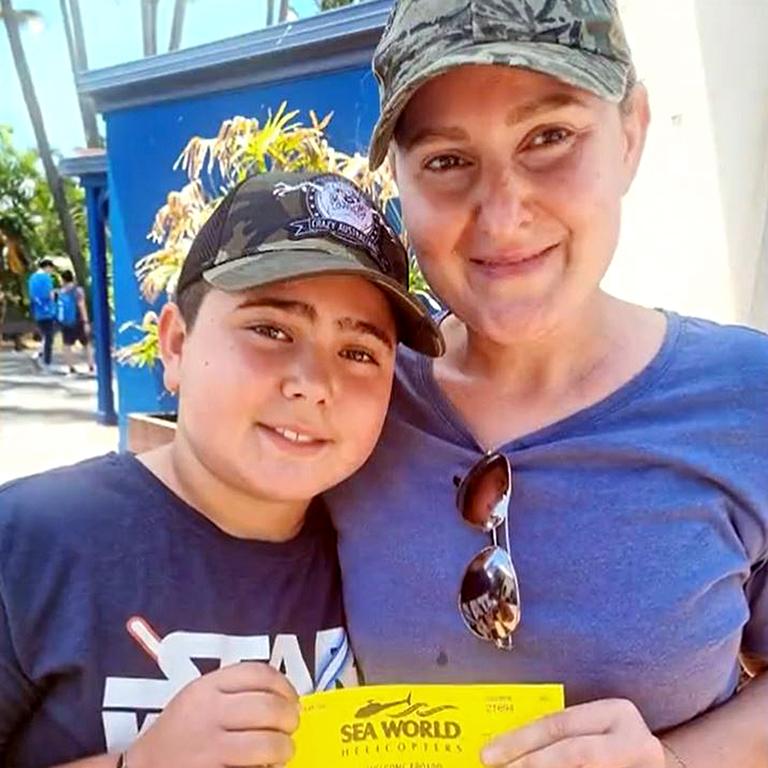 Nicholas and Vanessa Tadros before they boarded the Sea World Helicopter.

“It’s still very touch and go – every 24 hours is a big step for him,” his father Simon Tadros, who witnessed the collision, told the Courier Mail.

“He’s still on life support and on the ventilator and will be for a while.

“I have amazing support by my side, though you can only imagine the nightmare we are living. I’m not in a good headspace at all.”

Leon was also put into a coma due to his injuries but has since recovered enough to breathe on his own, and give a “big thumbs up”, according to a family friend. 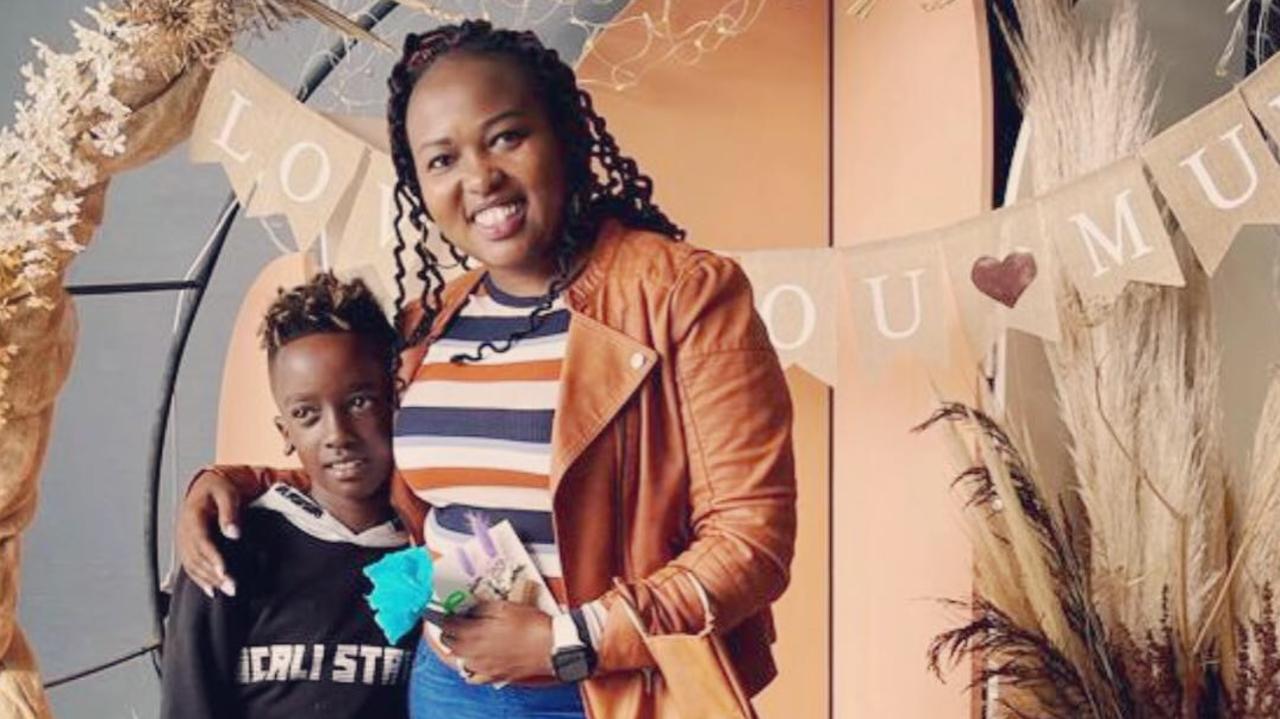 A statement from the four New Zealanders on board the chopper, which was able to land, praised Mr James’ heroics.

Auckland couples Elmarie and Riaan Steenberg and Edward and Marle Swart were holidaying on the Gold Coast at the time. 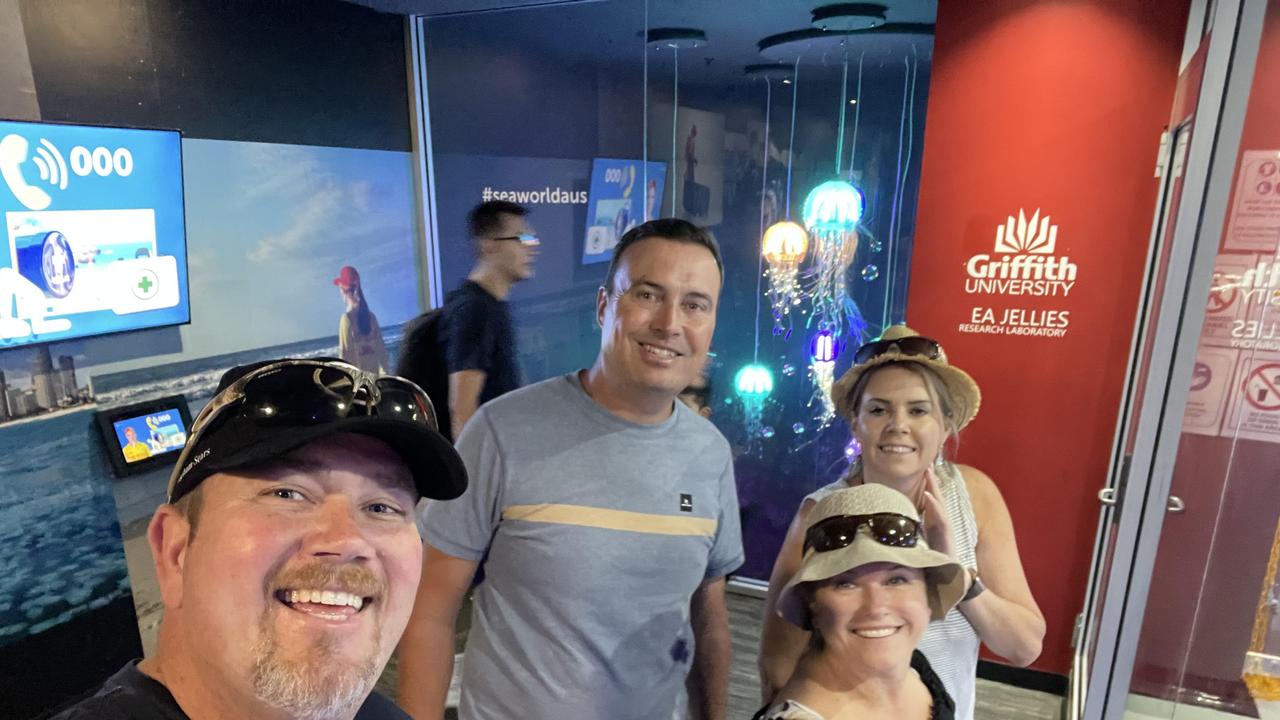 “To our pilot, who, through all the chaos, landed the helicopter safely, keeping us and other bystanders safe. You are our hero. Thank you so very much,” they said in a joint statement.

The Sea World theme park has distanced itself from the incident stating the choppers involved belong to a “professional independent operator”. 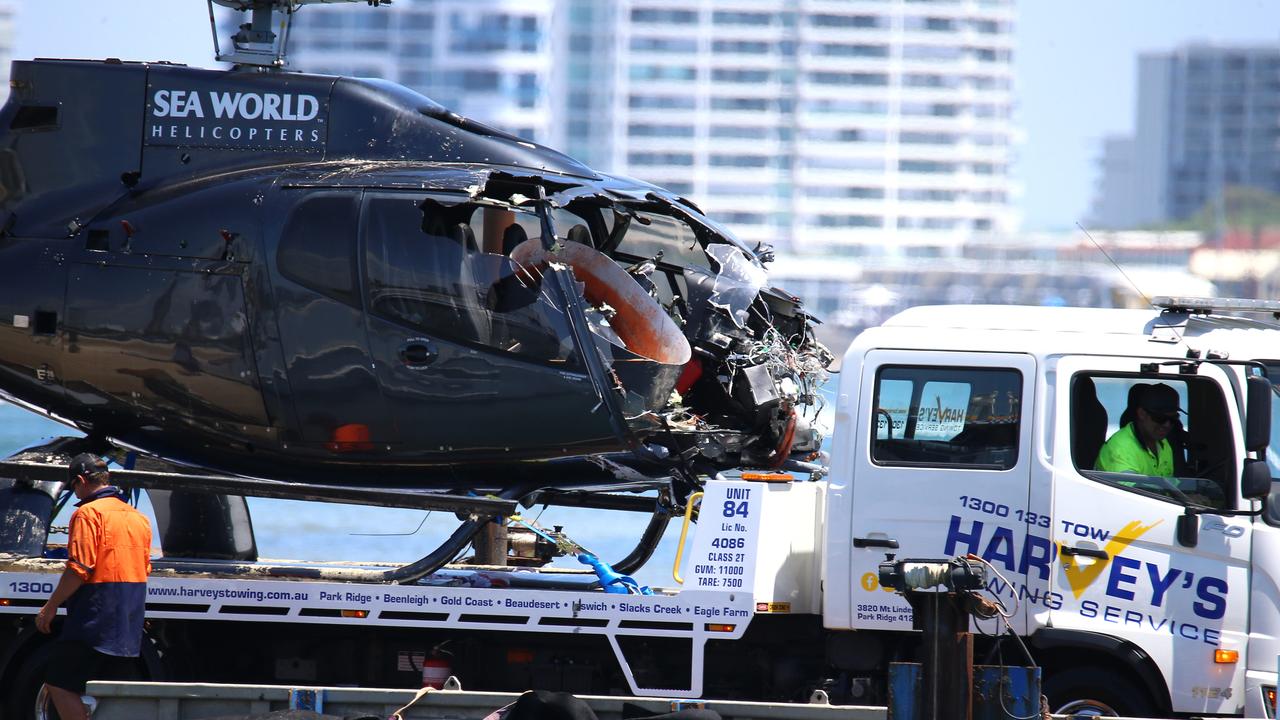 Sea World Helicopters has closed until further notice as it deals with what’s next.

A statement from Boss John Orr-Campbell said he was “gutted to the core”.

“We also acknowledge the suffering of those that were injured,” he said.

“Ash Jenkinson, an experienced pilot, who lost his life in the accident, was well known to many of us.

“I knew Ash personally for nine years. He was a fine man and a standout pilot with 6210 hours of flying to his name.

“To lose a man and a pilot of Ash’s calibre is shocking in every sense of the word. I, along with all the staff at Sea World Helicopters, are gutted to the core. 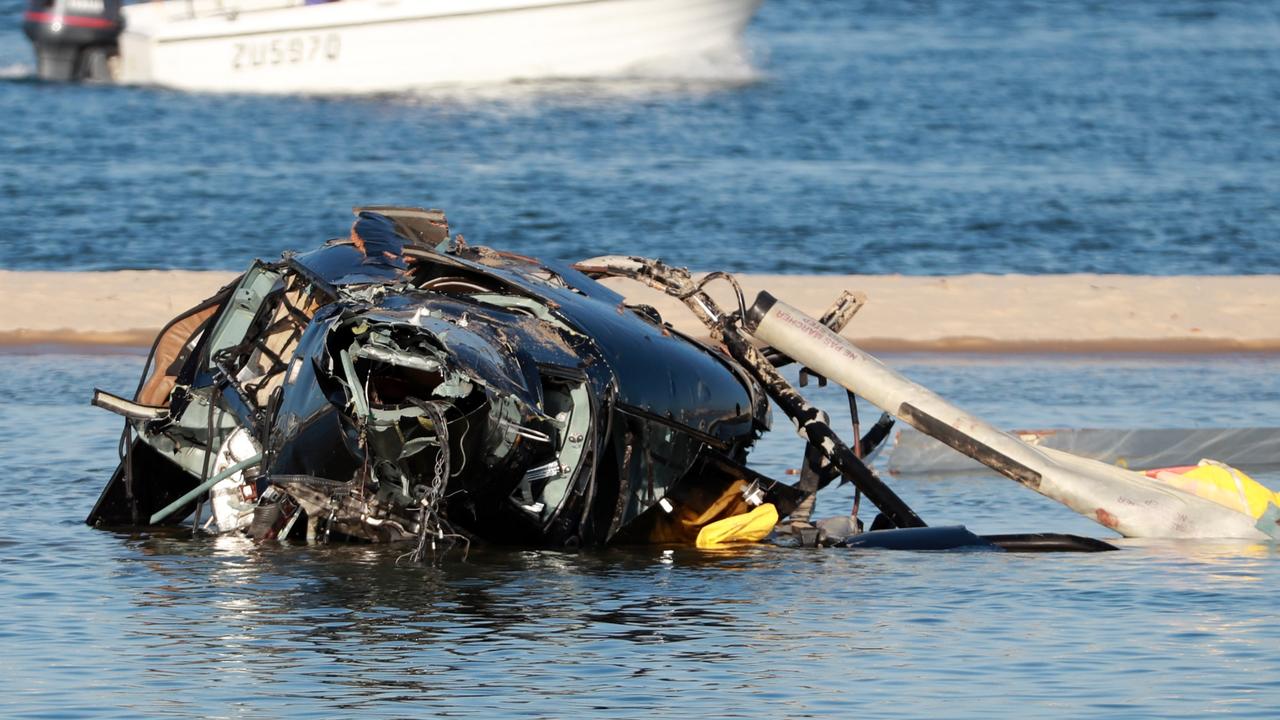 “My heart aches as I think of Ash’s fiancee Kosha and his one-year-old son Kayden.”

Australian Transport Safety Bureau and local authorities are investigating the incident and have not speculated on a cause.

“We have a reasonable understanding of what the helicopters were doing in those critical stages of flight,” ATSB Chief Commissioner Angus Mitchell said in the days after the crash.

“But exactly why this occurred, what the range of visibility for both the pilots was, what was happening inside the cabins at the time – they are the things that will help us piece together potentially what might have been a contributing factor here.

“But it’s still very early in the investigation to start speculating.”