Get set for a whole lot of wet if you’re in Queensland this weekend.

Forecasters have said the Queensland coast could the “heaviest rain in years”.

“January 2023 could shape up to be the wettest single month for pockets of the Queensland coast since February 2021.”

Some of that rain will make its way further south with Sydney, southern NSW and Victoria likely to see showers on Sunday.

But in the southern states, humid tropical warmth is on the cards with Saturday set to see “very extreme heat”.

Temperatures could be up to 15 degrees or more above average. 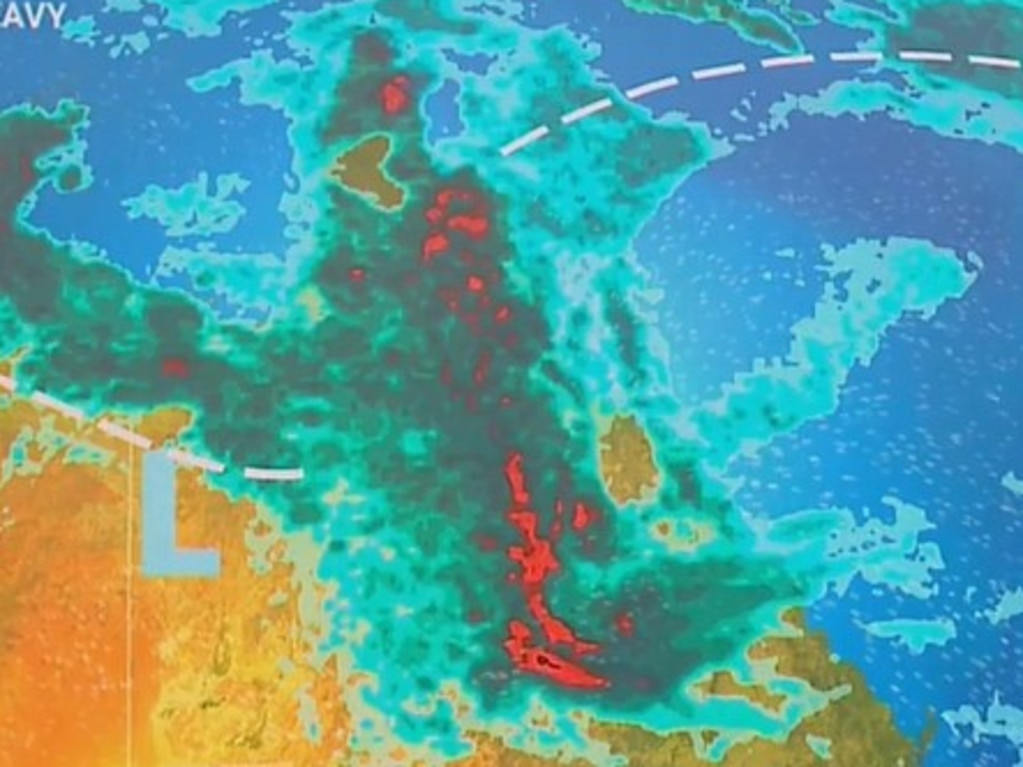 Northern Queensland will be the focus of the rain this weekend and into next week. Picture: Sky News Weather

The moisture mayhem is set to be the most intense in a line from north of Cairns to south of Mackay. Although much of Queensland could be soggy to a lesser degree.

“This is due to a building rain and storm event which will focus over coastal and inland areas north of about Rockhampton right the way through and into next week,” Ms Osborne said.

An intensifying monsoon trough is likely to deliver a steady supply of moisture with persistent rain and, at points, intense downpours.

Over the next week, this coastal zone could see around 400mm of rain.

“In many areas, this will constitute a month’s worth of rain falling in just a week,” she said.

On Saturday, Townsville could register 100mm of rain – and not far off that on Sunday. And then there will be lesser – but still heavy rain – into the middle of next week. It will be sticky too, with the mercury reaching 28C most days.

Yet Brisbane will be spared the washout with barely any drops of rain at all over the weekend. Expect highs of 29C in the city and lows of 20C.

Meanwhile in the north, Darwin will remain mostly clear with highs of 33C and lows of 25C on Friday. A shower is possible on Saturday and then up to 20mm and a storm on Sunday. 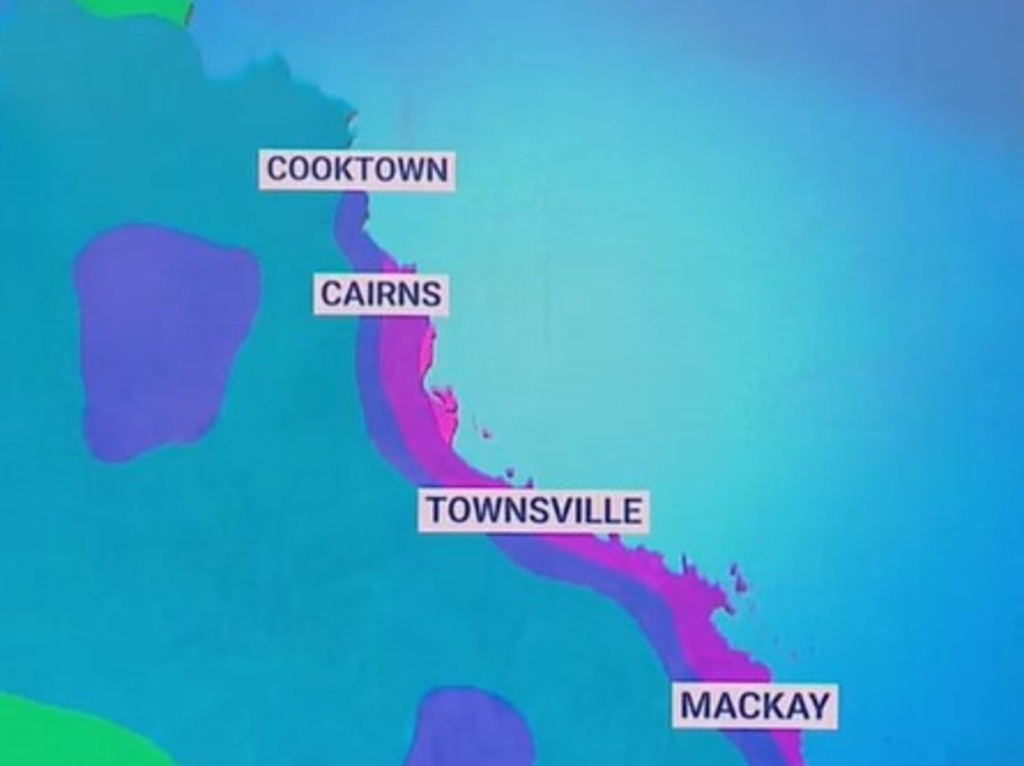 Up to 400mm of rain could fall over the coming week on a coastal stretch of Queensland. Picture: Sky News Weather

While it will be warm in Sydney, the city seems unable to push over the 30C barrier. The NSW capital is set for a sunny weekend with highs of 28-29C and overnight lows of around 20C.

But storm clouds are brewing as you head west and south.

Canberra may see a storm come through on Friday, although the rain totals won’t be high. It will be dry for Saturday in the capital and then up to 8mm of rain expected on Sunday, mostly associated with another possible storm.

It will break 30C in Canberra, with maximums of 32C across the weekend.

Sky News Weather has forecast that later on Sunday, storms and rain could pass over parts of NSW including the Blue Mountains and the Ranges.

But it’s all about the heat for Victoria, South Australia and Tasmania with warm air from the Pilbara region of Western Australia, the country’s “heat engine,” funnelling that desert-scorched air to the southeast. 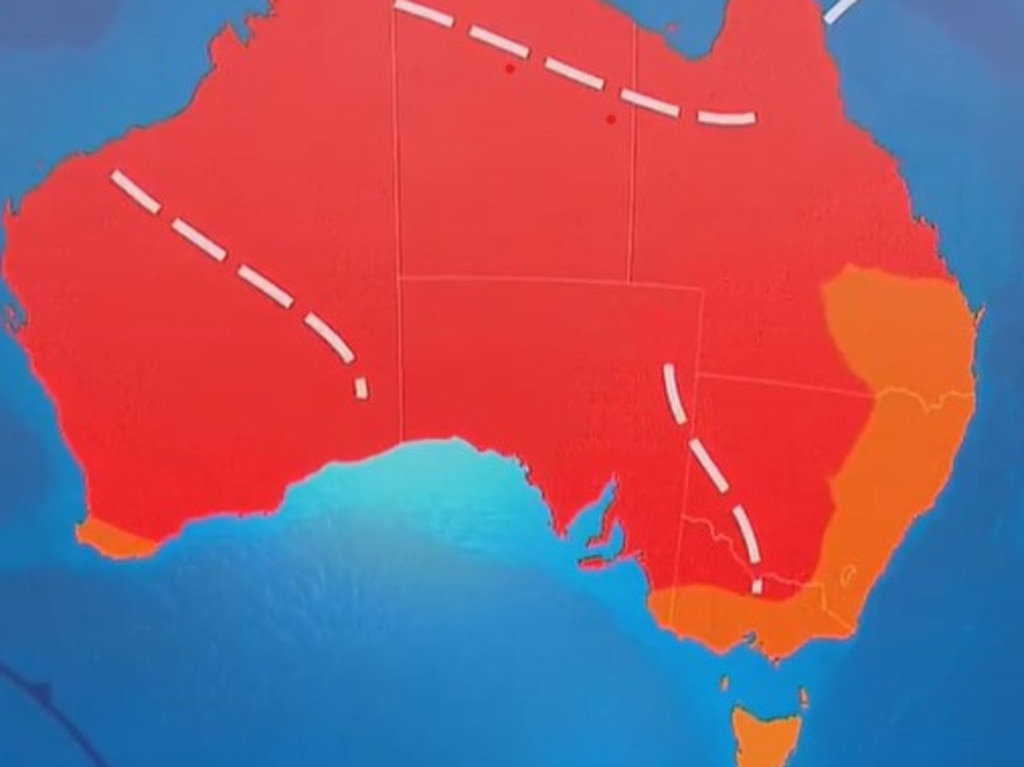 A sticky weekend of humidity

“As that heat pulls over South Australia and into Victoria, it will be joined by very humid air off the northeast. This means it is going to feel rather tropical,” Ms Osborne said.

“Saturday is going to be the day of very extreme heat and elevated fire dangers particularly in South Australia.”

That extreme heat will be felt on Friday in Adelaide with a high of 37C and then it goes one better on Saturday at 38C. Thankfully a cool change should the come through with a 29C maximum on Sunday.

Minimums will be 23C on Saturday morning and then down to 16C for Sunday in Adelaide.

It all cranks up again from the start of next week, however, with a 39C high on Tuesday.

Over the coming days Melbourne will see heat too – but it won’t be as sustained.

A high of 26C on Friday rises to 35C on Saturday and then down to 22C on Sunday. Although looking further out, it could peak at 37C on a baking Tuesday.

Lows over the weekend will be in the high teens. 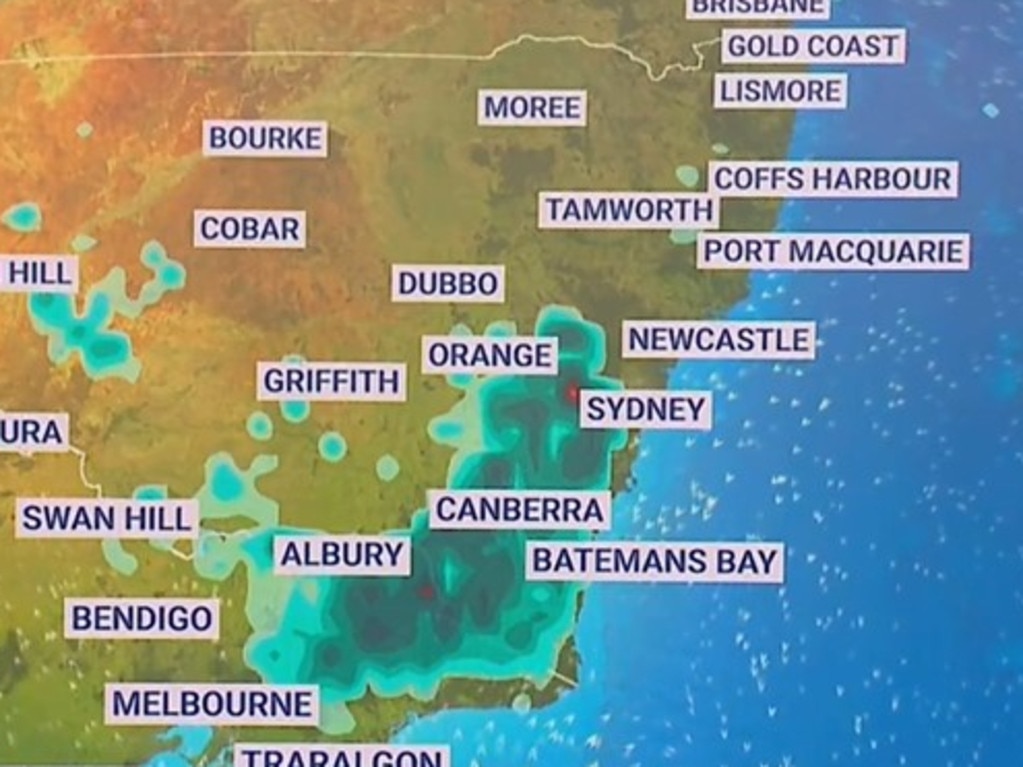 Head northeast and Sunday could see some rain in places like Wangaratta.

Hobart should reach 30C on Saturday as the same system from the mainland envelops much of the island. Friday will be 25C and cloudy and on Sunday it will cool down to 19C.

The seesawing of the mercury will be felt here too with a hot Tuesday peaking at 31C in the city.

Warm and sunny in Perth for the next few days. Temperatures will fall short of 30C on Friday, just by a smidgen, and then it’s 30-33C and mid-teen lows consistently each day for the next week with mostly clear blue skies.