A husband has paid a heartbreaking tribute to his wife killed after a tree fell on her car on New Year’s Eve.

Jasmyne Lloyd, 20, and her 80-year-old female passenger – who has yet to be identified – were tragically killed when a tree fell on their car in the Glasshouse Mountains on Queensland’s Sunshine Coast.

Their Volkswagen car is understood to have lost control and stopped in bushland after the tree fell.

Both women died at the scene.

Jasmyne’s devastated husband Dylan Lloyd took to Facebook to share his heartbreak, revealing that the couple were just one day away from celebrating their four-month wedding anniversary. 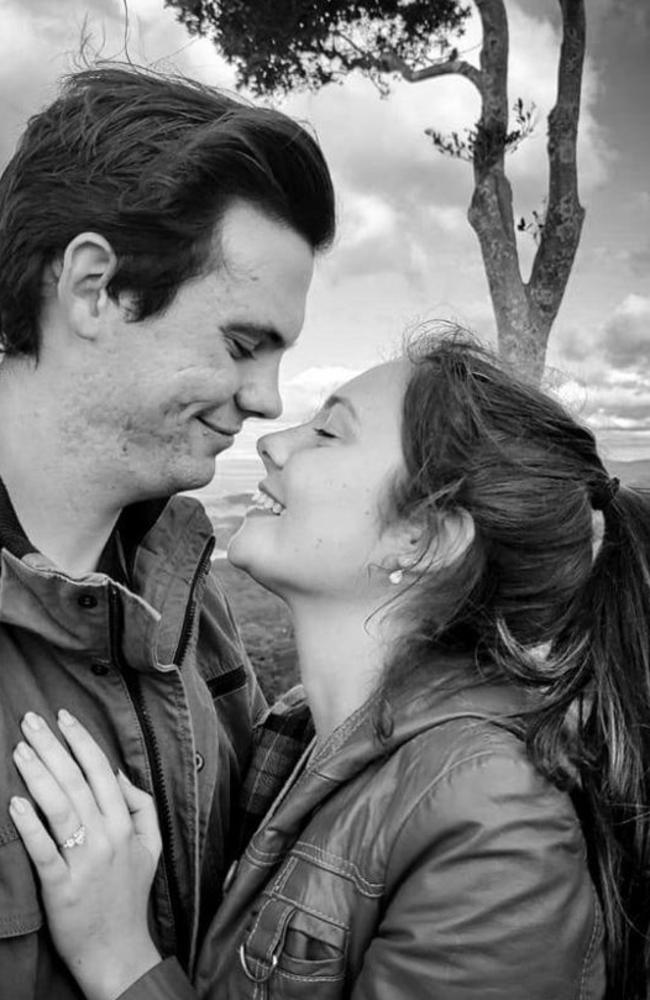 “No words can describe my heartbreak,” he said, according to The Sunshine Coast Daily.

Mr Lloyd’s Facebook profile picture shows the loved-up couple posing on the day he proposed to her,

”She said yes,” he captioned the sweet snap, with Jasmyne’s diamond engagement ring on display.

Queensland police were called to the remote stretch of road at about 12:20pm on New Year’s Eve to reports of a significant traffic accident.

The roof of the small sedan was severely caved in and pulled off the car by emergency crews so that police could investigate inside the vehicle. 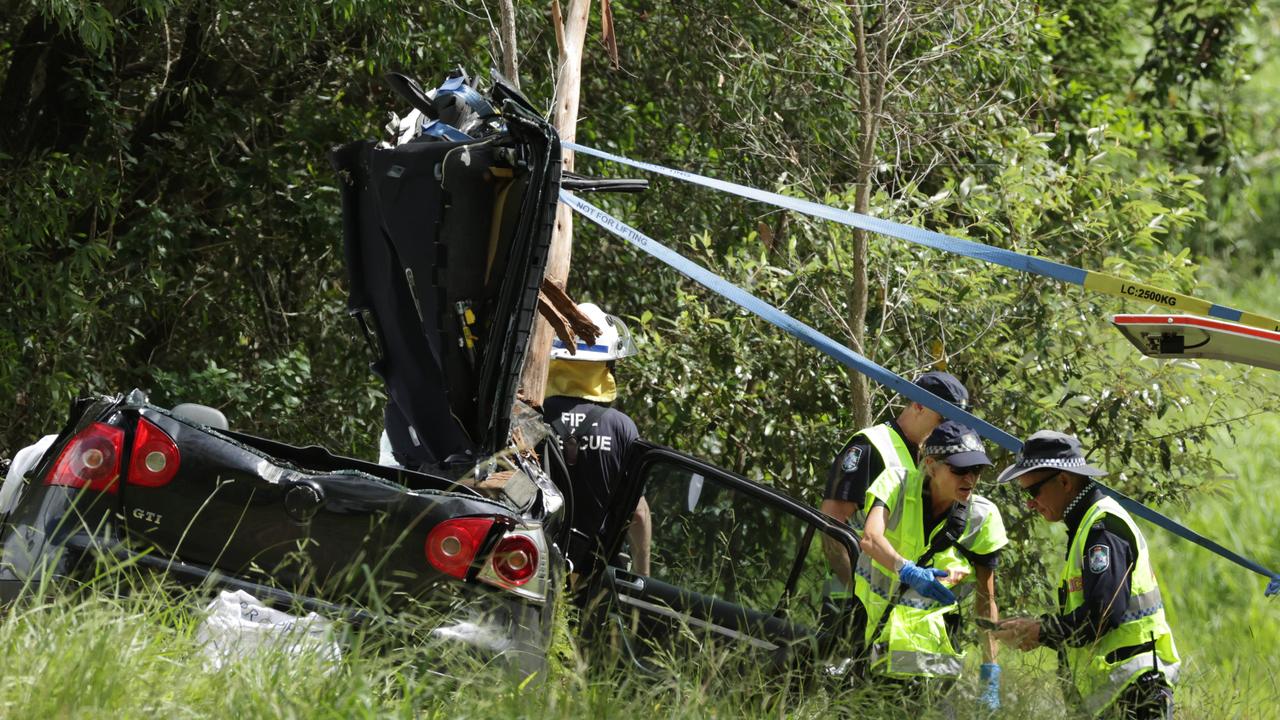 The two women died at the scene after a tree fell on their car. Picture Lachie Millard

Crews extracted the occupants and handed the scene over to police about 1.55pm.

A Queensland Police Service spokesman said the tree had been in poor condition and potentially rotting.

He described the incident as “incredibly rare” and that the people involved had been in the “wrong place, at the wrong time”.

“It’s incredibly unfortunate. The tree collapsed as they had been driving by,” the officer told the outlet.

Acting Chief Superintendent Chris Stream said police could not determine if rot or if “some sort of animal intervention” was involved with the tree falling.

“But the tree, and a large section of that tree, broke away,” he said. 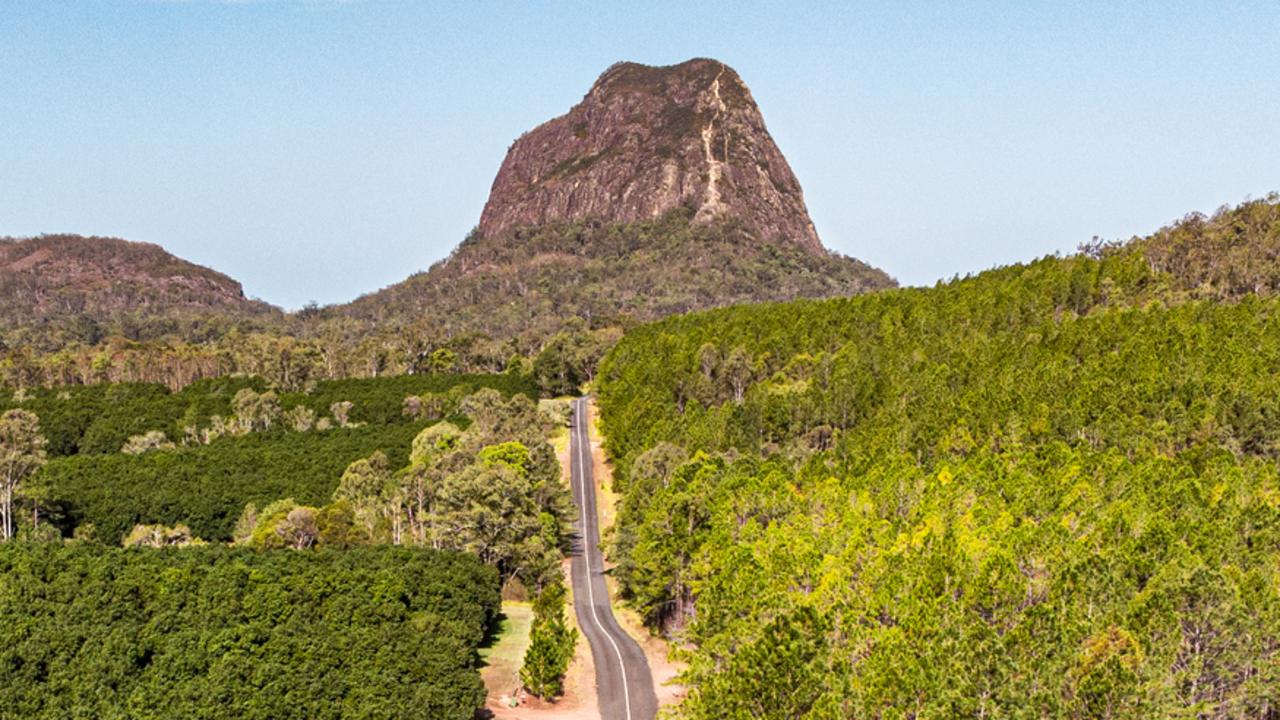 The area on Queensland’s Sunshine Coast is known for its scenic views. Picture: iStock

“Unfortunately as that vehicle was passing under – a couple of seconds either way the vehicle would have been clear – it struck the vehicle and then the vehicle exited the road.”

Located about 70km north of Brisbane, the Glass House Mountains and its national park is well known for breathtaking panoramic views and walking tracks.