The Macquarie Dictionary’s 2022 Word of the Year has been revealed and it might surprise you that it’s not a new word.

Teal is defined as “a political candidate who holds generally ideologically moderate views but who supports strong action regarding environmental and climate action policies and the prioritising of integrity in politics”.

Unlike most winners of the Word of the Year – the word “teal” was not invented in the same year.

However, its use in everyday conversation over the last 12 months has been largely due to its resurgence as a descriptor for the independent political movement. 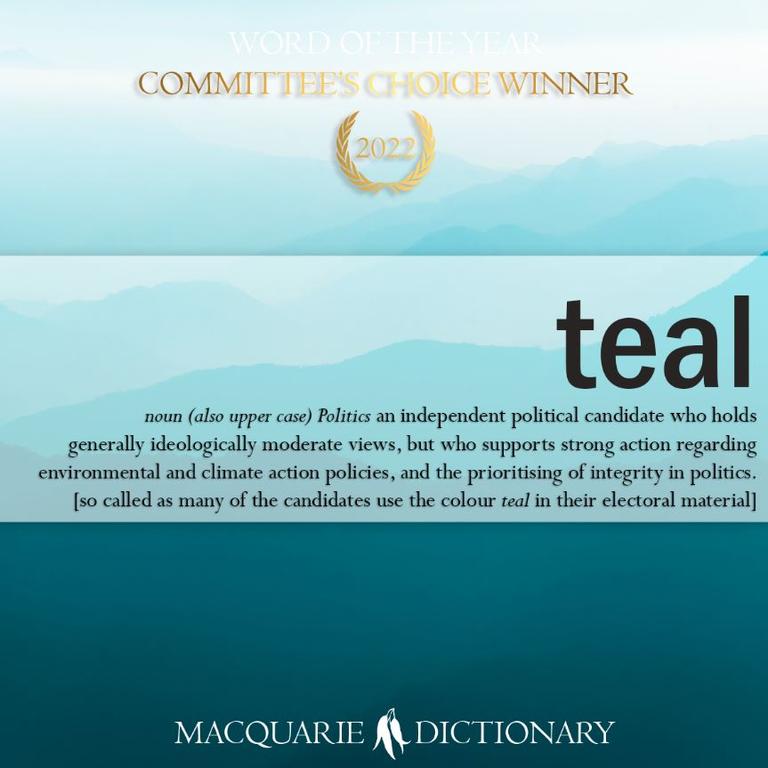 The Word of the Year committee’s choice is teal. Picture: Macquarie Dictionary

“It’s hard to go past teal as an emblem of Australia’s political landscape in 2022,” the dictionary’s committee said.

The colour teal – a dark greenish blue – was featured on the electoral material of Climate100-backed candidates in the federal election, including Zali Steggall, Kylea Tink and Allegra Spender.

The runner-up was “truth-telling”, which is defined as the act of relating the facts of a situation, exclusive of any embellishment or dilution applied as justification for past actions. 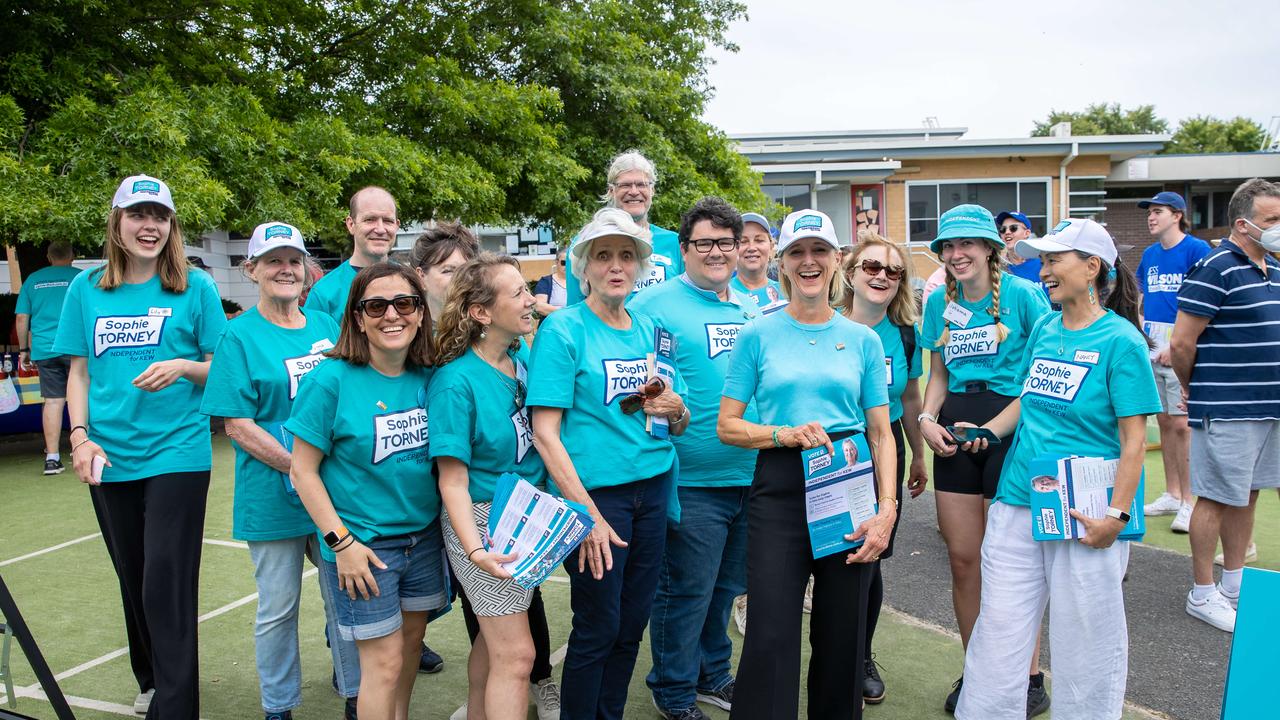 The word ‘teal’ gained a whole new meaning this year when it was used to describe political independents. Picture: Jason Edwards

The People’s Choice Word of the Year went to “bachelor’s handbag” – a phrase used to describe a supermarket roast chicken.

“A funny, clever coinage – so quintessentially Australian, summing up the role of a BBQ chook perfectly,” the committee said.

Last year, the word “strollout” took out both the Committee’s Choice and People’s Choice Word of the Year.

The word was a humorous jab at the federal government’s rollout of the Covid vaccination program that was perceived as slow. Here are the words that made the shortlist: 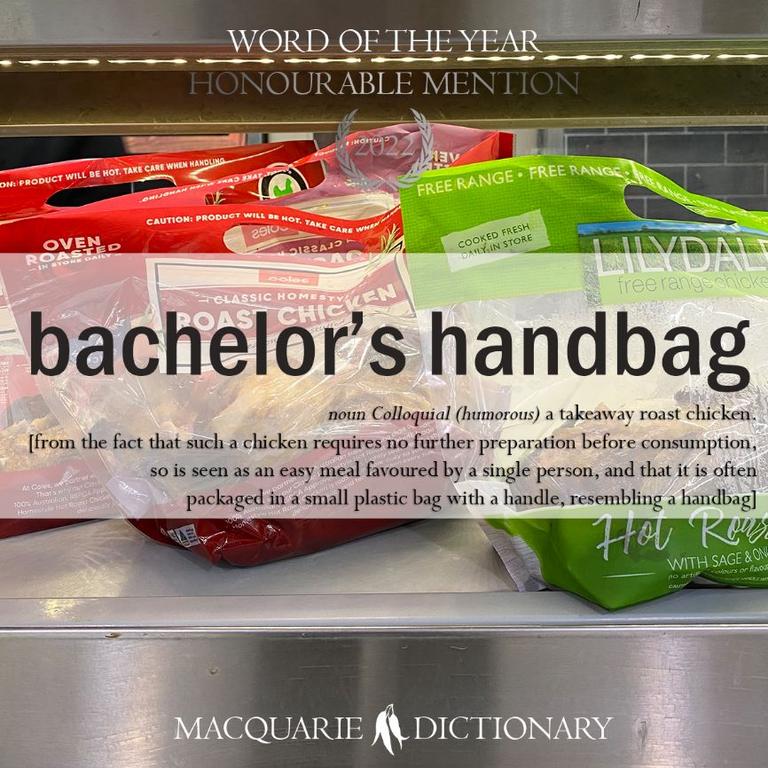