Matthew Guy will step down as leader of the Victorian Liberal Party after leading the Coalition to a second resounding election loss.

Mr Guy has announced he will not recontest the leadership after Labor won a third consecutive term in government on Saturday night.

Daniel Andrews has secured a historic third term as premier, with Labor on track to retain a comfortable majority in the lower house.

Mr Guy issued a statement on Sunday morning saying a new Liberal leader would be chosen once the election results were finalised.

“As soon as it is clearer which Liberal Party candidates will form the next parliamentary party room, I will call them together to elect their new leadership team,” he said.

“I will not be a candidate for the position of leader.” 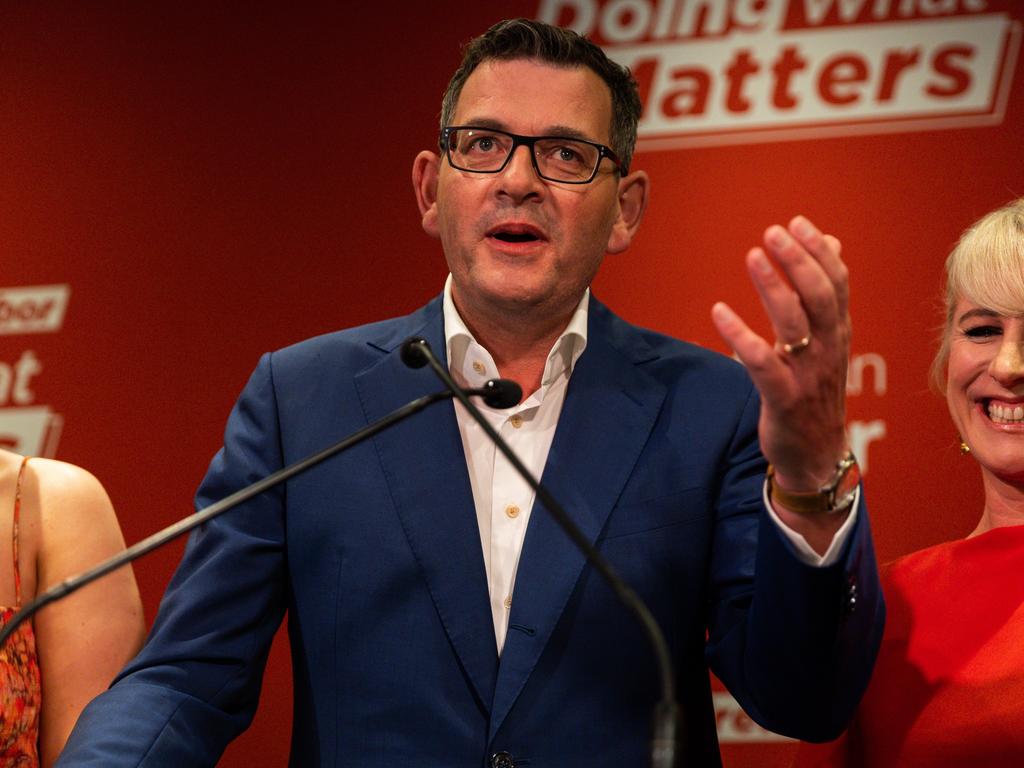 Mr Guy said the “respectable” statewide two party preferred swing to the Coalition of 3-4 per cent was most profound in the swings to the Liberal Party in Melbourne’s north and west.

“This represents a huge future electoral opportunity for the Liberal Party,” he said.

Mr Guy congratulated the Labor party on its win.

“I want to put on record my deep appreciation to all the Liberal and National Party candidates, their campaign teams and volunteers for the tireless work they have done, particularly over recent weeks,” he said.

He conceded defeat in this year’s election shortly before 11pm on Saturday night, telling supporters he had called Mr Andrews to congratulate him.

“I hope that the Labor Party, who will form the government, will heed that message and will have a change in style, a change in attitude,” Mr Guy said. 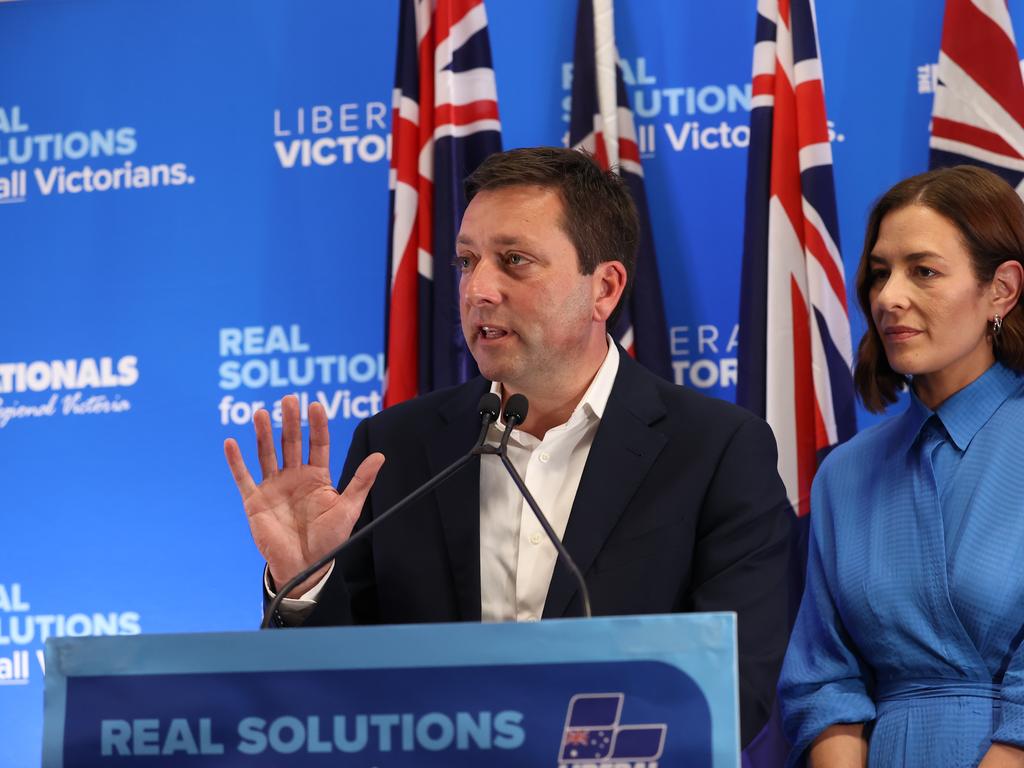 Matthew Guy will step down after his defeat to Daniel Andrews. Picture: David Caird

“We respect the right of Victorians to choose their government.

“We say to each and every Victorian, the choice is yours and we respect that. We expect to, as you’d expect, hold the government over the next term to account.”

With nearly 70 per cent of the vote counted after midday on Sunday, Labor had won 50 seats in the lower house of Victorian parliament and was likely to win six more, according to the ABC.

The Liberals had won 25 seats, including regaining Nepean from the Labor.

Labor has also lost the seat of Hawthorn, where the contest between Liberal candidate John Pesutto and teal independent Melissa Lowe has come down to the wire.

The Nationals fared better than the Liberals, picking up three regional seats.