The total number of dwellings approved fell 6 per cent last month, following an 8.1 per cent drop in September, according to the Australian Bureau of Statistics.

“The result was driven by private sector dwellings, excluding houses, which decreased 11.3 per cent (to 5781),” ABS director of construction statistics Daniel Rossi said on Wednesday.

Total dwelling approvals in NSW, Queensland and Tasmania dropped significantly by as much as -18.8 per cent.

But South Australia, Victoria and Western Australia experienced increases as high as 17.6 per cent. 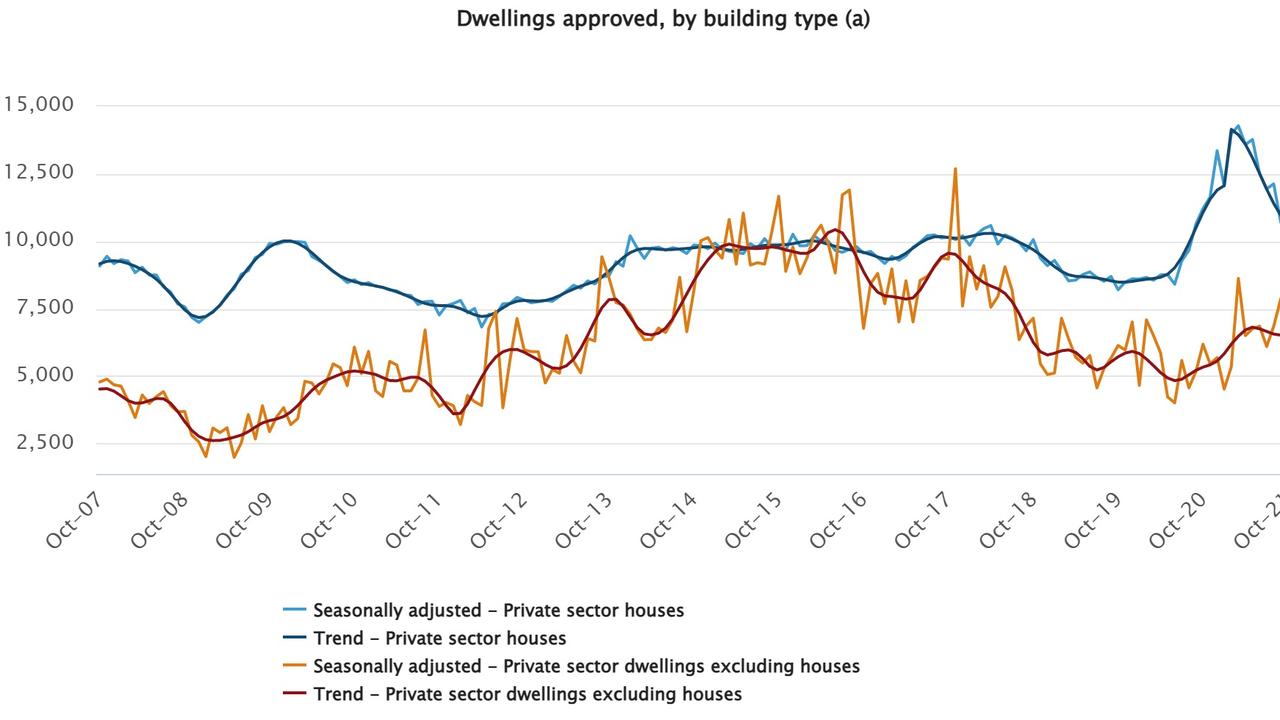 The value of total building approvals fell 0.2 per cent, following a 7.1 per cent decrease in September.

That includes a 2.7 per cent decrease in new residential buildings and a 1.4 per cent increase in alterations and additions.

The value of non-residential building approvals climbed 2.6 per cent after a 6.9 per cent rise in September.