West Australian Hannah Green has blasted her way into first place with a staggering afternoon headlined by an eagle and five birdies to finish 11-under on Friday.

Green drove powerfully off the tee at Victoria to put herself in eagle-scoring positions regularly, held back by only a series of close-miss putts on her way to a two-stroke lead by the end of day two.

The 2019 Women’s PGA champion blazed her way down the stretch with a hole-15 eagle followed by birdies on 16 and 18, the latter in the surrounds of stirred fans who were treated to a hot finish from veteran Adam Scott just minutes later.

Green now sits two shots ahead of South Korean Jiyai Shin, who turned heads in the same group and was also aided by far more conducive conditions than the blustery breezes that greeted the afternoon field on Thursday. 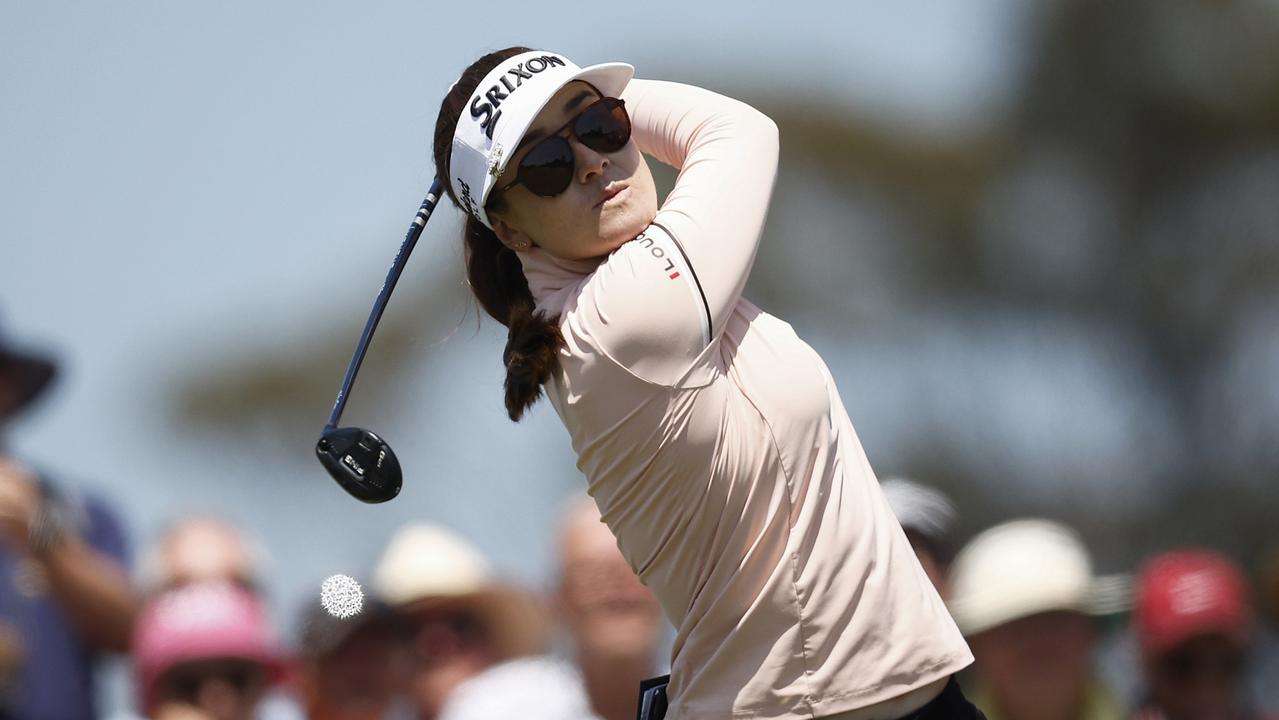 Hannah Green was powerful off the tee on Friday. (Photo by Daniel Pockett/Getty Images)

The 25-year-old Green is joined by compatriots Grace Kim (tied for third), Minjee Lee (sixth) and Stephanie Kyriacou (seventh) at the top-end of a leaderboard loaded with major winners, including So Yeon Ryu, Ashleigh Buhai and Jennifer Kupcho.

Green is in line to become the first Australian to claim the championship since Karrie Webb in 2014 ahead of a hot weekend with temperatures tipped to exceed 30 degrees on both days.

“I’ve just got to do whatever is good enough to win,” Green said 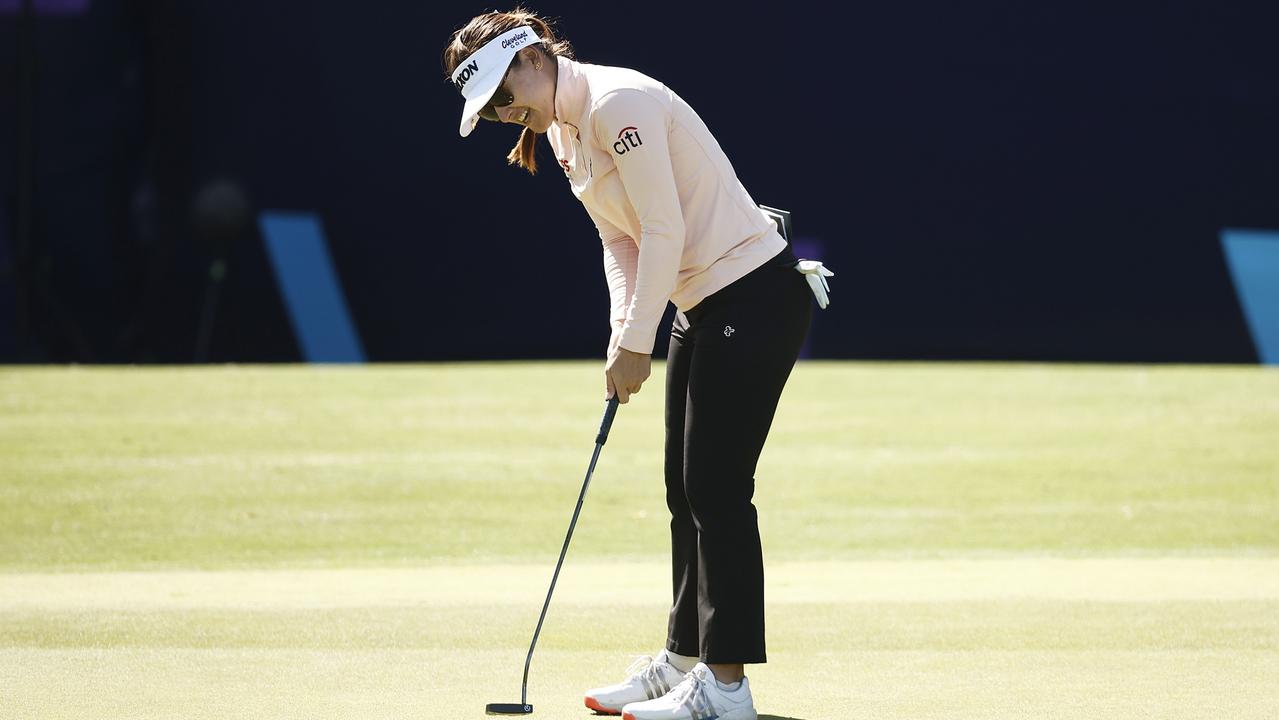 Green was all smiles after blazing her way to 11-under on Friday. (Photo by Daniel Pockett/Getty Images)

“It’s going to be difficult, because conditions are going to change. It’s going to get warm, the wind direction will change (from southerly to northerly) and I’m not sure anyone’s played (Victoria) in that direction. I’ve never played it like that.

“I feel like I’ve just got to stay patient and probably not get too worried about what everyone else is doing.”

Kim, fresh off a searing day-one effort at Kingston Heath, struggled in the mid stages of her Friday round at Victoria with a double-bogey and a bogey but steadied to finish even, retaining her seven-under record.

Lee put in a three-under performance at a soft Kingston Heath on Friday morning to lower her total to five-under, leaving her in a strong position for the weekend despite conceding she felt fatigued from a busy year.

“Your brain kind of goes into holiday mode or shutdown mode I guess, however positively you want to put it. Over the course of the year you go hard week in, week out and travelling so much, I think that’s what makes the mental part quite tough,” she said following her round. 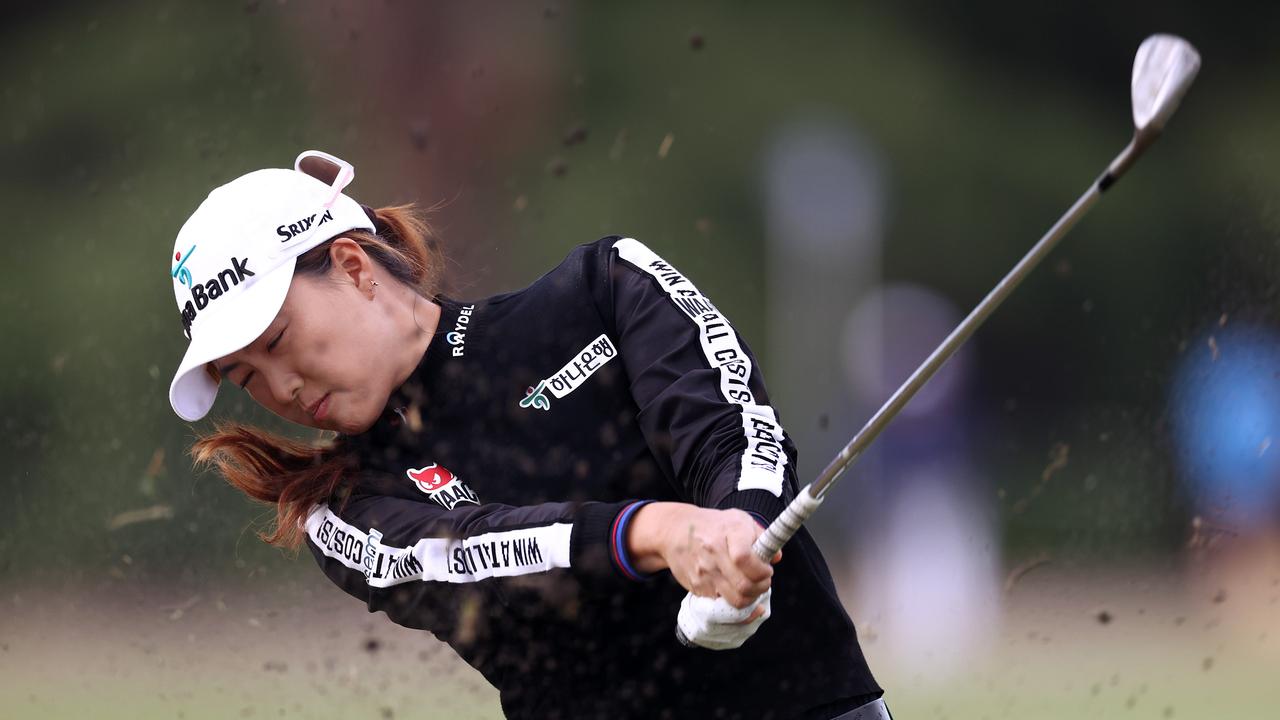 Lee is hunting down the leaders despite admitting to fatigue. Picture: Michael Klein

“But it’s always nice to come back home and play, so just fight it out for one week. It’s nice being here.”

Leader Green is proving something of a mixed-gender specialist, taking command in the first time men and women have played concurrently in a national championship after wins at a 72-hole mixed gender tournament in February and the dual-gender Vic Open in the same month.

“It’d be nice to have it three-peat in Australia,” she said. “I just feel like it’s a great week.”