Dangerous bushfires, torrential downpours and unrelenting heatwaves will continue to worsen across Australia, according to the latest snapshot into the country’s climate.

The 2022 State of the Climate report, released by CSIRO and the Bureau of Meteorology, reveals the continent is 1.47C hotter than it was in 1910.

In addition, sea surface temperatures have increased by an average of 1.05C since 1900, and sea levels are rising at an accelerated rate. 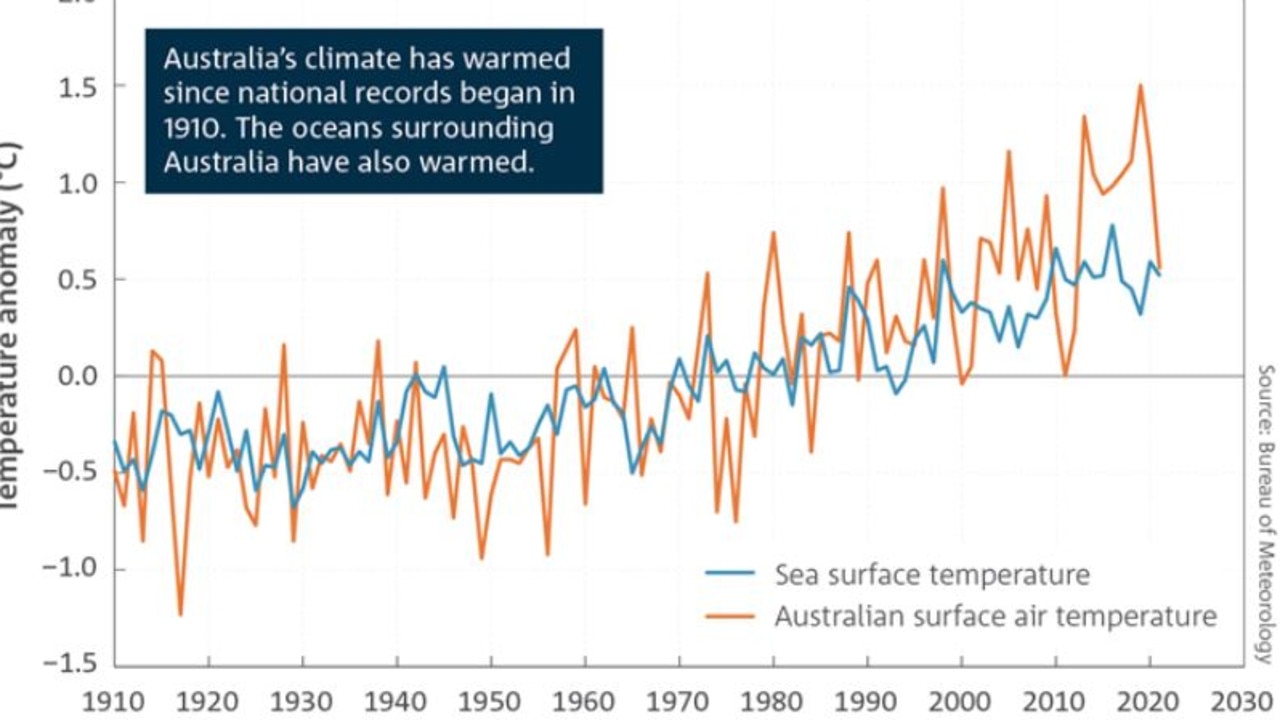 Changes to Australia’s sea and surface temperatures since 1910.

There are also fewer snow days and lesser snow depth in alpine regions since the late 1950s.

The changes have been driven by rising levels of greenhouse gases, predominantly at the hand of burning fossil fuels, with emissions having returned to pre-Covid-19 levels.

Jackie Brown, research director at the CSIRO climate science centre, said the report made for “depressing” reading, but it was “not new news”. 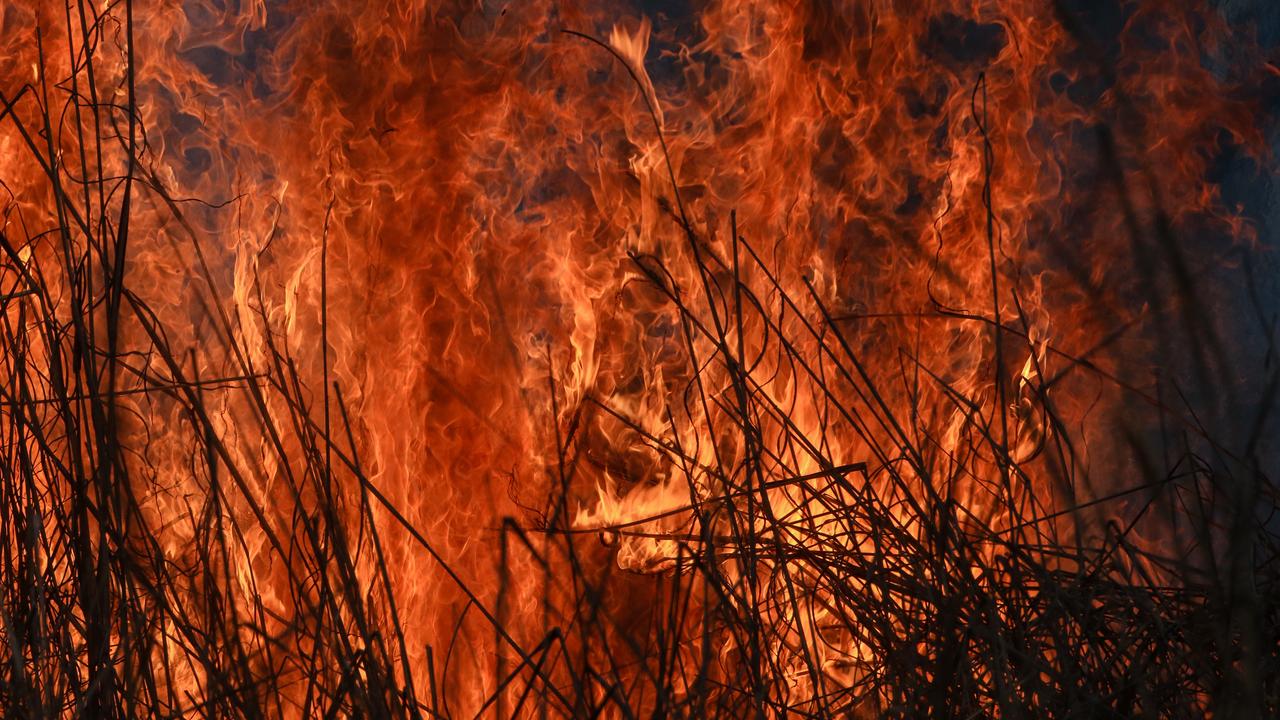 Dangerous bushfires, torrential downpours and unrelenting heatwaves will continue to get worse across Australia, according to the latest CSIRO report Picture: Glenn Campbell

“Climate change is with us and it will continue, and the point of this report is to remind everyone that we need to be prepared,” she told ABC News.

Environment Minister Tanya Plibersek said the importance of the report was that it was a “call to action”.

“And that is why our government has acted to legislate stronger carbon pollution reduction ambitions,” she told ABC News.

“It will take global action. We need to do our share here in Australia.”

Associate professor Ailie Gallant, from Monash University, said the report provides “clear evidence” that Australia’s climate is changing, and warned there was a pressing need for “deep and aggressive cuts” to carbon emissions.

“Although significant rains related to natural variability via La Nina have prevailed in the last three years in the north of the country, the report shows that the decline in rainfall in the south during the cooler months has become entrenched,” she said.

“Many of the trends described in this report will continue without deep and aggressive cuts to carbon emissions.”

In releasing its report, the CSIRO said Australia needs to plan for the decades ahead, and that the severity of impacts on the country will “depend on the speed at which global greenhouse gas emissions can be reduced”.