The saga began on Friday night, when Meldrum appeared on stage with longtime friend Elton John during his Melbourne Farewell Yellow Brick Road concert – only to leave the audience stunned when he suddenly dropped his pants and bared his buttocks.

The bizarre incident went viral, with Meldrum later blaming it on a wardrobe malfunction, claiming it was the result of a faulty belt.

On Monday, Johnson – who has known Meldrum for decades and who portrayed him on-screen in the acclaimed 2016 TV miniseries Molly – hit out at his former friend during an interview with 4BC’s Afternoons with Sofie Formica.

He told the program the feud between them had started at the 2017 Logie Awards, when Johnson scored the Gold Logie – only to have his acceptance speech, in which he planned to plug his charity, Love Your Sister, hijacked by Meldrum, who went on a eight-minute long ramble about his own career and achievements. 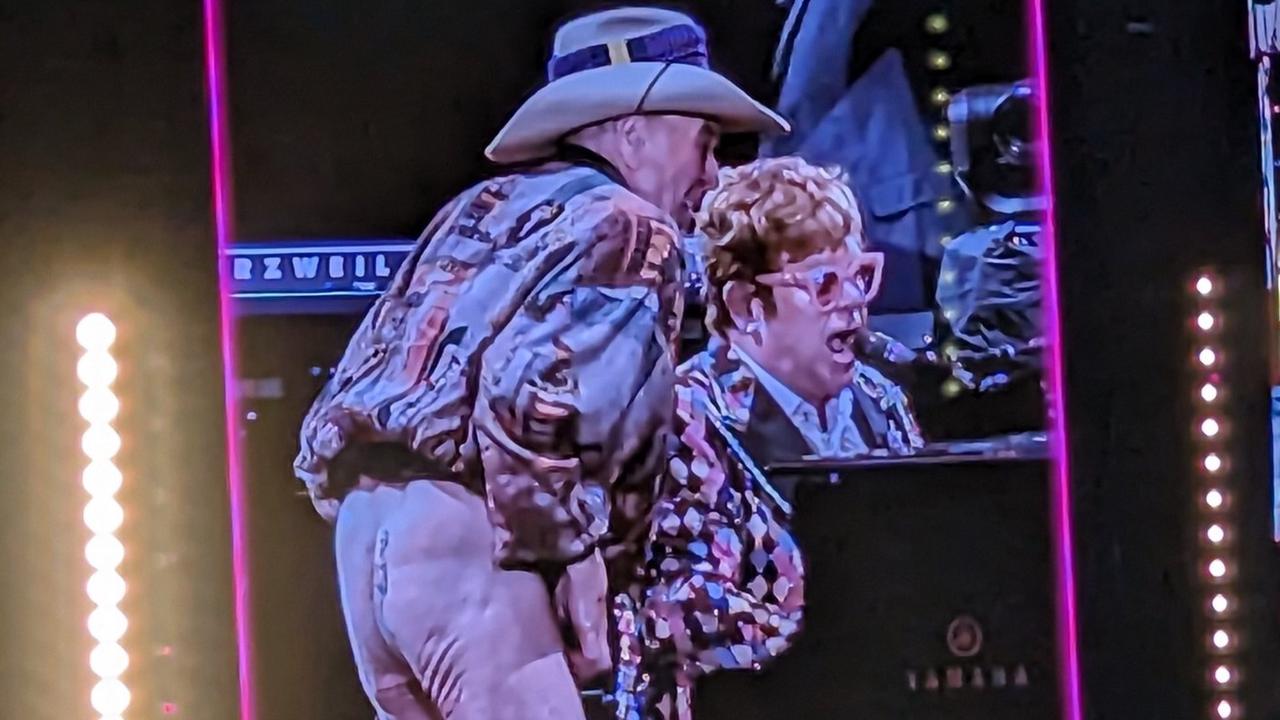 He followed it up with a second interview with Jonesy and Amanda on WSFM Breakfast on Tuesday, claiming Meldrum appeared to be “drunk” at the Logies and declaring: “There’s a lot I haven’t said and I’m trying really hard to be diplomatic but I’ve seen this same type of thing happen over and over again.”

That same day, he took things even further, blasting Meldrum yet again, this time on-air during an appearance on Seven’s The Morning Show.

He claimed Meldrum’s apology over his Elton John stunt “was false”, denied that it was the result of a wardrobe malfunction and insisted Meldrum needed help.

“Who are his minders? Is he OK? He should not be allowed out in the night,” he said.

“If I want to make any sense out of him, I need to see him before midday. Stop, Molly, stop!” he continued, appearing close to tears.

Johnson then revealed he hadn’t been on speaking terms with Meldrum since the Logies incident, and that he will “never speak to him again”, claiming the interruption of his speech cost his charity $1 million. 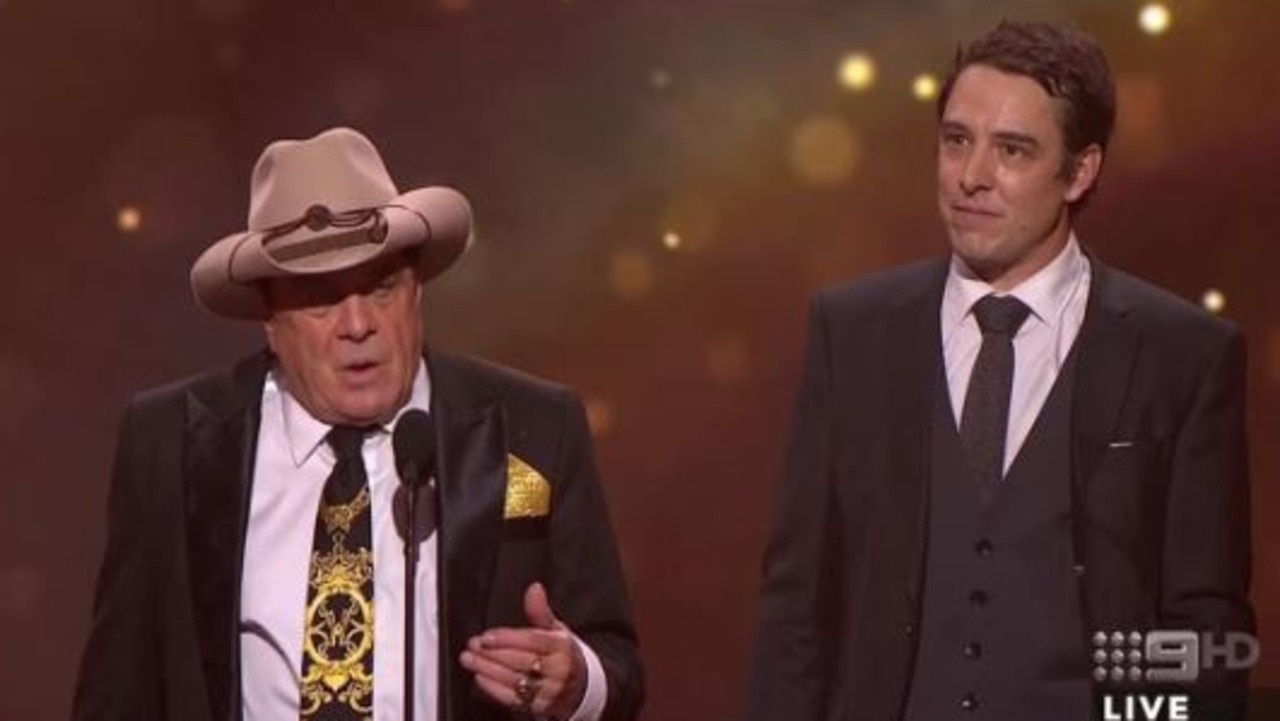 Entertainment commentator Peter Ford, who is heard on radio around Australia and who also appeared on The Morning Show on Tuesday, told news.com.au Johnson was noticeably rattled immediately after his appearance, but that he was sticking by his claims about Meldrum.

“He was very visibly upset, and worried that he’d gone too far and said too much – and look, he probably did. I suspect he went into a little too much detail, particularly about the drinking,” he said.

“But I think what he said was true and came from a very sincere place.

“Even though he’s not talking to Molly, and he says he won’t again, there’s still a level of respect, affection and care for Molly, and concern that Molly is not getting the right sort of supervision and guidance that he should be getting.”

Meldrum famously sustained a brain injury in a fall from a ladder in 2011, and has had limited – and often erratic – public appearances in the years since.

Ford said there were serious concerns for the music guru, who will celebrate his 80th birthday next week. 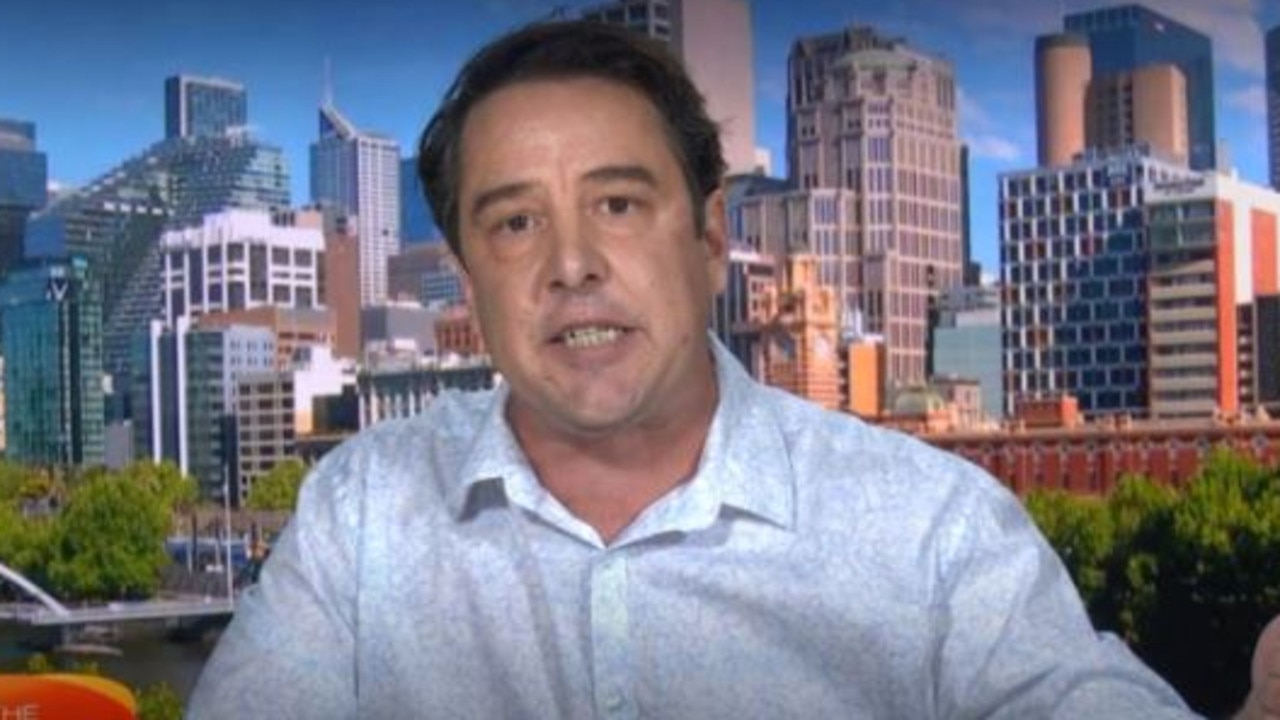 “He has played such an extraordinary role in the evolution and growth of the Australian music industry and nobody wants his legacy to become all about wild and crazy antics and questionable behaviour.

“I think by anybody’s judgment, the other night with Elton John would be a concern, and at the very least it was a questionable move on Molly’s behalf.

“Elton was not impressed, and people were just confused about what he was trying to say and achieve, and then there was the ridiculous story about the belt buckle, which was right up there with ‘my dog ate my homework.’”

Ford said there was an enormous amount of love and respect for Meldrum among the Australian public, and that most Australians just wanted him to be protected. 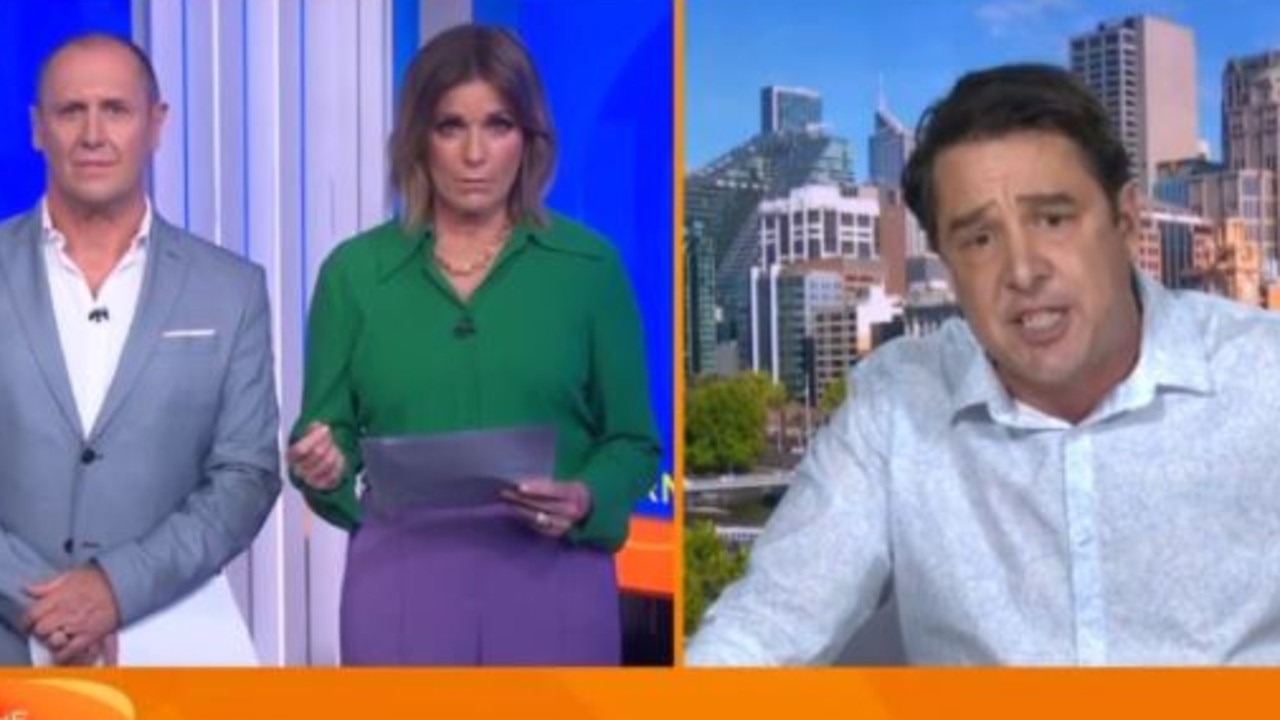 “Even though Molly has his injuries, he still has a great ear for music and talent and there’s still a vital role for Molly to play if he wants to do that … his innate ability is still there, but because of his physical limitations and challenges, now he has to have an extra bit of assistance,” he continued.

‘He took away my moment’: Stars’ nasty feud‘I’ll never speak to him again’: Star explodes

“Sam put it a bit bluntly, but Molly is a highly intelligent man, and even though he plays the buffoon and is presented that way, and sometimes gets carried away in the moment, that sort of passion is part of what made the Molly package so unique.

“He probably just needs voices around him at times to say, ‘That’s a really cr*ppy idea.’”