Glenn McGrath has broken his silence after a Sunrise presenter made an awkward on-air joke that the cricket great had died.

Prior to McGrath’s live-cross onto the breakfast program, news presenter Mylee Hogan was heard saying: “Glenn McGrath is dead,” off-screen. Her remark prompted a shocked reaction from her co-hosts, Mark Beretta and Edwina Bartholomew.

When asked during the annual Jane McGrath High Tea and Sydney’s Allianz Stadium on Friday morning, the Co-Founder & President of the McGrath Foundation confirmed that he had been in contact with Hogan. 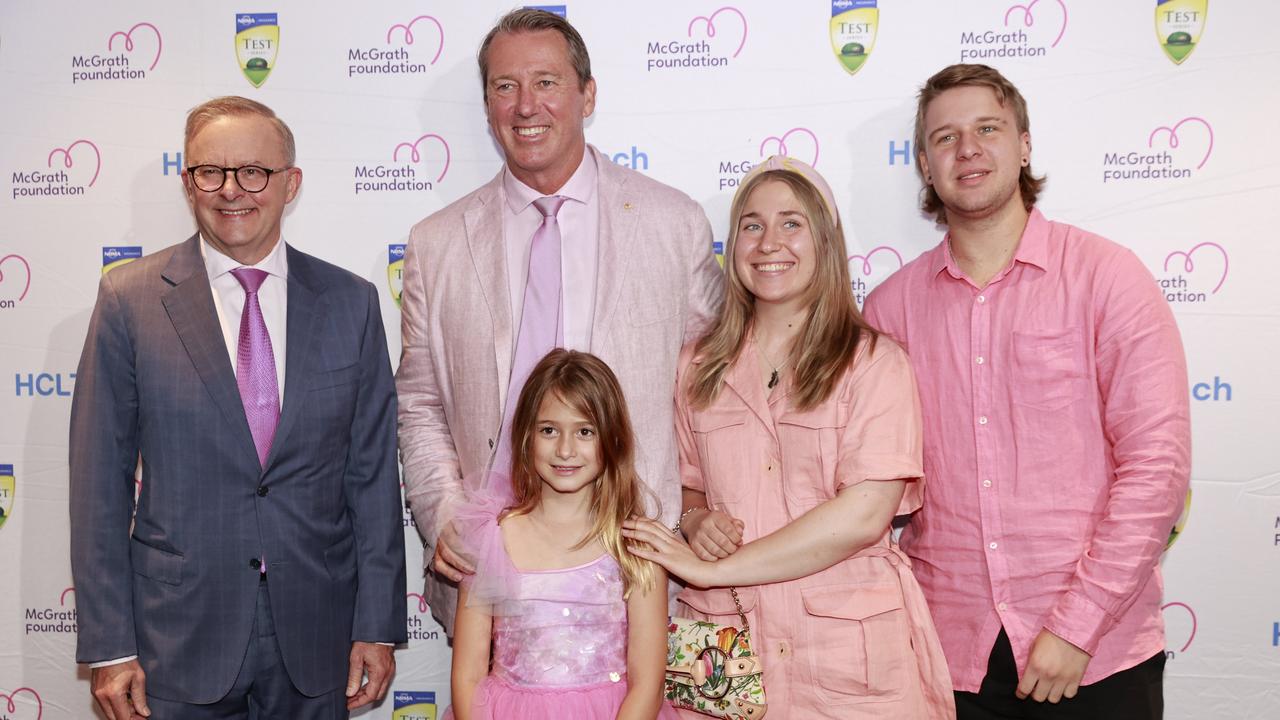 Prime Minister Anthony Albanese with Glenn McGrath, who appeared at the Jane McGrath High Tea with and his kids James, Holly and Madison. Picture: Tim Hunter.

Hogan hasn’t been seen on the Sunrise panel desk since she made the remarks about McGrath. On Thursday she reappeared on the show as a reporter.

Prior to McGrath’s segment, Hogan had introduced a bizarre TikTok trend where young users videoed themselves telling their parents that their favourite celebrity had died. 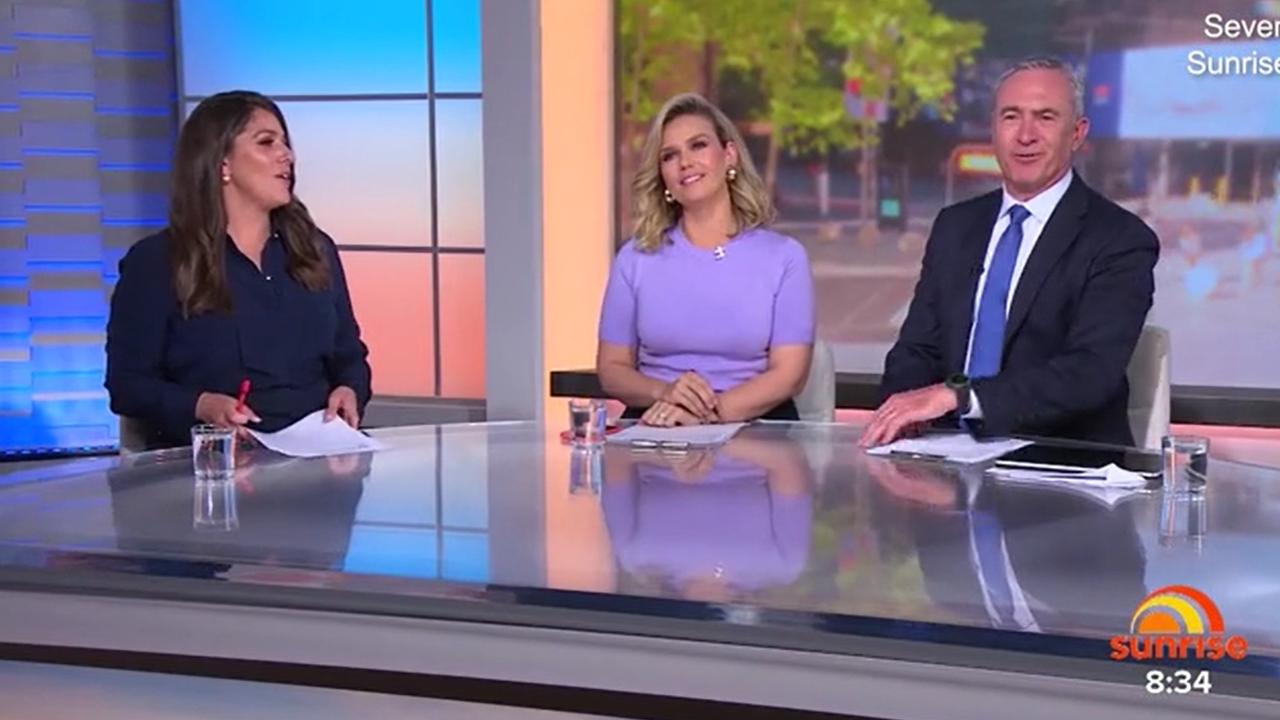 After making the gag about McGrath, Bartholomew and Beretta appeared to brush her comments aside.

Bartholomew can be heard adding: “It’s not funny. Sorry.”

But viewers took offence with Hogan’s comments. On social media, some said they would be boycotting the program after her comment.

“We will not be watching Sunrise anymore, if that girl with the black hair is reading the news again,” one comment read.

“She made a comment about Glen McGrath dying and laughed. Doesn’t she know that Glen’s first wife Jane died tragically from breast cancer.”

Another comment read: “I agree totally, that was awful”. 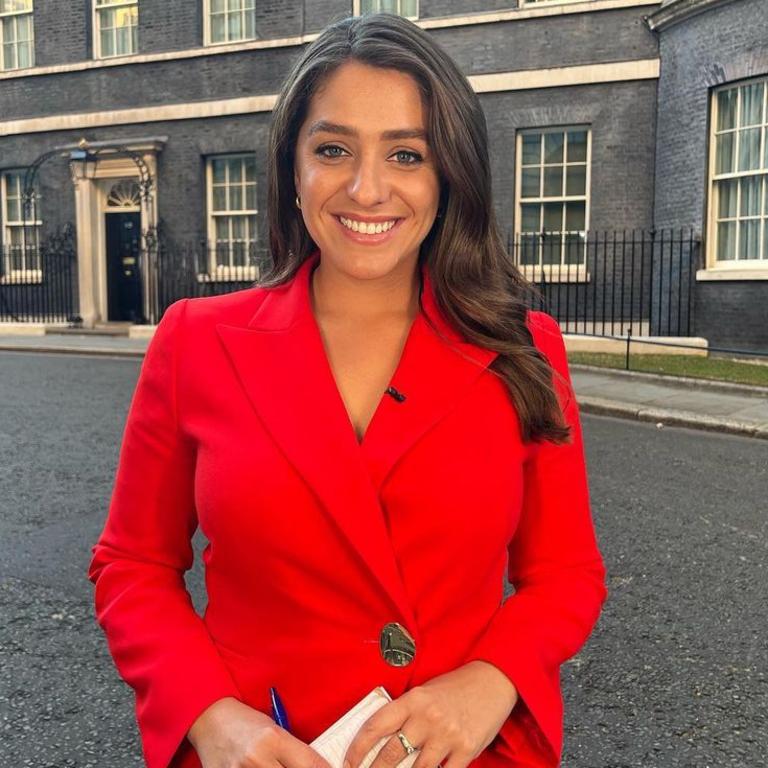 McGrath was one of the many high-profile attendees seen at the McGrath Foundation’s High Tea. Despite the rain and wind, guests including Prime Minister Anthony Albanese and his partner Jodie Haydon and NSW Premier Dominic Perrottet, arrived in shades of fuchsia, rose and pastel pink.

Danni Willis, who is married to Steve Smith, said the couple had a “relaxed” celebration after he broke multiple batting records on Thursday.

“It was pretty relaxed. Obviously (it is) still the middle of the Test match,” said Ms Willis.

“But Steve’s celebration when he scores 100 is chocolate, so we had to go for a drive to pick up some Cadbury Dairy Milk and the Marvellous Creations.” 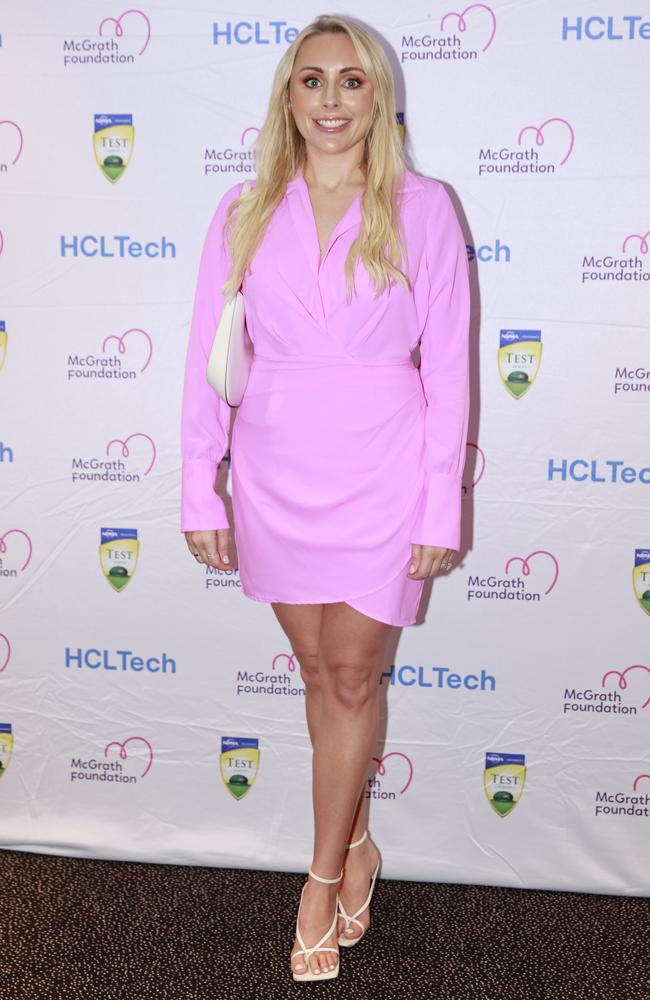 Danni Willis said her and Steve Smith made a dash to pick up some chocolate in celebration of huge achievement. Picture: Tim Hunter. 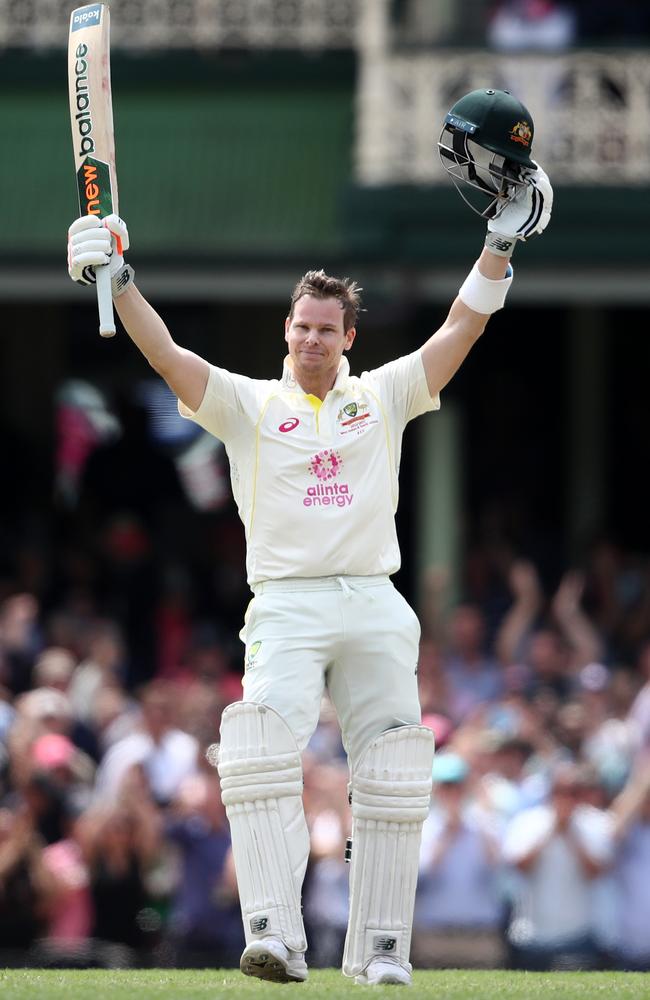 The day also honours the legacy of Jane McGrath (Glenn McGrath’s first wife) who died in 2008 from breast cancer. She was first diagnosed with breast cancer at the age of 31 in 1997 and was a staunch advocate for breast health awareness and support for patients undergoing treatment. Her advocacy led her to establish the McGrath Foundation in 2005, alongside her husband.

“I try to help out as much as I can with the Pink Test and Jane McGrath Day but the high tea year-on-year is incredible,” said Ms Willis.

“Obviously over the past couple of years with Covid, we haven’t been able to attend, so it’s great to see that it’s back bigger and better than ever.” 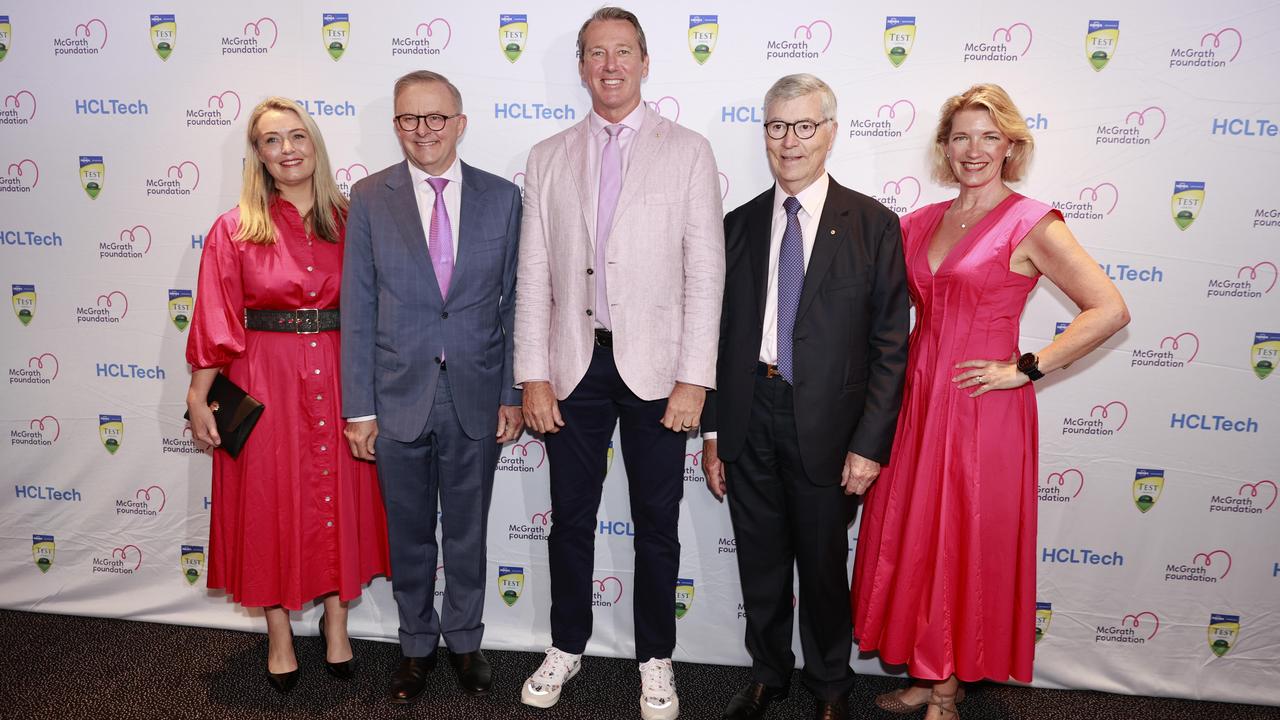 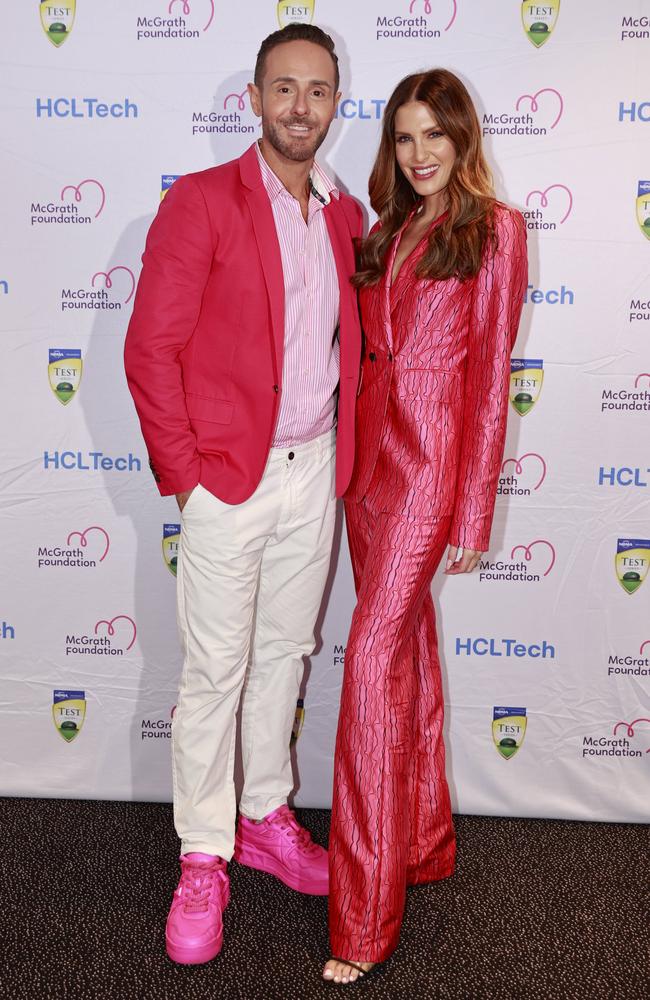 Also in attendance was Eloise Carey, who is married to star wicketkeeper, Alex Carey.

Speaking to Triple M radio after Carey became the second Australian wicketkeeper to score a century in a Boxing Day Test, Ms Carey joked that “he could be doing more with the kids”.

However Ms Carey jokingly revealed he is still yet to pick up his game, despite the publicised jab.

“He’s always pretty good with the kids but it’s a bad week for me unfortunately. I just have to take it on the chin and do all of the parental duties.”

“But he’s got a few weeks after this and then he’s going to have to pick up his game. He’ll be back on nappy duty, back on waking up early duty.” 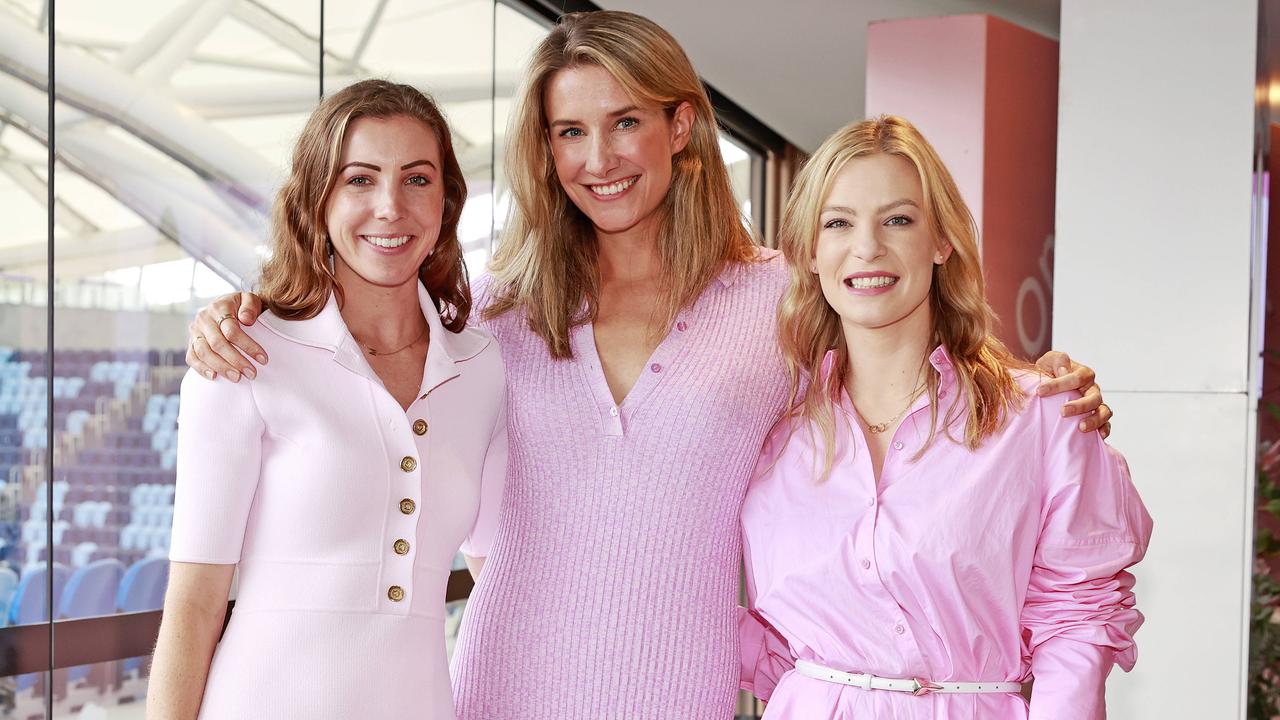 Like Ms Willis and Smith, the couple and their two children have yet to fully celebrate Carey’s cricketing achievements, and instead opted for a quiet night in after the Boxing Day Test.

“He never really watched the game afterwards but I forced him to watch the highlight reel so he could see the kids on the TV and he was just beaming.

“He was so happy and really celebrated the moment.”

The McGrath Foundation reports should they achieve their goal of selling 300,000 Virtual Pink Seats, the organisation will be able to give 4200 families the free support of a McGrath Breast Care Nurse in 2023.

McGrath celebrated the event’s 15th anniversary and said he was amazed at the support it’s received.

“This is the 15th Jane McGrath Day and it’s incredible to think back to where this all began when cricket first turned pink,” he said.

“Every Pink Test is special, and each year we are blown away by the support of the Australian public. Unfortunately, breast cancer is the most diagnosed cancer in Australian women and it’s our mission to ensure that no one with breast cancer misses out on the care of a breast care nurse.

“This year it’s been so great to see Australia get behind us to make it a Pink Test to remember by ensuring families have the free care and support they need.”