A giant celebrity seal has made a dramatic return to a small town in Victoria by stopping traffic, smashing a servo window and attracting police attention.

He was caught on video emerging from Port Philip Bay before sauntering his way to the carpark and before trying to get inside a corner service station. 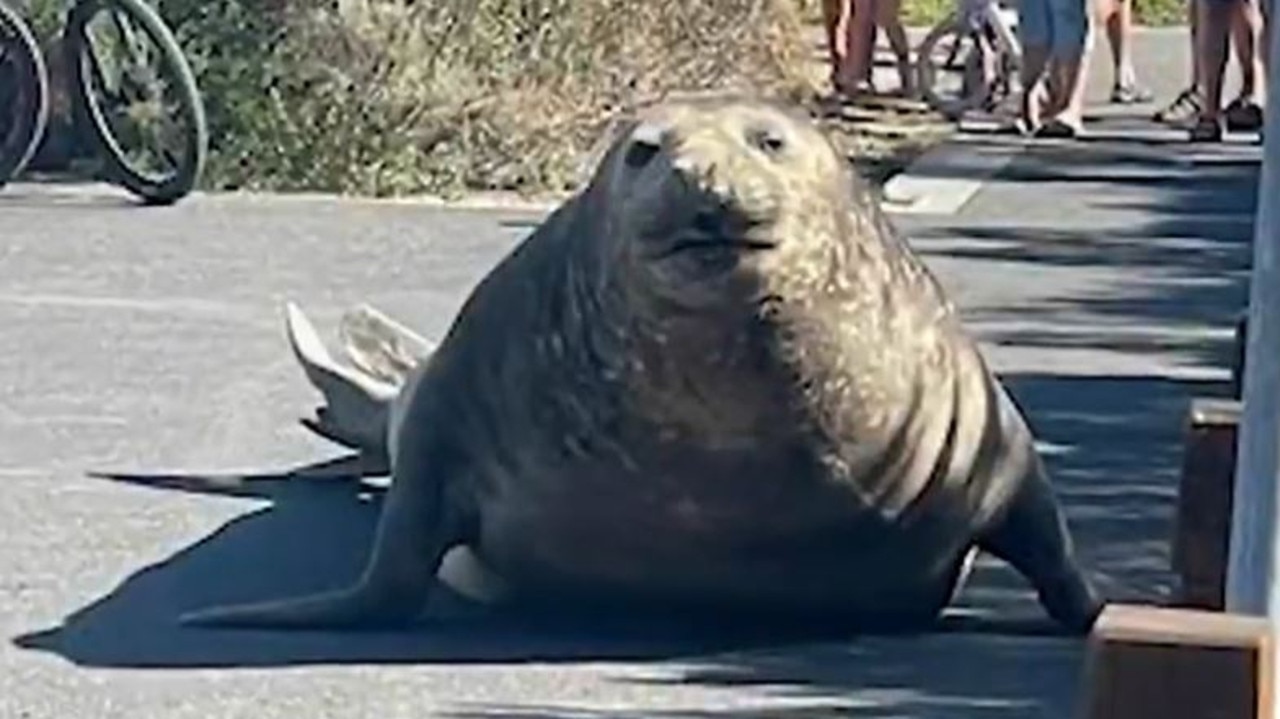 He is well known in the town, with locals delighted by his return. Picture: 9NEWS

The behemoth drew in a large crowed of delighted locals who watched as he made his way down the street, and even attracted the attention of police officers who helped to clear the area.

Henry has been a popular tourist attraction for years, with his size and laid-back personality nearly getting him into trouble.

It has been reported in the past that the seal left dents in cars and may have even crushed a motorcycle while on a joy ride around Bellarine. 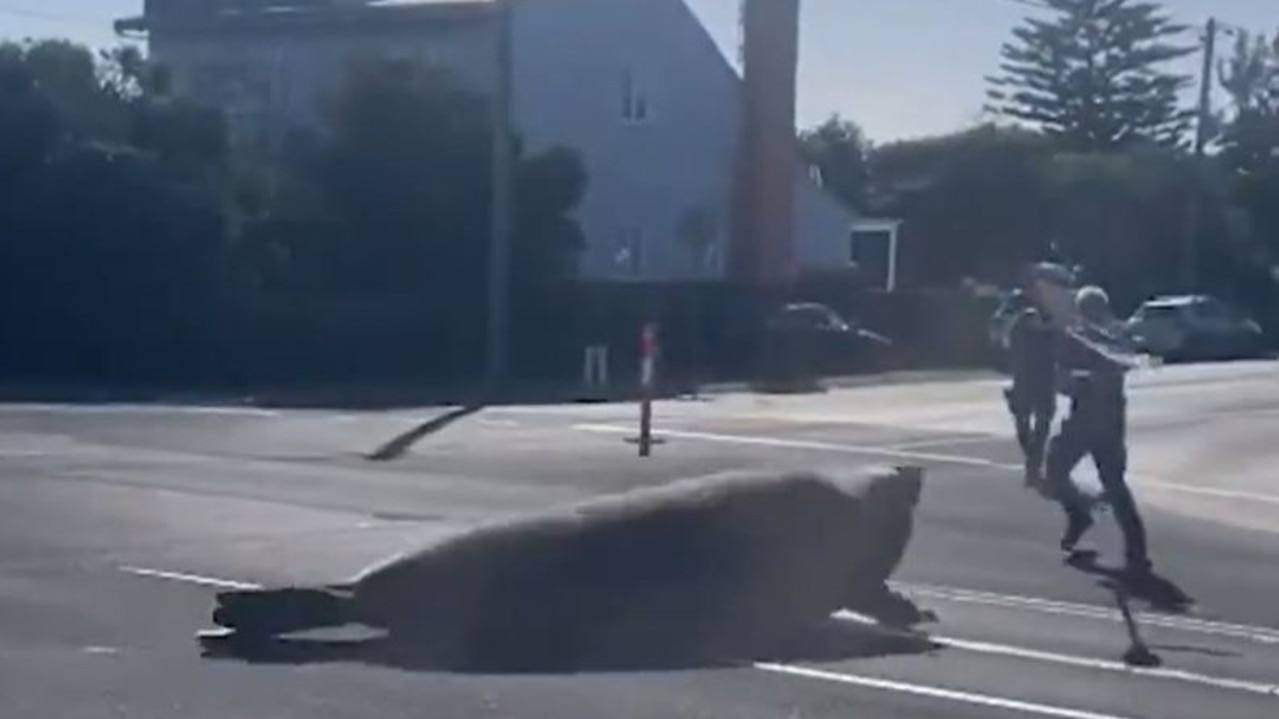 The giant seal made his way up the street. Picture: 9NEWS

“Apparently Henry the elephant seal has been coming to the Barwon Heads region for over 10 years.

“Today he had a little adventure. The man in green is a [Wildlife Victoria] worker and by all accounts did a great job getting him back in the ocean.”

Her followers instantly fell in love with Henry and his antics.

Other locals stated that this may not be the original Henry, but a lively relative.

“Henry was a frequent visitor to Point Lonsdale and Geelong starting the early 2000’s,” one wrote.

Henry the seal tried to get inside a local service station, smashing a window. Picture: Instagram

“He hasn’t been seen for nearly 10 years. I would love this to be him as I used to volunteer to look after him when he was on land to keep him safe.

“But I would say this is another curious seal”

“My son was OBSESSED with the original Henry the seal when he was around three-years-old,” another said.

A Victoria Police spokesman told the Herald Sun that Henry was looked after by Wildlife Victoria who eventually helped the local enigma safely back to the sea.