Aussies have been left outraged over the “ridiculous” prices a mystery business is charging for condiment packets.

The stunned buyer shared an image on Reddit of Masterfoods Barbeque and Tomato sauce squeeze-on sachets listed for $1 at an unknown store in Western Sydney.

The user, u/ejsl018, shared the picture to the Sydney Reddit group, along with the caption: “Inflation in the wild in Western Sydney”.

The sauces, which are usually free or $20c, are the latest food items to become victim to Australia’s rising cost of living crisis. 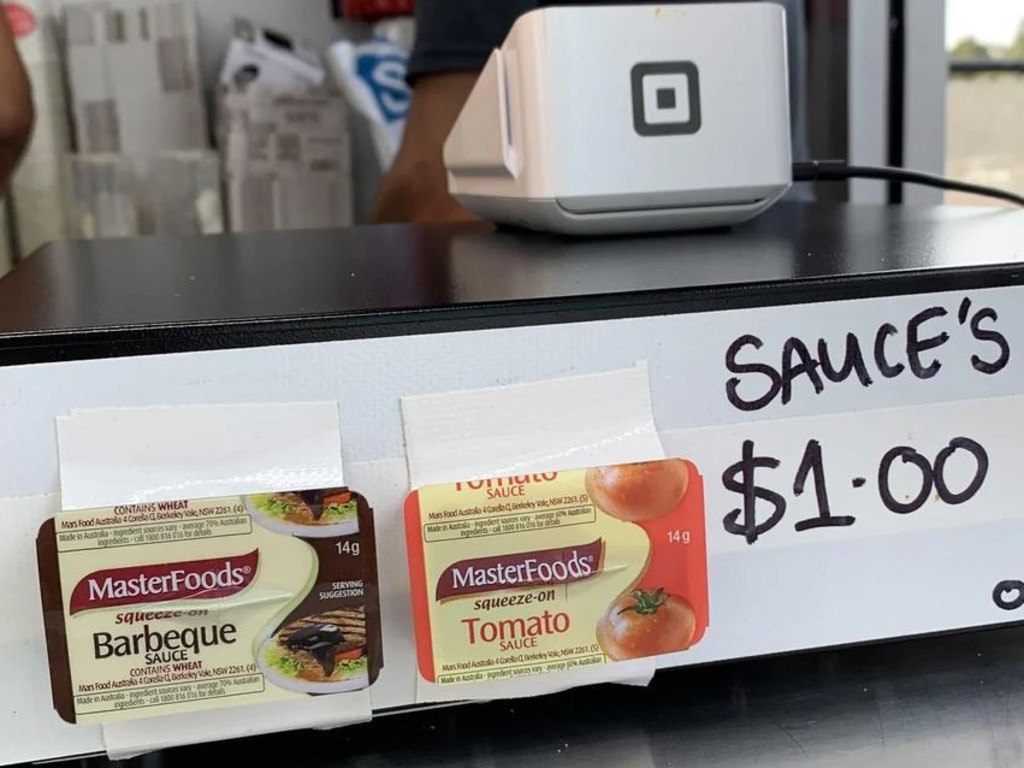 The “stupid” $1 price tag has been called “un-Australian” by others online who claim rising prices are being felt across the country.

“I was just at a bakery at Westfield. The cashier asked me if I wanted sauce. I thought it was free said yes and she just charged me $1,” one commented online.

Others called for the business to be “named and shamed” for their prices.

“I wouldn’t want to buy their food – this is blatant money grabbing,” another said.

“Respectfully tell them to get f***ed. Sauce is free with pies in servos, I would be purchasing your food elsewhere.”

Some Aussies defended the business, claiming the government’s treatment of small businesses made the price hike inevitable.

“No what’s unaustralian is the way the government treat small business, wages, taxes and rental prices, making all theses nearly impossible to run without these kind of mark-ups,” one said.

“Just walk away, no use complaining to the 16 year old girl working there for minimum wage.”

The rising prices come after the Australian Bureau of Statistic’s consumer price index inflation reached 7.3 per cent in September 2022 — its highest in more than three decades.

Goods accounted for more than three-quarters of that rise over the past year, due to supply constraints, prolonged demand and increased freight costs.