An Adelaide restaurant owner has managed to take a brutal review in his stride with a response to the disgruntled customer that was all class.

In a Google review of Rundle St establishment Yiasou George, one recent customer, Alex, was not impressed, going as far as wishing “cancer” on the owner. 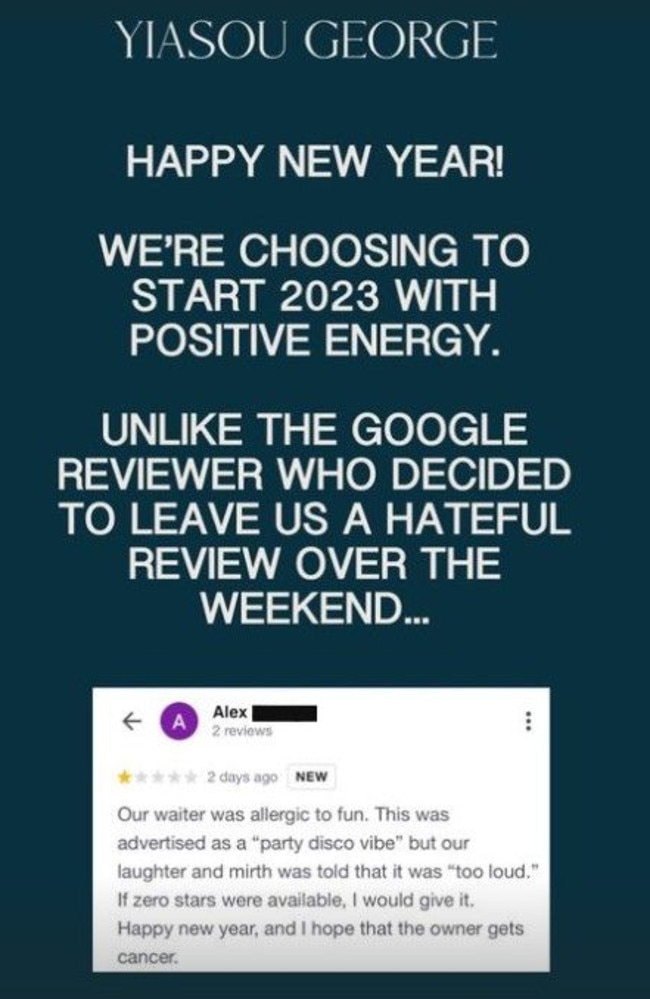 “Our waiter was allergic to fun,” they wrote.

“This was advertised as a “party disco vibe”, but our laughter and mirth was told that it was “too loud”.

“If zero stars were an option, I would give it.”

Then Alex took the feedback to a truly dark place.

“Happy new year, and I hope the owner gets cancer,” they concluded. 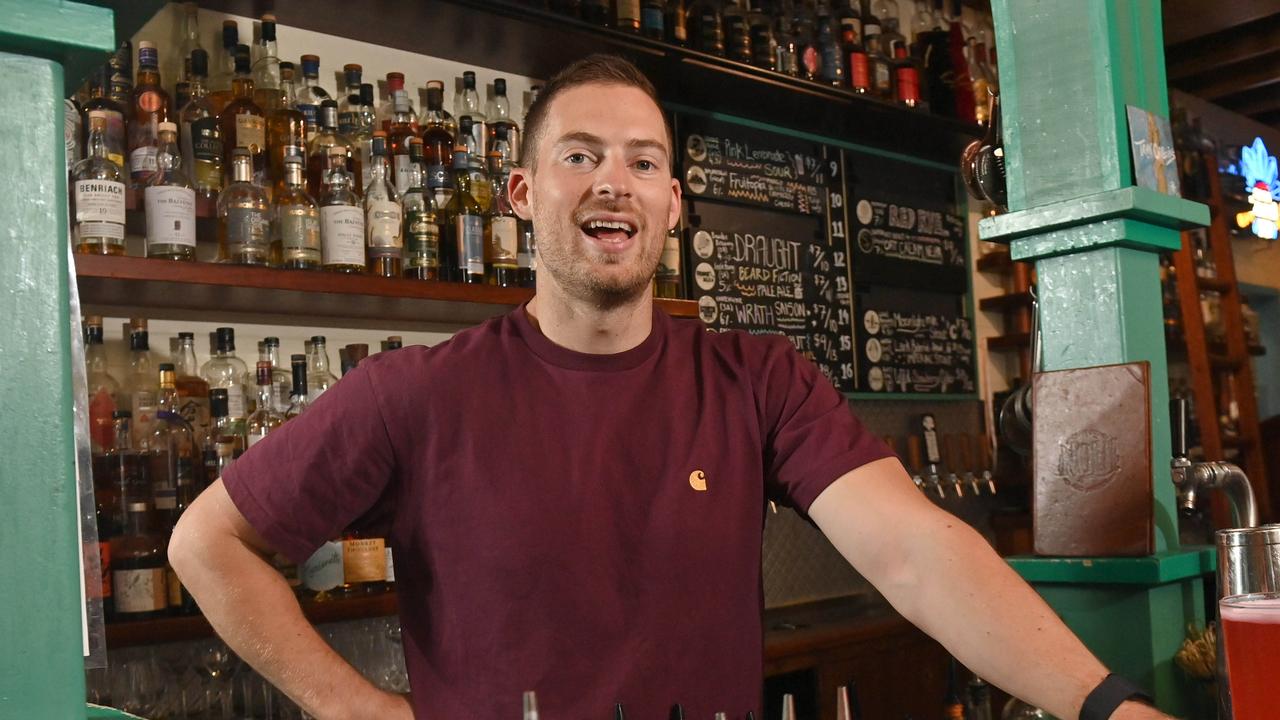 However, owner Oliver Brown, who also runs the local hospitality collective, The Big Easy Group, was determined not to let the review dampen 2023.

“It’s the owner here – the one you wished cancer on,” he wrote.

“At Yiasou George, we love seeing our customers having fun, but my staff inform me you had already had a bit too much fun before you arrived, and they politely asked you to respect the other people dining in the restaurant,” he responded to the review on Google.

Mr Brown then moved to the more distressing part of the patron’s review, revealing a surprising display of charity.

“What isn’t very fun is cancer. And it’s not very funny to wish it upon restaurant staff who are doing their jobs,” he continued.

“We’ve donated the full amount of your meal to the Cancer Council.” 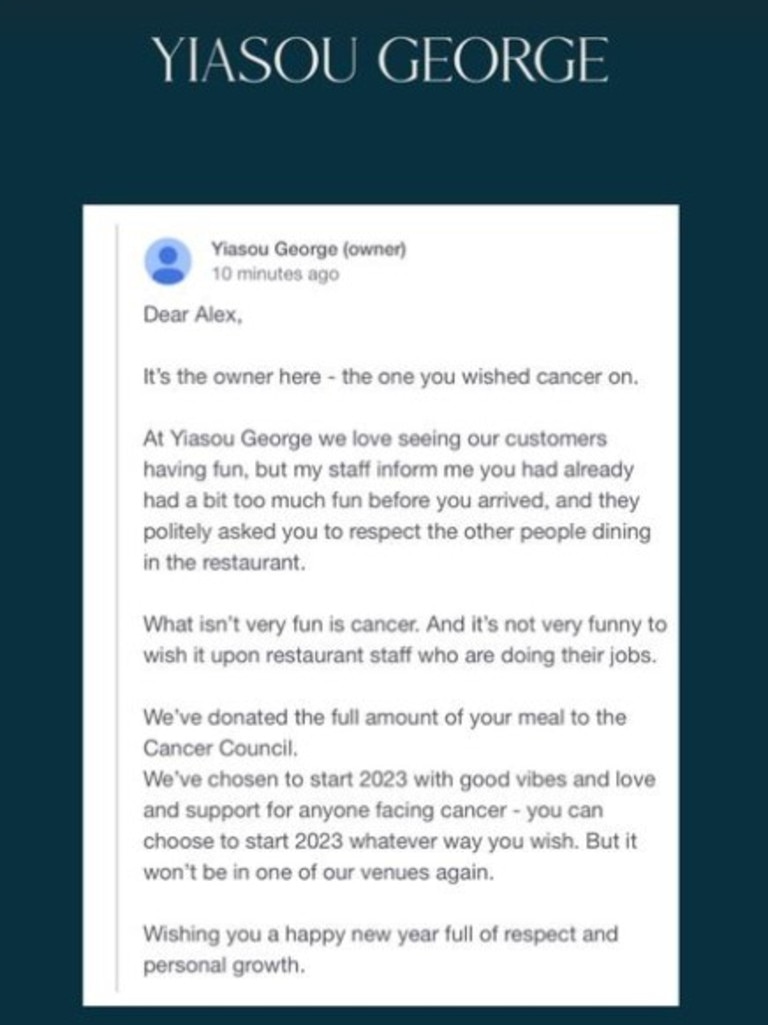 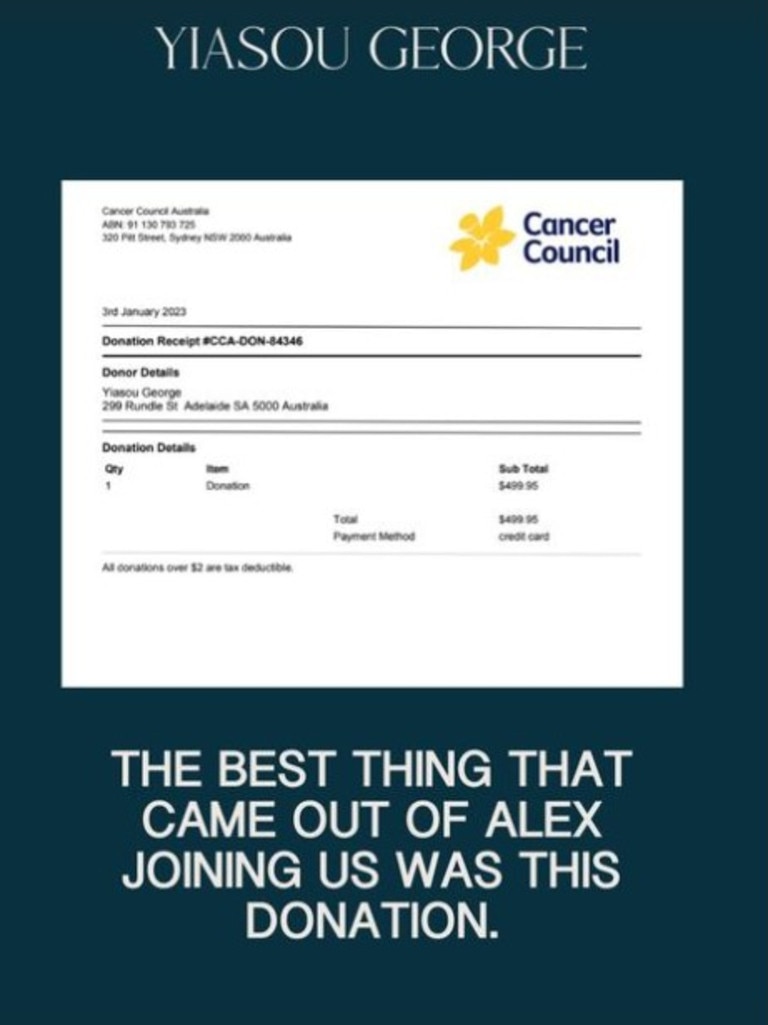 Yiasou George donated the money made from the patron to the Cancer Council. Picture: Instagram/ @yiasou_george

The bar had donated $499.95 – the amount spent by the group – to the Cancer Council while telling Alex never to darken his doors again.

“We’ve chosen to start 2023 with good vibes and love and support for anyone facing cancer – you can choose to start 2023 whatever way you wish,” he said

“But it won’t be in one of (The Big Easy Group’s) venues again.”

“Wishing you a happy new year full of respect and personal growth.” 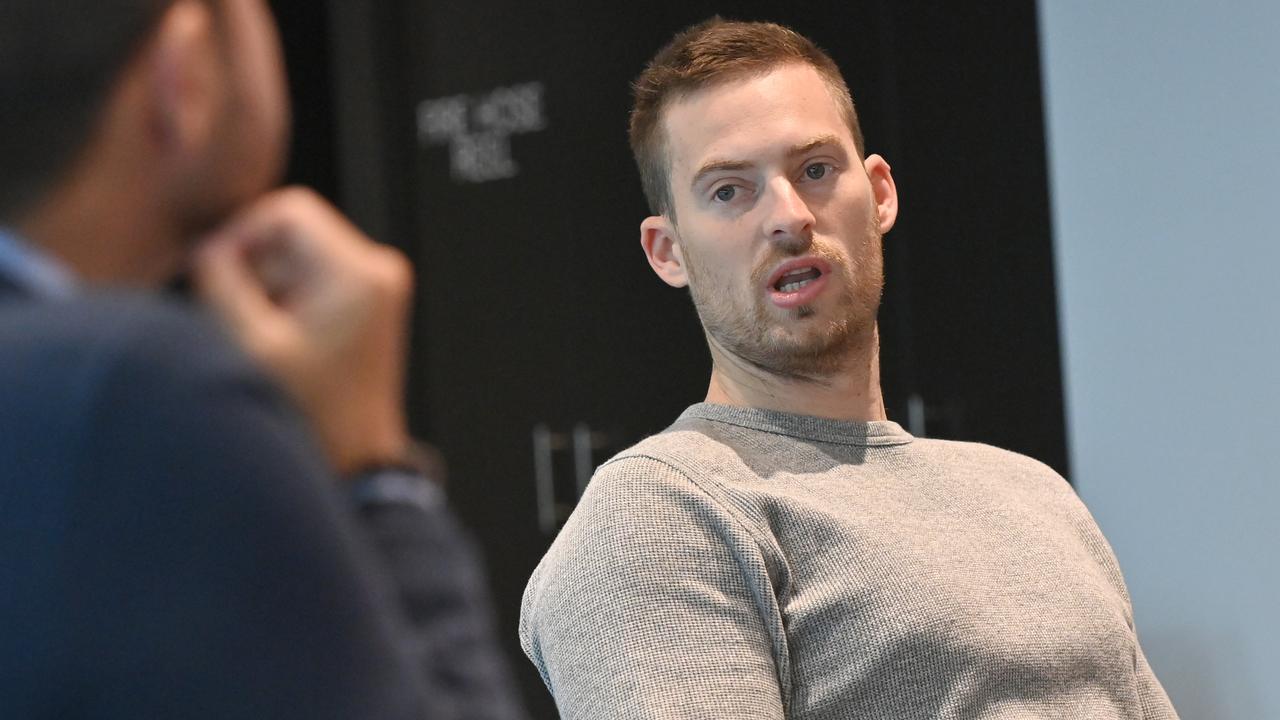 Mr Brown told his local paper, The Advertiser, that his staff handled the interaction with the review without fault.

He was lauded for his response by his peers in the hospitality sector on LinkedIn.

“You’re a champion Ollie. Well done on how you handled this low life. Who would ever dare to write a review and wish cancer on anyone?” one wrote.

“Very classy move! Mistakes happen in hospitality, and most of the time, with proper communication, can be fixed,” another added.

“People need to realise that leaving disgusting reviews like this just won’t be tolerated.”

And it appears Alex has retracted the review after stewing on it or perhaps after seeing the generous side of Mr Brown.