A convicted fraudster and former NSW MP and his son have made a bid for freedom as they appeal criminal convictions for misuse of public office.

In July 2021, former Labor MLC Edward “Eddie” Obeid and his son Moses Obeid, along with another former minister, Ian Macdonald, were found guilty of conspiring to commit misconduct in public office.

The conviction came as Justice Elizabeth Fullerton found the trio had been conspiring in a scheme over a mining exploration licence that would have benefited the Obeid family by $30m. 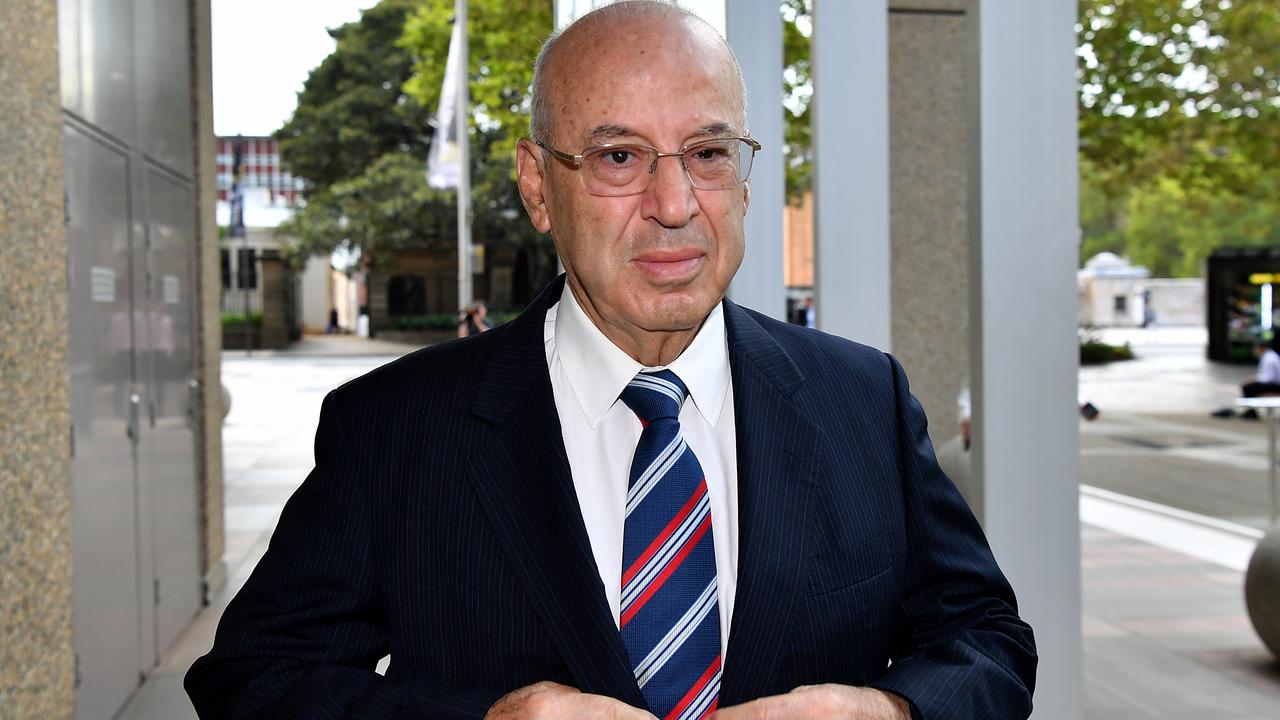 Eddie Obeid has asked a court to grant him and his son bail. Picture: Joel Carrett

The Crown alleged the trio had agreed Macdonald, then the mineral resources minister, would “do what he could, if and when the opportunity presented” when it came to the coal exploration licence at Mount Penny and the Obeid’s financial interests.

On Tuesday, Moses and Eddie asked the court to grant them bail as they wait to appeal Justice Fullerton’s guilty verdict in April of 2023.

Counsel for Moses and Eddie Obeid told the NSW Supreme Court there were exceptional circumstances in which there were grounds for the pair to be released on bail.

They argued that with the upcoming appeal set for April of next year, the pair, if bail was to be refused, would spend around half of their non parole periods behind bars if the appeal was successful.

Defence counsel for Moses Obeid said it would be a miscarriage to allow the offenders to stay in jail until the appeal has been determined.

In order to be successful in gaining bail, the Judges said counsel for the Obeids must determine there are exceptional circumstances to grant bail.

Matthew Kalyk, for Moses, spoke on behalf of both men, claiming the trial judge erred in finding the conspiracy and misconduct occurred before May 9, 2008 as the prosecution case required it to be.

“The issue is, the hearing is not listed until April; even if it were to be done as expeditiously as (the court) might have in mind, it still is the reality that Moses would have served the substantial part of his custodial sentence,” Mr Kalyk said.

“The other circumstance that we rely upon is the fact Moses Obeid does not pose a flight risk; he has a long and demonstrated history of complying with bail.

“We say those factors weigh very heavily, and that really weighs into the hardship factor and the balance of justice in this case and that it does make it an exceptional case.

“We say the appeal is either strong or has sufficient merit to give rise to a real concern that injustice shall follow if bail is refused.” The court also heard Eddie Obeid had experienced medical issues while in custody, as he requires injections in his eyes once a month and for many reasons had been unable to receive them.

Mr Rogers, for Eddie, said his client’s eye condition which requires the monthly treatment should also be taken into consideration when granting bail.

“Although Mr Obeid does require these monthly injections, there’s only been one appointment in May,” Mr Rogers said.

“A June appointment was cancelled as he did not wish to attend in handcuffs.”

Ms Elizabeth Nicholson for the DPP said even if the appeal proceedings were lengthy, Moses would not have reached the entire length of his non-parole period if bail was refused.

“It is accepted that Moses Obeid would have served, at the time of hearing of the appeal in April, approximately half of his non-parole period,” she said.

“The Crown position is that there is no realistic possibility that the non-parole period will expire or come close to expiring prior to determination of the matter, even if it was a matter of months.”

His father was sentenced to seven years in prison, with a non-parole period of three years and 10 months.

The court will reconvene at a later date to make a decision about bail.