Four more men have been charged as part of a $1.8bn drug bust, said to be the largest detection of methamphetamines at the Australian border.

Detectives from the NSW State Crime Command’s drug and firearms squad began Strike Force Chellington to investigate the importation of illegal drugs into the state.

They were found to contain 814kg of methamphetamine concealed within marble stone.

Another 1060kg of the drug was found concealed in the same way in additional containers that arrived in August. 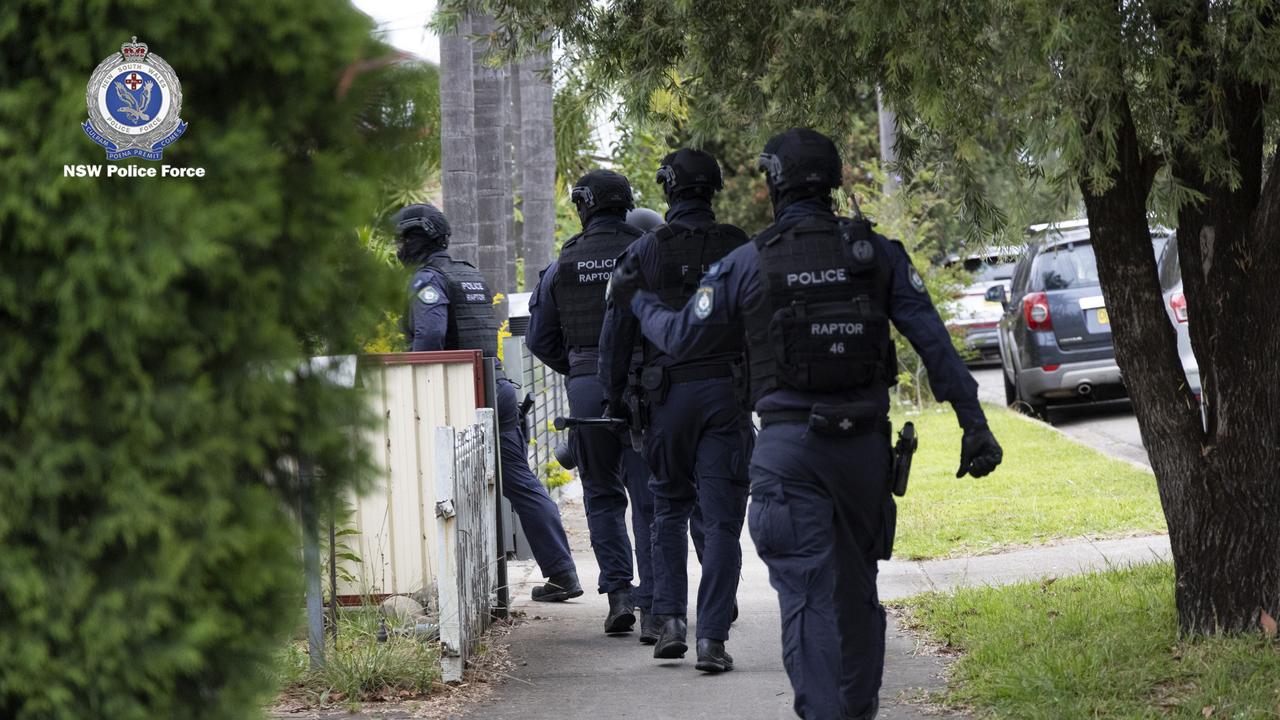 Four more men have been charged in relation to a $1bn drug bust. Picture: NSW Police

All up, more than 2000kg of “ice” has been detected and seized with an estimated street value of more than $1.8bn.

Seven men were charged, all aged between 21 and 34, and they remain before the courts.

Police then raided homes in the Sydney suburbs of Auburn, Lidcombe and Berala about 6.30am on Wednesday.

During the searches, police seized another 1.5kg of methamphetamine, about $100,000 in cash, 100kg of illegal tobacco, electronic devices and documents.

All of the seized items will undergo further forensic examination. 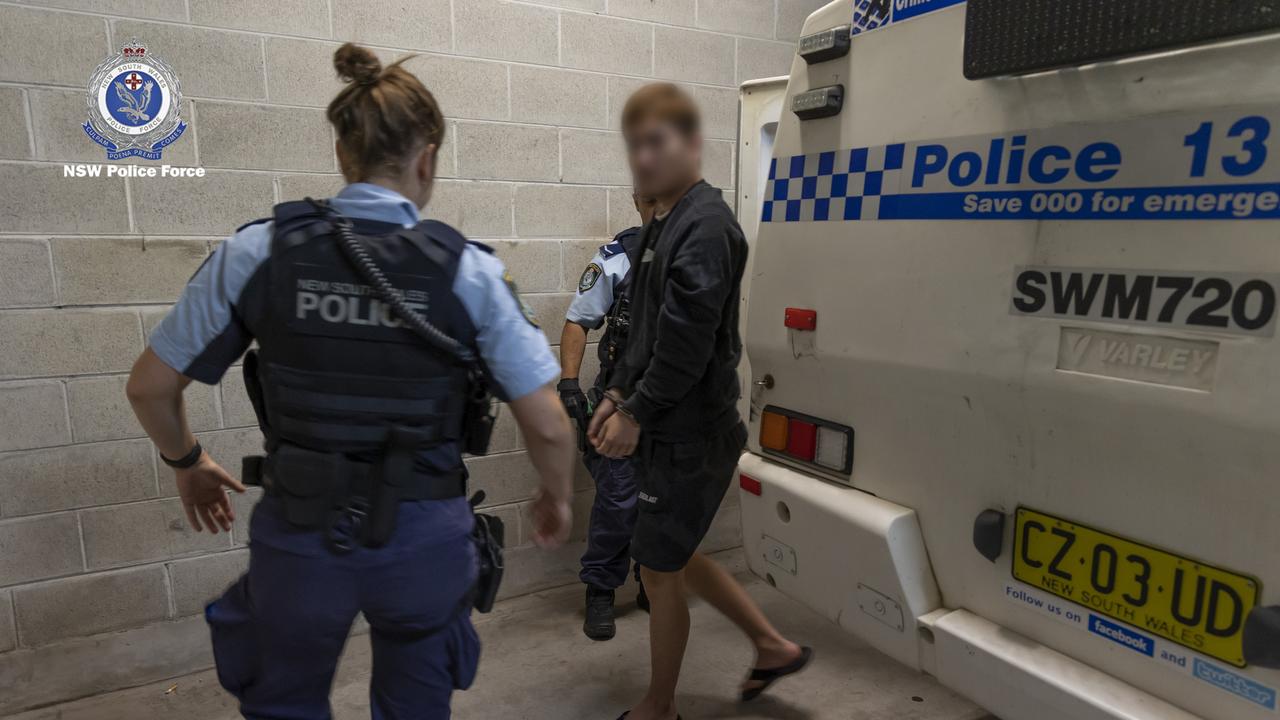 Four houses were searched on Wednesday, with $100,000 in cash seized along with drugs. Picture: NSW Police

All three men were refused bail to appear at Burwood Local Court on Thursday.

The 35-year-old man was charged with knowingly deal with the proceeds of crime and was granted conditional bail to appear at Burwood Local Court on Thursday, February 2, 2023. 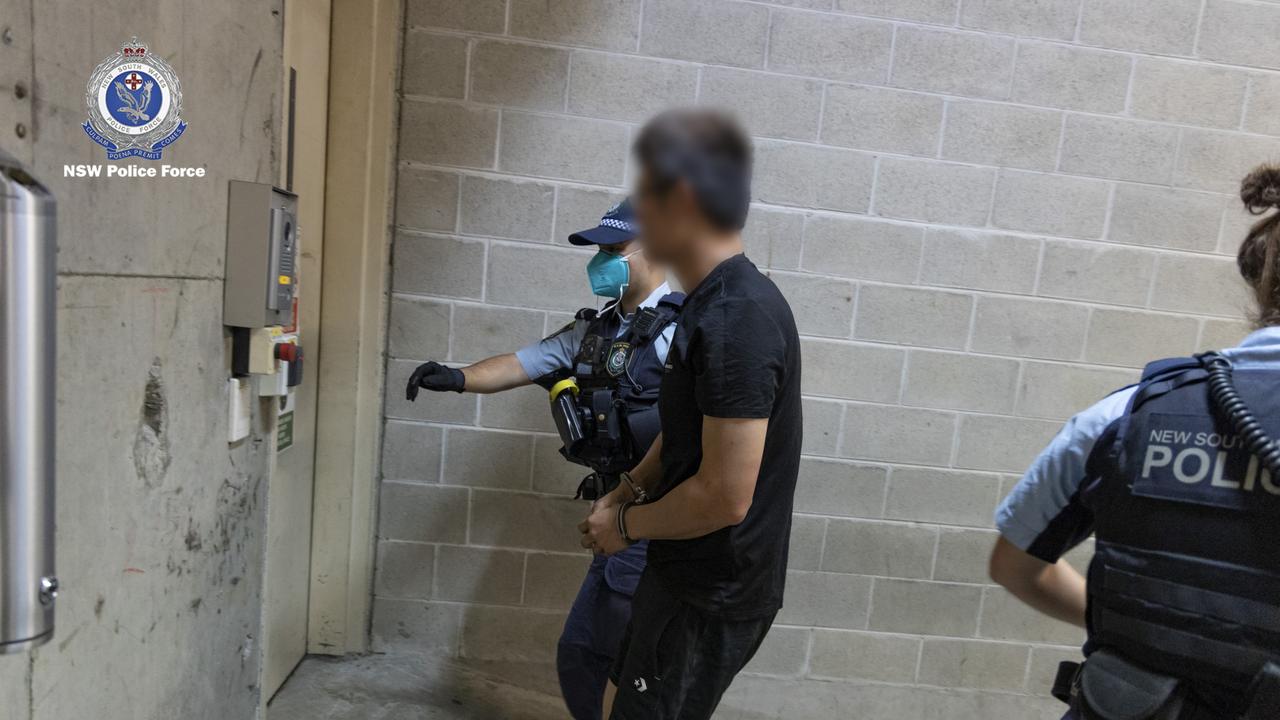 On Thursday, Detective Chief Superintendent Jason Weinstein said the syndicate involved both onshore and offshore parties and was “very sophisticated.”

He said the plan to hide the drug shipments inside marble as an attempt to sneak it into the country was advanced, as those looking with a “naked eye” would likely miss it.

“The actual impregnation of items inside marble, which is then reconstructed to obviously on the face value, when you look at it with the naked eye, you think it’s all good, but it’s the technology and the abilities of the Australian Border Force to detect those items that are coming through in their screening processes that is able to then detect and stop this stuff from coming into the country.

“So very sophisticated, the methodologies that they use.”

He said NSW officers would be working with the AFP and international law enforcement to seek out offshore parties responsible for the shipments.

“Utilising our strong relationships with the Australian Federal Police and international law enforcement, we continue to seek those individuals who are offshore trying to harm our country,” Superintendent Weinstein said.

“The reality is the consumption for drugs in this country is significant. Whether it’s cocaine, whether it’s ice, we know that ice itself is one of the most addictive substances that is on the illicit drug market currently.

“I’m not saying that that $1.8bn would be used solely in NSW – we know that syndicates operate across this country.”

He said the containers holding the drugs had passed through the UAE, but that was not an area police believe the drugs originated from.