Four people have reportedly died and several others have been injured after two helicopters collided near Sea World on the Gold Coast.

A Queensland Ambulance spokesman said 13 patients were being assessed after the collision, which occurred at about 2pm, local time.

Images show both of the helicopters involved lying on the sand, having suffered serious damage, with emergency workers swarming around them. At least one aircraft bears the words “Sea World Helicopters”.

The Gold Coast Bulletin reports the collision left a pilot and three passengers from one of the helicopters dead. Three more passengers from the aircraft, a woman and two young boys, are in a ctirical condition and have been taken to Gold Coast University Hospital.

The pilot of the other helicopter, who was carrying five passengers, reportedly managed to land on a sand bank in the middle of the Broadwater, preventing any further deaths. 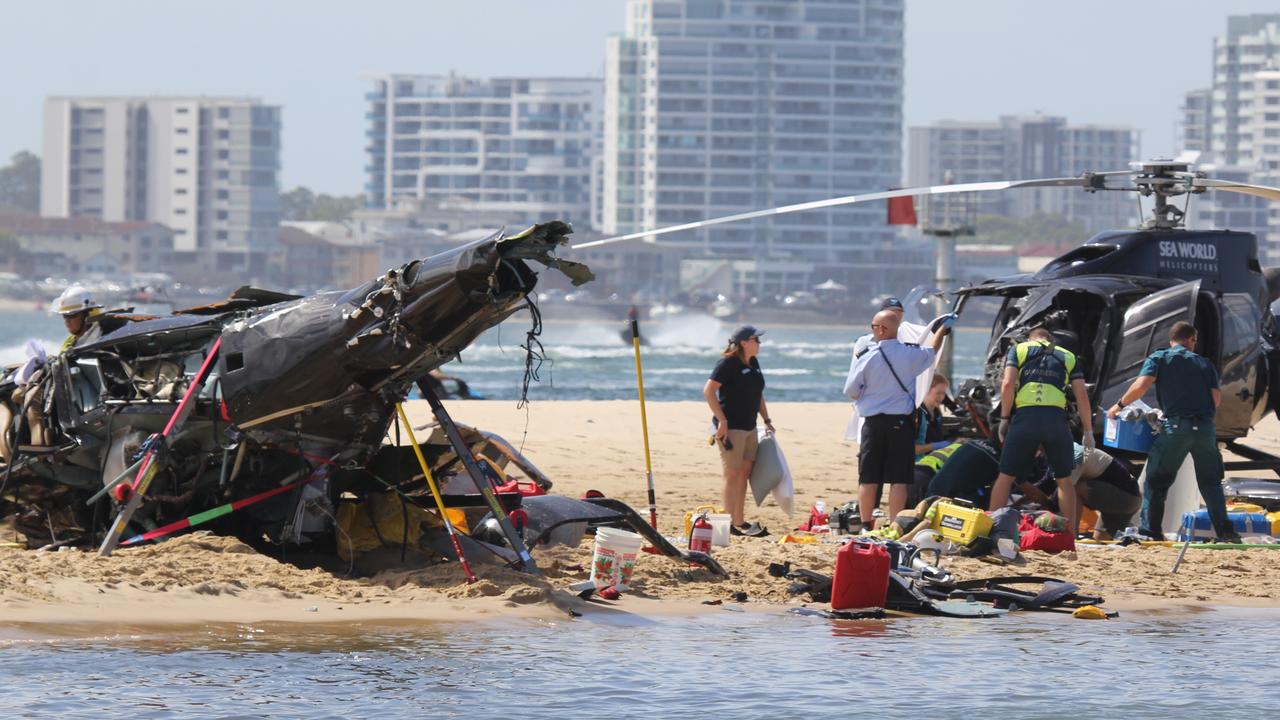 The two helicopters on a sand bank on the Broadwater, near Sea World. Picture: News Media Network 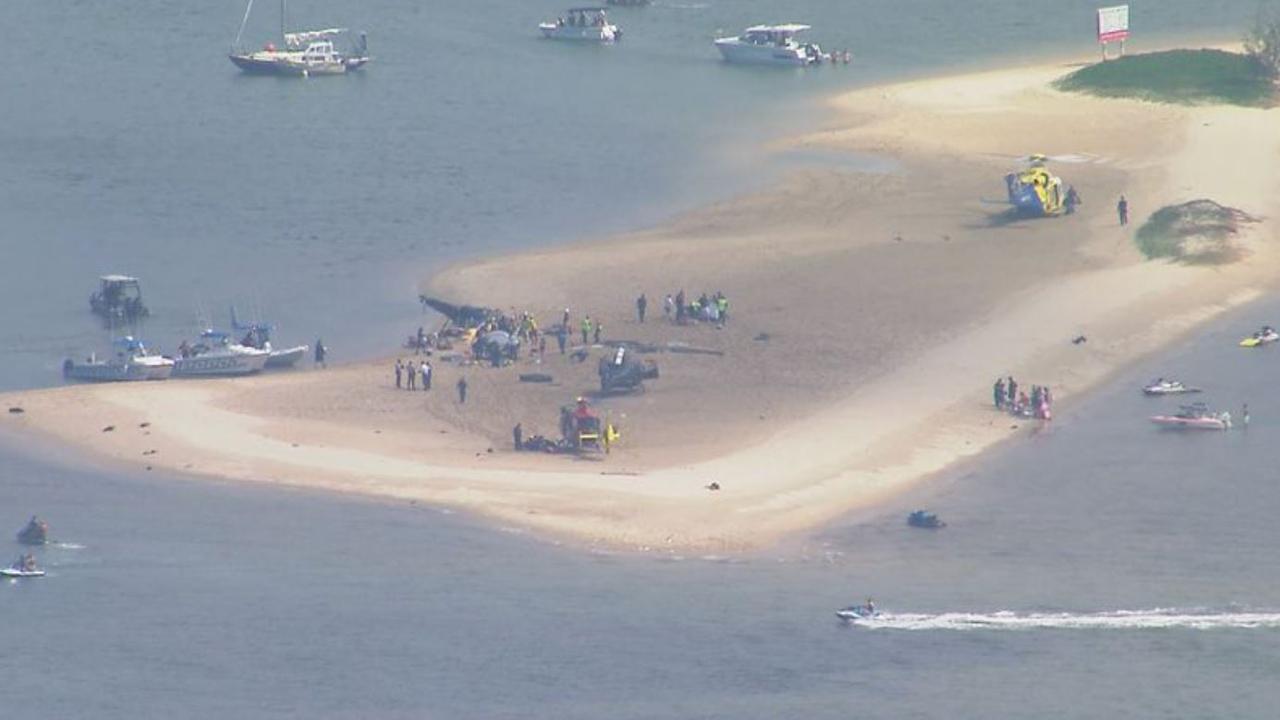 An image of the scene. Picture: 9 News

SeaWorld Drive has been closed to traffic and the public has been urged to avoid the area.

A Queensland Police spokesman confirmed one helicopter managed to land following the collision but could not confirm how many people had died.

“Early investigations indicate that the crash occurred around 2pm when two helicopters came into contact with each other. One managed to successfully land,” police said.

“There are injuries in the other helicopter, with emergency services working at the scene.”

The Gold Coast Bulletin reports two witnesses, Dang Nguyen and Julie Gill, said they had seen “two helicopters crash into each other”.

And another witness wrote online that her daughter saw the incident.

“People on both (helicopters). Landed on the sand not in Sea World thank goodness. Just praying for all. Hope this is not a tragedy.”

“We heard a loud noise and saw bits of debris flying,” another person wrote.

A man inside Sea World at the time of the apparent crash with his young son described hearing “a massive bang”.

“I was just walking my son and some Sea World staff were running outside. Didn’t really know what had happened but there was a massive bang,” John told 3AW.

“They’ve closed that side of the park now so people can’t look out the side into the water. Pretty scary stuff.”